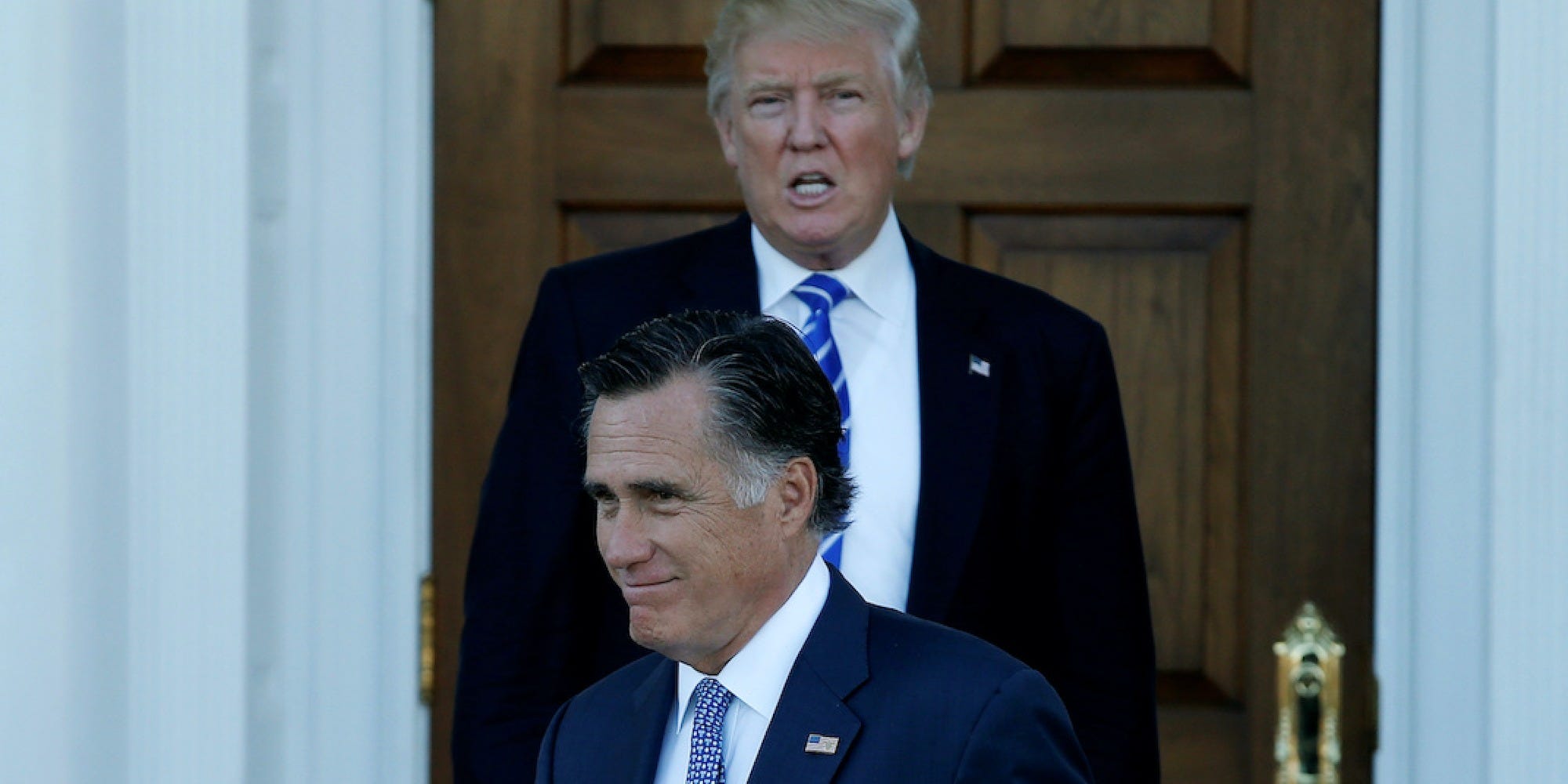 Mike Segar/ReutersDonald Trump looks on as Mitt Romney exits their meeting at the main clubhouse at Trump National Golf Club in Bedminster, New Jersey, on November 19, 2016.

Senator Mitt Romney has denounced Trump’s firing of a string of officials whose role is to investigate allegations of misconduct in federal government departments as a “threat to accountable democracy.”

The tweet was prompted by Trump’s decision Saturday to fire State Department Inspector General Steve Linick at the request of Secretary of State Mike Pompeo. The New York Times reported that Pompeo was under investigation by the watchdog.

“The firings of multiple Inspectors General is unprecedented; doing so without good cause chills the independence essential to their purpose. It is a threat to accountable democracy and a fissure in the constitutional balance of power,” the Utah Republican tweeted.

The firings of multiple Inspectors General is unprecedented; doing so
without good cause chills the independence essential to their purpose. It is a threat to accountable democracy and a fissure in the constitutional balance of power.

Linick’s firing follows that of the inspector generals of the Department of Health and Human Services in May, Department of Defence in April and intelligence community, also in April. Democrats have warned the firings are a dangerous erosion of independent oversight of Trump adminsitration officials in key government agencies, and have launched an investigation into Linick’s dismissal.

The Trump adminsitration has claimed that the president acted after losing faith in the officials, who were Obama administration appointees.

The string of dismissals follows Trump’s impeachment in December 2019, which was triggered by a whistleblower complaint that Trump abused his power in seeking politically charged investigations into domestic rival Joe Biden from Ukraine that was upheld by the intelligence community’s inspector general.

Romney, who was the Republican party’s presidential candidate in 2012, is one of Trump’s toughest critics in the congressional GOP, and was the only Republican senator to vote for Trump to be removed from office in January’s impeachment trial.

The President has not provided the kind of justification for the removal of IG Linick required by this law.

Trump has responded by hurling insults at Romney, and tweeted a sarcastic mock-celebration when Romney announced he had tested negative for the coronavirus in March following a health scare.

Romney is not the only Republican who has expressed concern about the dismissal of the watchdogs, with Senator Susan Collins of Maine, a moderate Republican, on Twitter on Saturday questioning the legality of Linick’s dismissal.