Mitt Romney rebuked some of his Republican Senate colleagues, calling January 6 Capitol riots an 'insurrection against the Constitution' 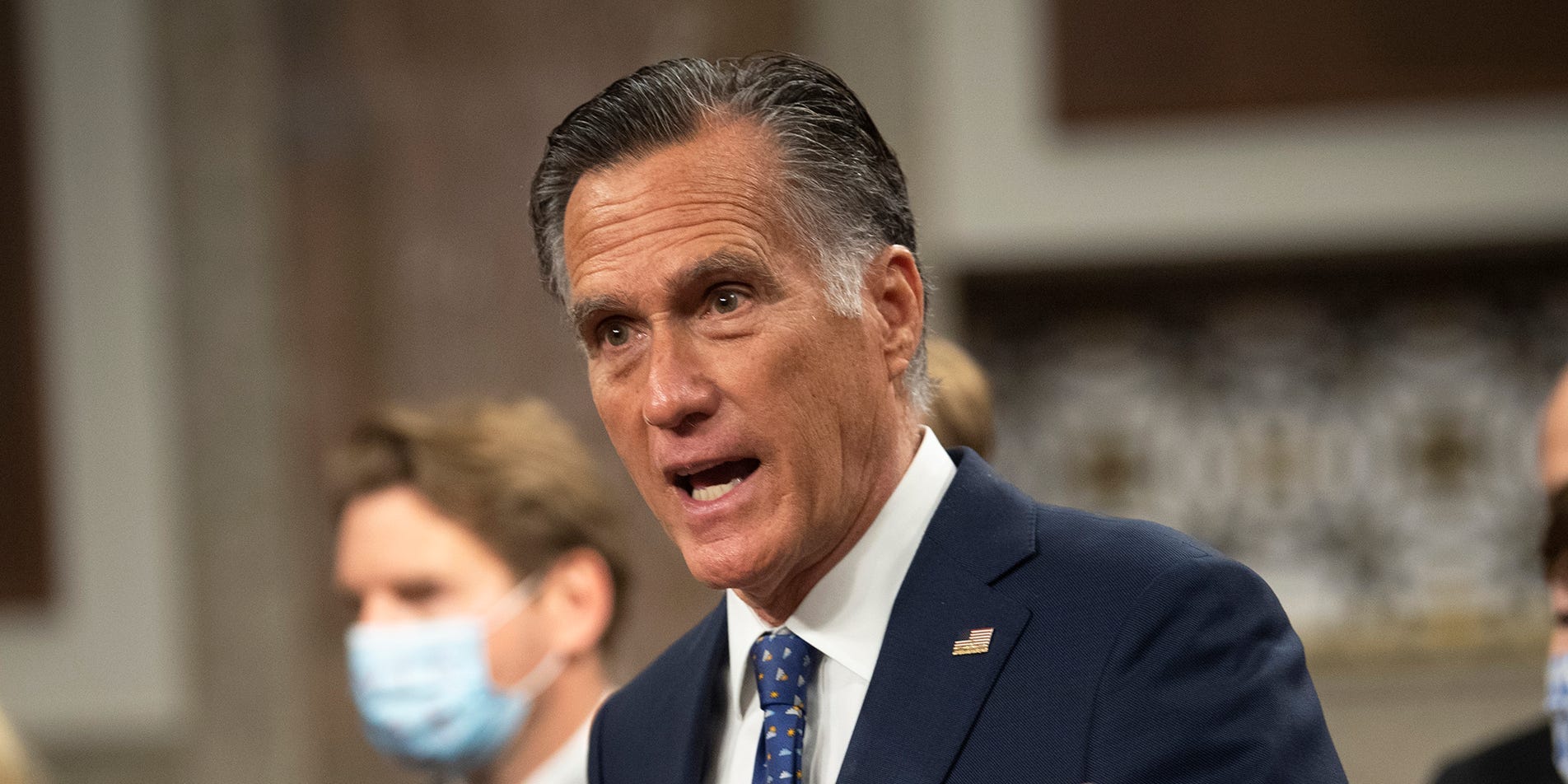 Sen. Mitt Romney called the Capitol attack “an insurrection against the Constitution” following remarks from fellow Republicans trying to downplay the events of January 6.

The Republican senator from Utah was responding to a question from HuffPost reporter Igor Bobic about a House Oversight Committee hearing on Wednesday regarding police preparation during the attack.

Several Republicans spoke out during the hearing to downplay the riots with dismissive comments and baseless claims. GOP Rep. Andrew Clyde said accurately describing the insurrection as such constituted a “bold-faced lie” and compared the pro-Trump mob to tourists.

Hundreds of rioters stormed the Capitol building while Congress was trying to certify the 2020 presidential election results forcing lawmakers, including Romney, to evacuate the building to safety. Footage shows Capitol Police officer Eugene Goodman directed Romney away from the rioters during the insurrection.

Five people died in the insurrection and more than 470 people are facing related federal charges.

Bobic on Thursday asked Romney for his response to Republicans “trying to rewrite history” about the January 6 riot.

“Well, I was there,” Romney said. “And what happened was a violent effort to interfere with and prevent the constitutional order of installing a new president, and as such it was an insurrection against the Constitution, it resulted in severe property damage, severe injuries and death.”

The comment marks the latest instance where Romney openly rebuked Republican lawmakers in the aftermath of January 6. The Washington Post reported that Romney erupted at Republican Sen. Josh Hawley, telling the Missouri lawmaker during a fiery confrontation that he “caused” the riot.

Romney posted on Twitter in the hours after the insurrection to label it as such, in addition to squarely placing blame on then-President Donald Trump.