Day traders are piling into Hertz, JCPenney, and other bankruptcy stocks despite the massive risks 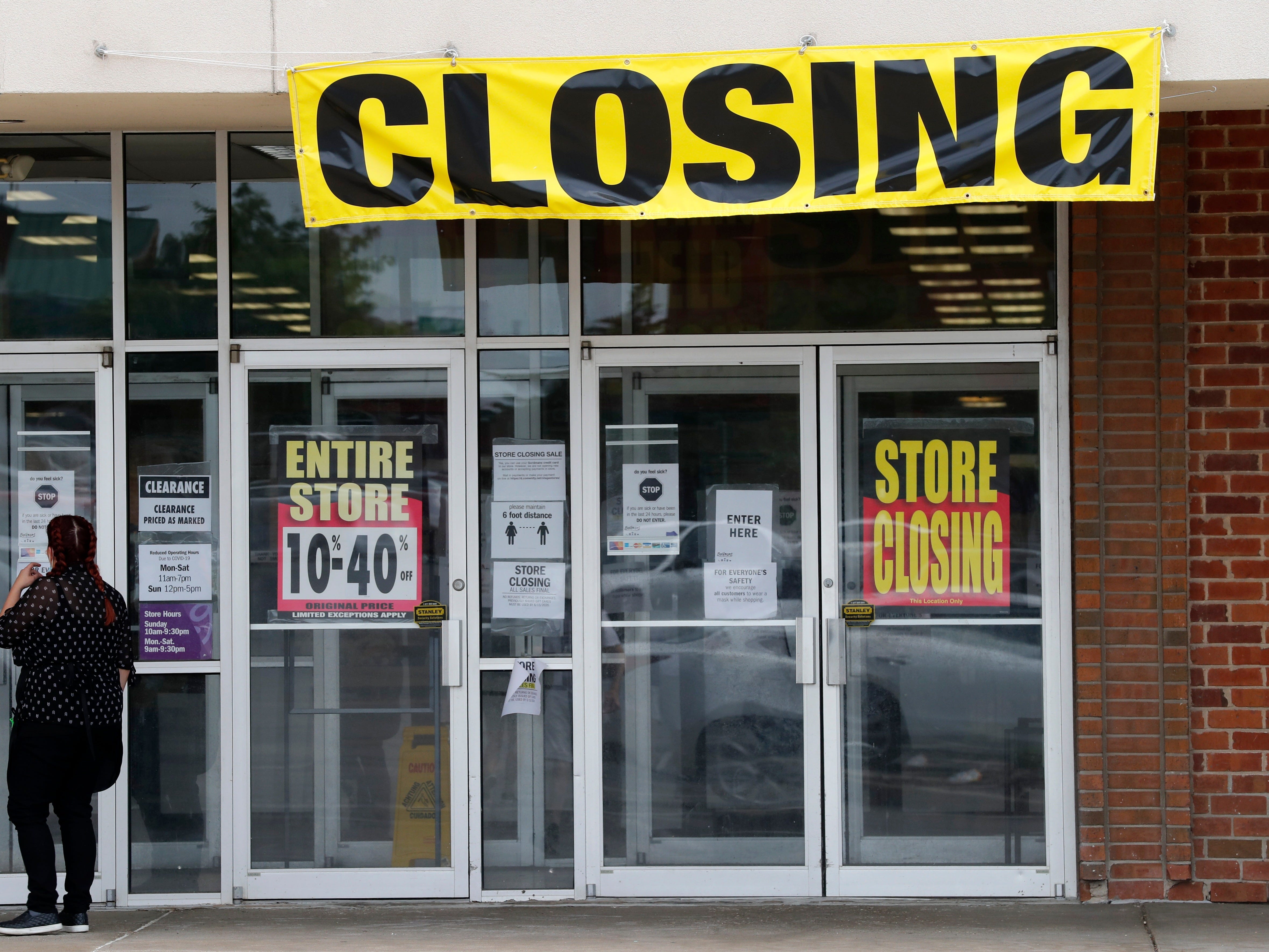 Associated PressA closing Gordmans store in St. Charles, Missouri, in May. Stage Stores, which owns Gordmans, is closing all its stores and has filed for Chapter 11 bankruptcy protection.

Day traders are piling into Hertz,JCPenney, and other bankrupt companies despite the overwhelming odds that shareholders will be wiped out during court proceedings.

“I’ve seen a lot of unusual micro-bubbles over the years,” the Bloomberg editor Joe Weisenthal tweeted on Monday, giving examples such as cannabis, blockchain, and space.

“But I don’t think I’d have ever guessed before that *bankruptcy* itself would be an exciting investment theme,” he added.

Hertz, JCPenney, and Whiting Petroleum have filed for Chapter 11 bankruptcy protection in the past two months, yet their shares rose by more than 95% on Monday. Chesapeake Energy and GNC, which are said to be close to filing for bankruptcy, saw their shares soar by 182% and 106%.

Robintrack, which monitors how many Robinhood users are holding a particular stock, showed a massive surge in ownership of bankruptcy stocks in recent days.


Read more:
MORGAN STANLEY: Buy these 11 stocks right now to reap the strongest possible market-beating returns over the next 3 months

Retail investors may have been lured by their rock-bottom stock prices, unaware that shareholders in bankrupt companies typically walk away with nothing, Kirk Ruddy, a former bankruptcy-claims trader, told Bloomberg.

Courts tend to order bankrupt companies to repay lawyers, lenders, and suppliers before their shareholders. Bonds linked to the troubled companies are trading below their par value, suggesting their creditors won’t be made whole, let alone their shareholders, Bloomberg said.

“No one ever loses equity in a bankruptcy case,” a judge told JCPenney shareholders last month, according to Bloomberg. “Equity gets lost long before the case is filed.”


Read more:
‘The real opportunity is in individual stocks’: A Wall Street research chief shares 5 picks that are poised to thrive in a world after COVID – including a retailer that could double from today’s levels

The billionaire investor Carl Icahn was undoubtedly aware of that when he dumped his 39% stake in Hertz at an almost $US2 billion loss in late May, days after the car-rental giant filed for bankruptcy.

Retail investors have rushed to fill the void he left: Hertz stock has rocketed up nearly 900% from its low of $US0.56 on May 26.

Similarly, JCPenney stock has surged more than 150%, and Whiting has rebounded more than 800% since the companies entered Chapter 11 bankruptcy protection.

However, all three stocks trade at a fraction of their price at the start of this year.

Correction: A previous version of this story said that Robinhood traders were buying JCPenney stock, but they haven’t been able to buy the stock for several weeks, following its delisting from the New York Stock Exchange in May. JCPenney now trades under the JCPNQ ticker on over-the-counter or OTC markets.