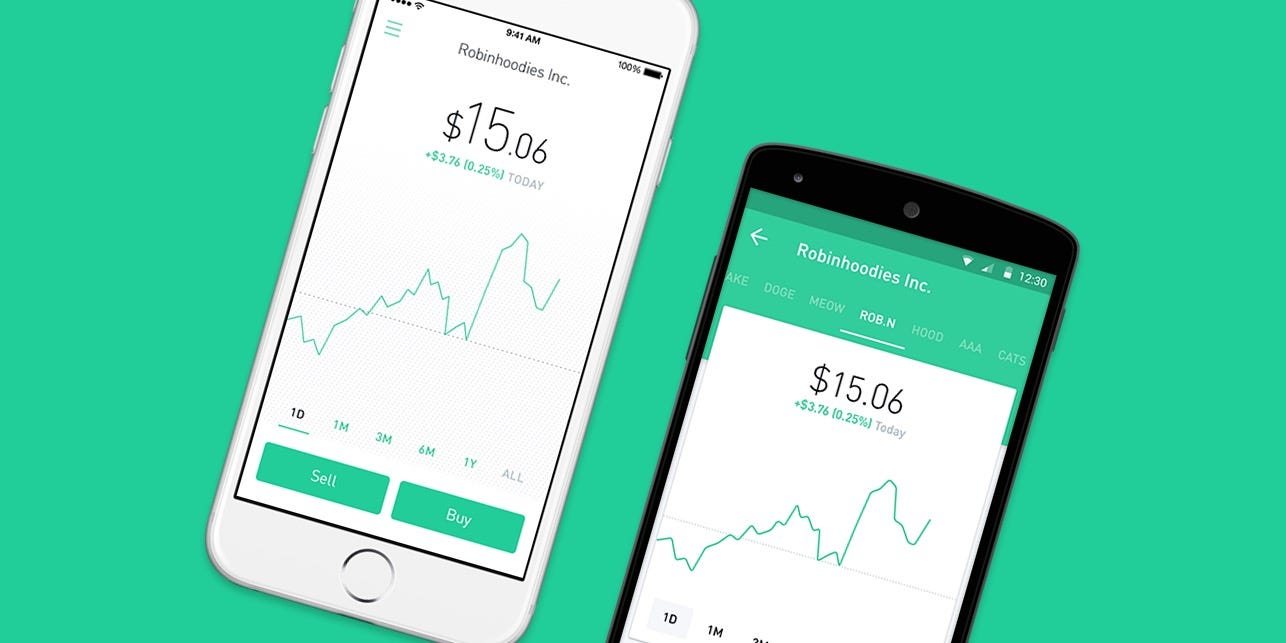 Robinhood made more from individual first-quarter trades than its legacy rivals, according to Piper Sandler research.

The discount brokerage made $US0.0024 for every stock trade, beating out TD Ameritrade, Charles Schwab, and E-Trade. Equities trades netted Robinhood more than $US31 million, second to TD Ameritrade’s nearly $US73 million windfall. Charles Schwab and E-Trade brought in roughly $US22 million and $US19 million, respectively, according to Piper Sandler.

Robinhood was likely able to charge a higher rate due to greater profitability in its order flow, managing director Richard Repetto and analyst Kyle Robinson wrote in a note to clients. The relatively young firm also receives a fixed rate per spread, while other brokerages charge a fixed per-share rate. 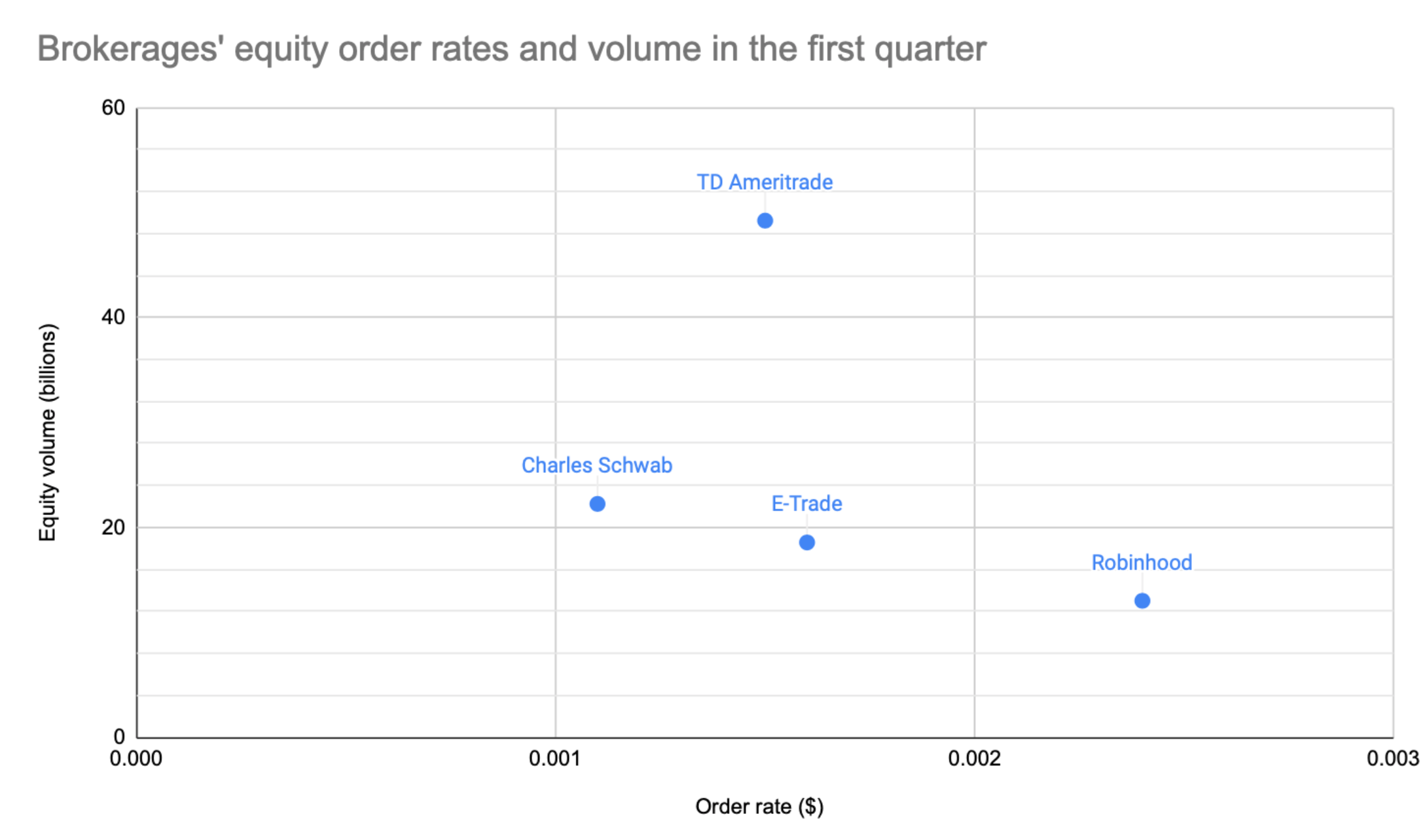 Brokerages source some of their revenue by sending stock orders to market-makers. By charging a higher rate than rivals for each of its equity trades, Robinhood was able to bring in more than Schwab and E-Trade despite handling a smaller volume of transactions.

Robinhood made the second-most for every options trade, taking in $US0.0048 per contract to TD Ameritrade’s $US0.0053. The newer brokerage saw nearly as much trading activity with options as it did with stocks. Users traded about 12.4 billion options contracts and 13 billion stocks over the first quarter.

Piper’s report tracks the early stages of a massive influx of retail investors to the stock market. As institutional investors sat out much of the market’s recent run-up out of fear of a second slump, retail traders piled into airline, cruise, and retail stocks as hopes for a smooth economic reopening fuelled a broad rally. Goldman Sachs analysts said in a mid-June note that retail investors garnered more returns this year than hedge fund and mutual fund managers.

Robinhood investors, in particular, have taken on new fame among Wall Street’s biggest players. Users ratcheted up volatility for bankrupt firms including JC Penney and Hertz hoping for a miraculous rebound from insolvency. Where some of the world’s most legendary investors warned against such bets, casual investors locked in massive gains in the highly speculative plays.

The historically expensive S&P 500 could be seeing a loss of reopening optimism, Bank of America says


We spoke with 3 financial experts, who said to make these 4 trades right now to get ahead of surprising gains when earnings season starts next month