How the Army's 'Robin Sage' puts Special Forces hopefuls to a final, make-or-break test in the forests of North Carolina

US Army/K. KassensSpecial Forces candidates engage a target during the evaluation and final phase of field training known as Robin Sage in central North Carolina, July 16, 2019.

Robin Sage is a four-week exercise that all Special Forces candidates must pass before they graduate and don the coveted Green Beret.

Named after Col. Jerry Michael Sage, an Office of Strategic Services (OSS) operative who was captured by the Nazis and attempted to escape more than 12 times before succeeding, Robin Sage is the culminating exercise of the Special Forces pipeline. 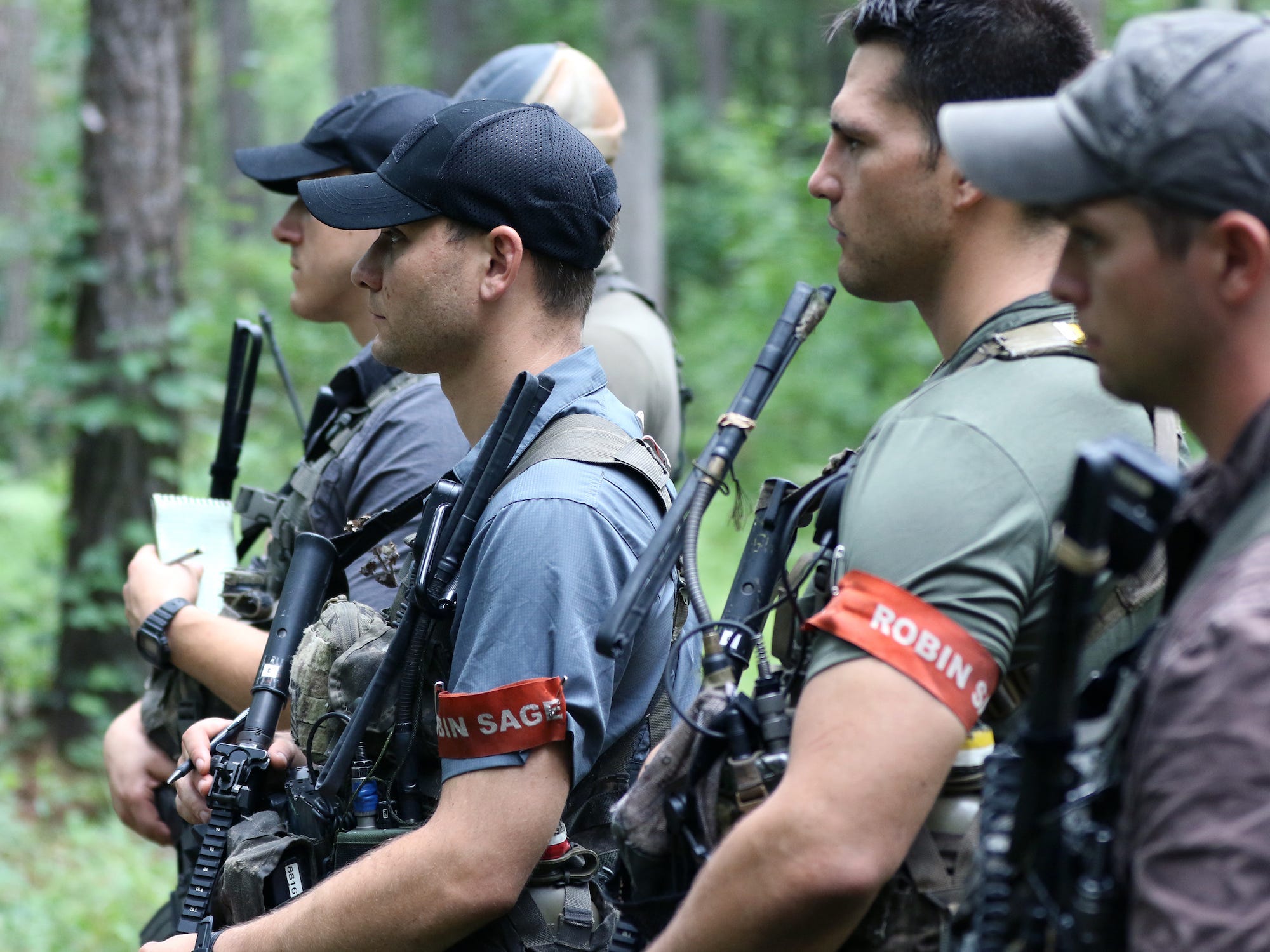 US Army/K. KassensSpecial Forces candidates listen to a briefing during the final phase of field training known as Robin Sage in central North Carolina, July 9, 2019.

It takes place in the fictional country of Pineland, which spans about 50,000 square miles in the woods of North Carolina.

The Army’s Special Forces, known as Green Berets, mainly specialise in training and supporting foreign forces, counterterrorism, and reconnaissance, as well as carrying out its own small-scale raids and ambushes.

Green Berets operate in 12-man detachments and work with and through partner forces. They receive extensive cultural and linguistic training that enables them to operate anywhere in the world.

But it is during Robin Sage that they get their first real taste of what Special Forces does.

The road to Robin Sage 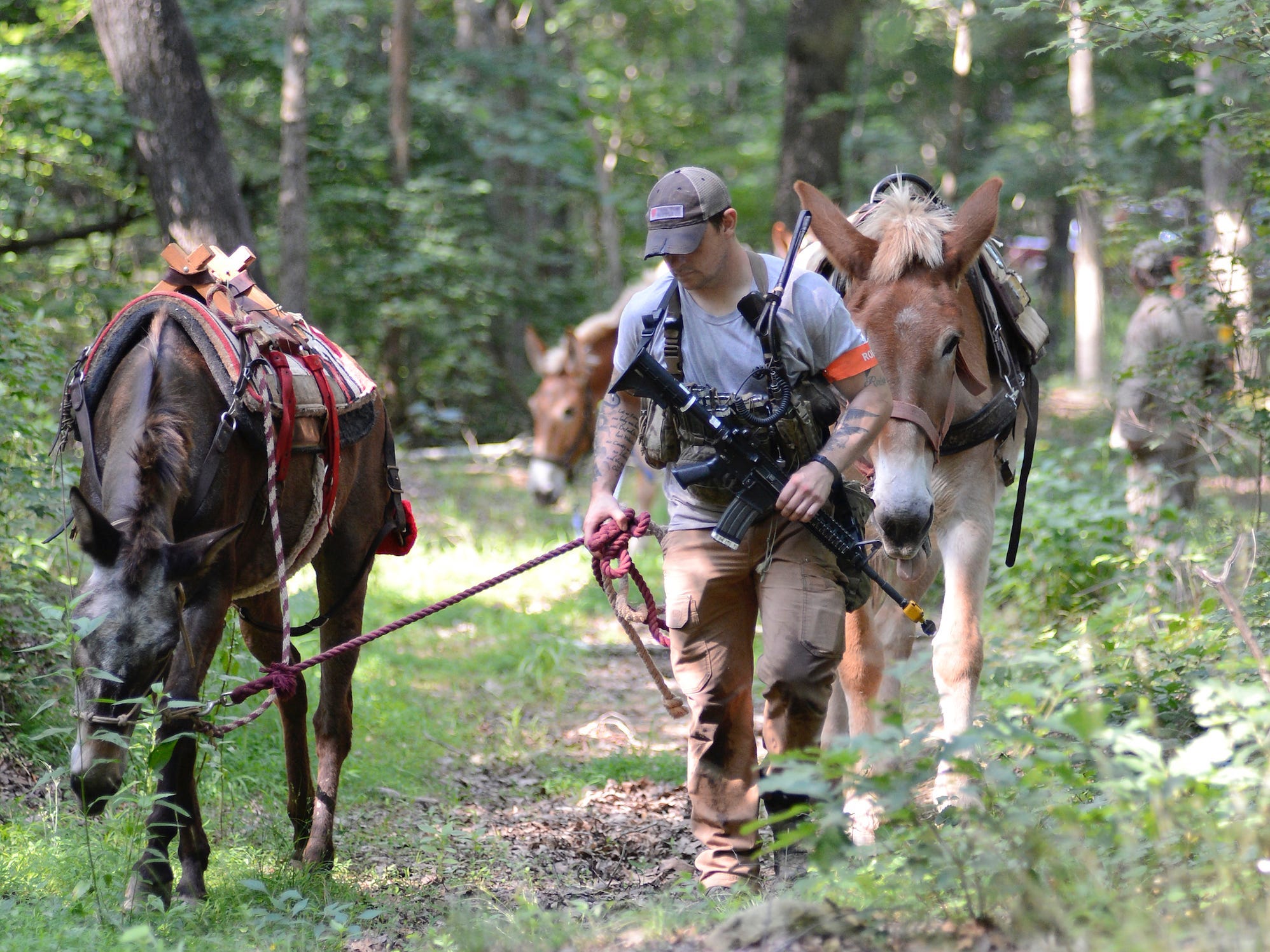 US Army/K. KassensA Special Forces candidate leads mules to a staging area to be loaded with rucksacks for a long-distance movement during the final phase of field training known as Robin Sage in central North Carolina, June 7, 2020.

To make it to Robin Sage, prospective Green Berets must first pass the Special Forces Assessment and Selection (SFAS), a 21-day course that pushes candidates to their physical and mental limits.

Those who successfully complete SFAS move on to the Special Forces Qualification Course (SFQC), or Q Course.

There have been almost 30 different versions of Q Course during its nearly 60-year history. Until recently, it was close to two years long. However, the course was revamped in 2019 and now lasts about six months. It is broken into four major phases: Small Unit Tactics, Survival Evasion Resistance and Escape (SERE), Military Occupational Specialty training, and Robin Sage.

After several months of training, students come together for Robin Sage and work as a team using the different skills they have learned. 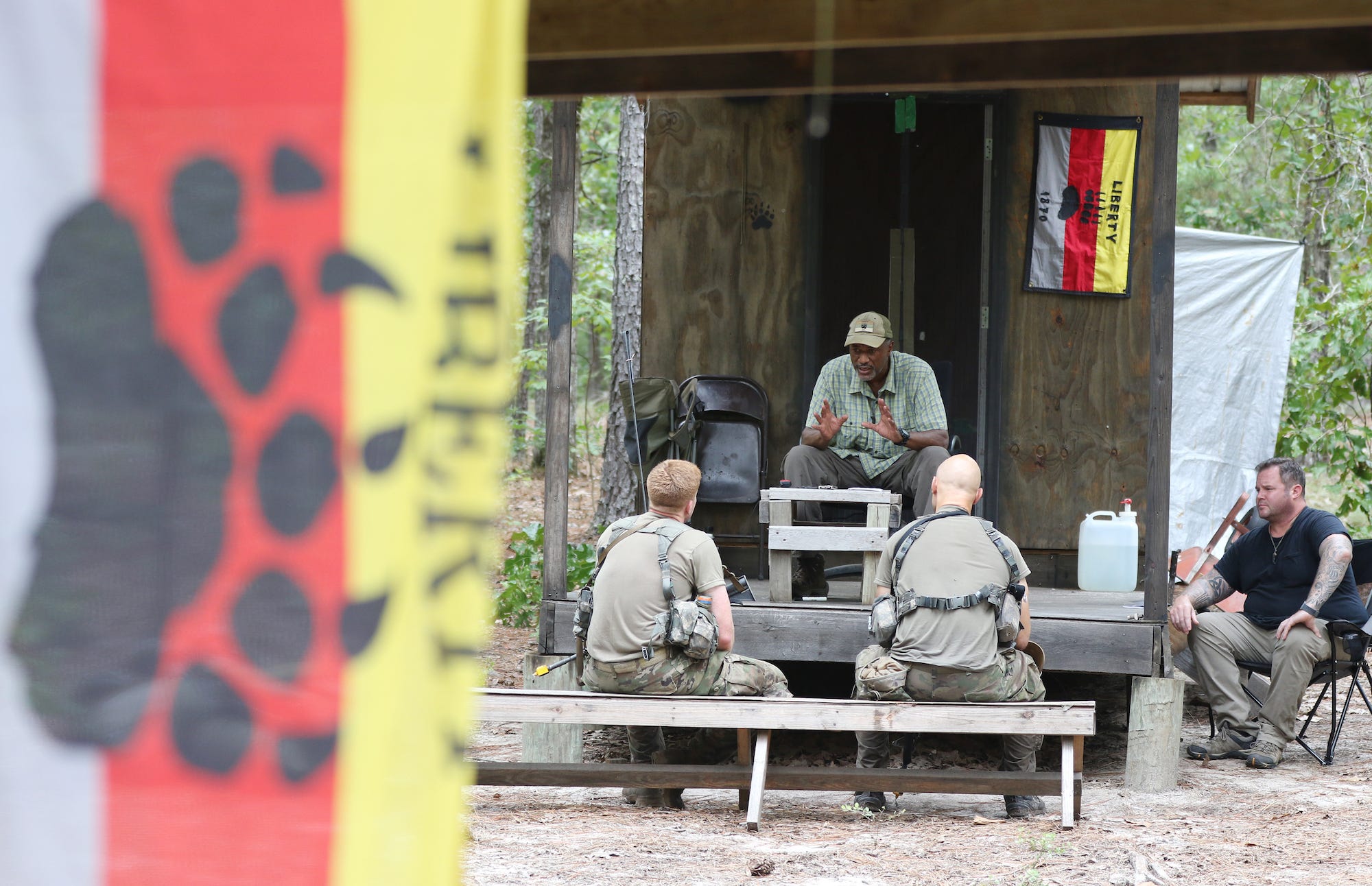 In the fictional scenario of Robin Sage, Special Forces candidates must help a guerrilla force, which is usually led by retired Green Berets, overthrow the illegitimate government of Pineland.

“Today, we read a lot about proxy warfare, and that is what Robin Sage is in a nutshell,” Steve Balestrieri, a retired Special Forces warrant officer who also served as an instructor for the course, told Insider.

“The Special Forces candidates have to meet up with and make rapport with a third-world nation guerrilla force, train them up, and then work by, with, and through that guerrilla force to conduct combat operations against a numerically superior enemy occupying force,” Balestrieri said.

During Robin Sage, students are tested on what they have learned in Q Course. They teach their partner force small-unit tactics, provide medical care, build outposts, and establish communications with headquarters.

They also conduct reconnaissance, raids, ambushes, and numerous other missions and are tested on other challenges they might encounter on the battlefield.

For example, teams are often presented with war-crime scenarios, where their partner force wants to “execute” a prisoner or “destroy” a village. It falls on the team to successfully negotiate those delicate situations without losing the support of their allies or violating the laws of war. 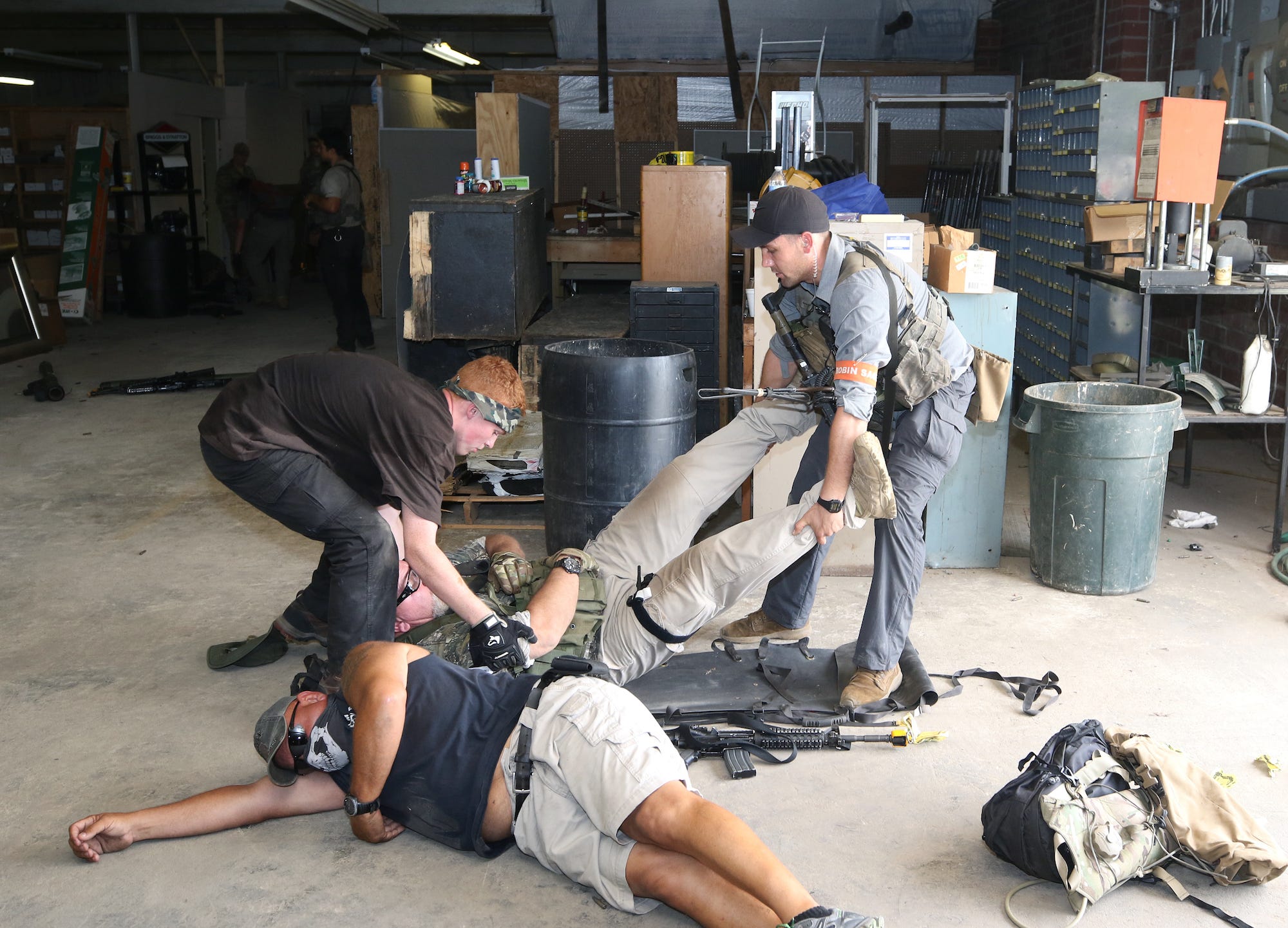 It’s the ever-important human element that makes Robin Sage special. The social interactions between the team and the “guerrillas” might mean mission success or failure on the battlefield.

“Our Robin Sage [infiltration] was supposed to be brutal, our rucks weighing more than 100 pounds each,” John Black, a retired Green Beret, told Insider.

“We had packed everything in preparation for more than two weeks in the field with no resupply. Two Blackhawk choppers dropped us off behind enemy lines where we were to meet our partner force in the middle of the night,” Black said. “We walked and walked with this guy for hours in what seemed like a circle â€” he was lost. The captain asked to help him navigate with the map. Turned out we had been circling the camp for hours and the solution was simple â€” ask if he needed help.”

Perhaps the most important aspect of Robin Sage is the hands-on lesson it provides to future operators about the main mission of Special Forces, which is unconventional warfare â€” activities that help a resistance movement or insurgent force take on a bigger power.

“As a Green Beret, I feel Robin Sage is imperative and really gets you to think about the real mission of Special Forces, to work with and through a partner force,” Black added. “Very little of what a Green Beret does is kicking in doors and getting bad guys. Robin Sage definitely helped prepare me for life as an operator on a team.” 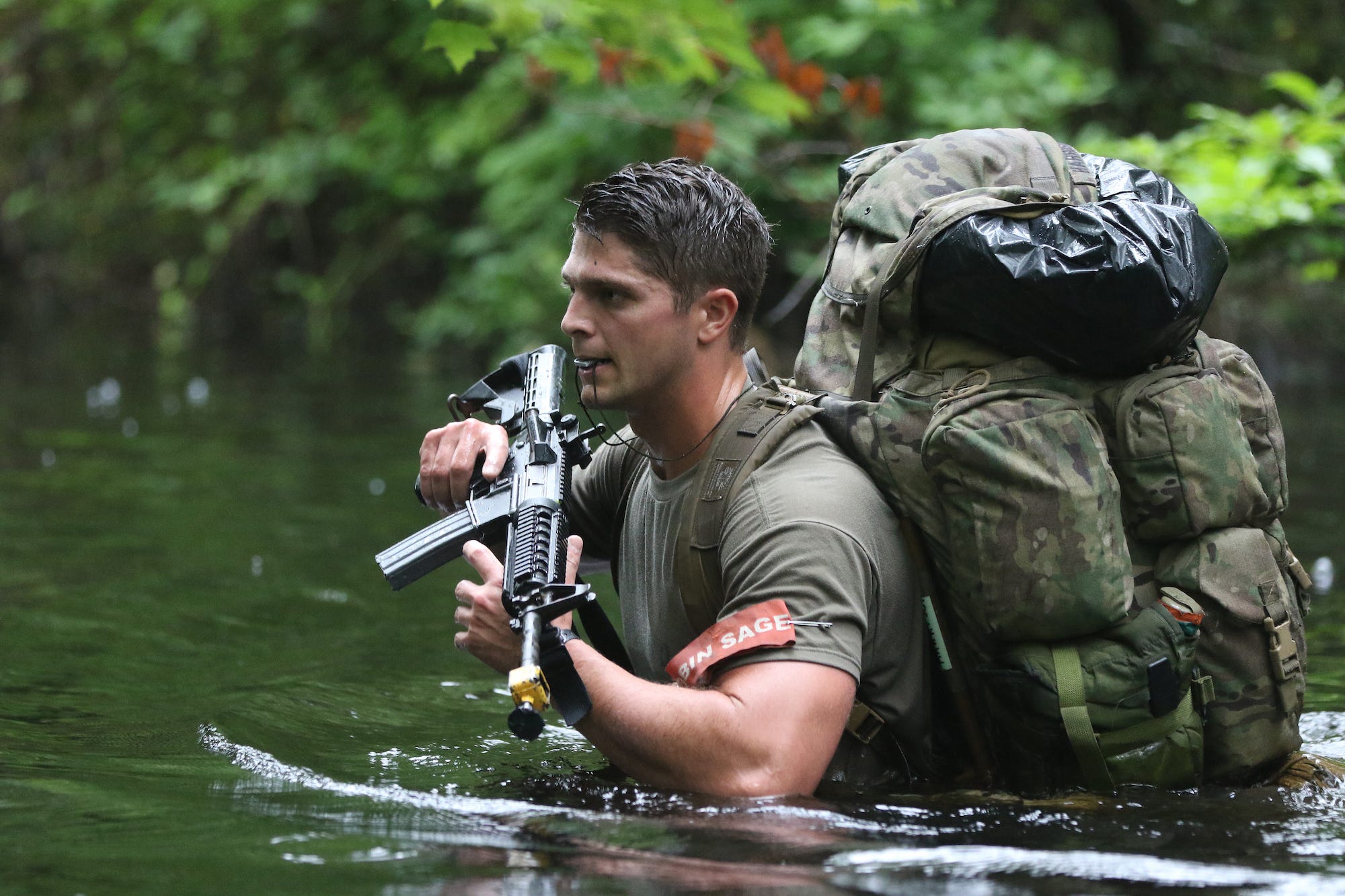 “What makes Robin Special is how well and smoothly it’s run from the time the student teams go into isolation until they [infiltrate] and are actively engaged with the G-Force,” Balestrieri said, referring to the guerrilla force.

“It rams home how important is, when operating in a guerrilla warfare/unconventional warfare environment, to at least have the nominal support of the population,” Balestrieri added.

Robin Sage is so realistic that a few years ago, a student was killed and another wounded by a police officer who wasn’t aware of the event and thought that they were robbers. Since then, before every Robin Sage begins, local communities are thoroughly notified.

The exercise and its lessons largely are what differentiate Green Berets from other US special-operations units.

“Robin Sage is tremendously important in the career of every Special Forces soldier, because it takes everything that you’ve been taught thus far in the SFQC and gears it toward SF’s true mission, which is unconventional warfare,” Balestrieri said.

As the US prepares for a renewed era of great-power competition with China and Russia, and as irregular warfare becomes increasingly important, Robin Sage is more relevant than ever.