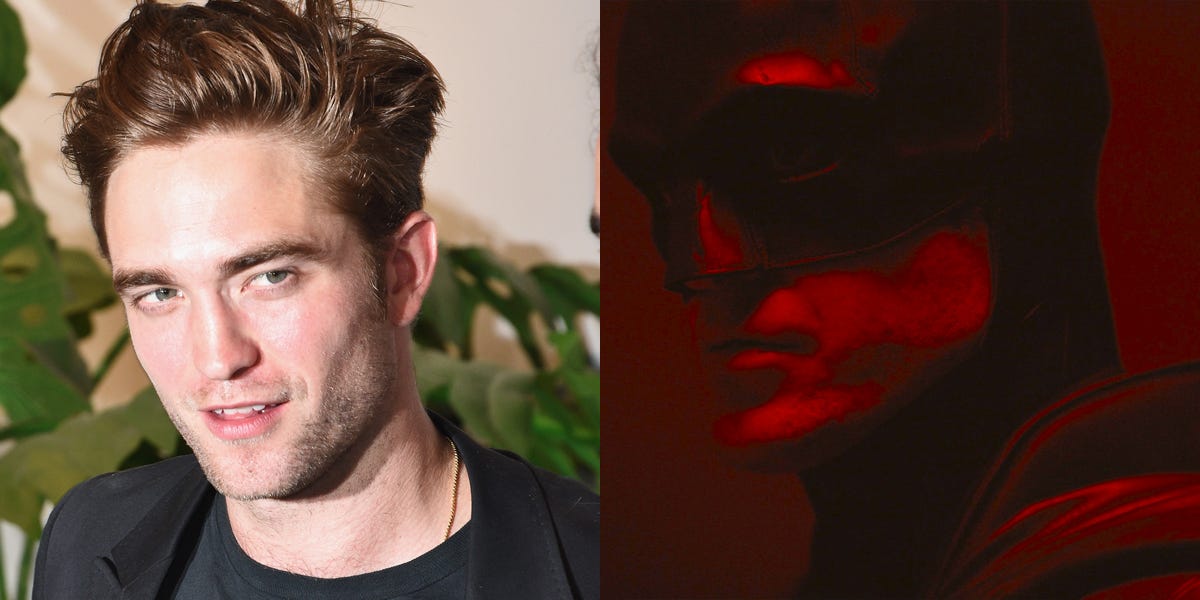 Grant Lamos IV/Getty Images Entertainment, Warner Bros./DCRobert Pattinson is playing the next Batman. The image on the right shows the first look at him in the famous cape and cowl.

We finally have our first look at Robert Pattinson‘s Batman suit and it looks futuristic.

“The Batman” director Matt Reeves shared a camera test of the actor on Vimeo Thursday wearing the iconic cape and cowl.

The 55-second video doesn’t show much, but we do get a small look at a new Bat logo, which looks sleek and futuristic.

Warner Bros./DCWhat do you think of the new logo?

The video, showcasing red and black colours, is giving us serious “Batman: Beyond” vibes. The animated series followed a futuristic Batman, Terry McGinnis, whose suit was black and red. He was an apprentice, and later revealed to be a son, to the original Batman, Bruce Wayne.

Warner Bros.Here’s a look at Robert Pattinson in the new Batsuit.

Before you get your hopes up for a film centered around McGinnis, Warner Bros. confirmed Pattinson will play a version of Wayne.

Almost immediately after the camera test was revealed, fans began theorizing the new Bat symbol has a heartbreaking connection to Batman’s superhero origin. Fans think the Batsuit logo may be made out of the gun that was used to murder Bruce Wayne’s parents. Pattinson’s Batman may be wearing it as a symbol to remind himself of why he put on the cape and cowl to fight crime.

It’s not that far-fetched. Detective Comics No. 1000 shows Wayne melt down his parents’ murder weapon into a protective shield under his Bat symbol. 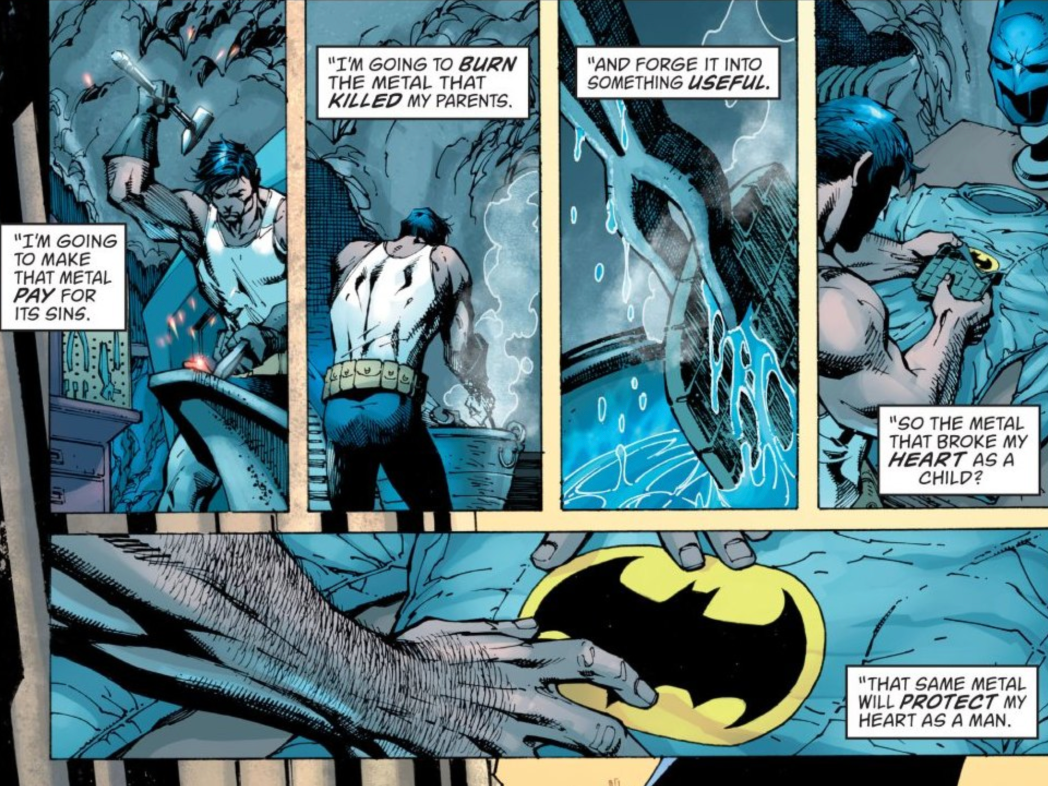 DC ComicsPanels from the DC Comic’s story ‘Manufacture for Use’ show Bruce Wayne turn the weapon that killed his parents into something useful.

Principal photography on next summer’s movie began January 28. Reeves shared the announcement on Twitter by sharing a clapper with the film’s logo.

Kravitz recently told Variety she received more texts and calls after landing the role of Catwoman than she did on her birthday or wedding day.