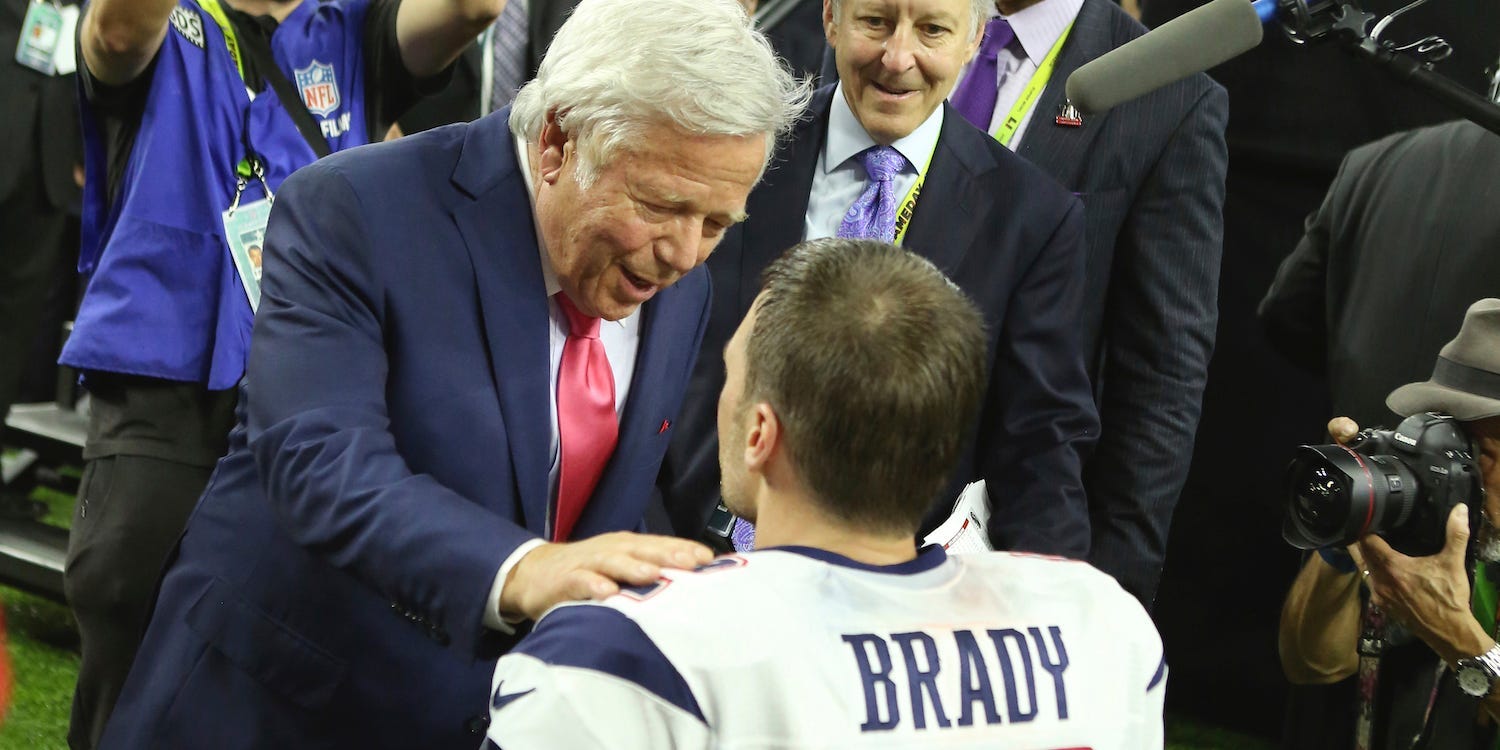 New England Patriots owner Robert Kraft sent Tom Brady an emotional text message in March thanking him for being “so classy” after the quarterback decided to leave the Patriots.

According to Jeff Benedict’s new book, “The Dynasty,” excerpted by Peter King of NBC Sports, Brady and Kraft met on March 17 after Brady’s contract with the Patriots expired. Brady texted Kraft that he was “corona-free” and went to Kraft’s house to have a discussion, according to the book. There, the two agreed to move on, with Brady eventually signing with the Tampa Bay Buccaneers.

According to Benedict, as Brady left Kraft’s house, Kraft sent Brady a text message, thanking him one last time.

“Love you more than you know for being so classy in everything you do. Your parents should be so proud. I love them for creating you. You are truly one of a kind,” Kraft’s text said, according to Benedict.

Kraft often said he loved Brady like a son. After Brady announced his move from the Patriots, Kraft said the two had a “positive, respectful discussion,” and though it didn’t end the way he wanted, Brady had earned the right to move on.

Reports have suggested for years that Brady was not entirely happy with the situation in New England and he and head coach Bill Belichick mostly maintained a “business relationship.” Brady reportedly was miffed about the amount of credit he received in victory and the Patriots’ unwillingness to give him a long-term contract, instead playing it year to year.

Though Brady decided to leave the Patriots, the Patriots had opened the door by not making a long-term commitment.

Brady told Howard Stern in April that he cried during the meeting with Kraft when he said he wasn’t going to return to the Patriots.

“I wish nothing but the best for them,” Brady said of the Patriots. “I have a lot of friends there, so I want them to do great.”