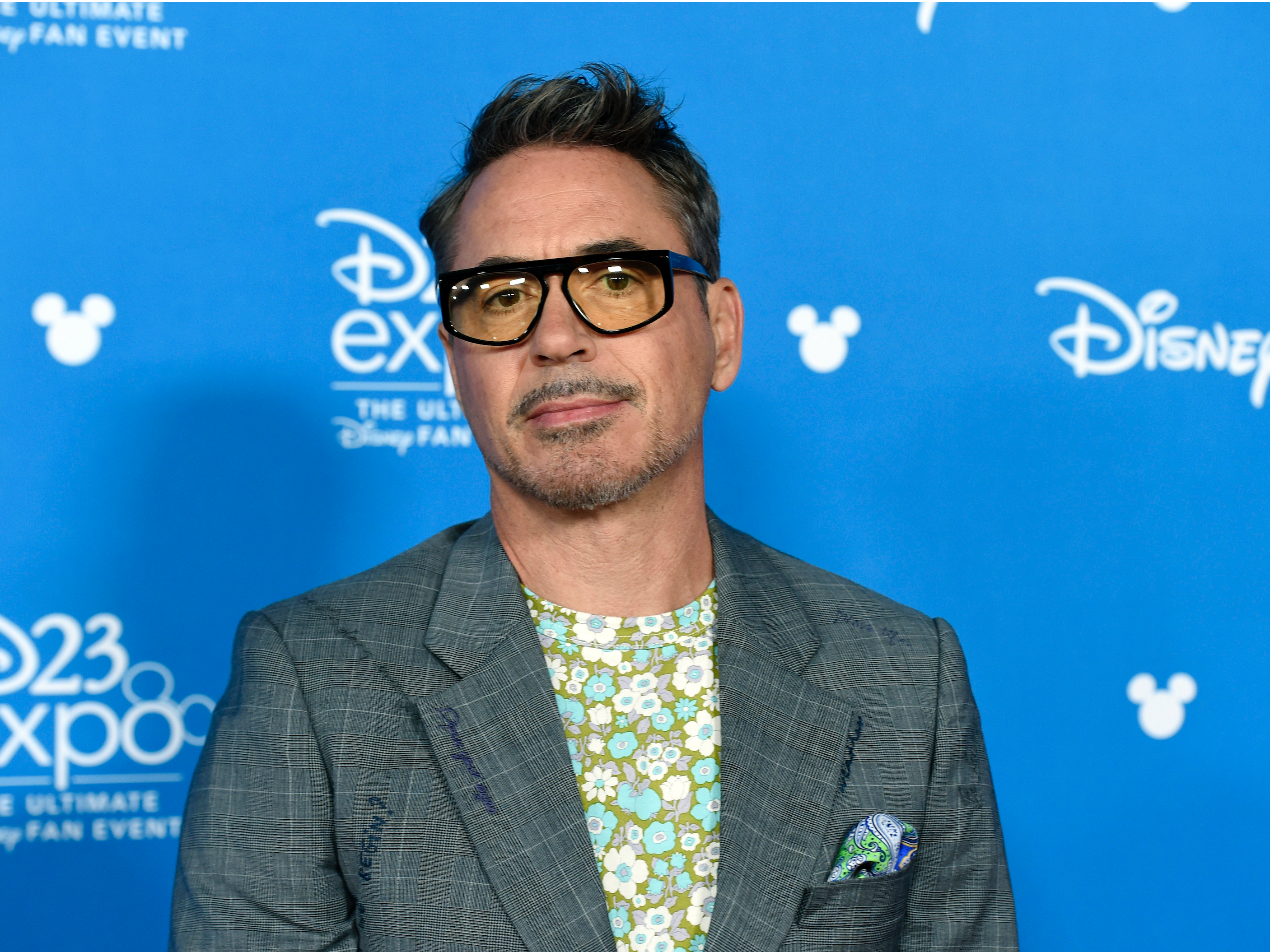 Chris Pizzello/Invision/APRobert Downey Jr. is known for his role as Tony Stark/Iron Man in the Marvel Cinematic Universe.

“We welcome our newest Avenger with open arms. Well, open arms but 6 feet away…” Downey Jr. tweeted on Thursday, referring to a social distancing practice that states that people should maintain a six-foot distance (at minimum) between others to slow the spread of the coronavirus.

We welcome our newest Avenger with open arms. Well, open arms but 6 feet away… https://t.co/0MAxeJN2kk

The 54-year-old actor was responding to a recent video that the “Late Show With Stephen Colbert” host posted online. The video was taken from Colbert’s home, where he’s been recording and sharing videos as production on his late-night show remains halted due to the virus.

In a video titled “Returning My Face Back To Normal,” Colbert gave himself a makeover using the products he found in his wife’s makeup bag.

Colbert also explained that he was going to remove the facial hair that’s been growing while he’s been home. After applying some makeup, he returned back in the camera’s view with a spot-on impression of Tony Stark/Iron Man.

“What seems to be the problem? Viruses? Is everyone staying at home? That’s step No. 1,” Colbert said, dressed in a suit and sporting a goatee similar to the one worn by Downey Jr. 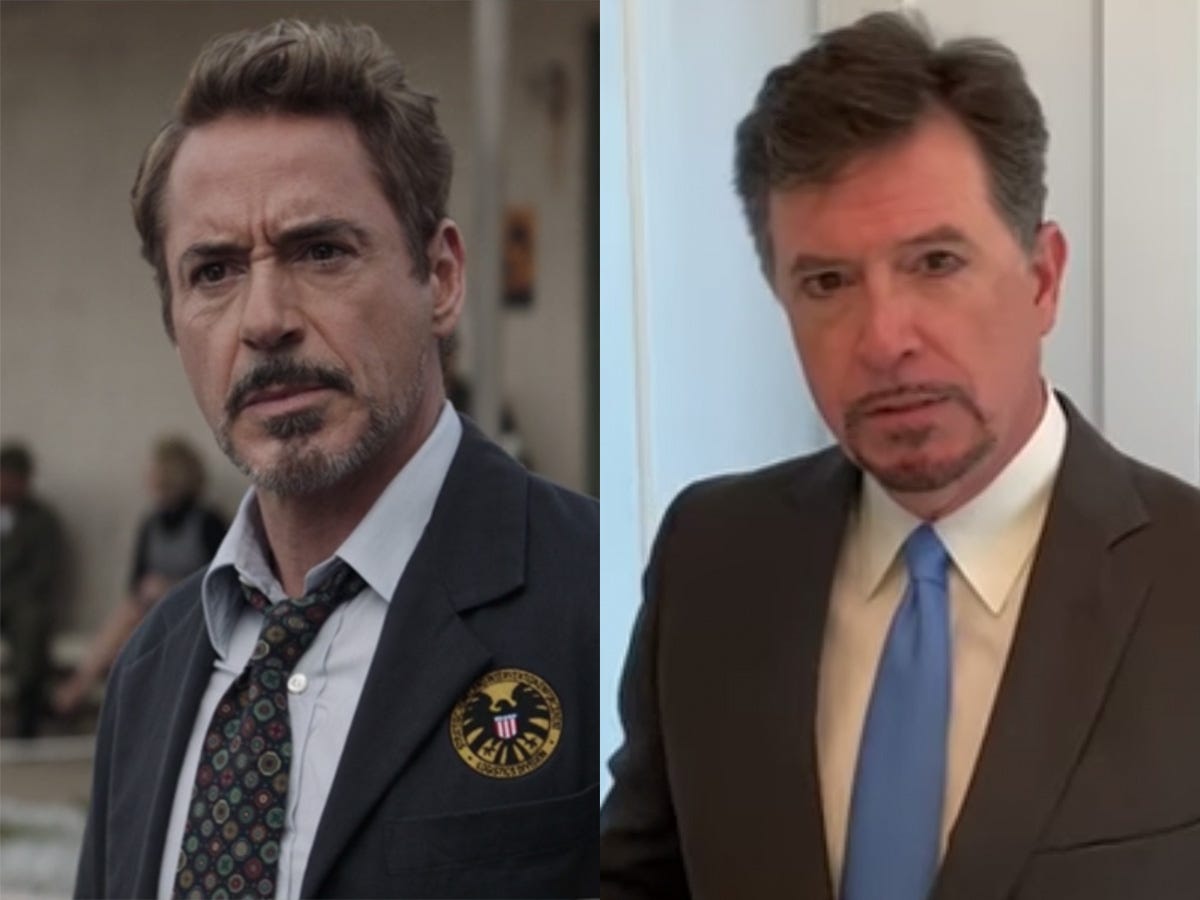 He continued: “Don’t go out. It’s not just for yourself, it’s for your loved ones.”

“In the meantime, this is what I’m going to do. Jarvis, fire up the lab,” Colbert said, tapping his Tony Stark-esque glasses.

“I’ll need you in the workroom,” he continued. “You need robots, tiny little robots. Yes, the artificial intelligence systems that I implanted in those tiny robots may inspire the tiny robots to believe that though they are small, they are superior to mankind.”

Colbert continued with his monologue, saying: “And, they will likely learn from the viruses how to reproduce at a great rate, exponentially, and eventually attempt to take over the world. But then, of course, I’ll build a bigger robot. Are you gonna finish that sandwich? Nobody move.”