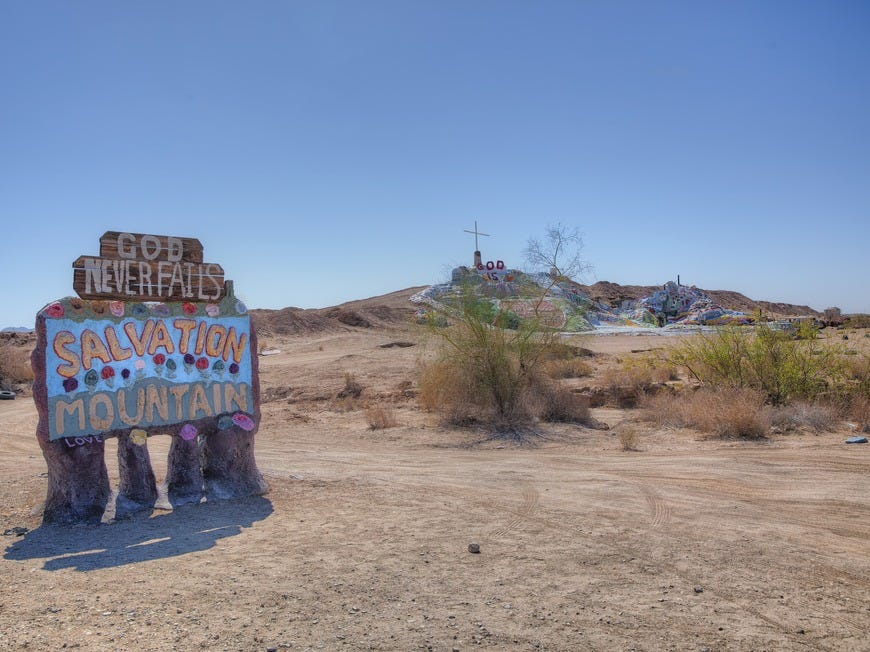 But the picturesque images you may have in your head don’t always align with how things look in real life.

From drab landscapes out West to big crowds at Stonehenge, these photos show the disappointing reality of roadside attractions in the US and abroad. 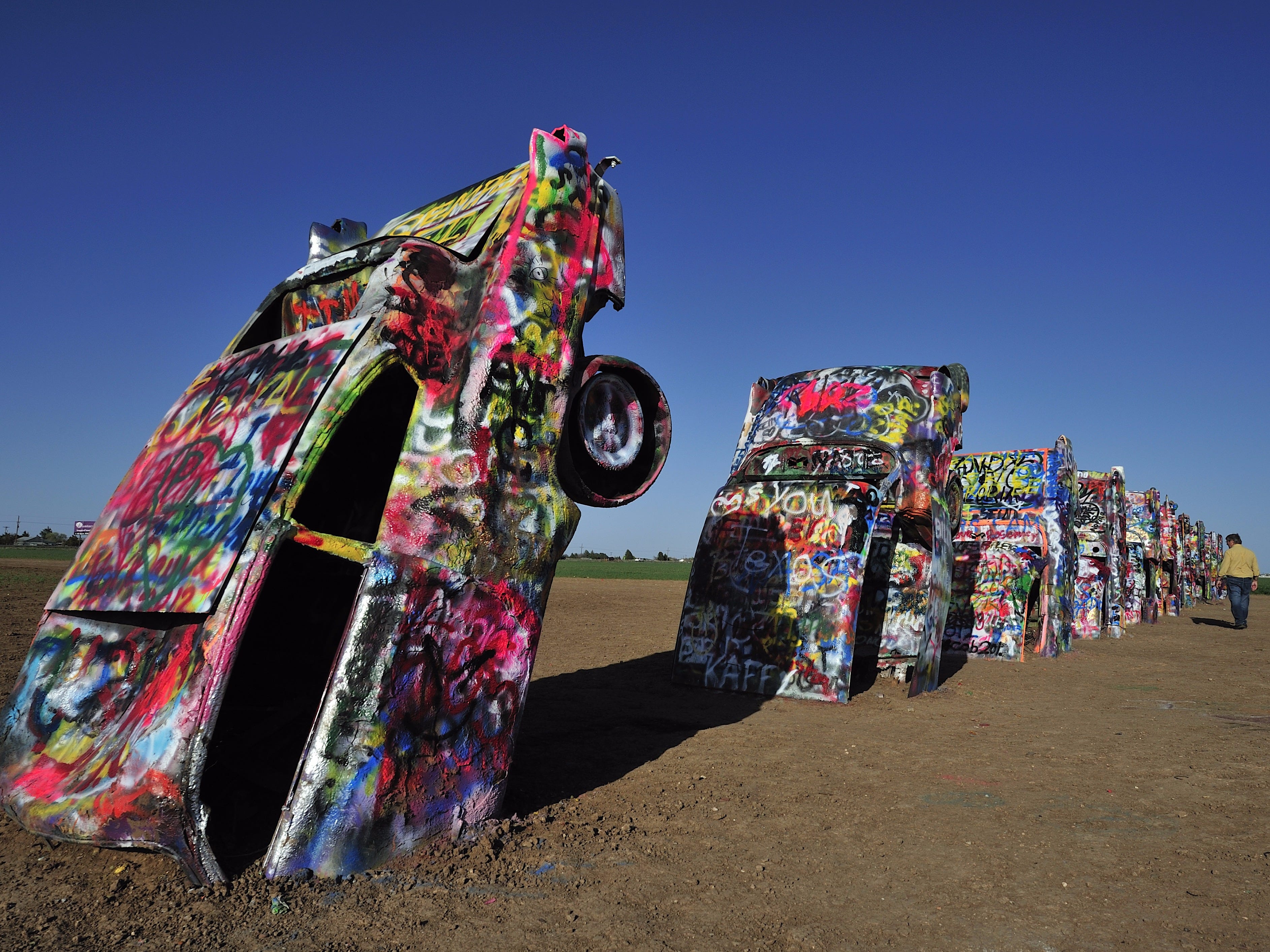 According to Atlas Obscura, the sculpture, which consists of 10 Cadillacs, was commissioned by helium millionaire Stanley Marsh 3 in 1974.

But sometimes it can look like more of a glorified junkyard. 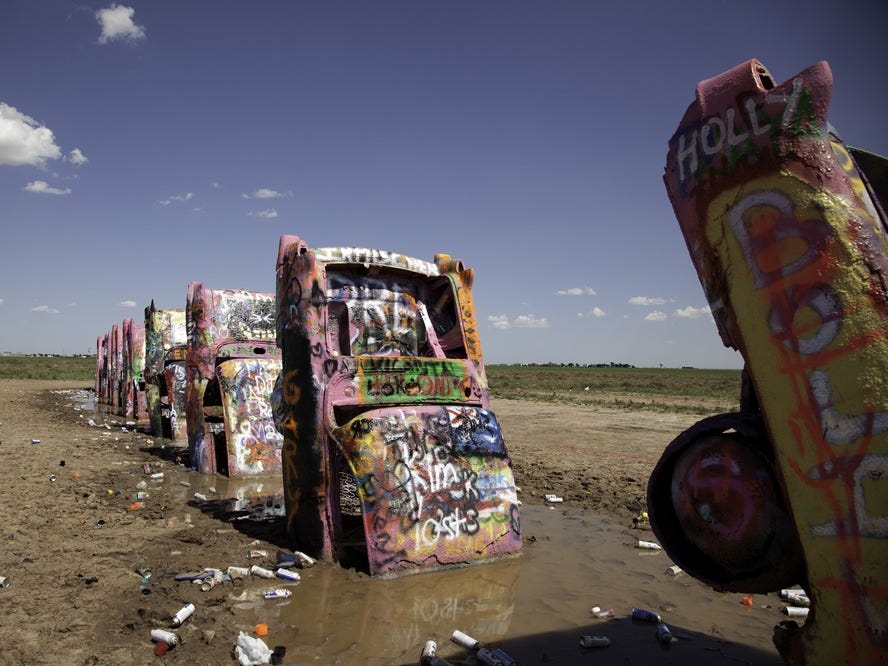 Visitors are encouraged to bring their own spray paint to graffiti the vehicles. However, many leave their cans behind, leaving the attraction covered in trash.

It sure sounds cool to technically be in Arizona, New Mexico, Colorado, and Utah all at the same time. 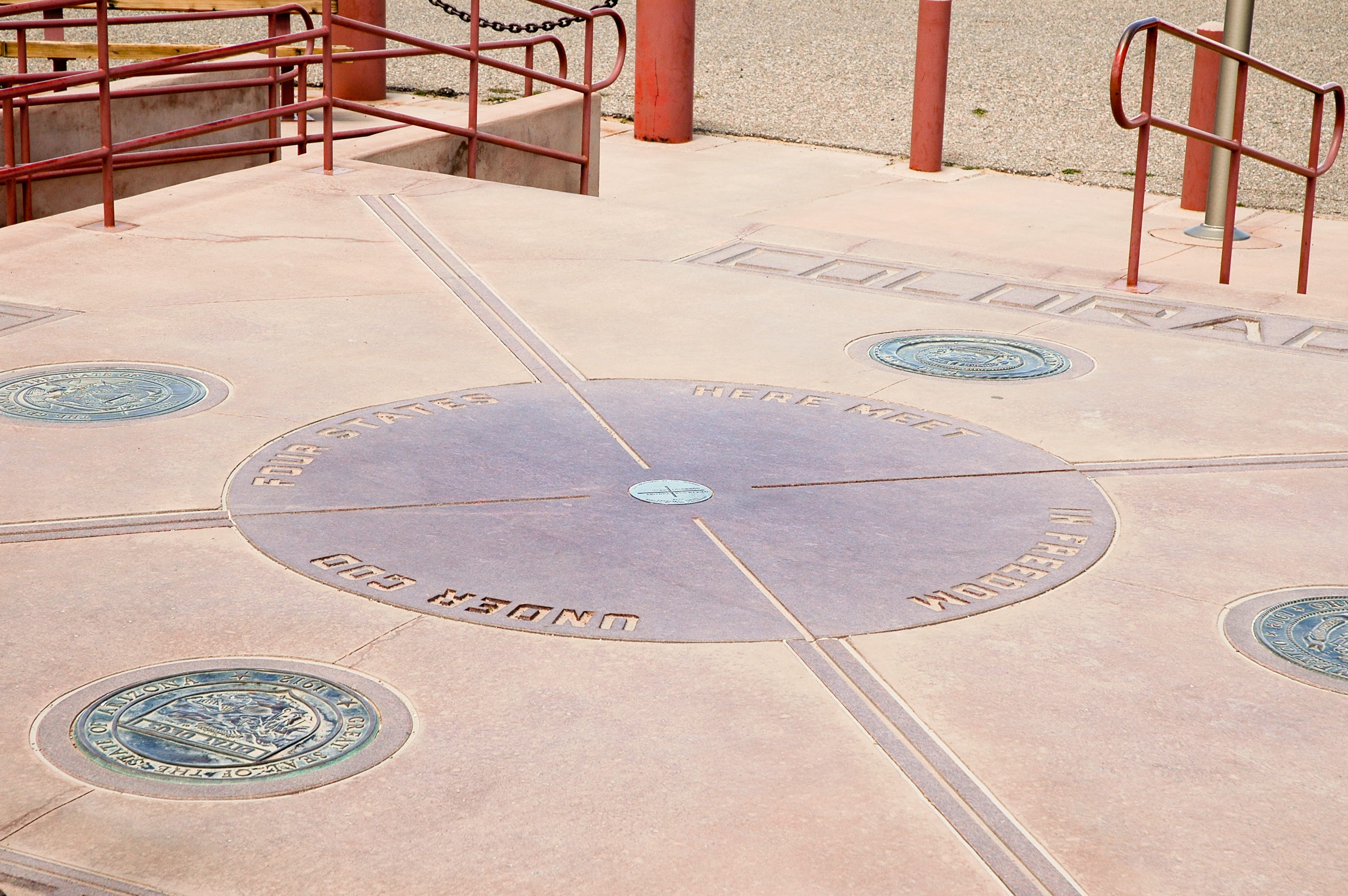 It’s the only place in the US where four states meet.

However, you’ll find yourself in the middle of nowhere and in the blazing desert sun just to see a small, CD-like plaque. 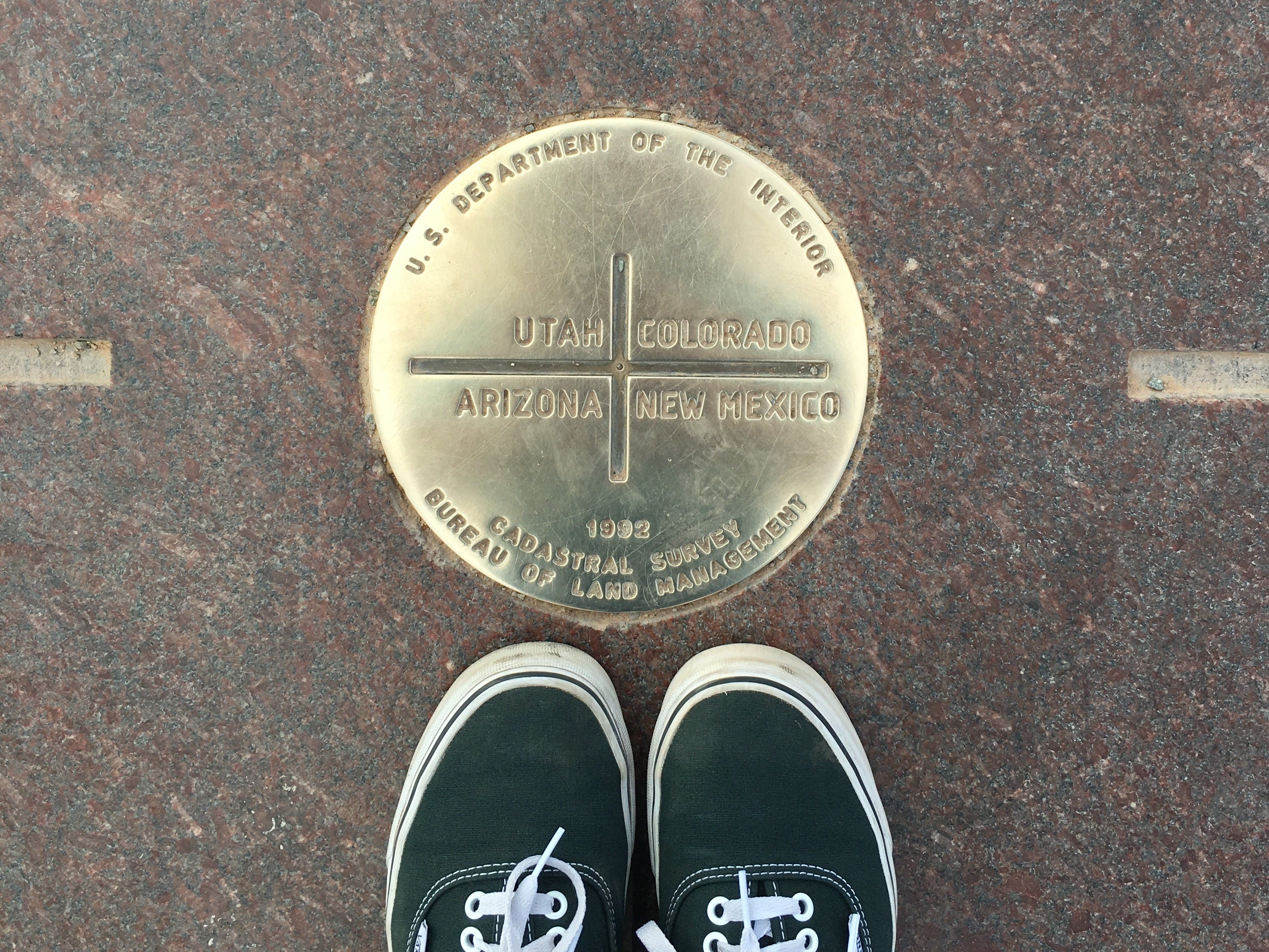 Even more disappointing is the fact that Jeopardy champ Ken Jennings alleges that the Four Corners National Monument is in the wrong spot: He says it’s over 1,800 feet from the actual intersection of those four states.

Salvation Mountain in California beckons with its bright colours and psychedelic artwork. People from all over the country flock to the Colorado Desert in Southern California to explore this colourful religious shrine and work of art.

In reality, it’s just a little painted hill in the desert.

The site (a mere 150 feet wide by 50 feet tall) requires gallons of paint, and constant maintenance and upkeep due to the harsh desert environment it calls home. 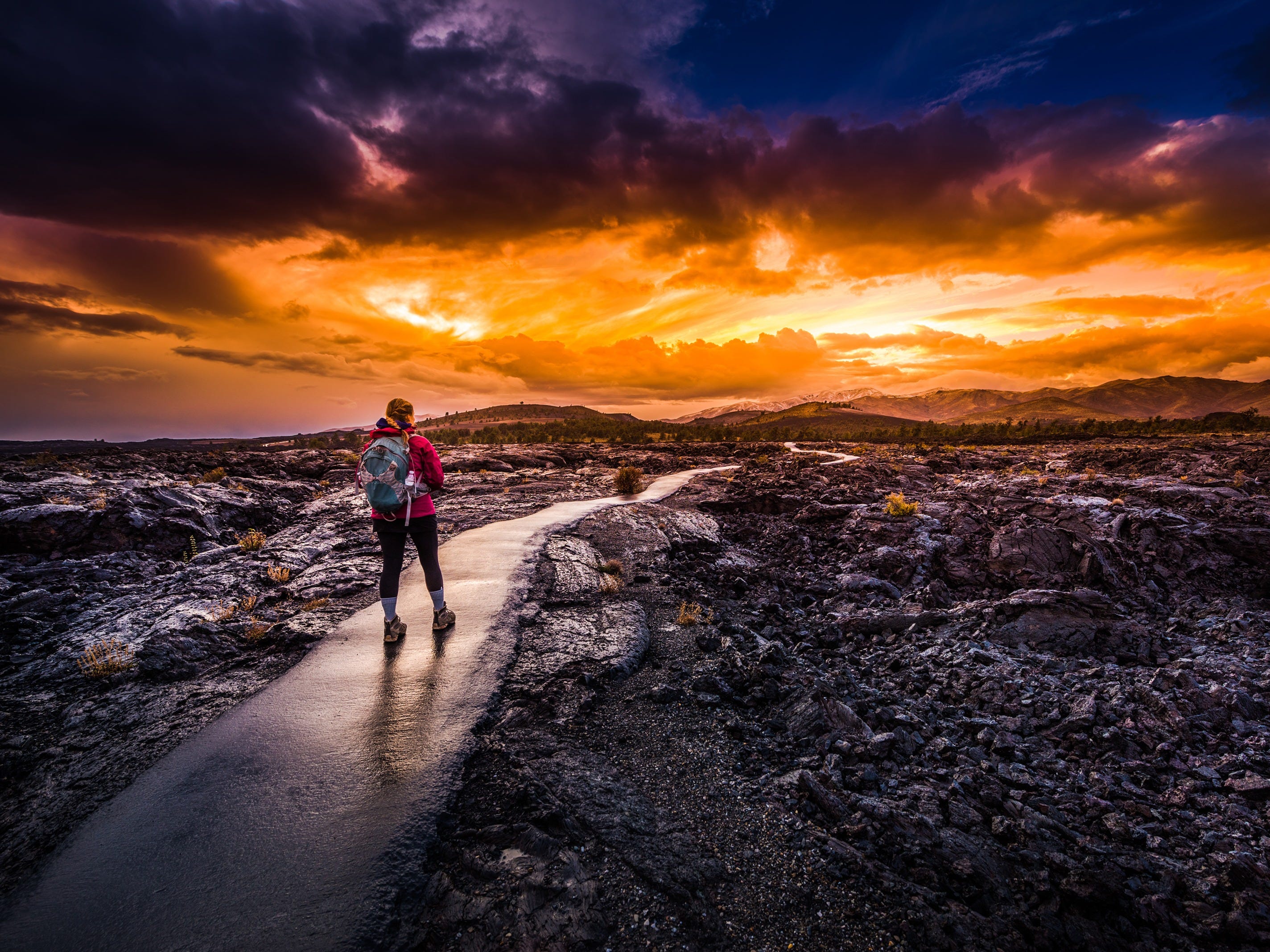 ShutterstockCraters of the Moon National Monument and Preserve in Idaho.

Idaho’s Craters of the Moon are the product of lava eruptions that took place between 15,000 and 2,000 years ago.

Or not. In most lighting, the lava field looks pretty drab. 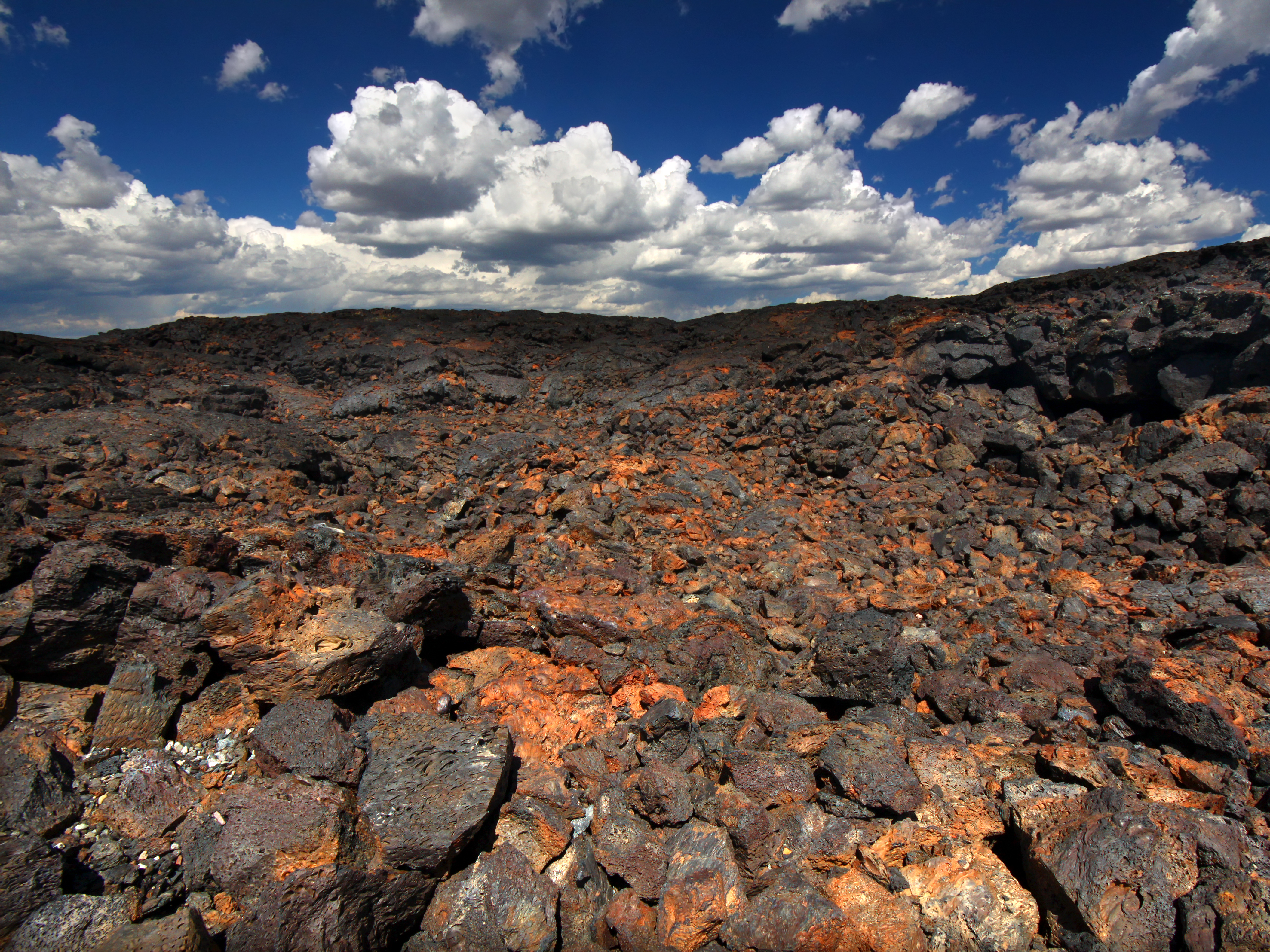 ShutterstockCraters of the Moon National Monument and Preserve in Idaho.

Without the aid of Photoshop or a professional camera, the lava field looks much more humdrum.

Who doesn’t want to take a detour off of the Atlantic City Expressway to climb inside a six-story elephant? 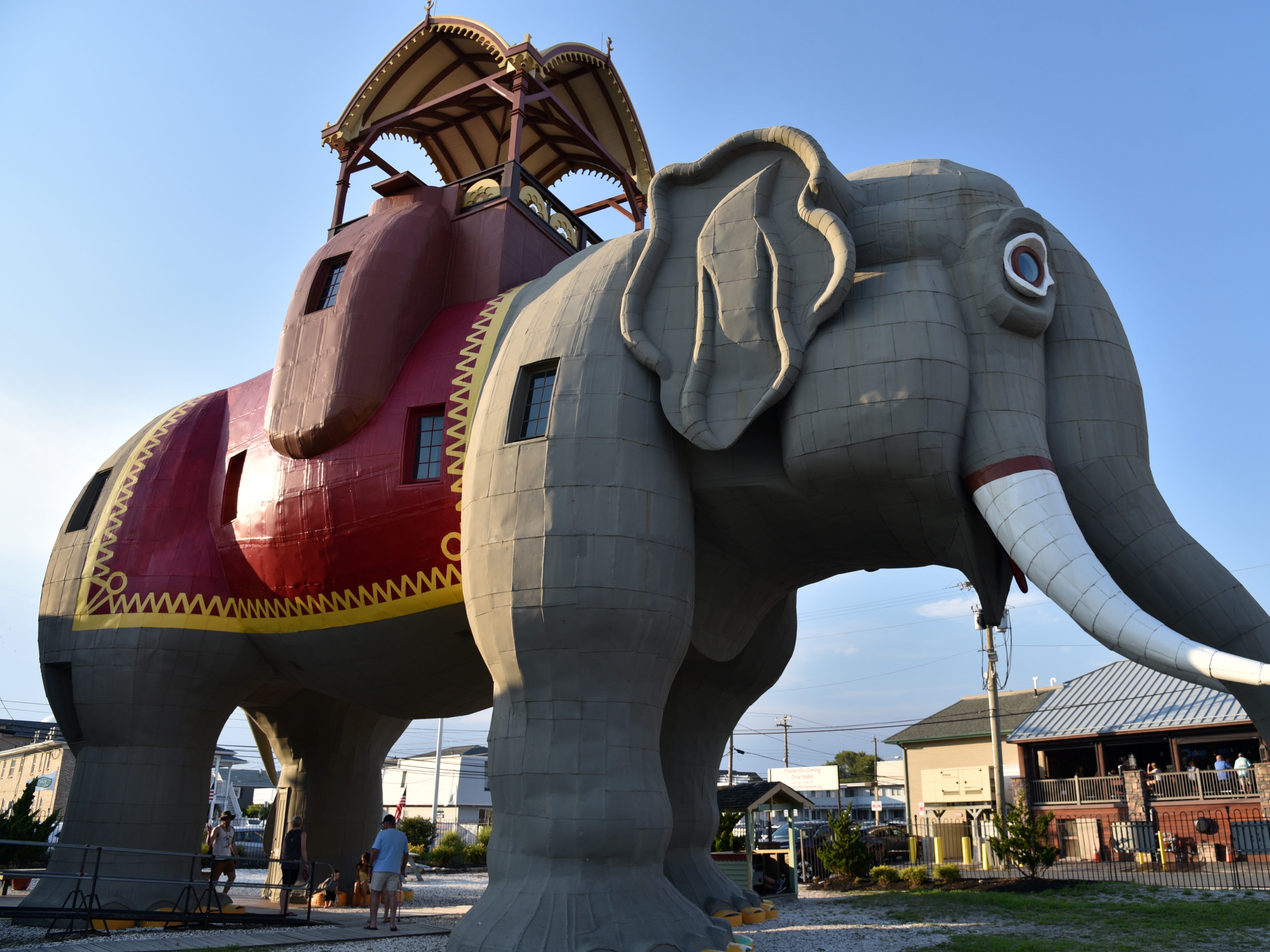 Lucy the Elephant is a National Historic Landmark, and the oldest roadside attraction in the US, having been built in 1881.

Though, in the middle of a parking lot is not the most scenic of stops. 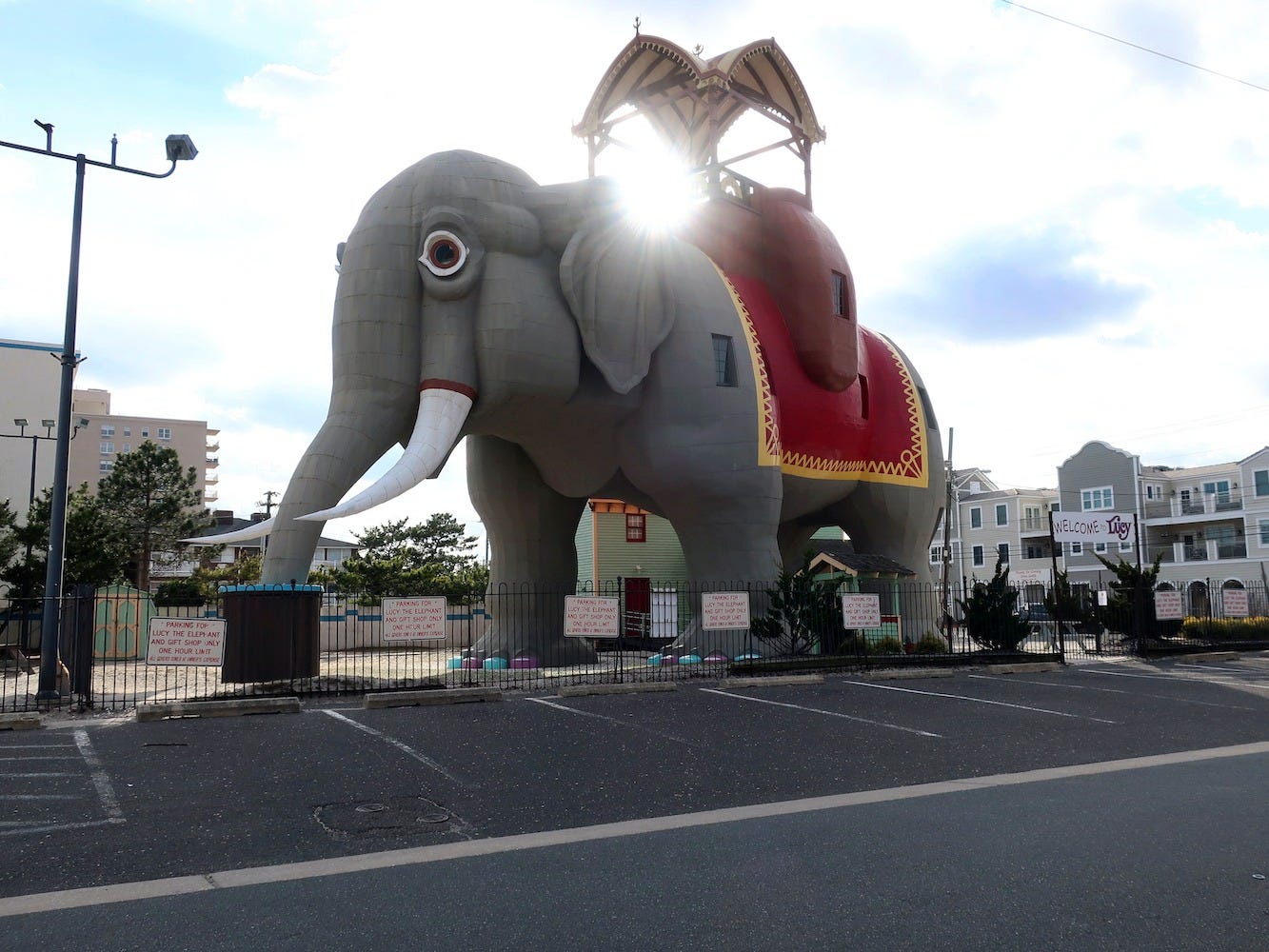 At least you don’t have to get out of your car for an up-close look.

Many stop by Blarney Castle in Ireland to kiss the infamous Blarney Stone. 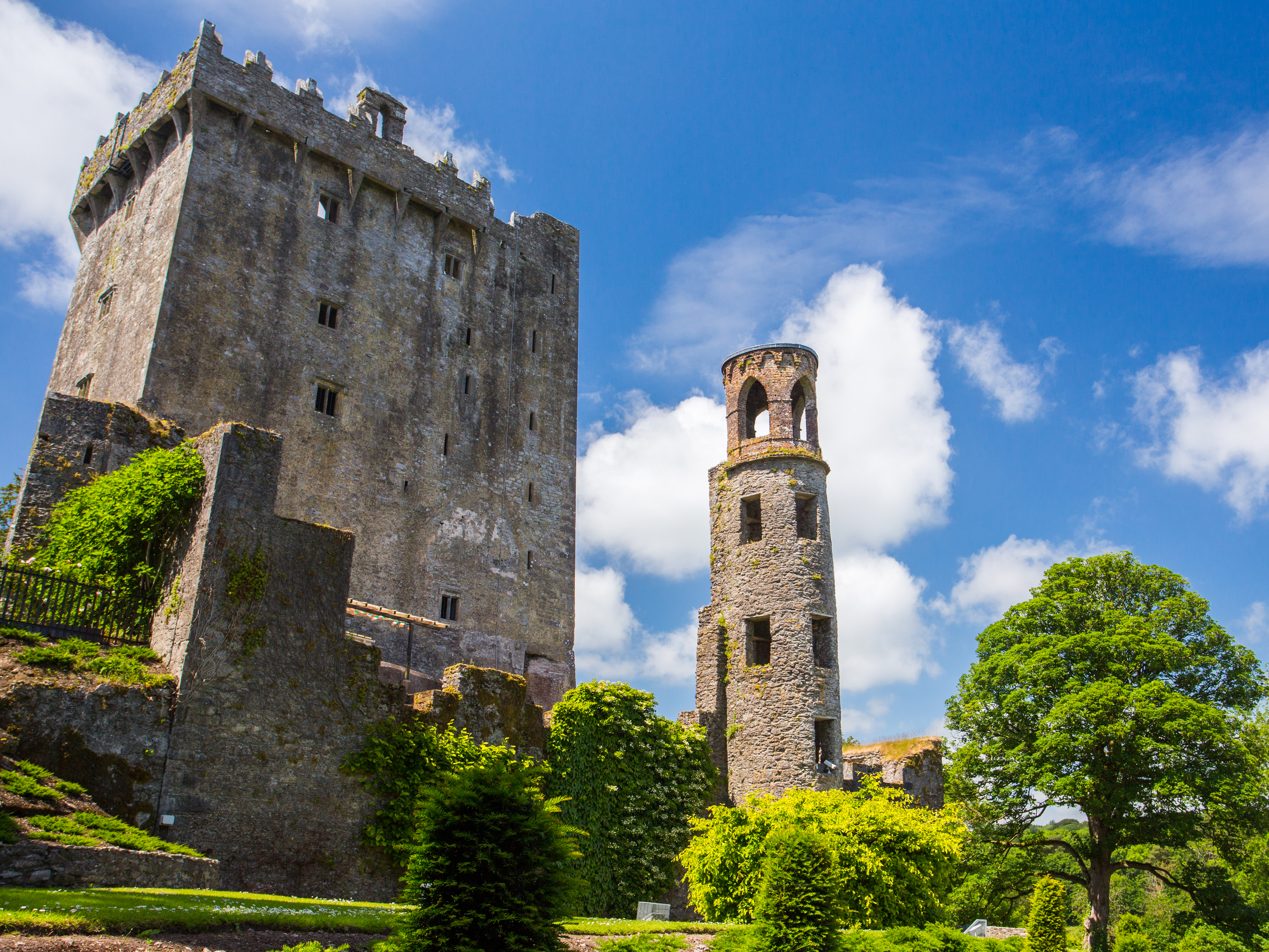 The hunk of Carboniferous limestone purportedly gives those who kiss it the gift of the gab.

But the stone is really just a germ-ridden wall. 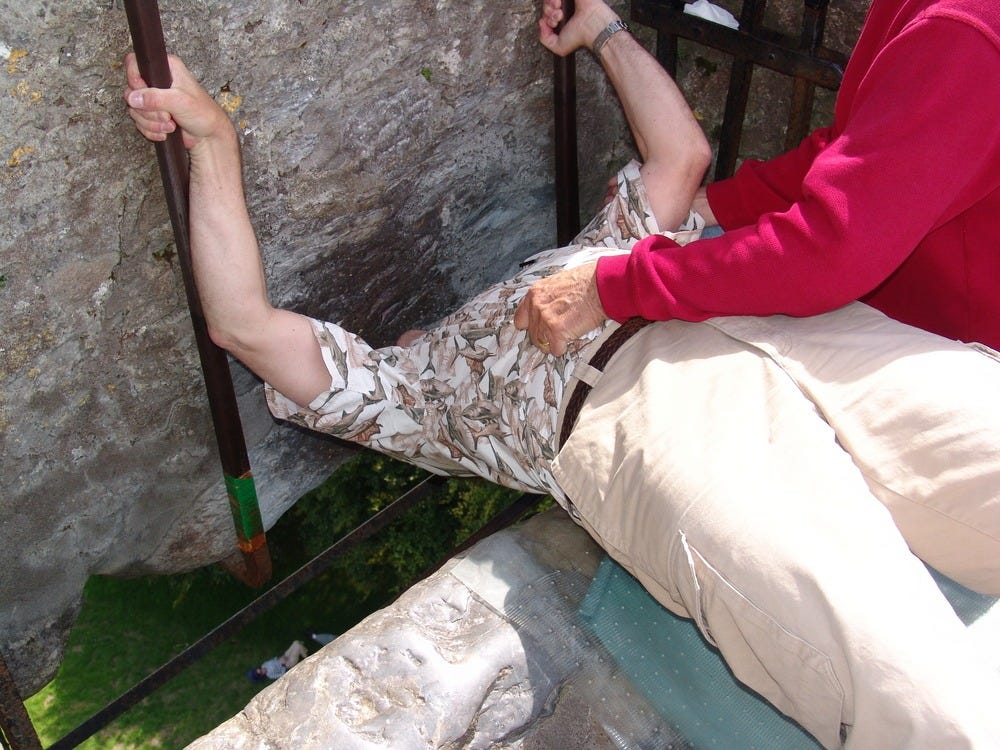 In 2009, TripAdvisor named the Blarney Stone the most unhygienic attraction in the world. Forget about the power of eloquence – you might just ingest a Petri dish’s worth of bacteria instead.

Those seeking the elusive Fountain of Youth can find it in Florida. 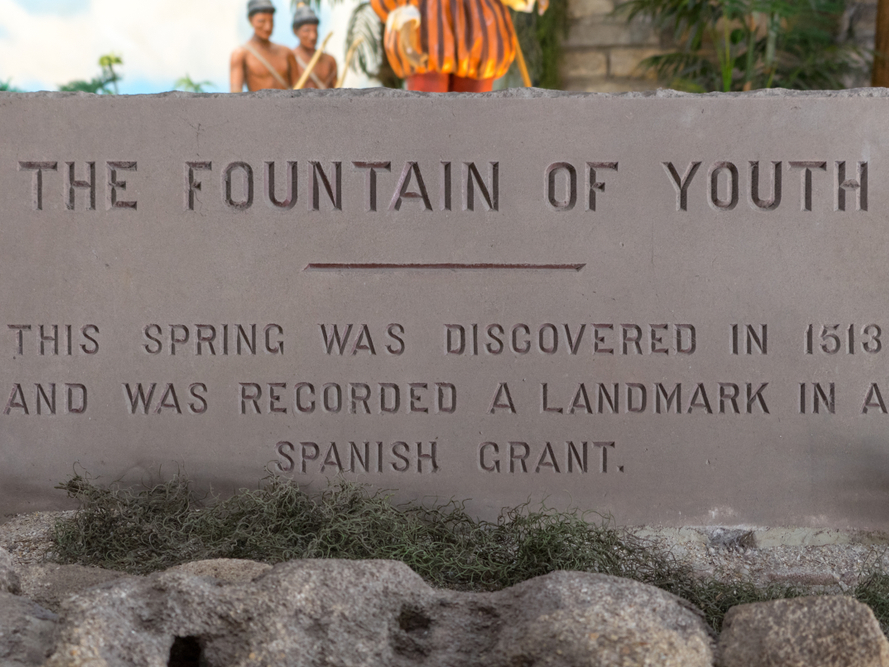 Inside of a theme park of sorts, though, it’s not all that elusive. 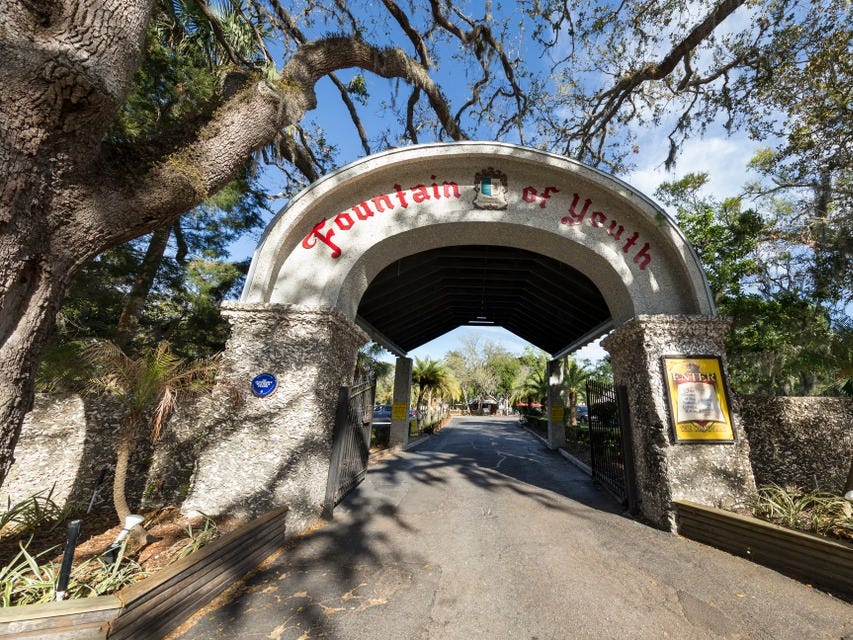 The park is named for the eponymous Spanish conquistador who colonised Florida in the 16th century while allegedly searching for the fountain. 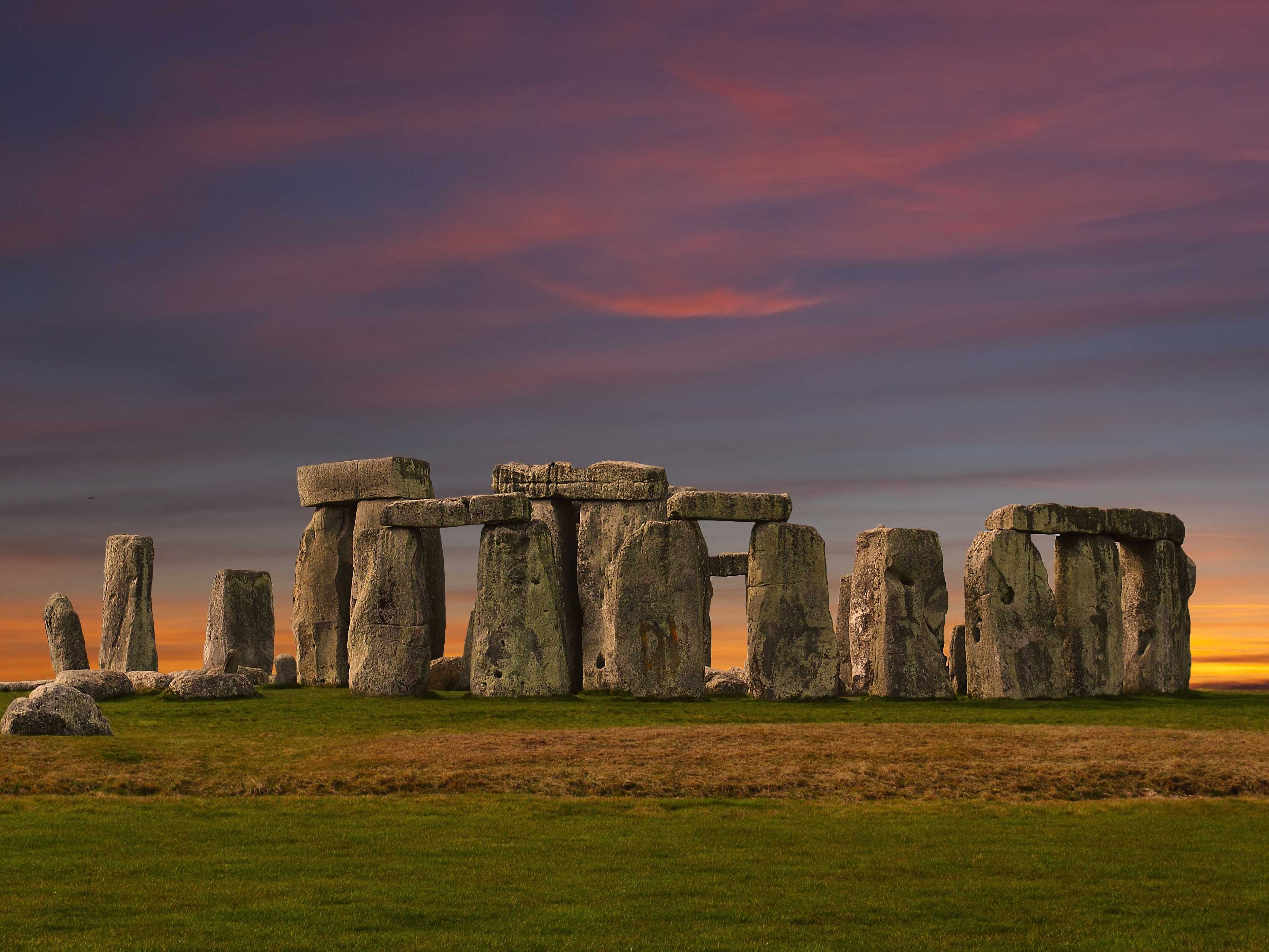 iStockSunset at Stonehenge in Wiltshire, UK.

The prehistoric (and mysterious) group of stones known as Stonehenge– parts of which were built as early as 3,000 BC – fascinates archaeologists and tourists alike.

In reality, you’ll have to fight crowds to get close to the stones. 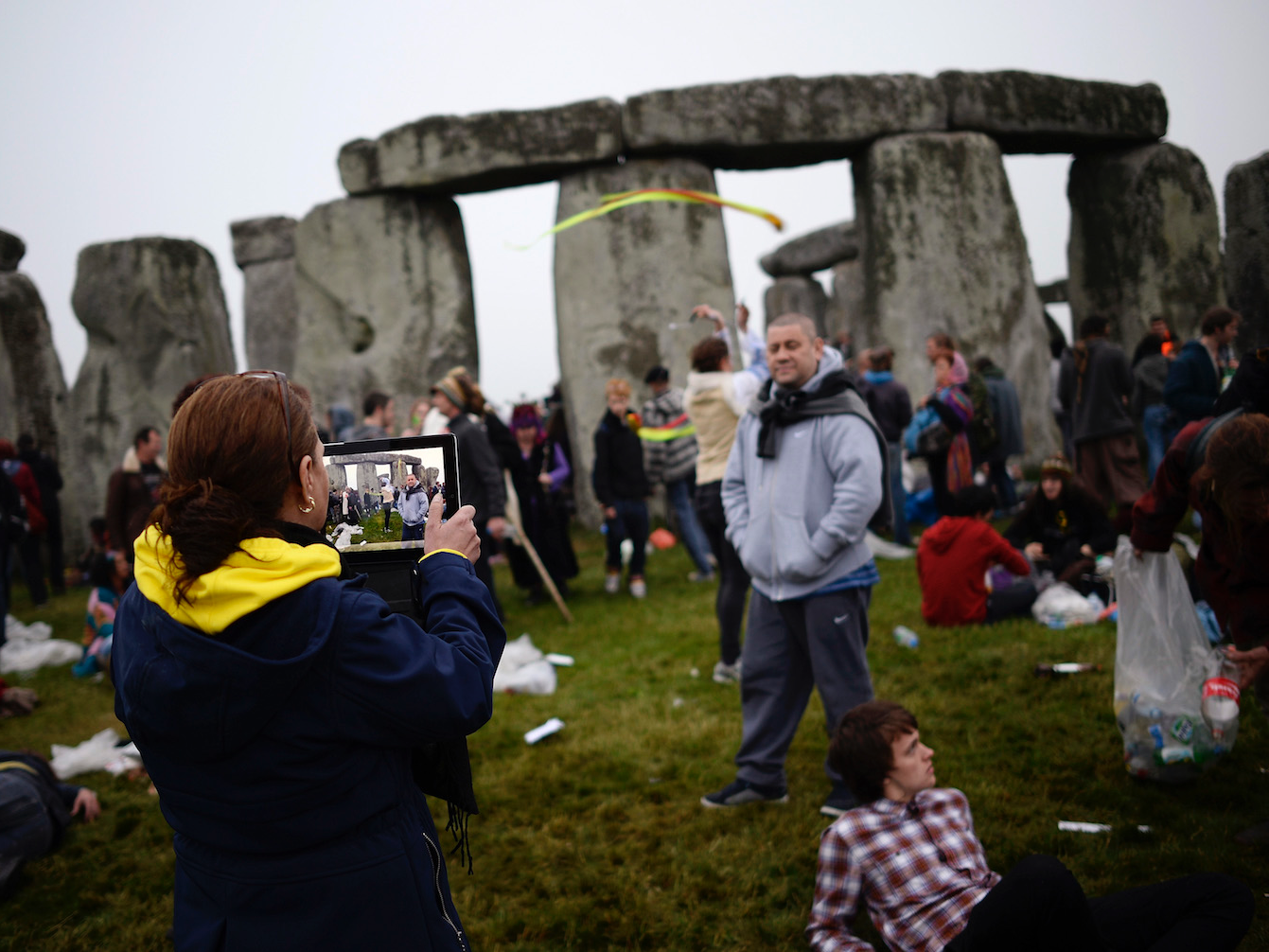 The iconic British monument attracts 800,000 tourists a year, which means that your view of the stones could be spoiled by hordes of people who are likewise trying to see the structure. Not to mention the fact that there’s an entrance fee to see this ancient wonder.

Mystery Spot is billed as a gravitational anomaly. 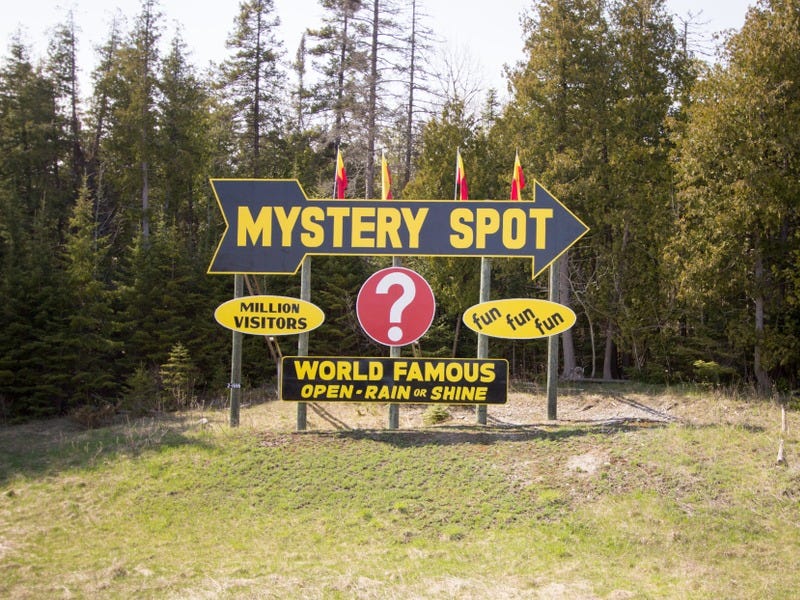 ShutterstockA Mystery Spot can be found in various locations around the US.

Described as a “gravitational anomaly,” the Mystery Spot sits in California’s Redwood Forest. The attraction challenges basic laws of gravity and physics; objects roll uphill and visitors lean over their toes without falling over.

But the “mystery” is actually based on simple illusions. 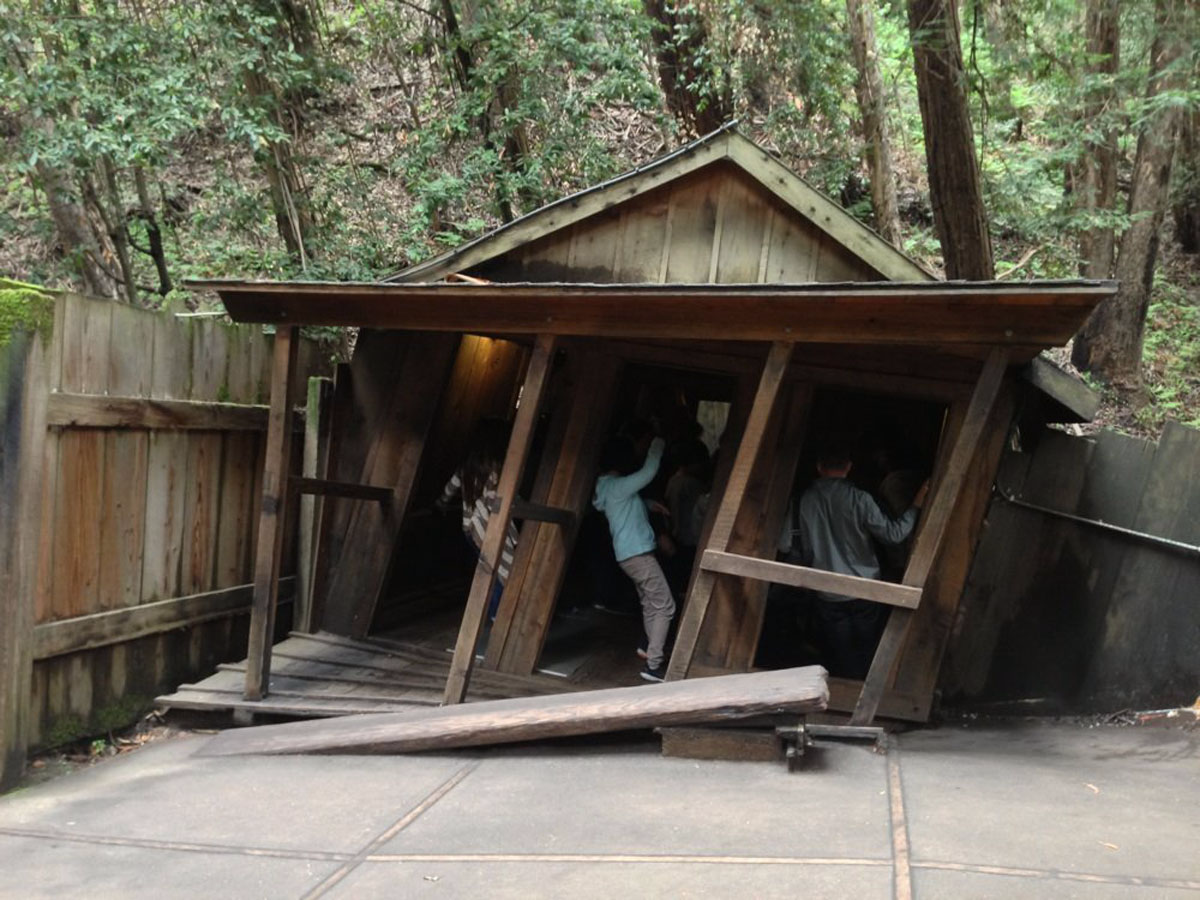 Like all of Mystery Spot‘s features, the “gravity-defying” house is based on an optical illusion. The source of the sleight is what’s known as a gravity hill – an area of land in which a downhill slope appears to curve uphill. 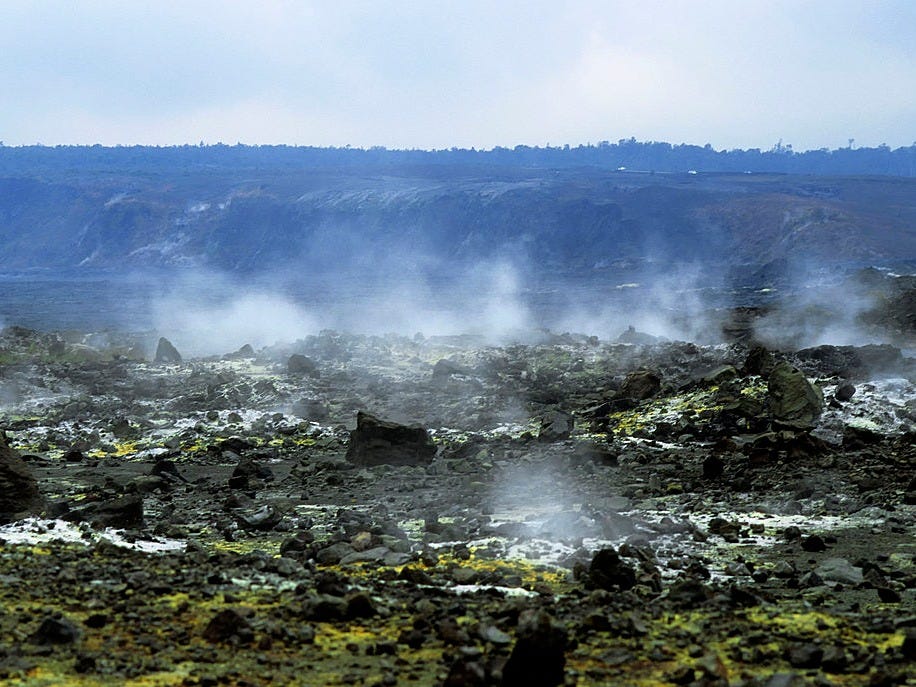 On Hawaii’s Big Island, steam vents give the landscape an otherworldly look. Steam is released when ground water trickles down to hot volcanic rocks.

But up close, they aren’t so impressive. 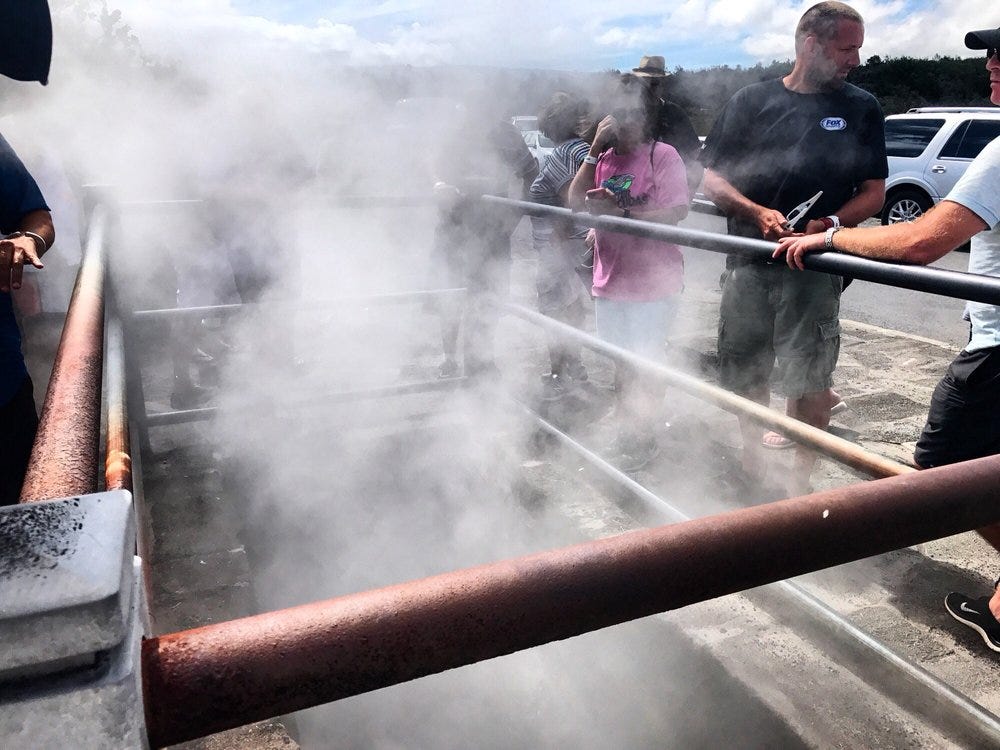 Without steam, it’s just a hole in the ground.

If you’re driving through Kansas, you can see the world’s largest ball of twine. 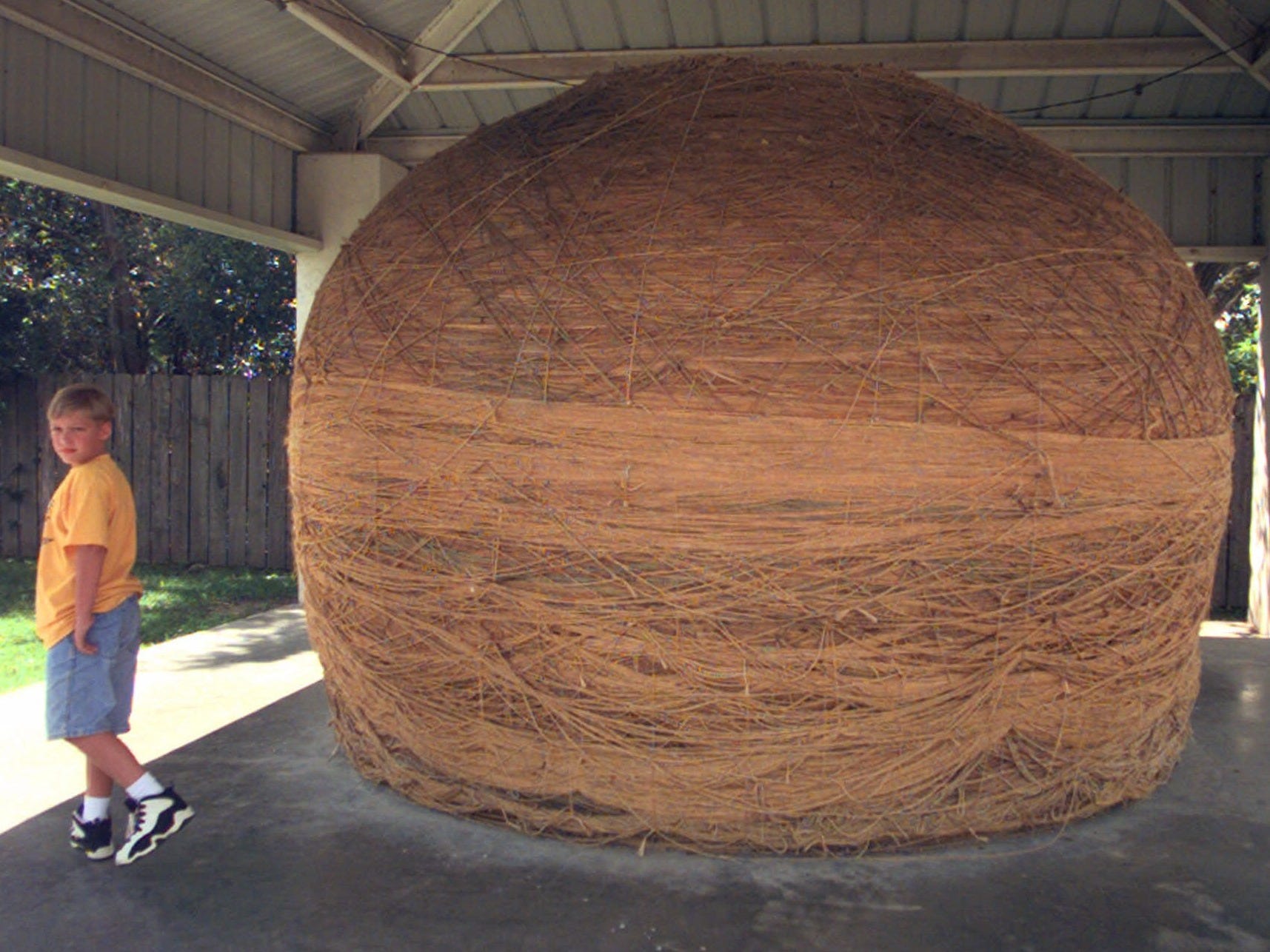 Besides just being a ball of twine, it’s also less impressive from a distance. 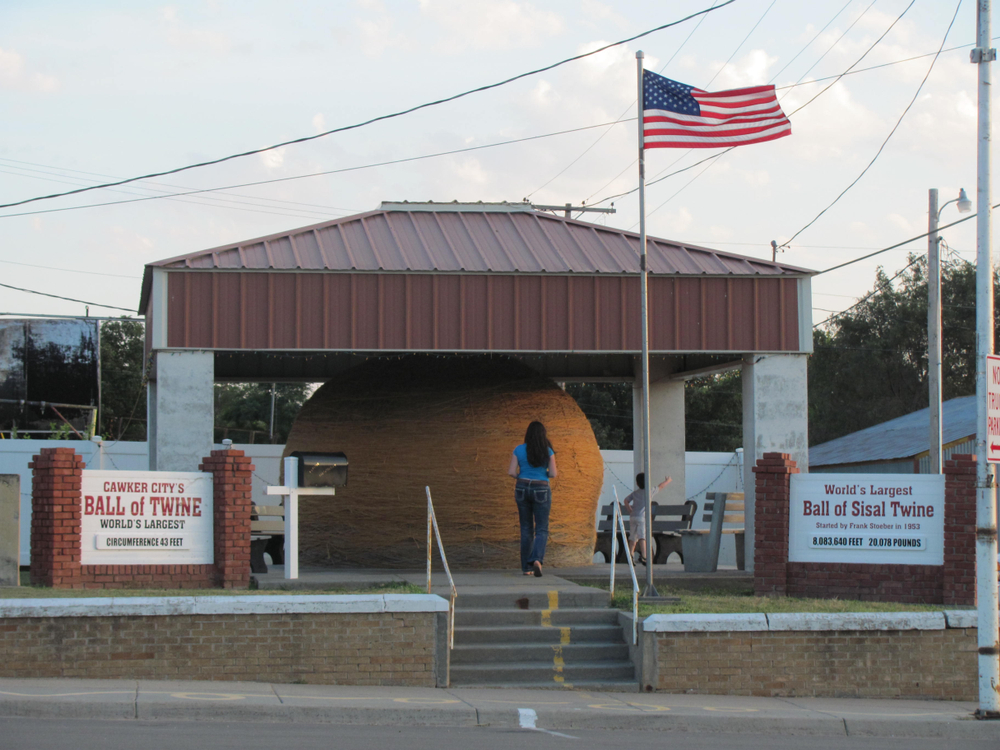 Despite its impressive stats, the twine ball is really nothing more than a large, brownish-orange mound. Over the years, the massive sphere has gradually lost its round shape.

The Desert of Maine may not be a true desert, but it’s still a popular destination. 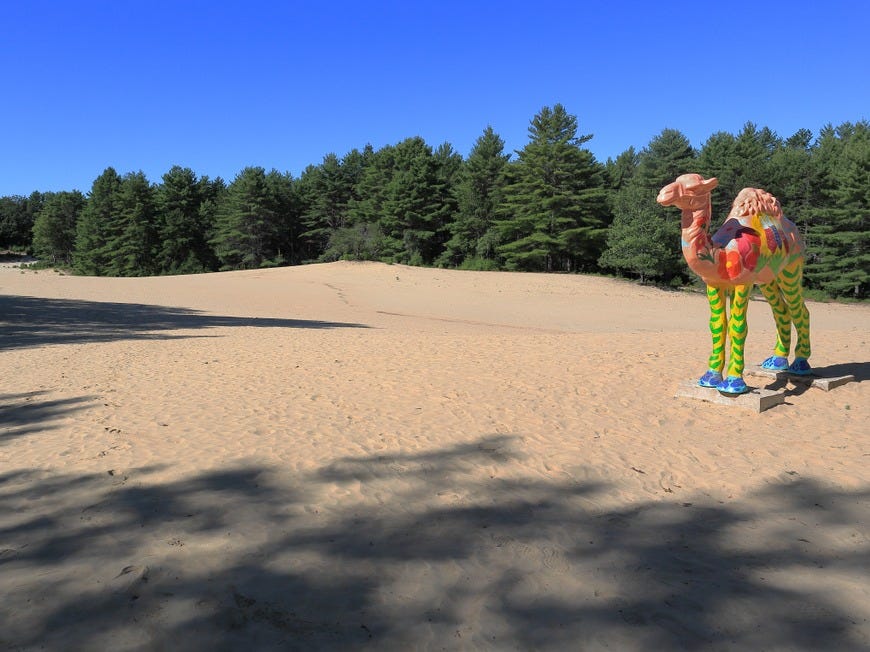 Near Freeport, you’ll find the 40-acre Desert of Maine, an attraction frequented by 30,000 tourists each year. Although it’s not a true desert – the region gets too much precipitation -the sand and silt formed naturally from large glaciers that eroded during the last ice age.

But it mostly looks like a depressing sand lot. 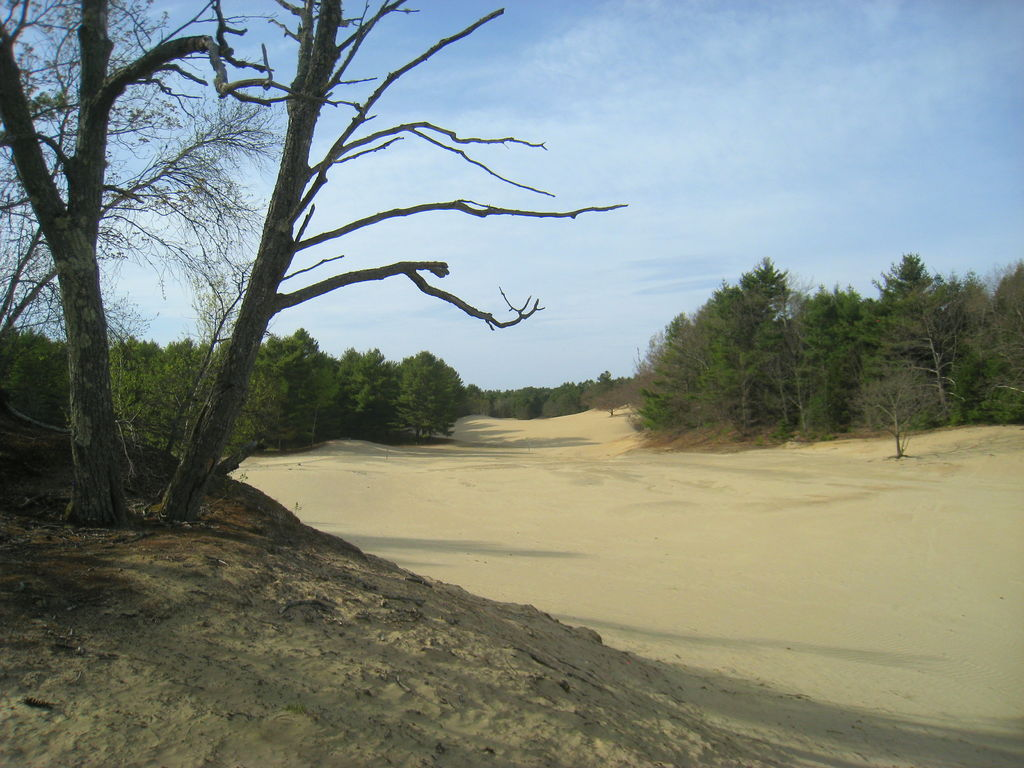 Natural marvel or not, the Desert of Maine is basically a depressing beach with some greenery. 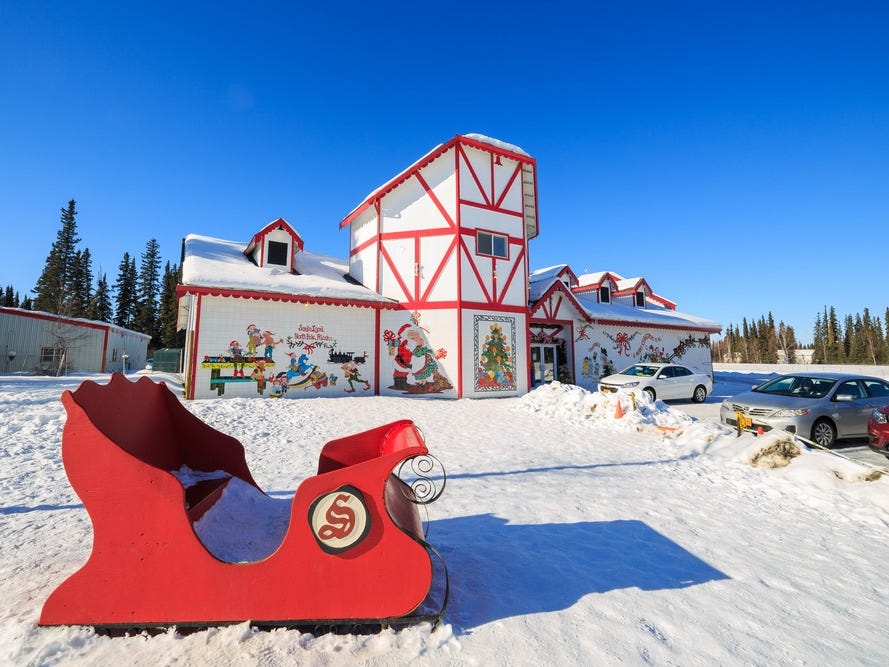 As the home of the world’s largest Santa Claus, this charming Alaska town (which isn’t actually located at the North Pole) is filled with Christmas cheer throughout the year.

But Santa himself doesn’t look so jolly. 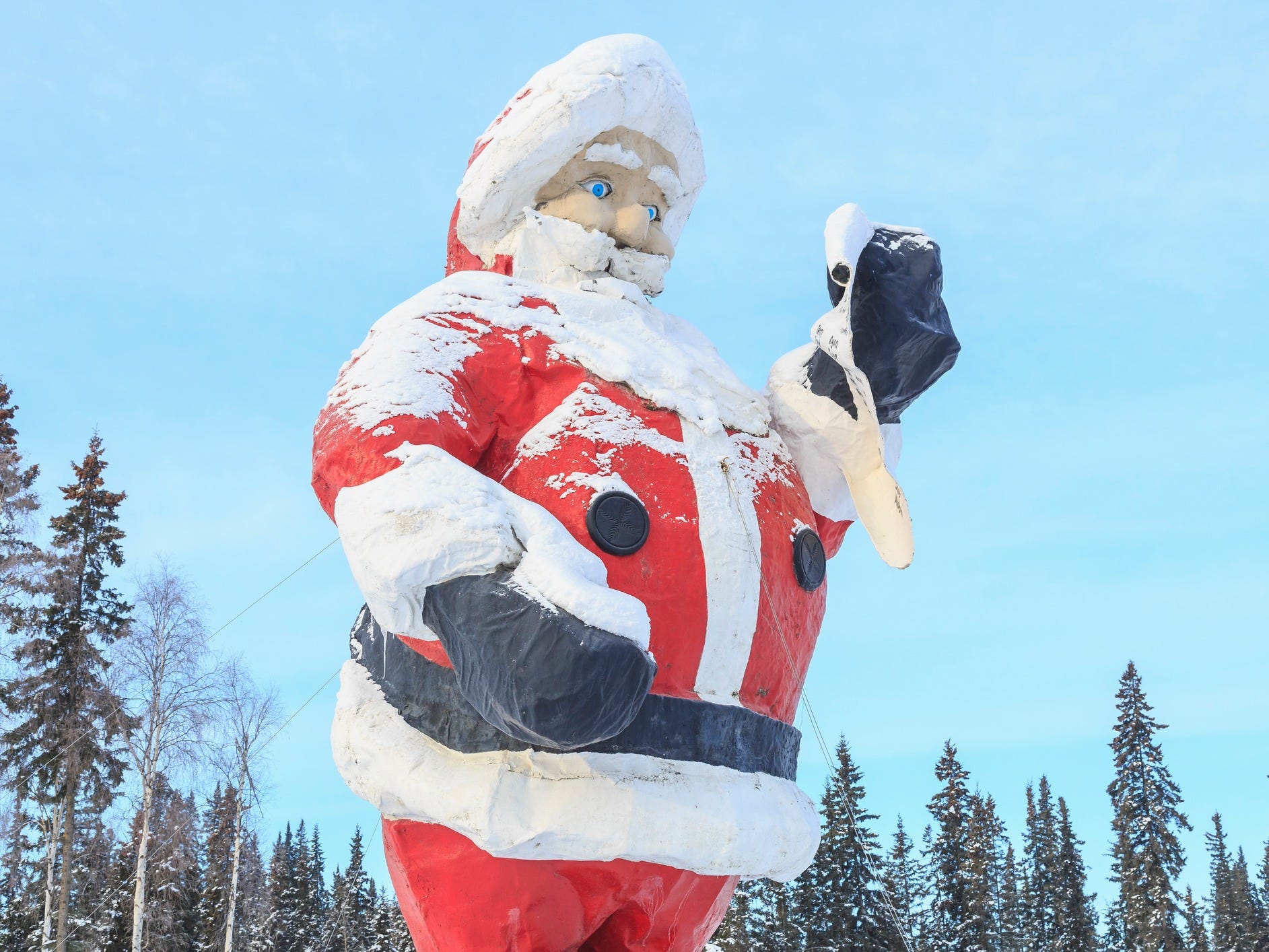 St. Nick stands 42 feet tall, but he’s fenced in off the side of a road … like a reindeer at a petting zoo.