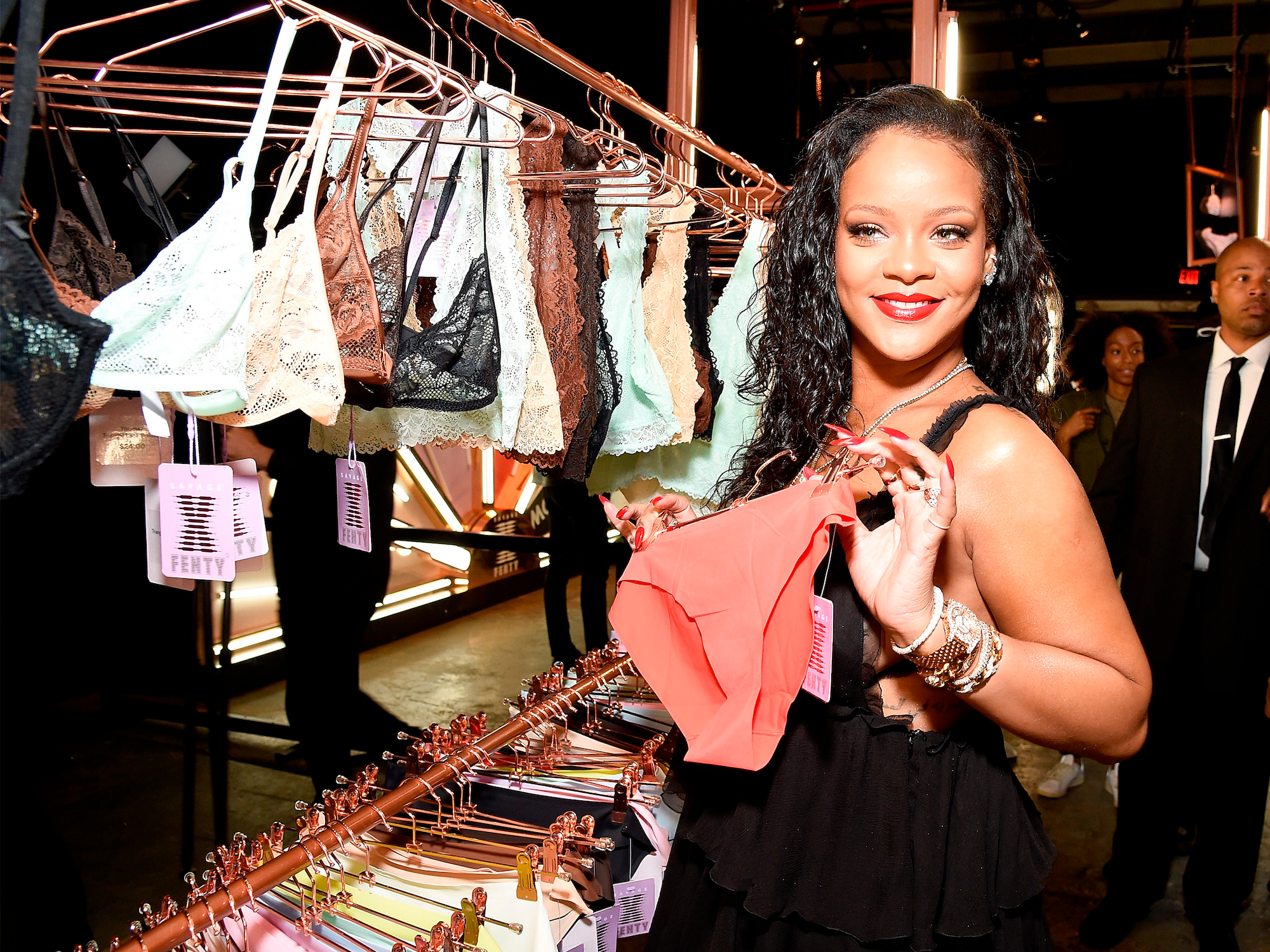 Consumer advocate group Truth in Advertising filed a complaint with the Federal Trade Commission on Monday, accusing the brand of violating consumer protection rules and using “deceptive marketing” in luring customers into a membership program that could result in $US50 monthly fees.

“It deceptively promotes discounts and product prices that are only available to consumers who are bound to the company’s membership program without clearly and conspicuously disclosing this fact in its marketing materials,” Truth in Advertising wrote in a letter to the FTC.

It also accused the company of enrolling consumers into its VIP membership program without adequately disclosing all of the terms and conditions.

“Once consumers are ensnared in the negative-option offer, they face two problems: using store credits that may have accumulated over several months of inactivity that can only be applied to purchases of $US49.95 or more (despite statements by Savage X Fenty that store credits can be used ‘whenever’); and attempting to cancel membership, which can only be done by calling the company,” Truth in Advertising wrote in a press release announcing the investigation.

A spokesperson for Savage X Fenty did not immediately respond to Business Insider’s request for comment.

In a statement to The New York Times, Savage x Fenty spokesperson Emily Tully said: “These accusations are false and based on misconceptions of our business.”

She added: “At Savage x Fenty, we believe strongly in transparency, which is why we provide multiple disclosures of membership terms throughout the shopping experience, within advertisements, and through our ambassador engagement policies.”

On Savage x Fenty’s site, there are two pricing options listed for each product: one for VIP members and one for non-VIP members.

When you select an item, the page automatically selects the VIP price and adds the cost of a membership on to your order. 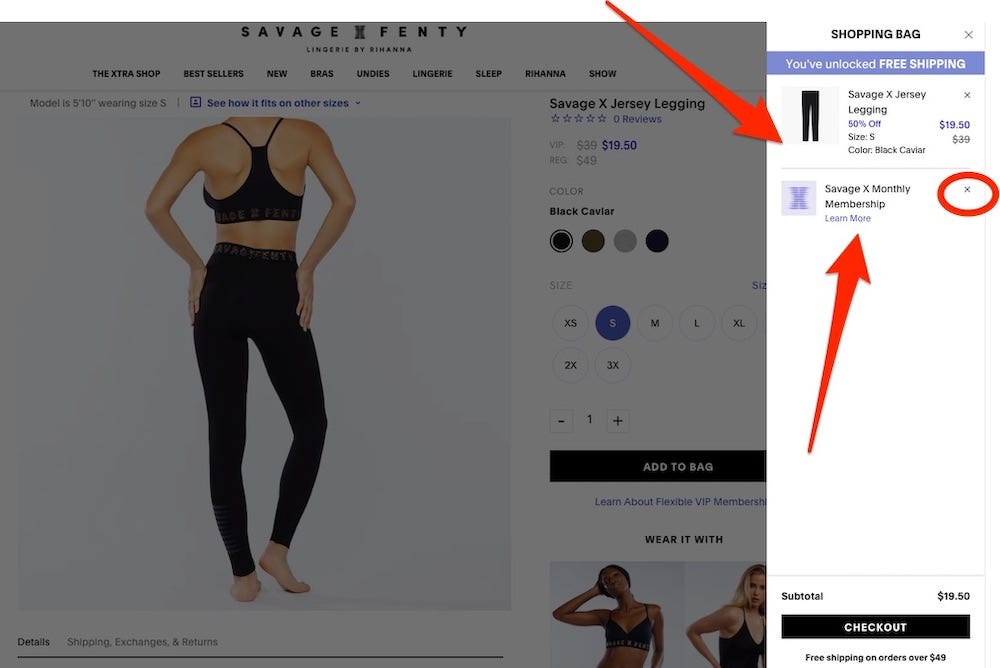 Once you click through, there’s an option to remove the membership or learn more about what it is. On the payment page, more details about the membership program pop up on the customer’s screen. 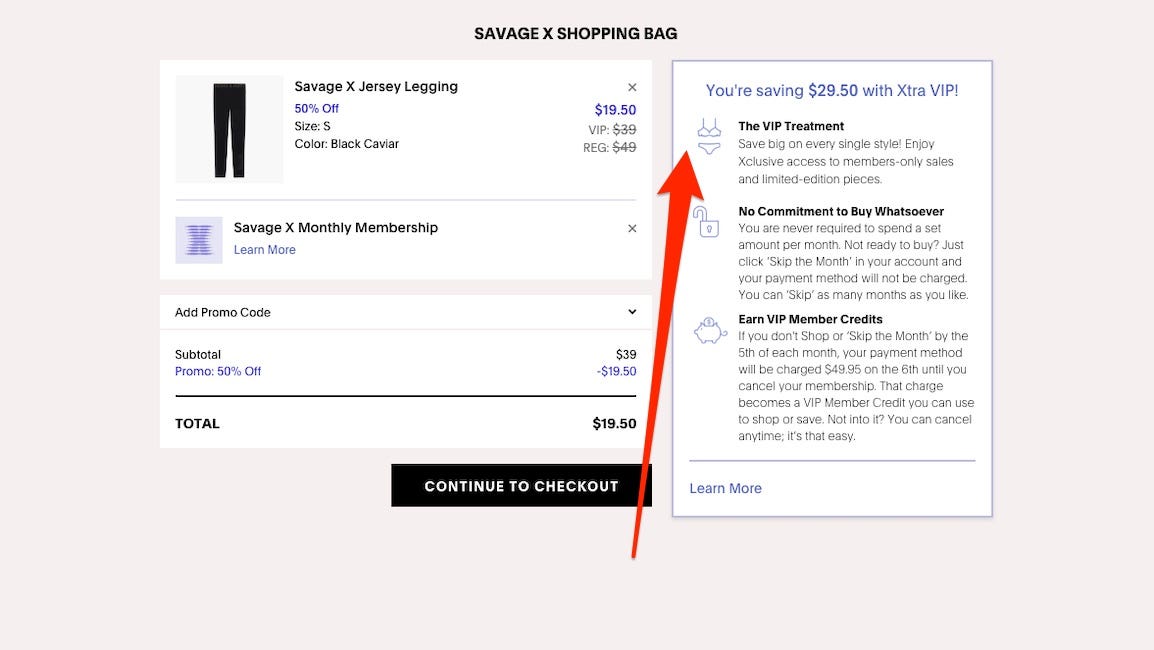 But the company’s page on Better Business Bureau bears numerous complaints that the brand hadn’t made the auto-enrolling feature obvious enough to the consumer.

In one complaint, a shopper said that the option not to take part in the membership was not made “explicit” during the checkout process. They said that when they did come to cancel the membership, they encountered issues getting through to customer service.

“As soon as I realised money was taken from my account, I immediately tried to get in contact with the company. I tried the online help that was offered and that was no use because the online representative, kept ending the chat. I also tried the ’24 hour, 7days a week’ phone number that was given and ended up staying on the phone, waiting for a representative for over 30 minutes. No one even bothered to answer the phone,” the customer wrote.

Another shopper described the membership as “impossible to cancel.”

“I’ve called so-called customer service three times, and each time I get out on hold for 10 minutes and then the call gets disconnected. This is unbelievable!” they wrote.

According to Truth in Advertising, this isn’t the first time the e-commerce company TechStyle, which has partnered with Rihanna to launch Savage x Fenty, has come under scrutiny for its practices. In 2014, it paid $US1.8 million to settle a consumer protection lawsuit over a similar membership program fee issue.