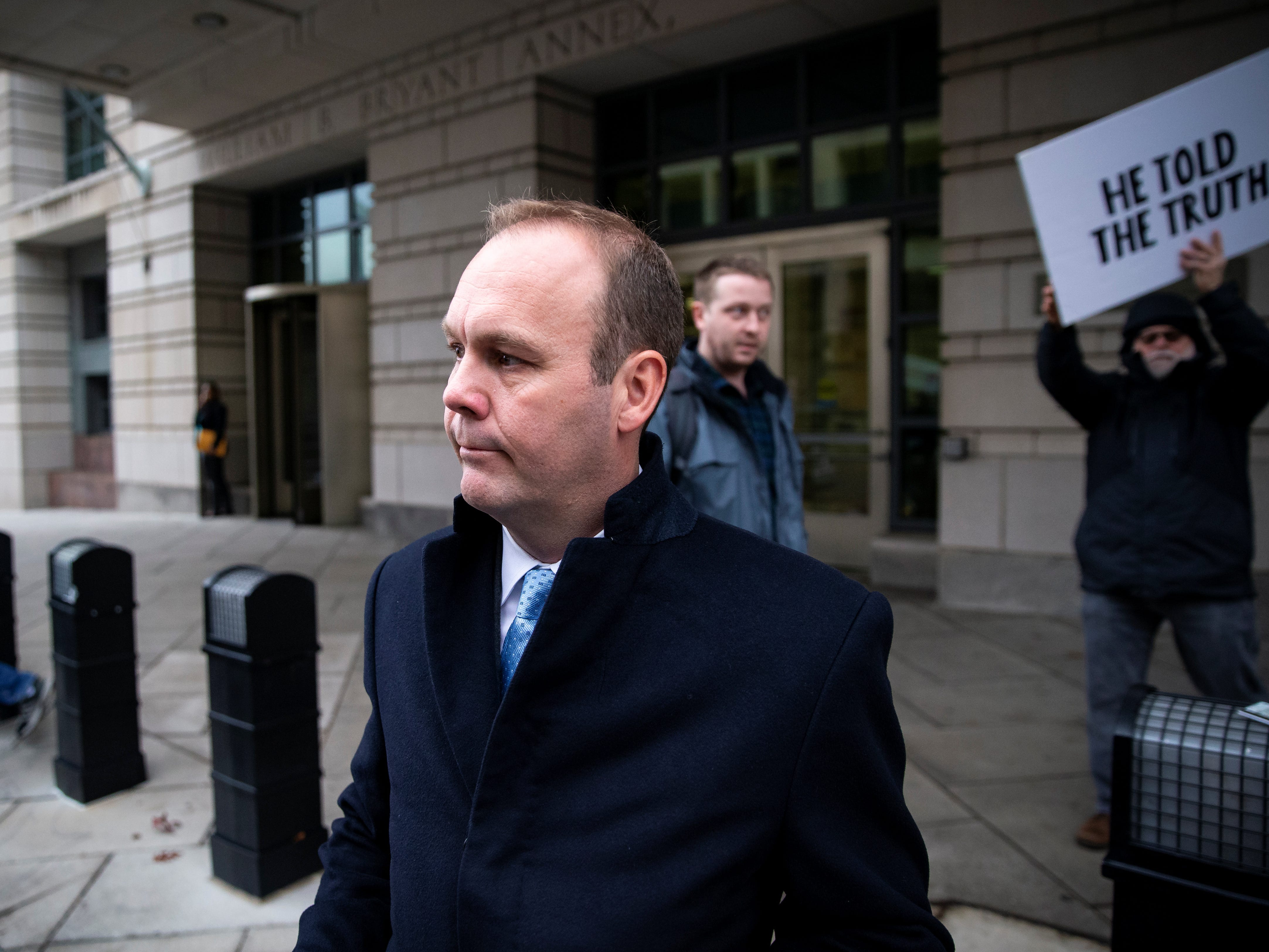 Before the unprecedented circumstances of the 2020 election â€” which includes a recession, a global pandemic, and a sitting president struck ill by the very disease that’s killed over 200,000 Americans â€” there was the 2016 upset.

Now, Rick Gates, his former deputy campaign manager, is publishing a book that goes deep into the campaign that changed America forever.

Gates didn’t just have a firsthand seat for the campaign: He also became a target of special counsel Robert Mueller’s investigators as they probed whether Trump’s team conspired with Russia to win the White House. He ultimately pleaded guilty to financial fraud and lying to investigators, flipping on his former colleagues and becoming a star witness in the Mueller probe. Gates even testified against former boss â€” and former Trump campaign chairman â€” Paul Manafort.

Manafort resigned from the Trump campaign after The New York Times reported that he was set to receive $US12.7 million in cash payments from a Ukrainian pro-Russia political party. Gates continued to work on a nonprofit that supported Trump until 2017, when he was reportedly “forced to leave” his position.

As Business Insider’s Sonam Seth reported, Gates took a plea deal in February 2018, becoming a cooperating witness in Manafort’s trial. He testified that he committed crimes with Manafort â€” “at Mr. Manafort’s direction.”

Ultimately, Gates was sentenced to 45 days of jail time, served over weekends, and three years of probation. That jailtime was suspended indefinitely in April, following the onset of the coronavirus pandemic.

His book, “Wicked Game: An Insider’s Story on How Trump Won, Mueller Failed, and America Lost,” is set to publish on October 13.

Ahead of its publication, Insider is publishing an exclusive excerpt. In a phone call with Insider, Gates said that the selection is one of his favourite parts of the book.

In it, he offers a true insider’s perspective on the moments leading up to Trump becoming the Republican nominee â€” and the rocky road along the way.

He recalls that the campaign had tallied a total of 45 women from “Trump’s past who claimed he’d crossed a line” before adding in the memoir: “He denied all of their allegations, and we took him at his word.”

And the soon-to-be nominee was originally rankled at the thought of Indiana Gov. Mike Pence becoming his running mate, since the then-governor was markedly behind in his gubernatorial race.

Gates writes that Trump asked, “Why would I want a guy like that to be my VP?” as the campaign flew to a rally. Trump added: “He’s losing!”

Gates also describes the lead-up to Trump sweeping the “Acela primaries,” which refers to the primaries of several states serviced by the Amtrak northeast corridor. Jared Kushner helped the future president to prepare â€” and agree to use a teleprompter â€” for his first major speech at Washington, which was focused on foreign policy.

As Trump’s delegates began to roll in, so did attendees: Gates said over 500 people asked to attend.

“The stakes were high â€” and about to get a lot higher,” Gates writes.

EXCLUSIVE: Inside the moment it became clear Trump was the 2016 nominee â€” as told by Rick Gates, his former deputy campaign chairman and a Robert Mueller star witness