'I am not disgruntled': Top scientist who was fired and then filed a whistleblower complaint rejects Trump's label and says the US government 'could have done more' to save lives 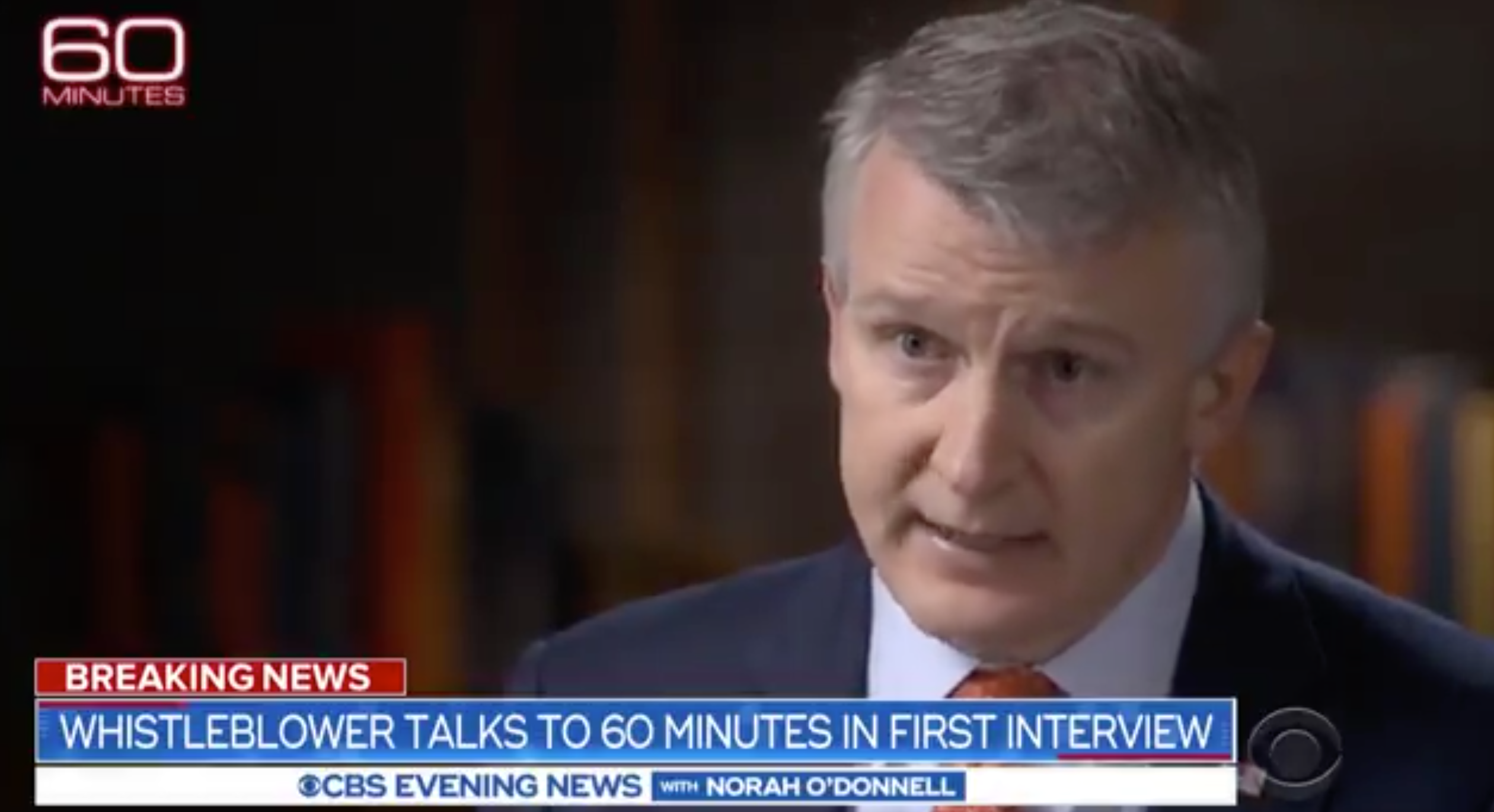 CBSDr. Rick Bright of the National Institutes of Health is interviewed by CBS.

Rick Bright, the Department of Health and Human Services scientist who was fired in April and then filed a whistleblower complaint alleging the department ignored his warnings about the US response to the coronavirus, disputed the White House’s characterization that he was merely a “disgruntled” employee.

“Those things frustrate me,” Bright added.

Bright, who led the Biomedical Advanced Research and Development Authority (BARDA) since 2016, alleged his firing was based on his reluctance to advance a White House directive to use the anti-malarial drug hydroxychloroquine drug as a coronavirus treatment because of the lack of scientific evidence on its efficacy.

Bright also alleged that despite warning officials about the US’s supply deficiencies in its response to a novel coronavirus, he was met with “indifference which then developed into hostility,” according to his complaint, as first reported by CNN.

“His efforts to prioritise science and safety over political expediency and to expose practices that posed a substantial risk to public health and safety, especially as it applied to chloroquine and hydroxychloroquine, rankled those in the Administration who wished to continue to push this false narrative,” the complaint said.

Bright, who in his whistleblower complaint requested to be reinstated to lead BARDA, said his efforts were predicated on a concern for healthcare workers who are “now dying.”

“I was thinking that we could have done more to get those masks and supplies to them sooner, and if we had, would they still be alive today?” Bright said. “It’s a horrible thought to think about the time that past when we could have done something and we didn’t.”

An HHS spokesperson said in a statement at the time that he was reassigned to a department for diagnostics testing at the National Institutes of Health and was “entrusted to spend upwards of $US1 billion to advance that effort.”

After Bright filed his complaint, officials claimed he had mismanaged his office and mistreated his staff, CNN said in its report.

“We are deeply disappointed that he has not shown up to work on behalf of the American people and lead on this critical endeavour,” HHS spokeswoman Caitlin Oakley reportedly said.

Bright disputed the timeliness of his transfer to the narrower role and called it irresponsible.

“To take me out of our organisation focused on drugs; and vaccines; and diagnostics, in the middle of a pandemic, the worst public health crisis that our country’s face in a century … to move me over to a very small, focused project of any scale … is not responsible,” Bright said to CBS. “It didn’t make sense.”

President Donald Trump on Wednesday described Bright as a “disgruntled employee who’s trying to help the Democrats win an election.”

“I never met him, I know nothing about him,” Trump said to reporters.

The Office of Special Counsel recommended Bright be reinstated for 45 days as the department investigates his allegation of retaliation, his attorney said to Politico. The OSC reportedly found there were “reasonable grounds to believe” his claim.