HERE COME CYCLING'S ROAD WORLD CHAMPIONSHIPS: One of the biggest and best weeks in bicycle racing is headed to the US for only the second time ever

The week of September 20-27 will see over 1,000 of the world’s fittest athletes race for gold at the UCI Road World Championships, with historic Richmond, Virginia, playing host. This edition of road worlds, an event that leaves Europe only occasionally, offers a huge opportunity for US riders and fans.

It’s only the second time they have been held on US soil — you have to go back 29 years to Colorado Springs, Colorado, for the first visit — and the US has an excellent shot at winning several medals, most notably in the elite women’s road race with Wall Street analyst turned bike racer Evelyn Stevens and in the elite women’s time trial with Olympic gold medalist Kristin Armstrong.

While the Tour de France is the world’s most famous bicycle race, for many the road world championships are a more intriguing affair. Unlike the Tour, where just a handful of riders have a real chance at winning the overall and a few big-budget teams control the three-week race, road worlds are one-day events held at the end of a long, gruelling season, and they are much more open and therefore more unpredictable.

It is not uncommon for Tour champions and stars of the sport to be beaten by so-called lesser riders. Winning the famous stripes, one of sports’ greatest prizes, can land a rider a lucrative contract and make a career. To become champion you need world-class talent, endurance, racecraft, and motivation, but past winners and near winners alike will tell you that you need luck, too.

This year’s eight-day, 12-race UCI Road World Championships will showcase over 1,000 cyclists from 75 countries. Each race crowns a new world champion, and each champion wears the rainbow jersey for a year until the next championships. Organisers in RVA expect 450,000 on-site spectators, with another 300 million people tuning in to see the races broadcast worldwide. Lending importance to this year’s World Championships is next year’s Olympics, because in Richmond we should get a preview of Rio 2016.

Scroll on for detailed course information, race schedules, the favourites, how to watch on TV and online, some insights into worlds’ colourful history, and “the curse of the rainbow jersey.”

This map shows the 10-mile course for the circuit races -- the elite men will race 161 miles and the elite women 80.5 The course is fast and technical with lots of turns and three punchy climbs in the last few miles. (See the profile below.)

'All road races will take place on a challenging, technical inner-city road circuit,' organisers say. 'The peloton heads west from Downtown Richmond, working their way onto Monument Avenue, a paver-lined, historic boulevard that's been named one of the '10 Great Streets in America,'' according to the official race website, Richmond2015.com. 'Racers will take a 180-degree turn at the Jefferson Davis monument and then manoeuvre through the Uptown district and Virginia Commonwealth University.

'Halfway through the circuit, the race heads down into Shockoe Bottom before following the canal and passing Great Shiplock Park, the start of the Virginia Capital Trail. A sharp, off-camber turn at Rocketts Landing brings the riders to the narrow, twisty, cobbled 200-meter climb up to Libby Hill Park in the historic Church Hill neighbourhood. A quick descent, followed by three hard turns leads to a 100-meter-long climb up 23rd Street. Once atop this steep cobbled hill, riders descend into Shockoe Bottom. This leads them to the final 300-meter-long climb up Governor Street. At the top, riders face a 680-meter false flat to the finish.' See a bigger map here. Here's the schedule for the circuit races: Expect massive crowds on the trio of short, steep climbs that come near the end of each lap. Since the riders will be going (a bit) slower on the climbs, you'll get to see a little more of the action. But you'll want to arrive early.

These are the gradients for each of the three climbs, according to the organisers The view from the top of Libby Hill, the first of three short, provocative, and potentially decisive climbs that come near the end of each lap Now imagine thousands of cheering spectators in this place, because that's what Libby Hill Park will look like come worlds. (This photo shows Team USA riders checking out the course in fall 2014.)

Narrow, twisty, and cobbled -- what's not to love about the most scenic part of the course Daniel McMahon/@cyclingreporter
The off-camber start of the 215-meter climb of Libby Hill.

If it's raining, the cobblestones on Libby Hill will become super-slick and cause riders problems that could affect the outcome of the race. Those who want a shot at a medal will need to fight for position at the head of the peloton and avoid sliding out or having to put a foot down in a bottleneck -- all while not getting caught up in a crash. The race may not be won on Libby Hill, but it could be lost there. In 2014, one of the biggest American talents, Taylor Phinney, joined Team USA in a trip to Richmond to preview the worlds course, but only after overcoming a serious leg injury that had him out of the sport for a year. The charismatic rider -- whose parents Connie Carpenter and Davis Phinney were both cycling champions -- said he and his teammates are very motivated for worlds. USA Cycling recently announced who will be riding, and he made the team. Phinney could make podium in the team time trial, the elite men's individual time trial, and the elite men's road race.

Expect lots of attacks on the penultimate climb up 23rd Street Josh Lopez/Richmond2015
Team USA rode the course in fall 2014. Since then, this climb has undergone restoration -- now it's just all cobbles with no asphalt.

The second-to-last major hurdle on each lap of the road circuits takes riders up the short but steep 23rd Street climb. If there's going to be a truly decisive climb in the road races, this should be it -- especially after the elite men race up it 16 times and the elite women eight times. (Read about this climb's cobblestone-restoration project leading up to worlds here.) 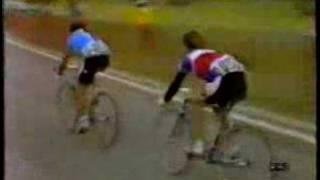 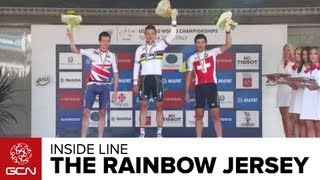 The most controversial moment in road world championships history