We Ranked YouTube's Biggest Stars By How Much Money They Make Youtube ScreenshotSweden’s PewDiePie is the most popular YouTuber in the world right now.

YouTube videos can be big business for top independent content creators. These are the YouTube stars who have huge online fanbases — even though most people have never heard of them.

We picked out 20 of the biggest stars, who could each be earning more than $US1 million a year in ad revenue — in some cases much more.

A range of earnings estimates for each channel was provided by YouTube analytics company SocialBlade. Its estimates are placed within upper and lower limits, based on their daily views multiplied by a low cost-per-thousand impression advertising (CPM) rate of $US0.60 and a high rate of $US5. The range is wide to account for differences in the type of ad (including kinds of banner ads and pre-roll) and brand value. These estimates also assume that every video is monetized, which is not always the case.

Even after subtracting Google’s 45% cut, these YouTube stars have got it made.

Evan is the 7-year-old face of EvanTubeHD, a family-friendly YouTube channel where Evan (and occasionally his sister or mum) reviews toys and video games. What started as a father-son bonding project -- Evan and his dad would make Angry Birds stop-motion videos for fun -- has snowballed into near-celebrity status for Evan. According to a Newsweek interview with Jared, Evan's father, all of the proceeds from the channel, for which they currently have a dedicated ad-sales team, goes into investment and savings accounts for their children. Bradley 'The Rad Brad' Colburn is a sensation in the gaming world, for his detailed and humorous video game 'walkthroughs' (when he explains how to play and beat a game). He is known for his profane and hilarious outbursts, sometimes even breaking chairs when he can't beat a level in a game. Colburn got his start through the popular gaming website Machinima, which specialises in creating animated videos using video games. Colburn began making the 'walkthroughs' while finishing college and working a part-time job at Best Buy. When he graduated, he decided to give YouTubing full-time a try. In the past nine months, Colburn has jumped from 700K subscribers to 2.32M and counting.

Ruben Doblas Gurdensen is a popular Spanish video-game commentator and comedian. While he began by posting videos of The Elder Scrolls V: Skyrim and Battlefield, he has since branched out into video blogs and comedy videos. He currently lives with another famous YouTuber, MangelRogel, who encouraged him to start posting videos.

Kanna and Akira are two Japanese sisters who (with their parents help) make videos of themselves playing with and using a variety of toys and make-it-yourself candy and baked goods.

Last September, Jordan Maron became the fifth video-game commentator to hit 1 billion views. While he is well-known for his popular 'Let's Play' videos, he also makes parody music videos using Minecraft animations. He is currently signed to Maker Studios, one of the most popular multi-channel YouTube content distributors.

BlueXephos is the main channel for the Yogscast, a group of British video-game commentators and players who produce videos primarily of Minecraft and World of Warcraft. While there are a number of other YouTubers associated with the Yogscast, BlueXephos is run by Yogscast founders, Lewis Brindley and Simon Lane. BlueXephos is notable for hosting a variety of charity initiatives, including a recent drive last December that raised $US1.16 million for Oxfam, Little People UK, GamesAid, SpecialEffect and War Child. 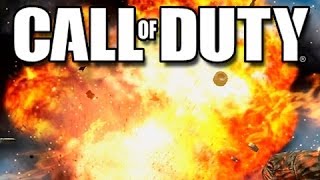 Not much is known about the identity of YouTuber Speedyw03/Kyrsp33dy, as he has not done any interviews and rarely shows his face. He is known for his humorous explicit commentary on gameplay videos and is a partner with Machinima. Mitch Donald Ralph Hughes is a Barbadian-Canadian video-game commentator, who specialises in Minecraft and Call of Duty videos. He is known for his extensive personal slang, which his subscribers know and use often.

German Garmendia is a 23-year-old Chilean YouTuber who makes comedy videos aimed at a Spanish-speaking audience. He first became famous with Las Cosas Obvias De La Vida (The Obvious Things of Life). He was second only to top YouTuber PewDiePie in adding subscribers in 2013.

Toby Turner is one of the most popular Internet comedians, having amassed a whopping 13.96 million subscribers across his three YouTube channels. He first joined in 2006, when he produced a popular parody of the Adam Sandler movie 'Click.' He has since created the popular series CuteWinFail, the YouTube equivalent of America's Funniest Home Videos, and Literal Trailers. He has begun to make the transition into traditional media, scoring roles in independent films and major advertising campaigns. Last July, Turner was signed away from gaming video giant Machinima to Maker Studios. PrankvsPrank began after Jesse Wellens tricked his girlfriend into letting him film her eating a spoonful of cinnamon. The resulting video went viral, which didn't sit well with his girlfriend, Jeanna. She retaliated by filming her smacking Jesse in the head with a pan. It quickly escalated into a prank war that has catapulted the two into Internet stardom.

Madrid-native Guillermo Diaz is a Spanish video-game commentator known for his gameplay videos of Call of Duty and Grand Theft Auto V. He first became popular for being one of the best Call Of Duty players in Spain and has since become a full-time Internet personality after quitting school to produce videos for YouTube. Brooklyn natives Benny and Rafi Fine are two online producer/writer/directors who created the extremely successful React video series. In React's various iterations (Kids React, Teens React, Elders React and YouTubers React), TheFineBros show viral videos to subjects and film their reactions. The duo has been sponsored by both Ford and Comedy Central. Many consider TheFineBros to be two of the first YouTube stars.

Samuel de Luque is a wildly popular Spanish YouTuber who has become known for his voice-overs of gameplay videos for Minecraft, Saint's Row and Battlefield. His signature style is to create elaborate narratives and histories for the characters in his video-game videos to make them 'like a movie.' His fanbase is primarily based in Spain and Latin America. He often collaborates with TheWillyRex and other popular Spanish-language YouTubers. Smosh is a comedy duo consisting of YouTube veterans Ian Hecox and Anthony Padilla. Smosh was one of the first YouTube sensations, becoming well-known for their slapstick comedy videos that parody video games and pop culture. The duo has shown no signs of slowing down, opening up multiple channels and an app for their content. Currently, they have eight YouTube channels producing content, all with significant views and subscribers, including Smosh, IanH, WatchUsLiveAndStuff, ElSmosh, SmoshGames and Anthony Padilla. They have also been in talks to begin airing their comedy content on television.

DisneyCollectorBR is the YouTube channel of an unnamed Brazilian woman who posts videos of her opening, assembling, and playing with Disney toys, all while providing commentary in a soothing voice. It's a favourite of many children, whose parents find that they can put the videos on to calm and entertain their kids.

Like DisneyCollectorBR, BluCollection is a YouTube channel dedicated to opening, assembling and playing with a variety of toys. The unnamed YouTuber gives reviews of car toys, Disney toys and Play-Doh. Felix Arvid Ulf Kjelberg is a foul-mouthed Swedish video-game commentator who has absolutely dominated YouTube over the last year. His videos feature Kjelberg playing various video games, while a box in the top corner of the screen shows his reactions to what is happening. Kjelberg has broken numerous YouTube growth records, jumping from 12M subscribers in August 2013 to over 20M in January 2014. Many attribute his success to the attention he pays to his fans. Kjelberg spends lots of time talking about his fans, answering their questions in the YouTube comments section, and forming a community of 'bros.' Yes, you can make six figures as a YouTube star ... and still end up poor»