The richest families in the world, ranked 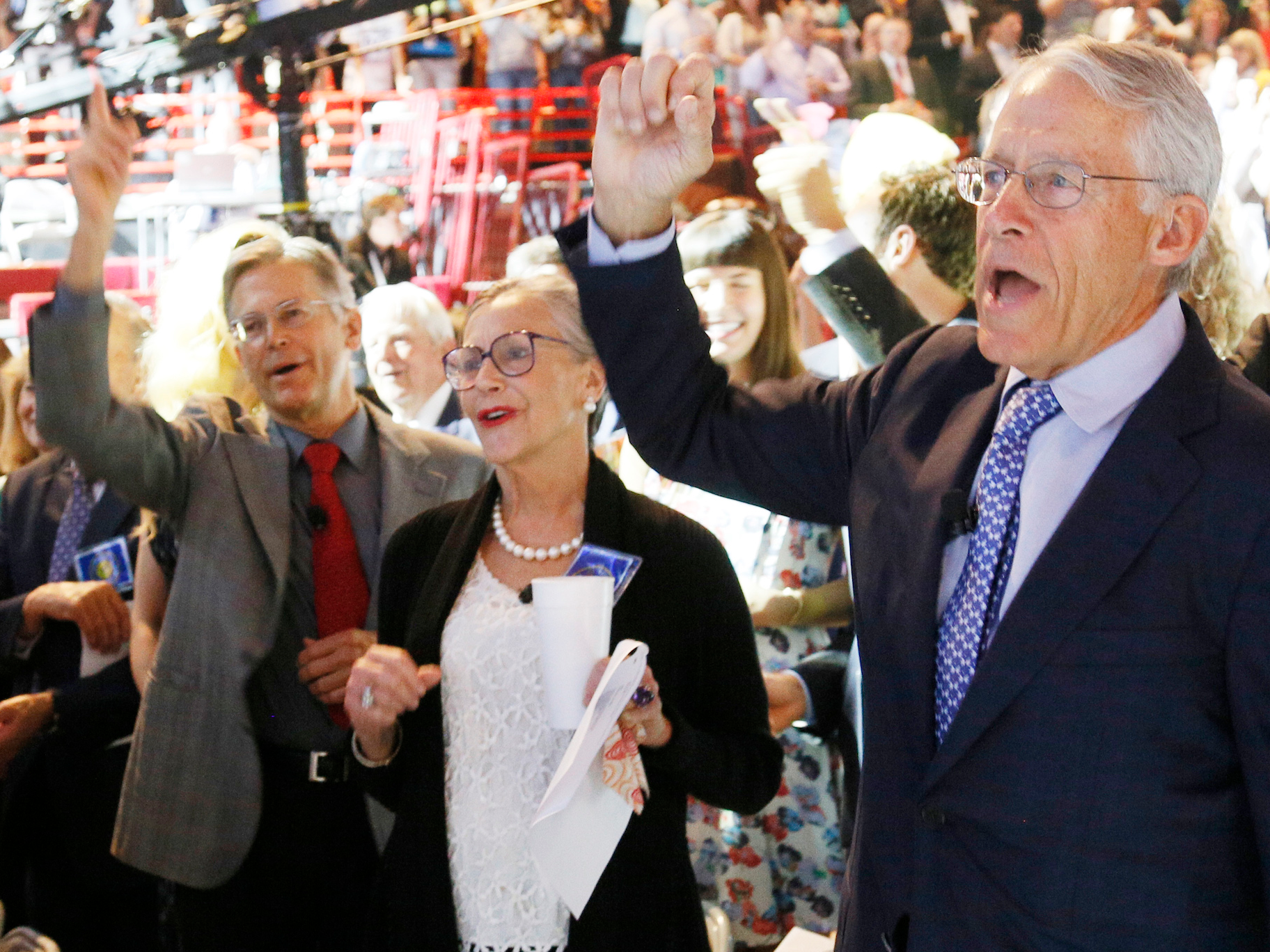 Rick Wilking/ReutersThe Walton family has a $US215 billion fortune.

As much of the world struggles with the economic fallout of the coronavirus pandemic, many of the world’s richest families are as wealthy as ever.

Bloomberg ranked the families with the richest fortunes across the globe – together, they possess $US1.4 trillion in wealth from retail industries, media conglomerates, agribusiness companies, tech giants, and more.

Bloomberg determined its ranking based on net worth figures from July 24, 2020. It didn’t take into account first-generation fortunes, fortunes controlled by a single heir, or fortunes derived primarily from the state. For the purposes of this list, families whose wealth stems from a joint company or enterprise are being considered as a single entry.

From the billionaire family behind Nutella to the Walmart heirs, here are the richest families in the world, ranked. 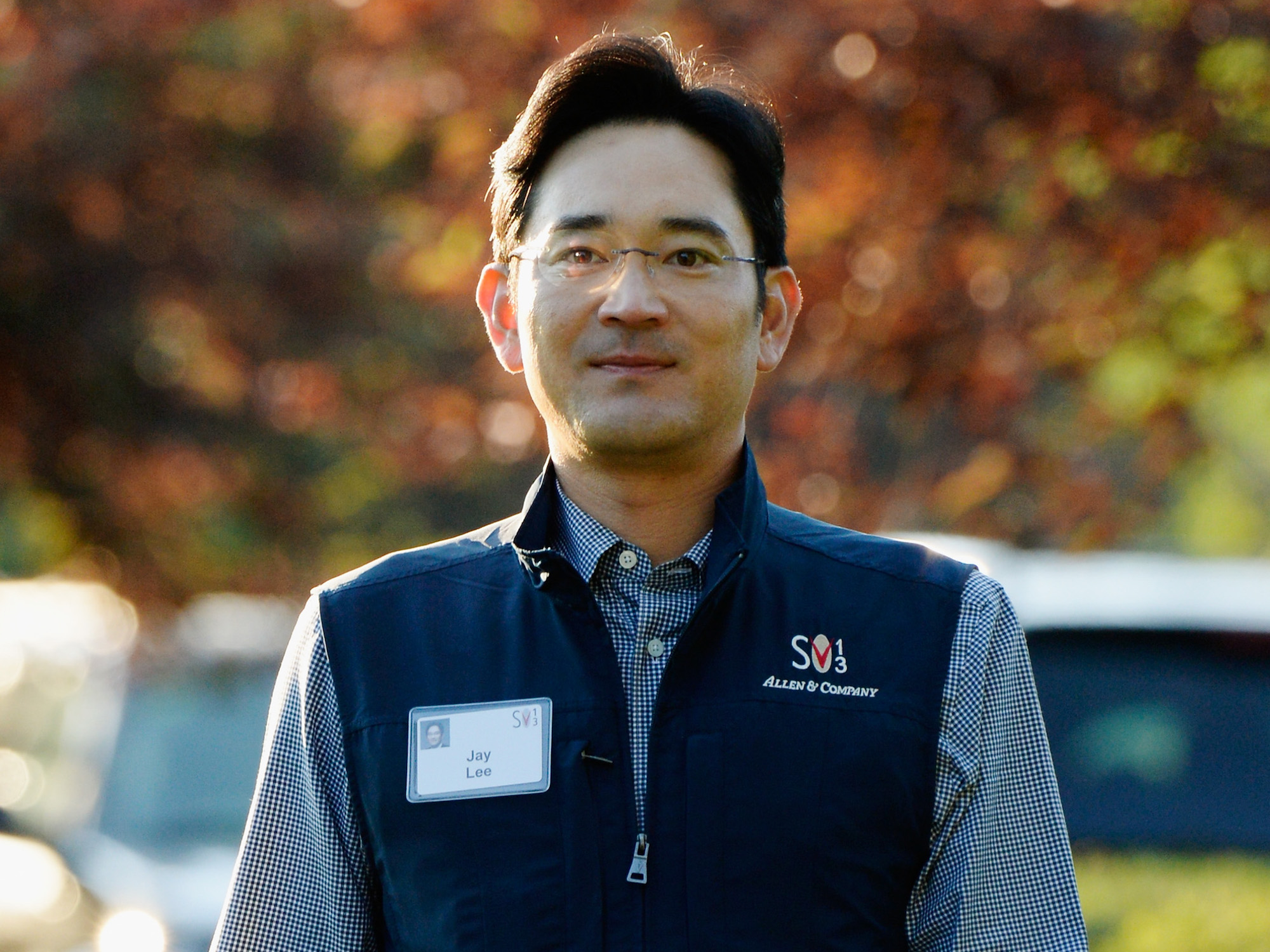 Net worth:
$US29 billion

The Lees are the family behind Samsung, which is now the world’s largest producer of smartphones and consists of 62 companies, per Bloomberg. The electronics giant has helped the Lees become one of Asia’s richest families. 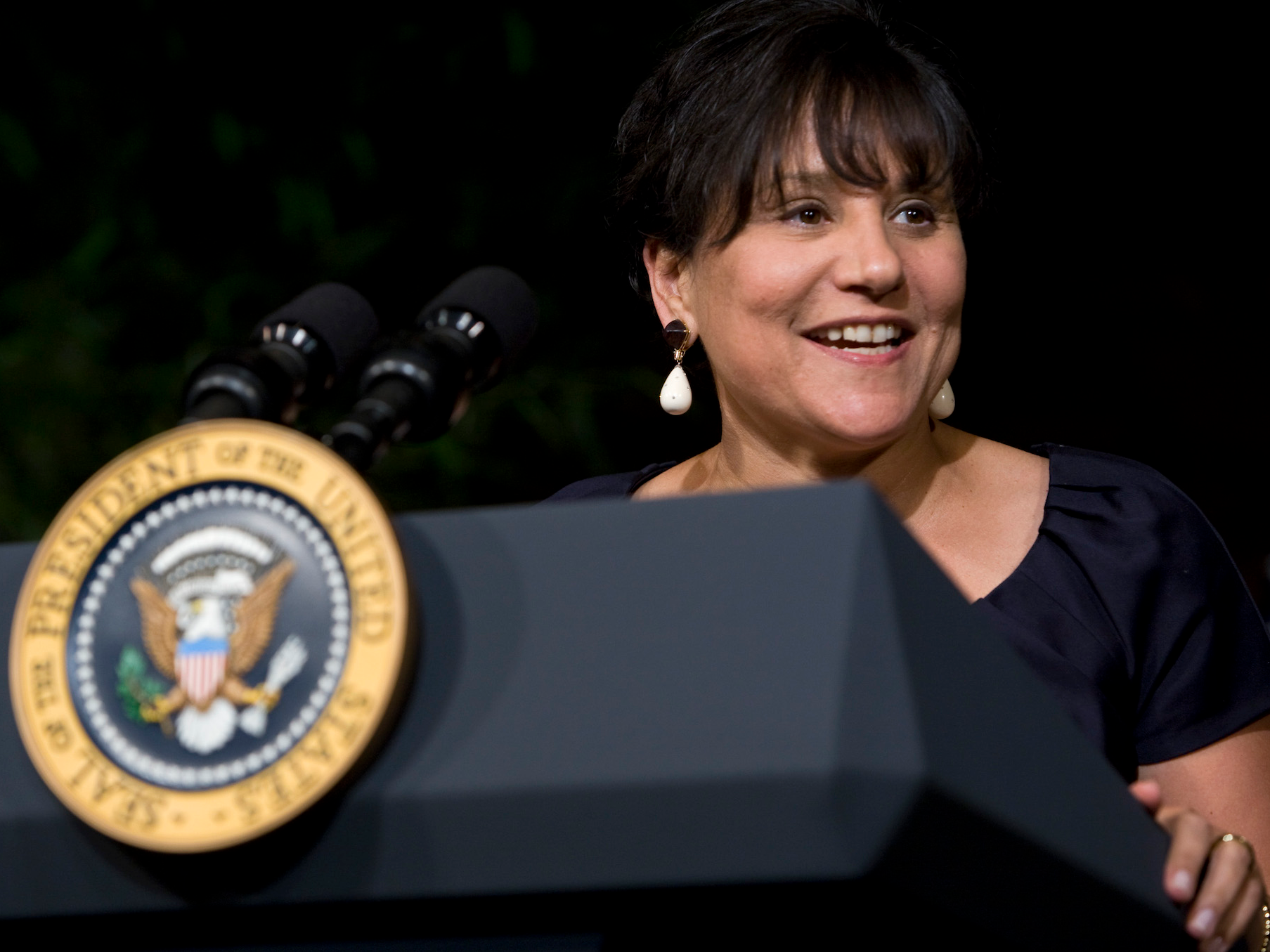 A.N. Pritzker and sons Jay, Donald, and Robert created the family’s wealth by founding the Hyatt Hotel chain and investing in holdings, such as Marmon Group. Today, the fortune is split among 13 family members, 11 of whom are billionaires. They reportedly spent much of the 2000s arguing over trusts, ultimately dividing up the fortune at the end. 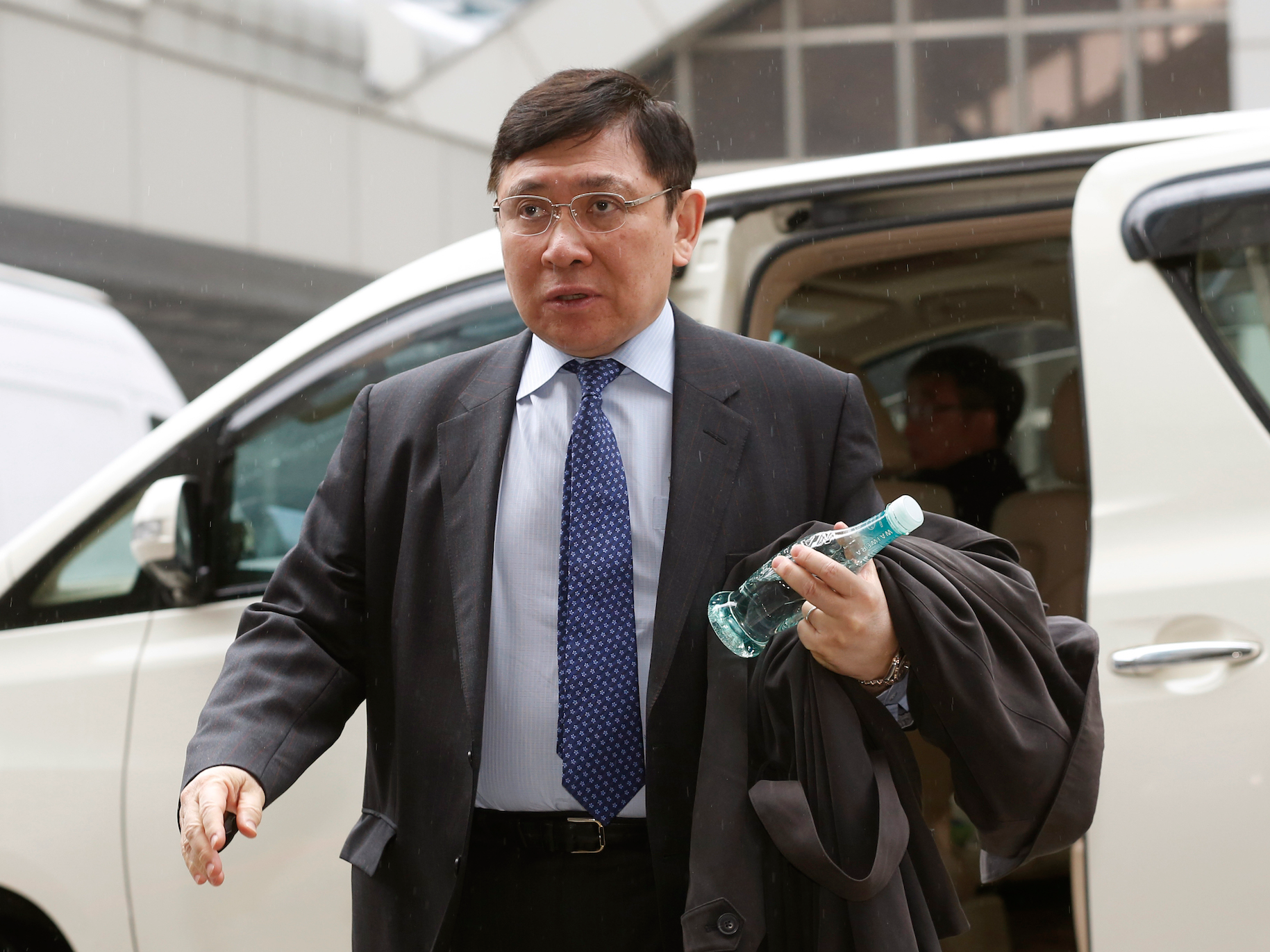 Since being listed in the 1970s by Kwok Tak-seng, Sun Hung Kai Properties has evolved into one of the biggest property developers in Hong Kong. Thomas and Raymond Kwok control the company after ousting their third brother, Walter Kwok, in 2008 following a feud, Business Insider previously reported. The Ferrero fortune dates back to 1940s Italy, when Michele Ferrero created what is now known as Nutella. Nutella’s immense popularity in Italy helped grow the family chocolate shop into a multibillion-dollar business that now also produces Ferrero Rocher, Tic Tac mints, Kinder chocolate, and Butterfinger bars,Forbes reported. Despite the ubiquity of its products, both Ferrero himself and the company have maintained an extremely low profile, to the point where their security measures have been compared to those of NASA. 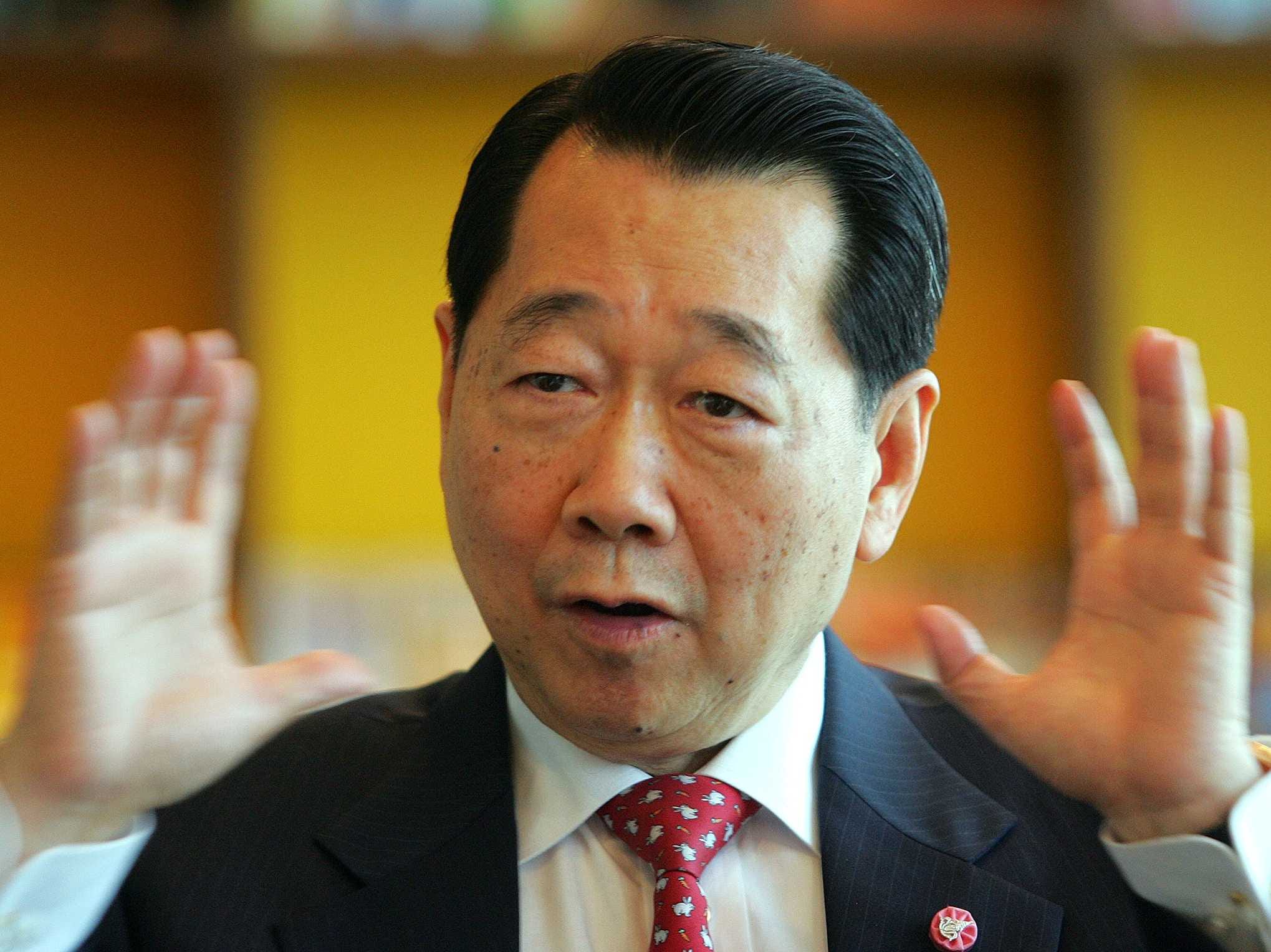 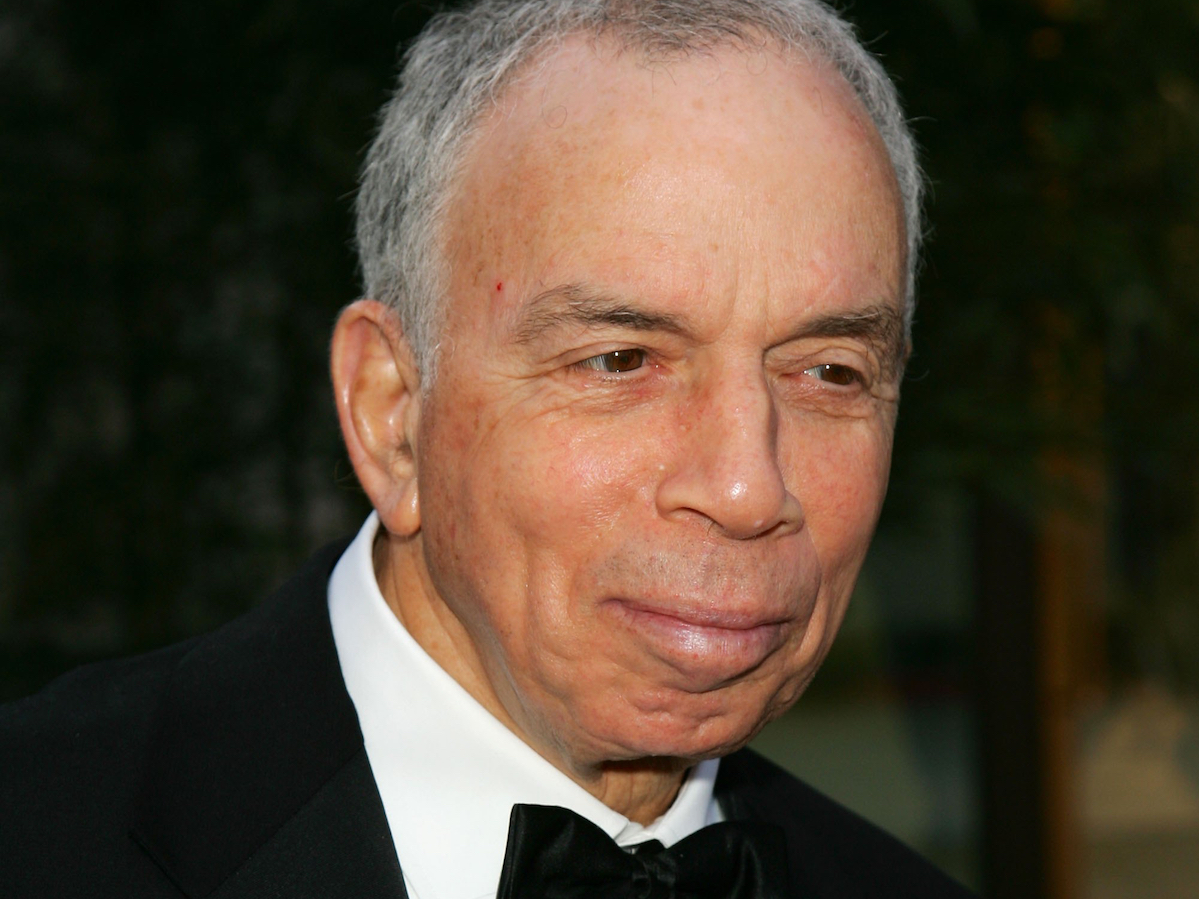 Net worth:
$US31 billion

Family patriarch S.I. Newhouse founded the publishing giant in 1922, per Bloomberg. Newhouse died in 2017, spreading the fortune across three generations of the family.

Advance Publications owns Condé Nast magazines including Vogue and The New Yorker and American City Business Journals, in addition to the majority stake in Reddit, according to its website. The Rausing family’s fortune was made in the packaging industry. Ruben Rausing created Tetra Pak in the 1950s. Today, his descendants control Tetra Laval, one of the world’s biggest packaging companies, which is comprised of Tetra Pak, Sidel, and DeLaval, per Bloomberg. 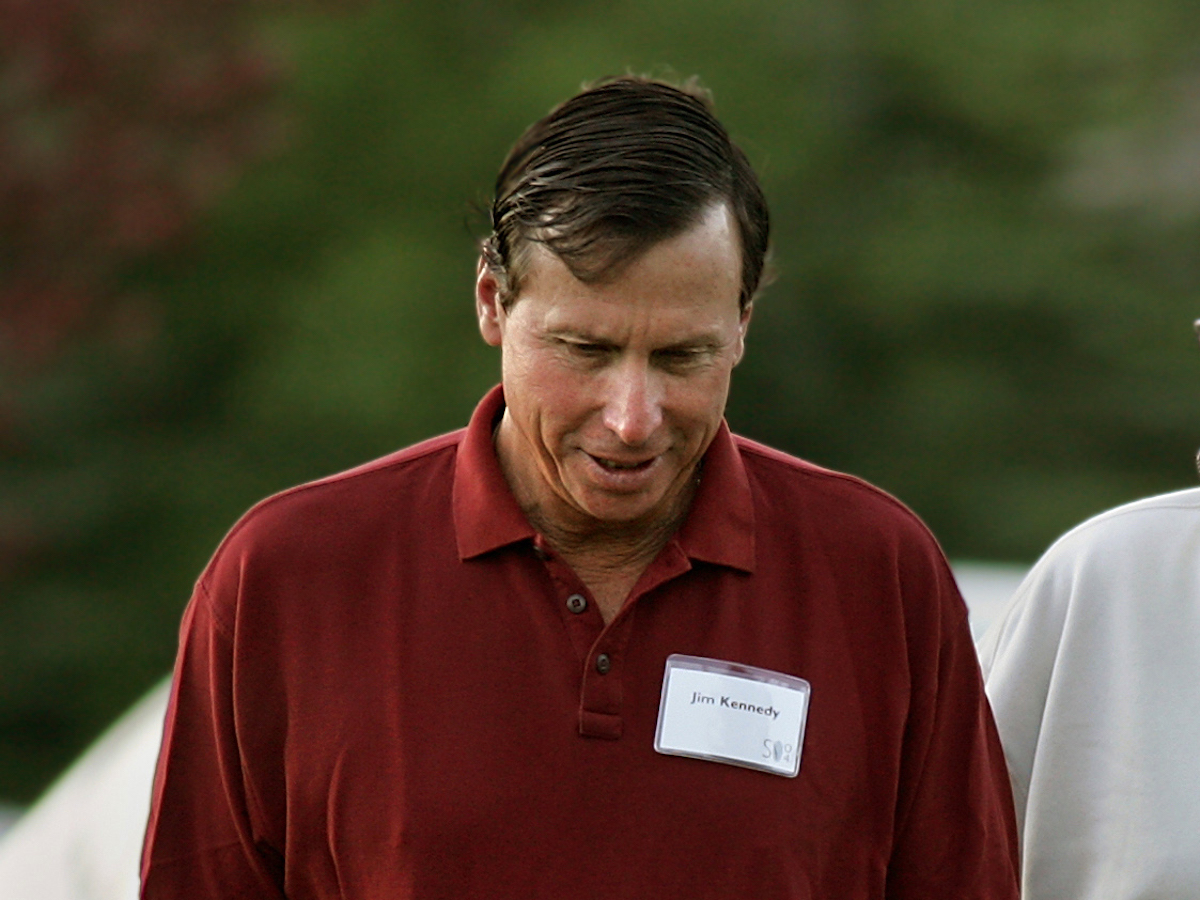 Cox Enterprises has touched a number of industries, including cable and broadband (Cox Communications), newspapers and radio stations (Cox Media Group), and automotive, per Bloomberg. It generates about $US21 billion in revenue. 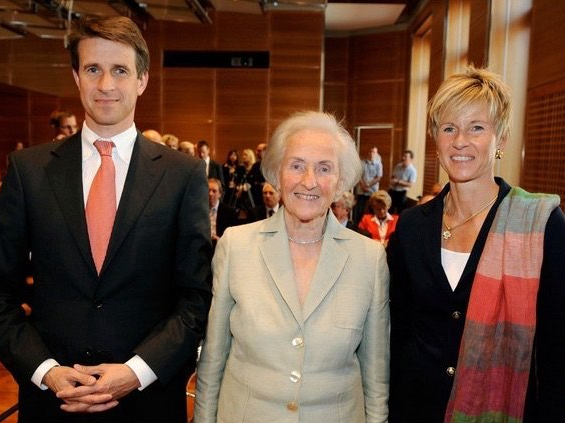 The Quandt family is Germany’s wealthiest family, thanks to their nearly 50% stake in luxury vehicle maker BMW. They also have stakes in Logwin, a German logistics company, and Gemalto, a security software company. 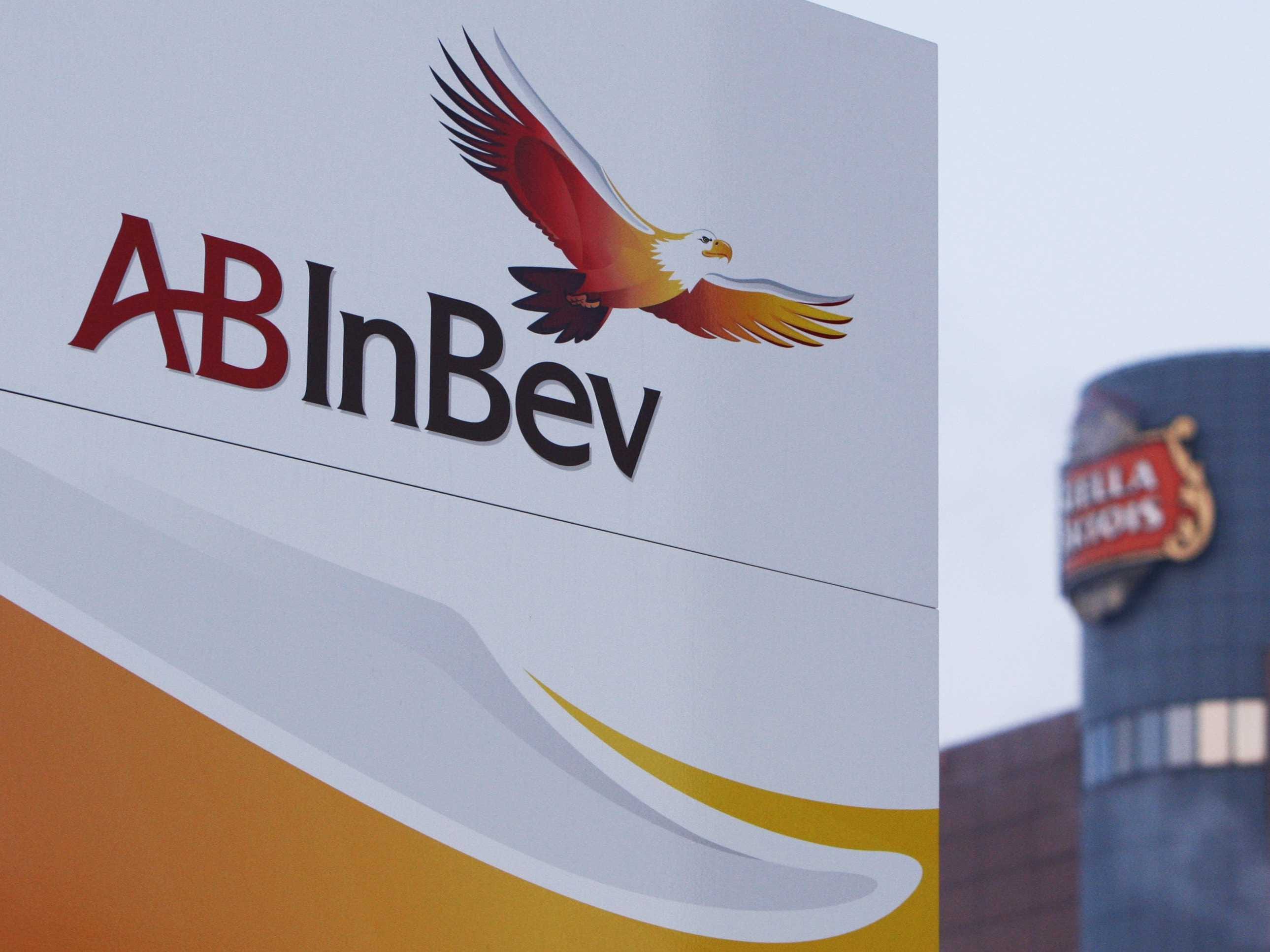 The three Belgian families of Van Damme, de Spoelberch, and de Mevius share claim to more than $US54 billion in wealth from beer company Anheuser-Busch InBev. The combined net worth of the five generations of the families fell more than that of any other family on this ranking -$US16 billion – per Bloomberg. The Johnson family is behind SC Johnson, which produces cleaning products such as Pledge, Glade, and Windex. The company was founded by its namesake in 1882 and was eventually taken over by son Herbert Fisk Johnson. Fifth-generation Herbert Fisk Johnson III acts as the current CEO and chairman of the company. William W. Cargill founded agribusiness giant Cargill Inc. in 1865. Today, 23 members of the Cargill-MacMillan family own 88% of the company, which generated $US115 billion in revenue in the year before May 2020. Of this clan, 14 are billionaires. The family reportedly keeps 80% of Cargill Inc.’s net income inside the company for reinvestment annually. 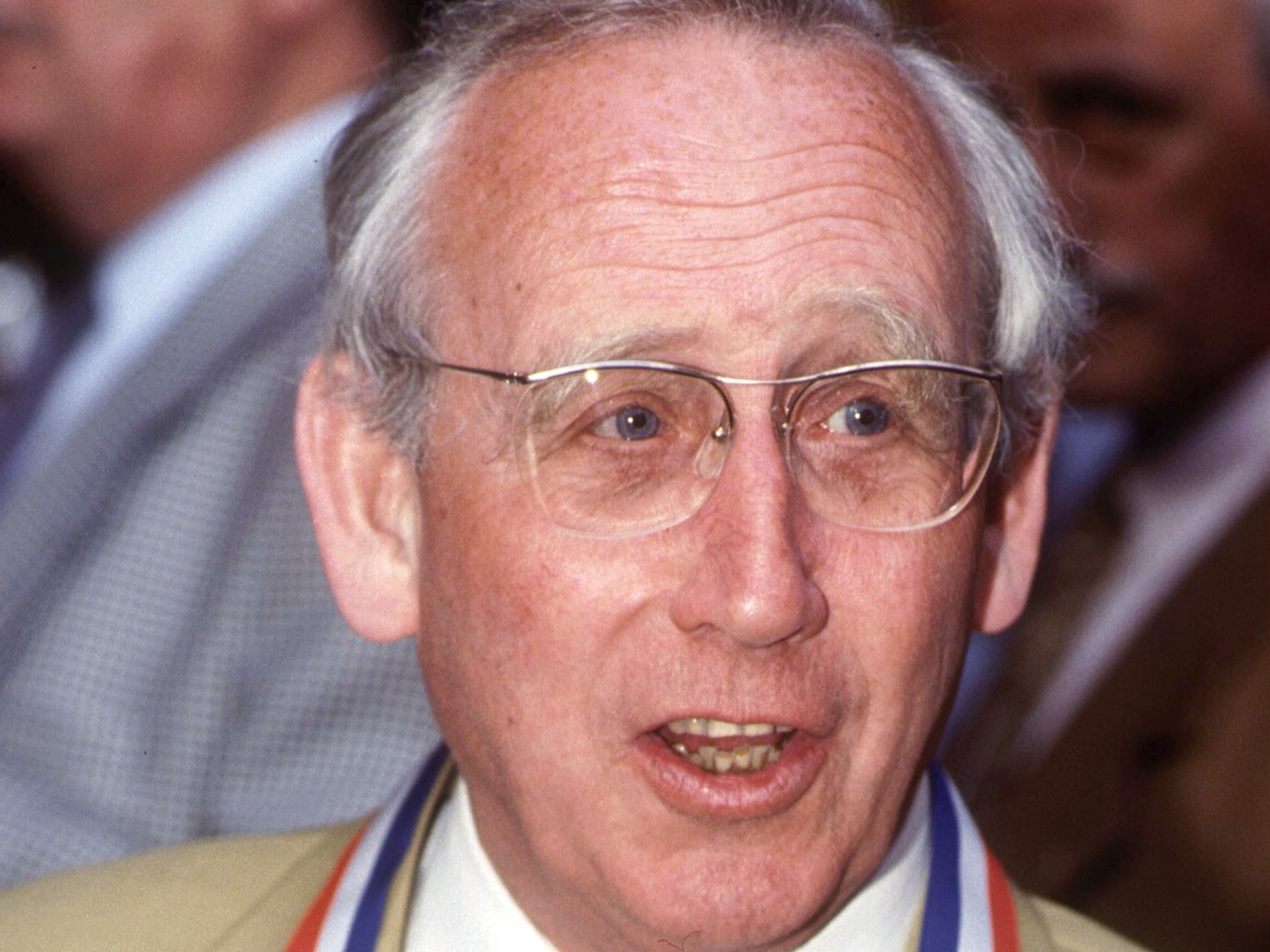 The Mulliez family is behind Auchan, one of the biggest supermarket chains in Europe, per Bloomberg. The chain has also been called the “Walmart of France.” Association Familiale Mulliez, the family holding company, also controls Leroy Merlin, a home improvement chain, and Decathlon, a sports equipment retailer. 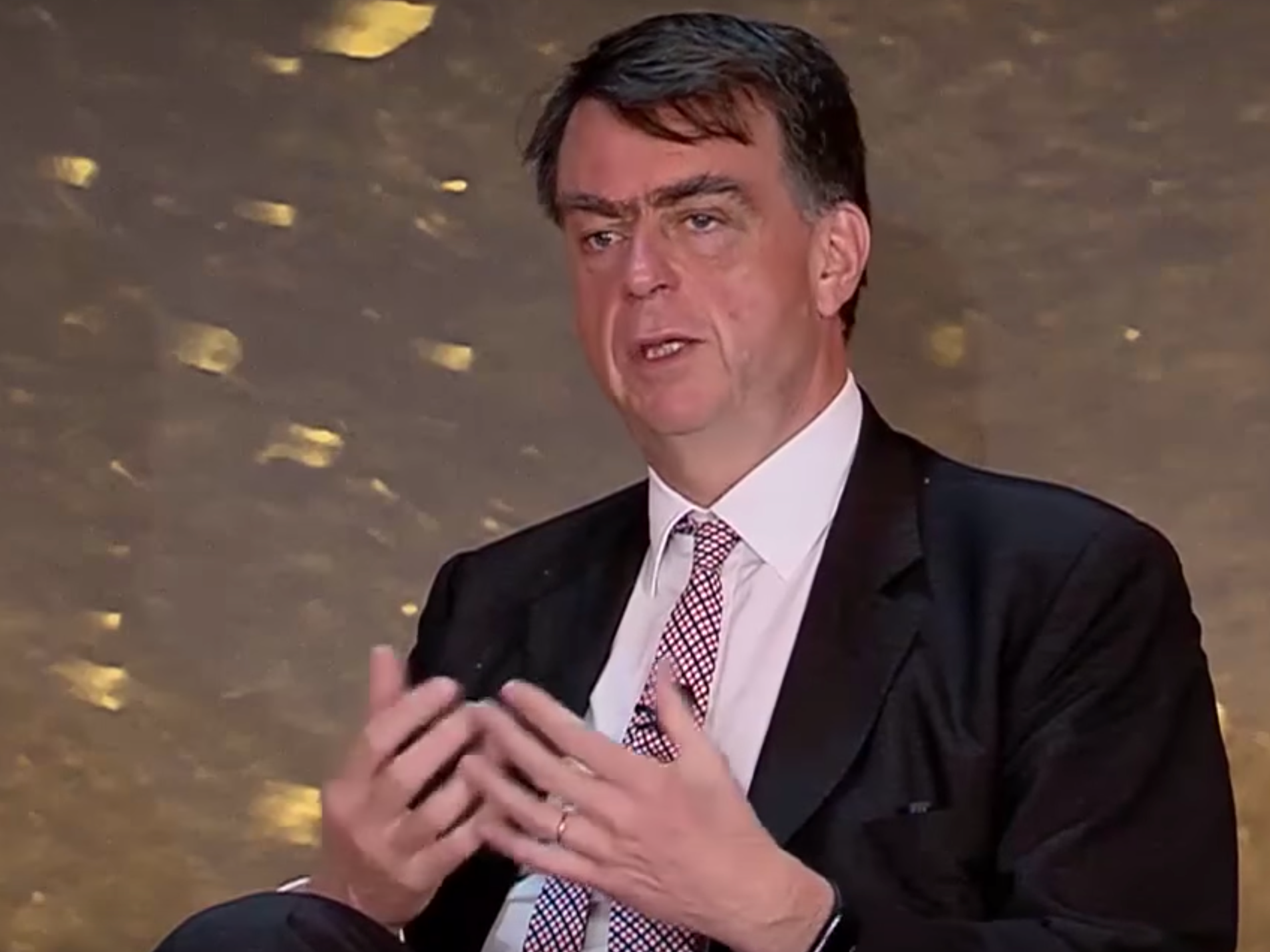 The pharmaceutical company Roche Holding, the source of wealth for the Hoffman-Oeri family, was launched in 1896. In 2019, it generated $US62 billion in revenue. The descendants of founder Fritz Hoffmann-La Roche have a 9% stake in the company. 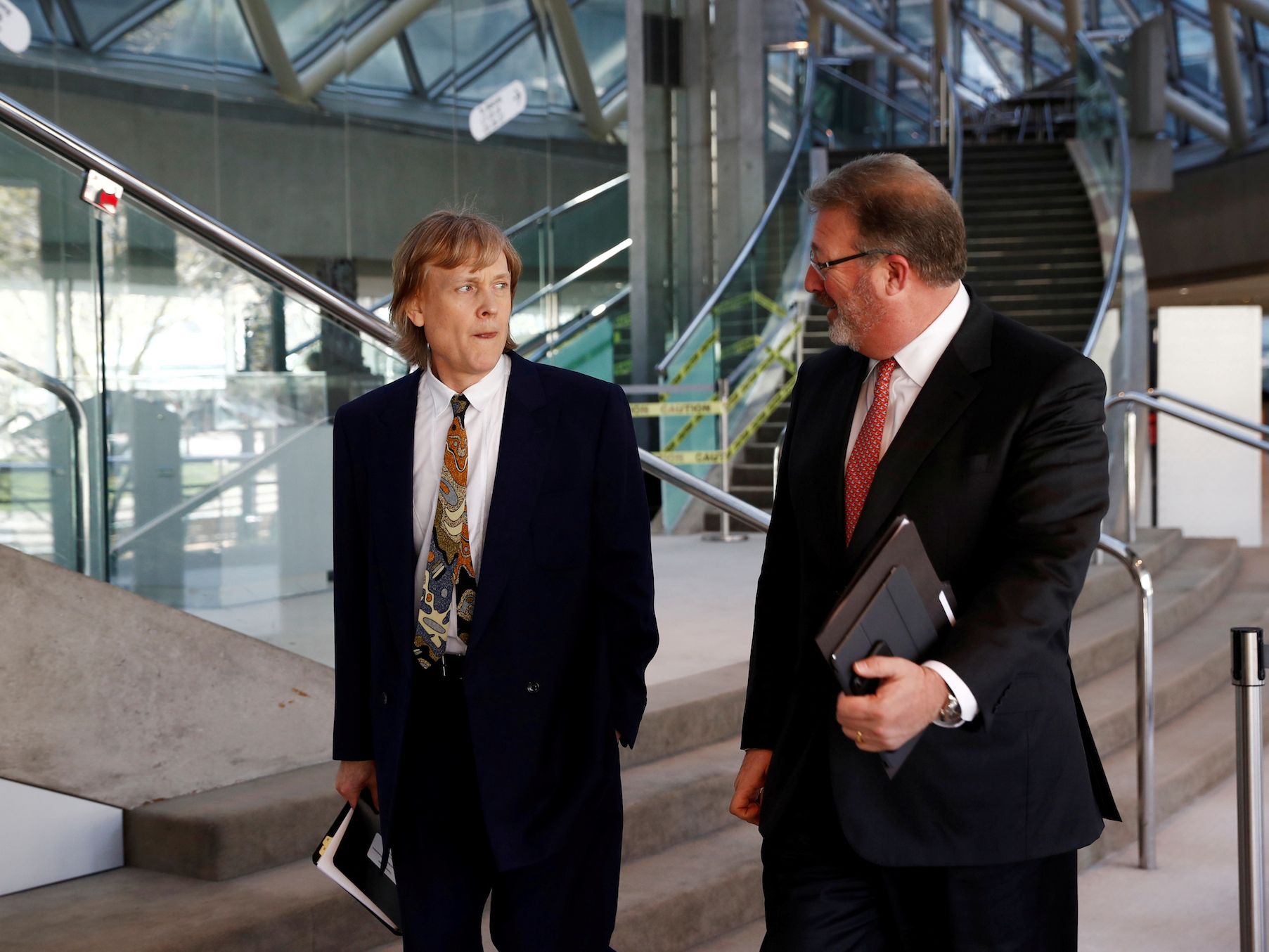 Canada’s richest family derives their wealth from financial data and services provider Thomson Reuters, per Bloomberg. They share a 66% stake in it – not to mention their stake in Bell Canada and the Globe and Mail newspaper in Toronto. 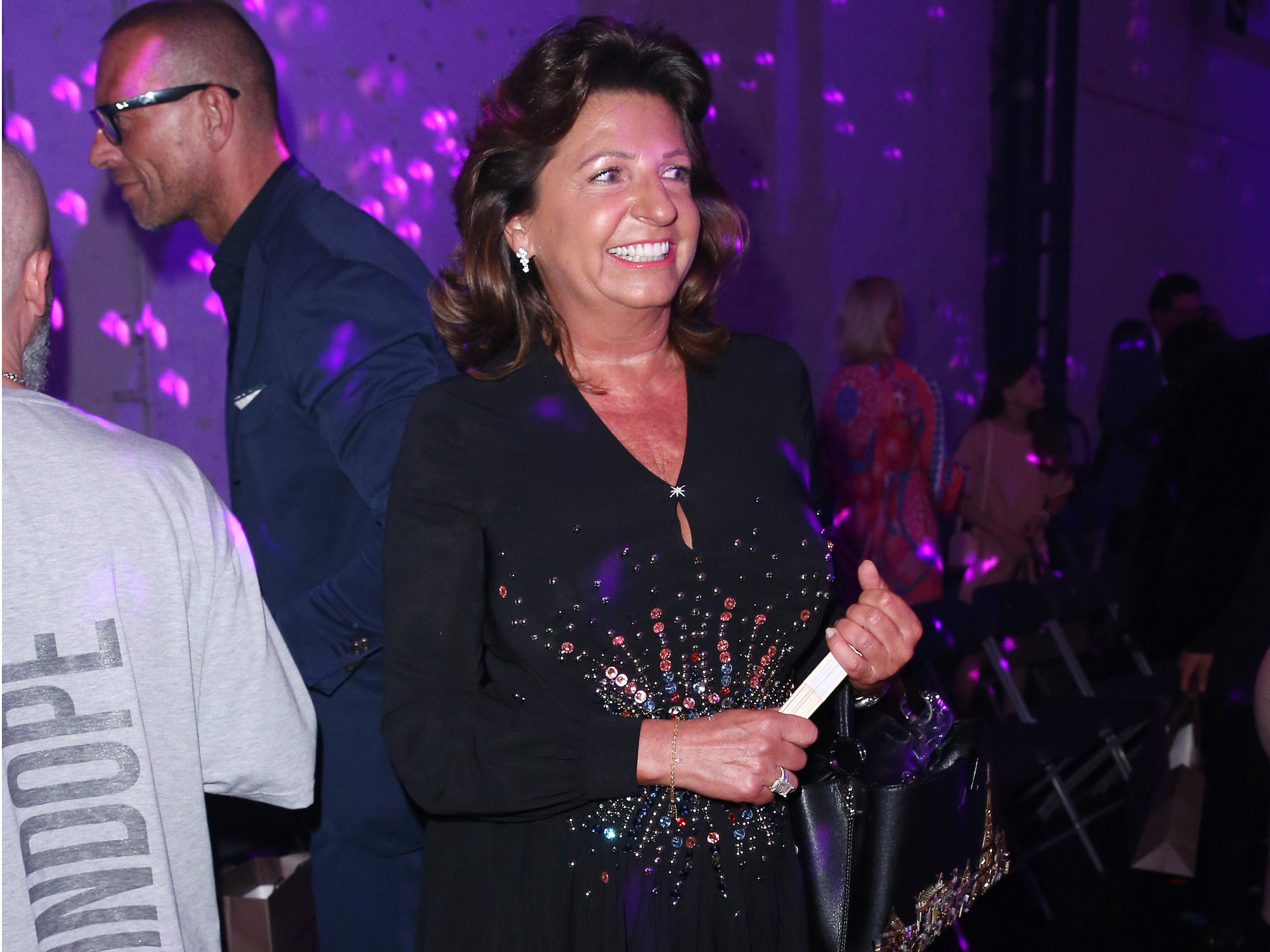 Net worth:
$US41 billion

Brothers Theo and Karl Albrecht created the discount supermarket Aldi, Bloomberg reported. Today, there are more than 10,000 stores between the two branches, Aldi Nord and Aldi Sud. Theo also invested in Trader Joe’s, transforming it into a chain with more than 350 stores. It’s still owned by the Albrecht family trust.

9. The Boehringer and von Baumbach families 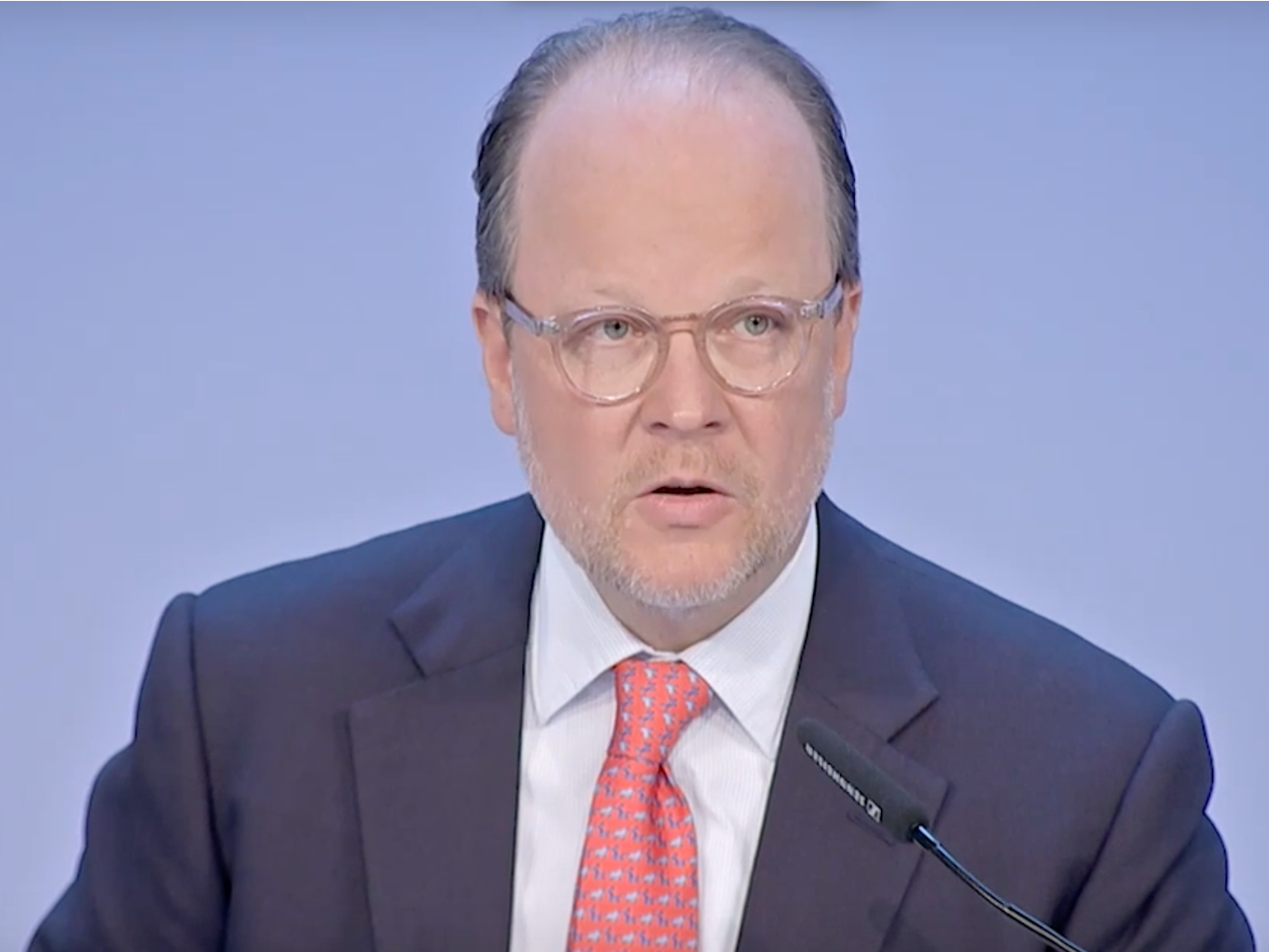 The Boehringer and von Baumbach families control German pharmaceutical company Boehringer Ingelheim, which has been around for more than 130 years, per Bloomberg. The grandfather of Fidelity investments CEO Abigail Johnson founded the privately held investment giant in 1946, per Bloomberg. The Boston-based billionaire shares her fortune with three generations of her family. They own vineyards in France and Napa Valley and breed and race thoroughbreds, Business Insider previously reported. Luxury goods dynasty Hermès is the basis for the Dumas family fortune. Its origins trace back to the 1800s when Thierry Hermes began making riding gear for noblemen, Bloomberg reported.

Fast forward to the 1970s, and descendant Jean-Louis Dumas took the company global. Today, Pierre-Alexis Dumas is the artistic director and Axel Dumas is the company chairman, according to the Hermès Group’s website. The Ambani family’s wealth lies in Reliance Industries, a conglomerate in India that owns the biggest oil refining complex in the world, Business Insider previously reported. It owns businesses all throughout India, including companies in the retail and telecommunications sectors. 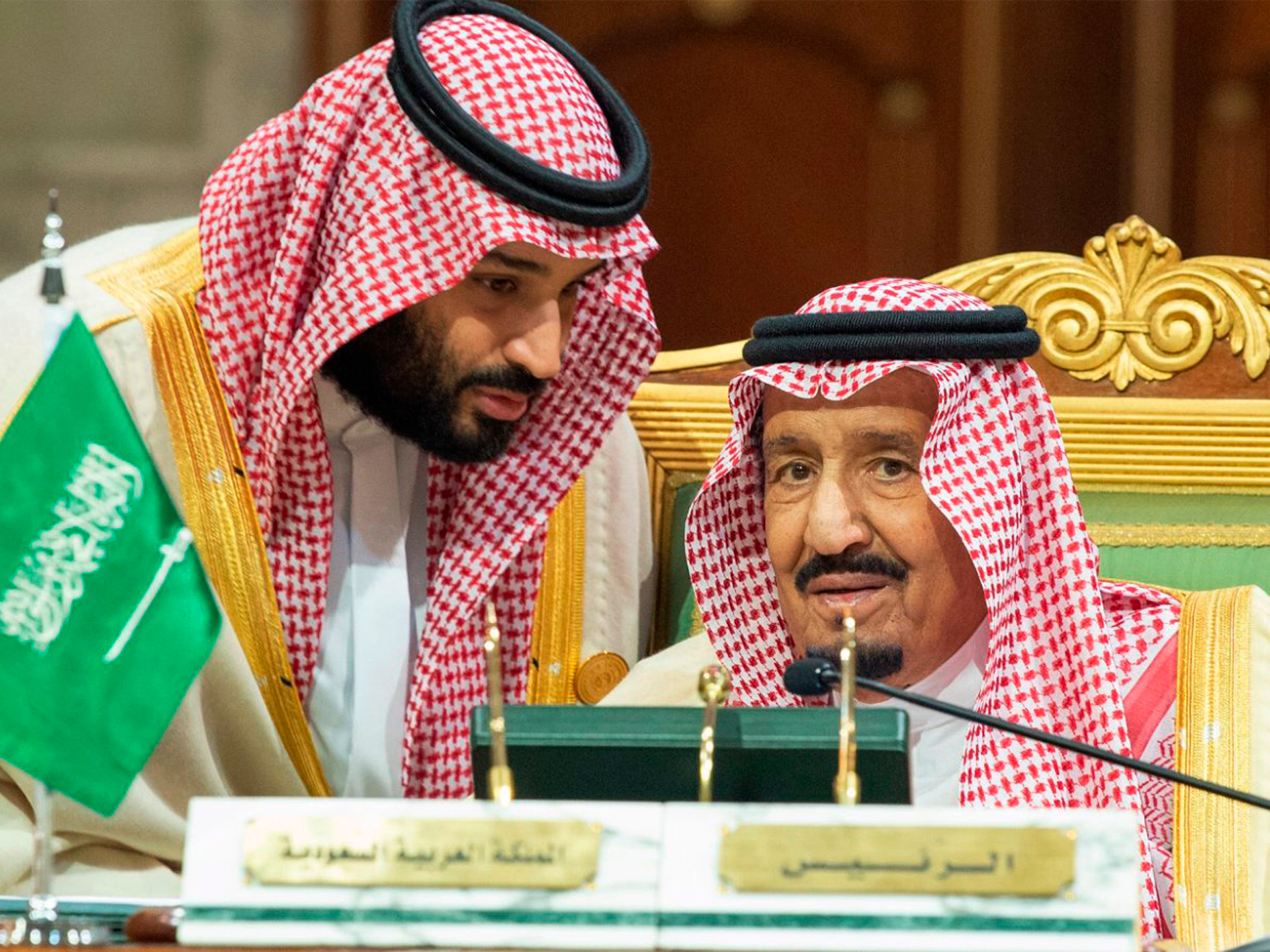 Net Worth: $US95 billion

The immense wealth of Saudi Arabia’s royal family comes from a combination of proceeds from Saudi Arabia’s oil industry (which the executive office of the King doles out to various family members) and the royals’ personal earnings from negotiating government contracts and other investments, according to Bloomberg.

Crown Prince Mohammed bin Salman alone has assets estimated to be worth more than $US1 billion, and has been known to drop millions on mansions and yachts. 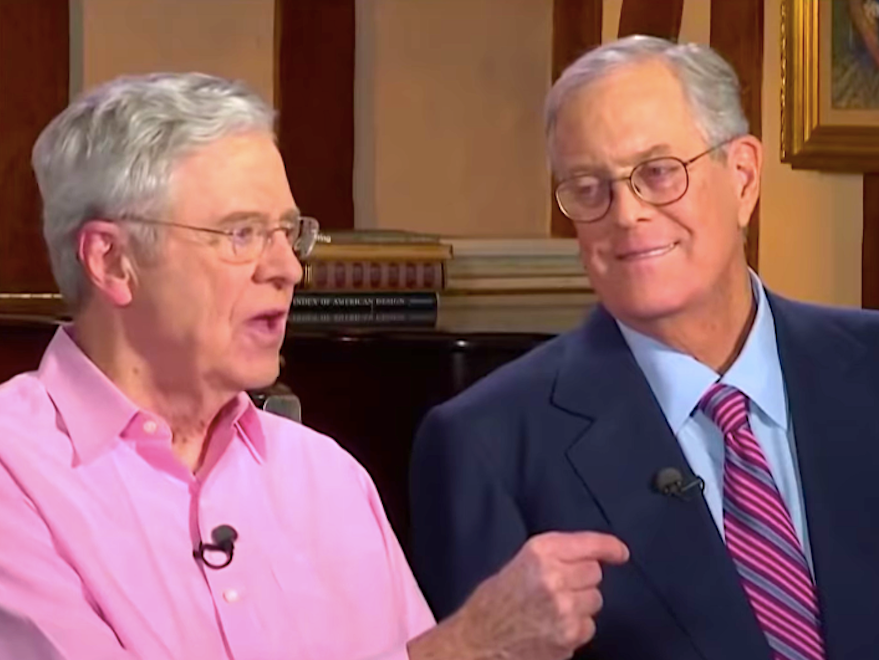 David Koch passed away in August 2019, leaving his $US53 billion fortune to his wife Julia Flesher Koch, Business Insider reported at the time. She is now the fourth-richest woman in the world after L’Oreal heiress Francoise Bettencourt Meyers, MacKenzie (Bezos) Scott, and Walmart heiress Alice Walton. 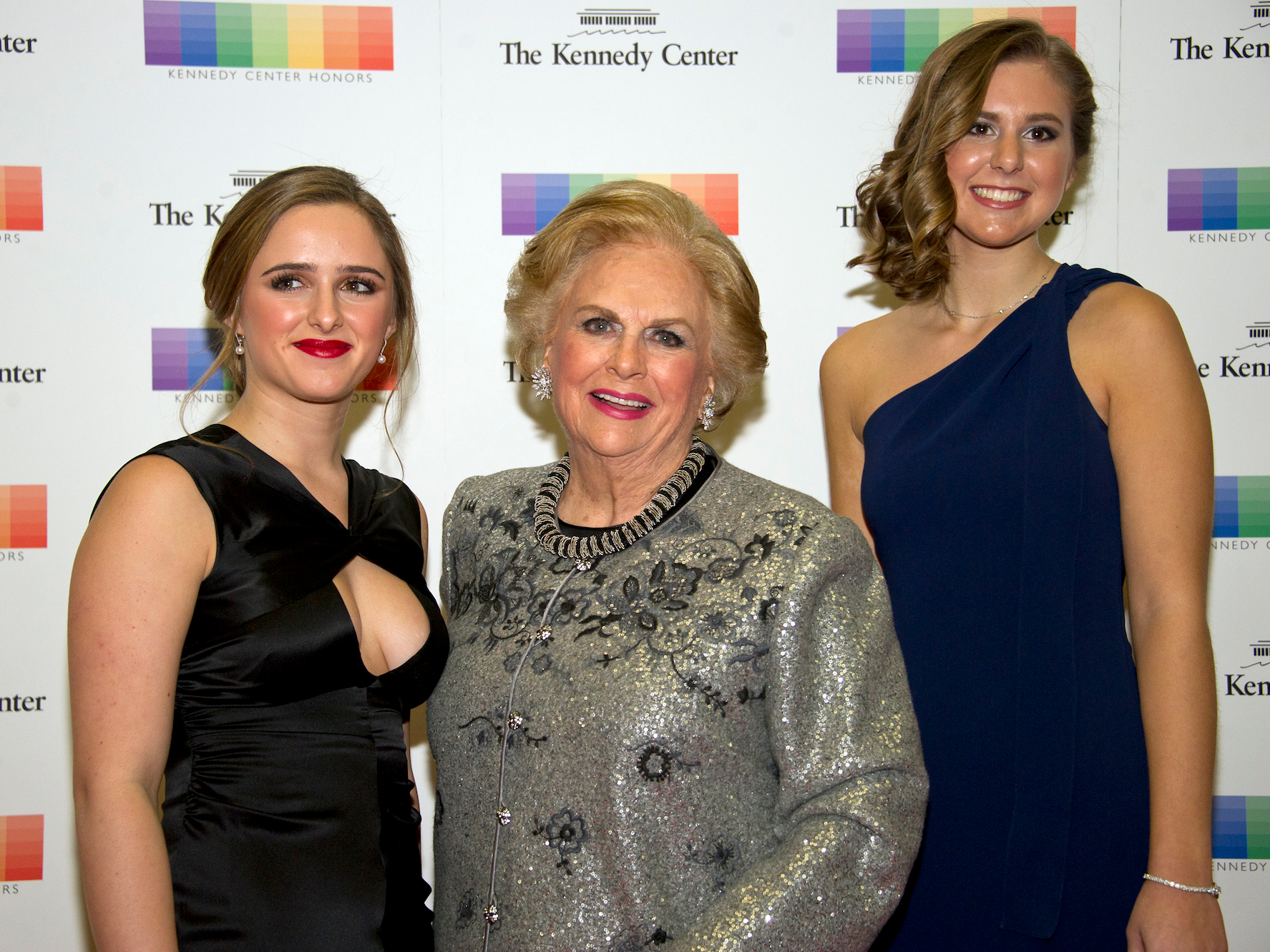 Pool/Getty ImagesJacqueline Mars and her granddaughters.

Jacqueline and John Mars inherited a stake in the candy empire Mars Inc., which invented M&Ms, Milky Way, and Mars Bars, when their father passed away in 1999. Jacquelyn’s son, Stephen Badger, was formerly chairman and is currently on the board of directors of the privately-held Mars Inc., which brings in more than $US38 billion in annual revenue, according to Bloomberg.

Sam and Bud Walton founded Walmart in 1962 in Rogers, Arkansas,Business Insider previously reported. Following its success, they founded Sam’s Club in 1983. Walmart reported sales of $US514.4 billion in 2018, making it the largest retailer by revenue in the world.

The Walton family fortune is dispersed among three generations of family members, including cofounder Sam Walton’s three children, Rob, Jim, and Alice; who is one of the richest women in the world with a $US56.8 billion fortune.