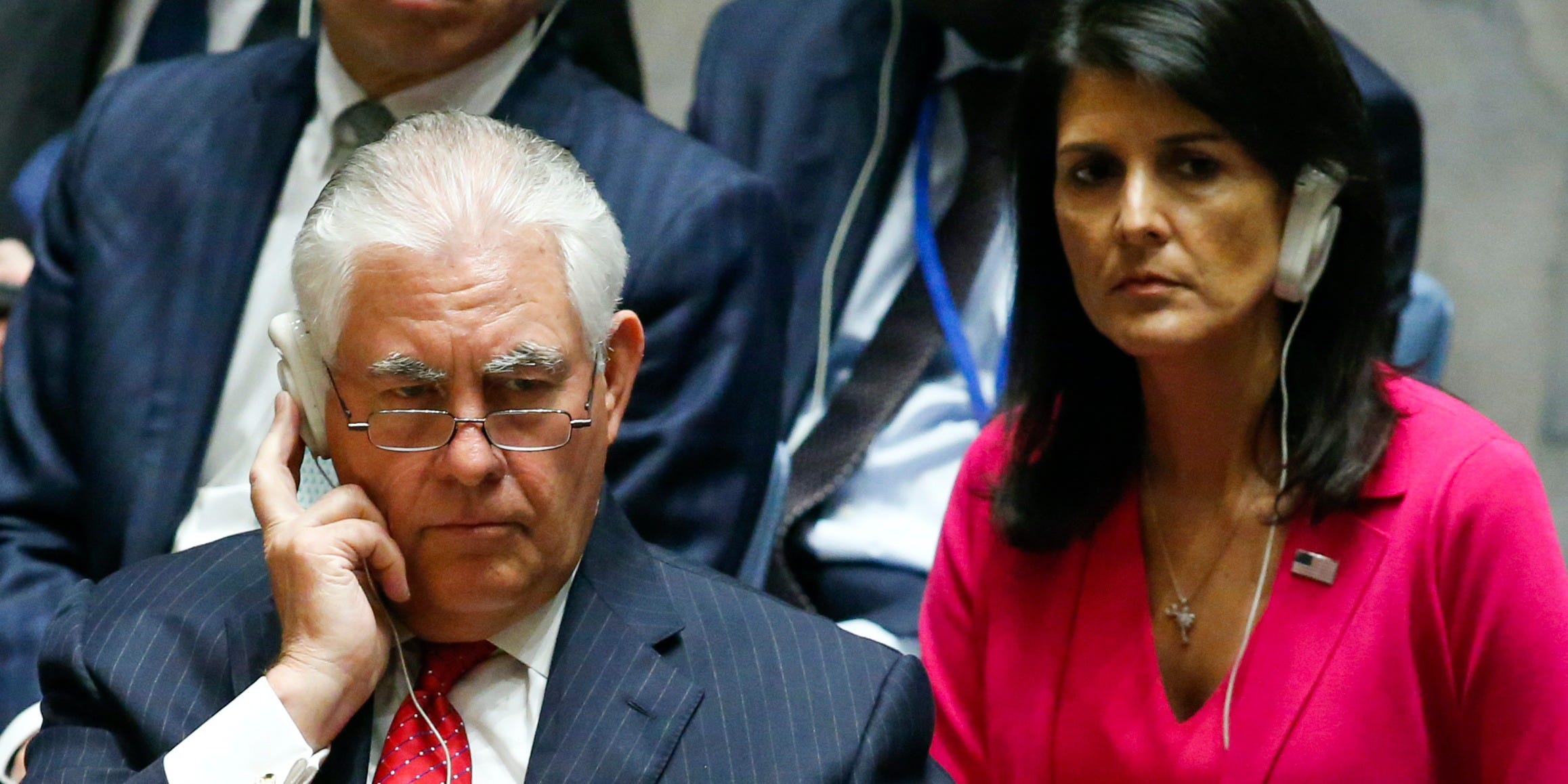 In his new book, the John Bolton writes about President Donald Trump relaying an intense exchange between Rex Tillerson and Nikki Haley that turned vulgar.

Bolton notes he was not in the room during the exchange, quoting Trump’s telling of events during a conversation the former national security adviser had with the president in the Oval Office while waiting for a call with French President Emmanuel Macron.

“You’re nothing but a c—, and don’t ever forget it,” then-Secretary of State Tillerson told Haley, who served as the US Ambassador to the United Nations, during a dinner with Trump, according to the president’s recounting to Bolton.

The passage in Bolton’s book “The Room Where it Happened” comes in the buildup to the April 2017 missile attack on Syria.

“In most Administrations, that would have gotten Tillerson fired, so I wondered if he ever actually said it,” Bolton writes. “And if he hadn’t, why did Trump tell me he had?”

In Trump’s telling of the dinner, Bolton writes that Haley had “some disagreement with Tillerson, who responded, ‘Don’t ever talk to me that way again.'”

“Before Haley could say anything, Tillerson said, ‘You’re nothing but a c—, and don’t ever forget it,'” Bolton wrote.

The former national security adviser’s book is set to be released on June 23. But multiple media outlets, including Business Insider, have already obtained copies of the book and published excerpts from it over the last several days.

The Trump administration sued Bolton last week to block him from releasing his book, alleging that he breached his contract and that the book contains classified information pertaining to national security.

Over the weekend, US District Judge Royce Lamberth struck down the administration’s effort to stop the book’s release, writing in his ruling that “the horse is already out of the barn.”

“While Bolton’s unilateral conduct raises grave national security concerns, the government has not established that an injunction is an appropriate remedy,” Lamberth wrote.

But he added that the Justice Department’s argument that it should get all the proceeds from Bolton’s book because he violated his nondisclosure agreements does have merit.

Bolton’s “unilateral fast-tracking carried the benefit of publicity and sales, and the cost of substantial risk exposure,” Lamberth wrote. “This was Bolton’s bet: If he is right and the book does not contain classified information, he keeps the upside mentioned above; but if he is wrong, he stands to lose his profits from the book deal, exposes himself to criminal liability, and imperils national security. Bolton was wrong.”

Here are some of the most shocking claims the former national security adviser made in his book: