Michael Jordan is known as the greatest basketball player of all time. He’s also a bit of a real-estate collector, a Nike collaborator, and as of 2019, a cofounder of the liquor company Cincoro Tequila.

According to a Forbes interview, Jordan and his four cofounders, Jeanie Buss, Wes Edens, Wyc Grousbeck, and Emilia Fazzalari, wanted a better option for sipping tequila than what was already on the shelves. A representative for the company told Insider that they wanted “something delicious with a smooth, long finish like a fine cognac or whiskey.”

So they created their own brand and named it Cincoro, which is a combination of the Spanish words for “five” (cinco) and “gold” (oro).

On October 13, the company launched a limited edition 1.75-litre bottle of its aÃ±ejo variety, a type of tequila aged in barrels for between one and three years developing caramelised characteristics from the wood. Each bottle in this collection dubbed The Number Series is engraved with a unique number and the year.

Similar to the way Air Jordan sneakers operate in drop culture (customers have been known to wait in lines for hours to be able to purchase the newest sneaker), the liquor company dropped a waitlist for the massive engraved bottle on its website. The waitlist has already been filled and a company representative confirmed to Insider that there are thousands of people hoping to get their hands on a bottle.

The company confirmed bottles will be shipped on November 23 but would not confirm the exact number of people on the list.

The leaf-shaped bottle of tequila is massive 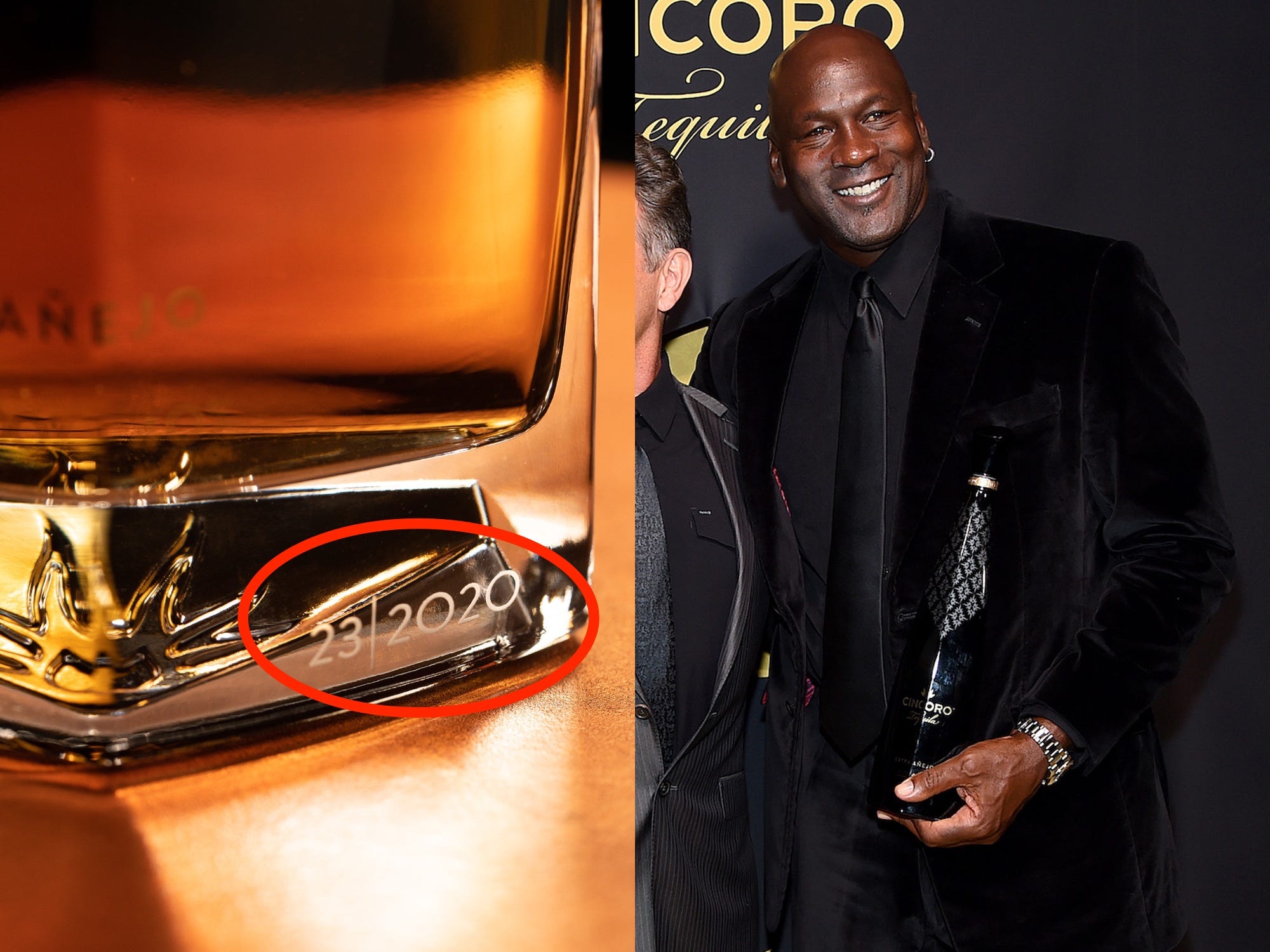 The original size aÃ±ejo bottle holds 750 milliliters and sells for $US130 before tax and shipping. When I saw the price tag on this bottle, I wondered if the drink could possibly be worth all that cash.

I live in New York City, so I was able to order a bottle directly from the company website through its local delivery service. (The site lists all cities eligible for shipping and local delivery.)

When it came to the door, my first impression was, “Woah, this tequila is definitely flashy.” It may not look so big in six-and-a-half-feet tall Jordan’s hands (pictured above), but the agave leaf-shaped bottle is longer than my torso! 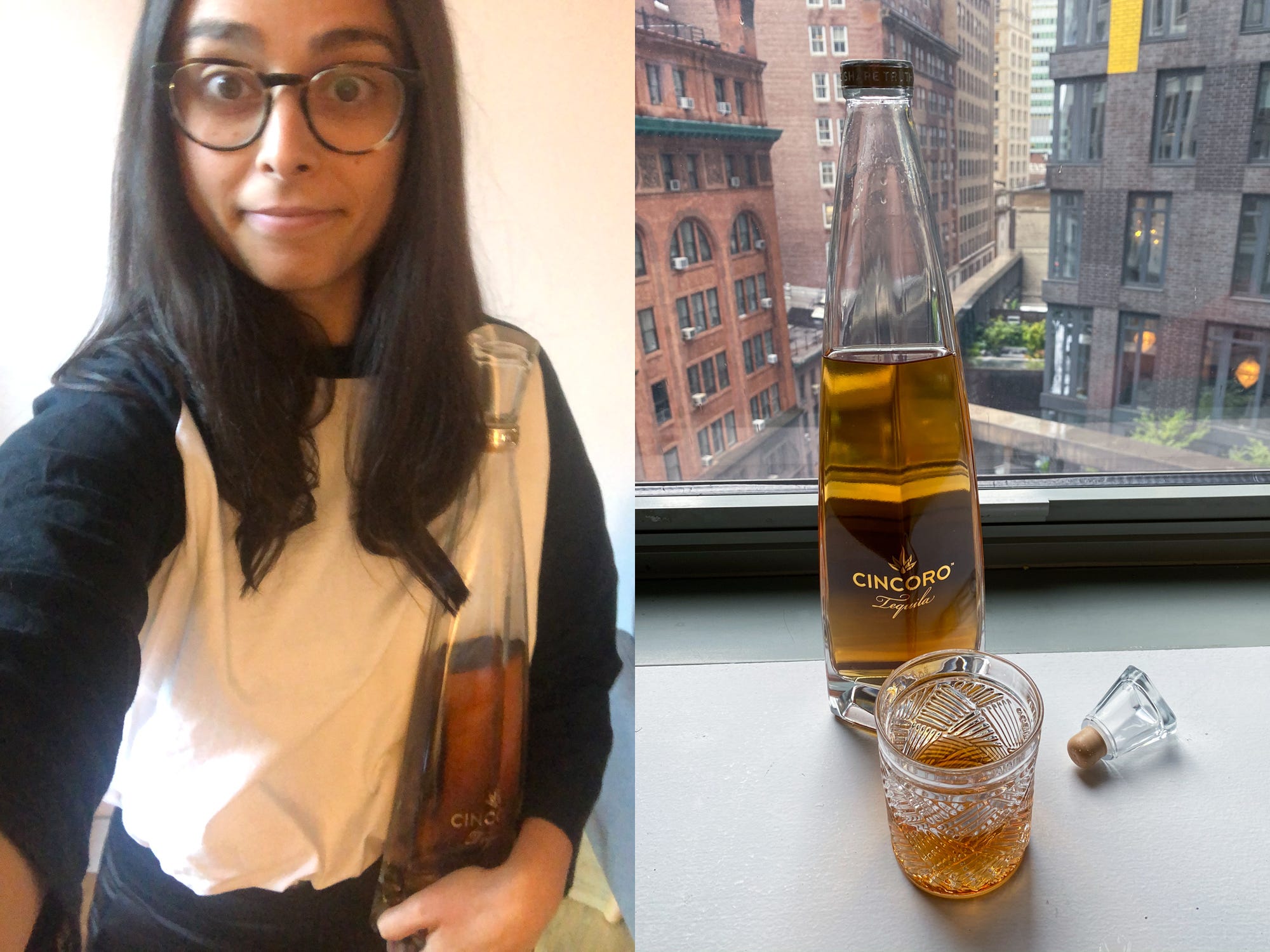 According to a company representative, all Cincoro Tequila varieties can be consumed neat, on ice, or mixed in cocktails like a margarita, old fashioned, or paloma.

Tania Oseguera, a Master Tequilier at Tequila Cazadores, told Brit + Co. that sweet tequila, like aÃ±ejo and reposado, is great for making margaritas. I didn’t have all the proper ingredients for the cocktail on hand, so I tried the liquor straight up instead.

First, I tasted it neat (without ice). Just as the beautiful, deep toffee colour suggests, this tequila is a sweet one. I was able to taste hints of vanilla and caramel with each sip.

I also noticed how smooth in texture it was. There was no film or dryness left on my tongue or palate after I sipped. Though I thought it went down smoothly, it was still harsh on the throat and lips, in my opinion â€” a friend who also tasted it agreed. I was left with that familiar burning sensation on my lips that I get from a whiskey that’s considered to be very good.

Adding a single ice cube â€” which is typically how I drink a sipping tequila â€” noticeably cut that harshness. It didn’t cut through the sweet flavour, though.

While sweet tequila isn’t my personal preference, it was pretty spot-on for an aÃ±ejo, according to a description of tequila varieties by Thrillist. My scrunched-up face was a great reminder to myself to stick with reposado or blanco varieties, which have a more citrus and agave-forward flavour. 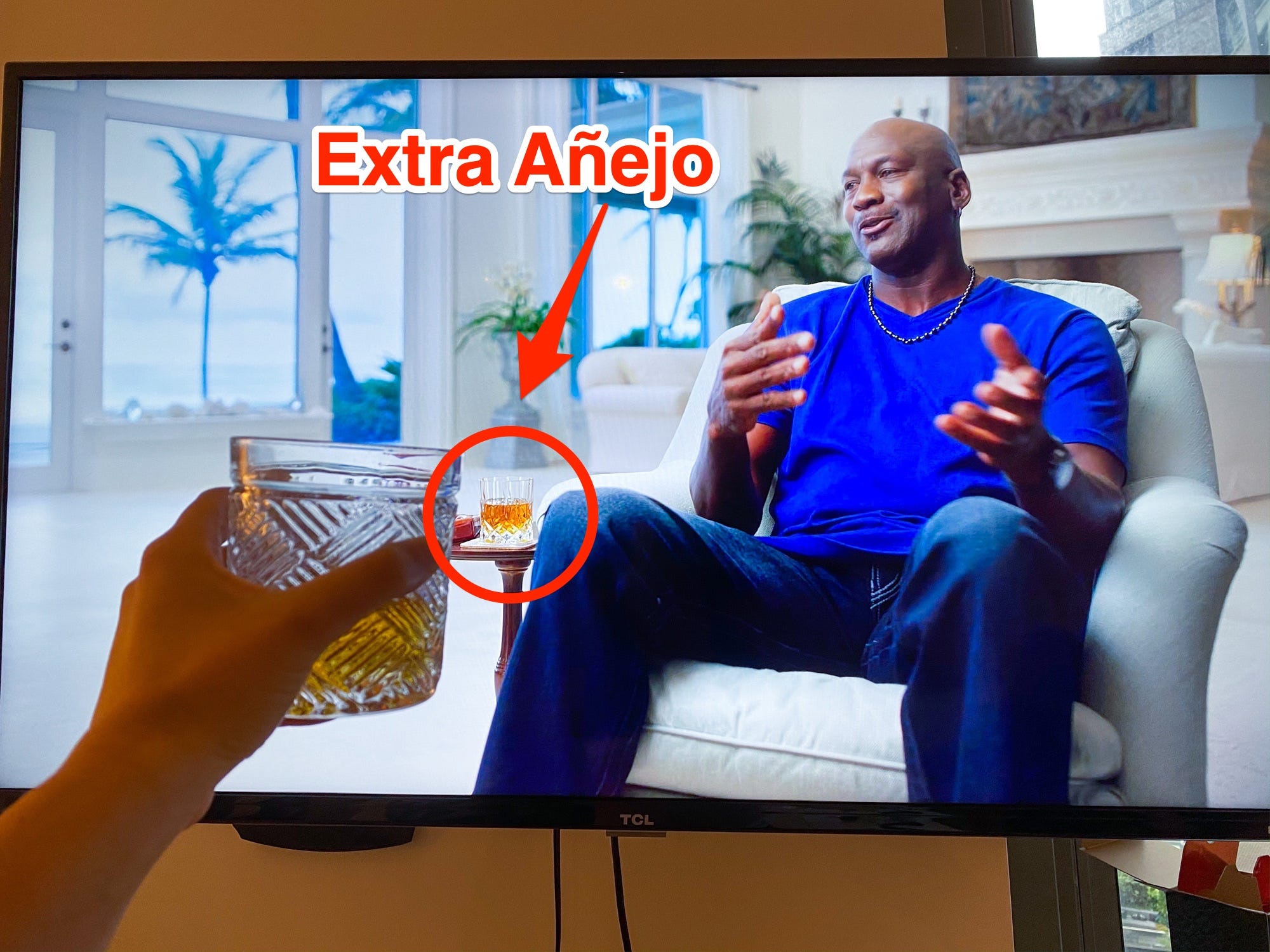 Jordan was seen with a glass of dark liquid during the interview scenes of the 2020 ESPN Films and Netflix series “The Last Dance.” A representative for Cincoro confirmed to Insider that the retired basketball legend was sipping on Cincoro Extra AÃ±ejo, which costs $US1,800 for a 750-milliliter bottle.

The difference between the more expensive version Jordan drank and the classic aÃ±ejo I had is that the former is aged in ex-bourbon barrels for 40 to 44 months while the latter is aged in the barrels for 24 to 28 months.

Though friends and I agreed that Cincoro AÃ±ejo is not a tequila we could be drinking all night, we do think that an aÃ±ejo fan would find it impressive to sip on at the end of a long day.

As for me, I’ll just stick to re-watching “The Last Dance” with a less expensive (and less sweet) glass of tequila in hand.