I visited a McDonald's in Saudi Arabia to see how it compared to the US and UK, and can say the McArabia and Chicken Mac are a force to be reckoned with I visited a McDonald’s restaurant in central Riyadh in January 2020 while visiting Saudi Arabia.

I was intrigued to see how it’s menu different from those in the UK and the US, especially as pork in any form isn’t permitted in the country, as it’s the home of Islam.

McDonald’s is extremely popular in Saudi Arabia. There are 163 outlets, the first of which opened in 1993, and there’s one in most malls you visit.

Here’s what it was like, and what interesting menu options haven’t yet made it to the UK or US.

While on a work trip to Saudi Arabia in January 2020, I dashed into a McDonald’s in a mall in Riyadh for some lunch. I’ve eaten in McDonald’s in the UK, where I live and work, and the US, and I wondered how the menu would differ in Saudi Arabia. 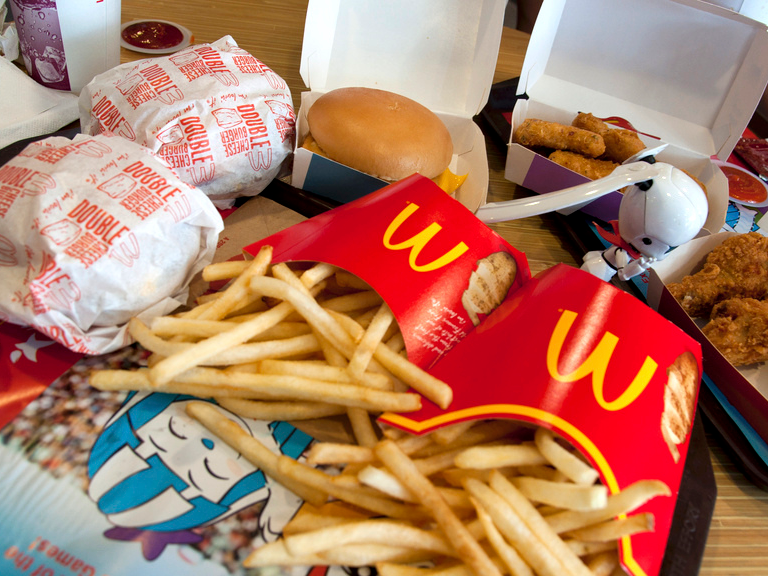 Also, back in 2017 McDonald’s Saudi Arabia released an advert pledging allegiance to Crown Prince Mohammed bin Salman as he was set to become the country’s new ruler, and I wanted to see if there were any MBS-themed menu items. 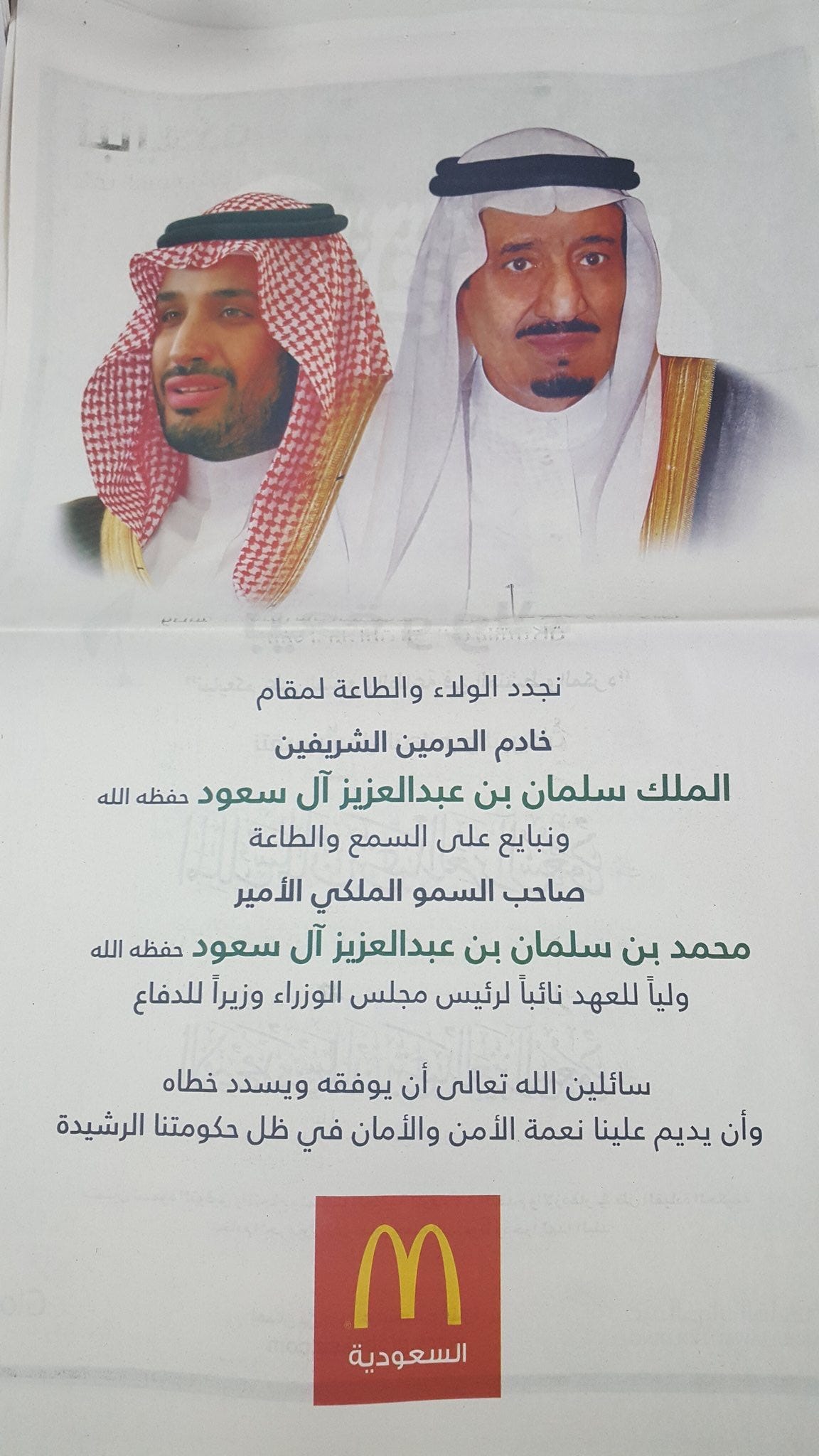 “We renew our allegiance and obedience for his royal highness, the servant of the two holy mosques, King Salman the son of Abdul Aziz Al Saud. We support Amir Mohammed bin Salman, his son, to become Minister of Defence and Prime Minister and to be nominated as successor,” McDonald’s said.

I popped into a McDonald’s outlet in the Riyadh Gallery Mall. Kind of like an old timey shoe store, or doctor’s surgery, when you order you’re given a number and it pops up on the board when ready.

McDonald’s outlets in Saudi Arabia have separate queues. One for single men and one for woman and families. 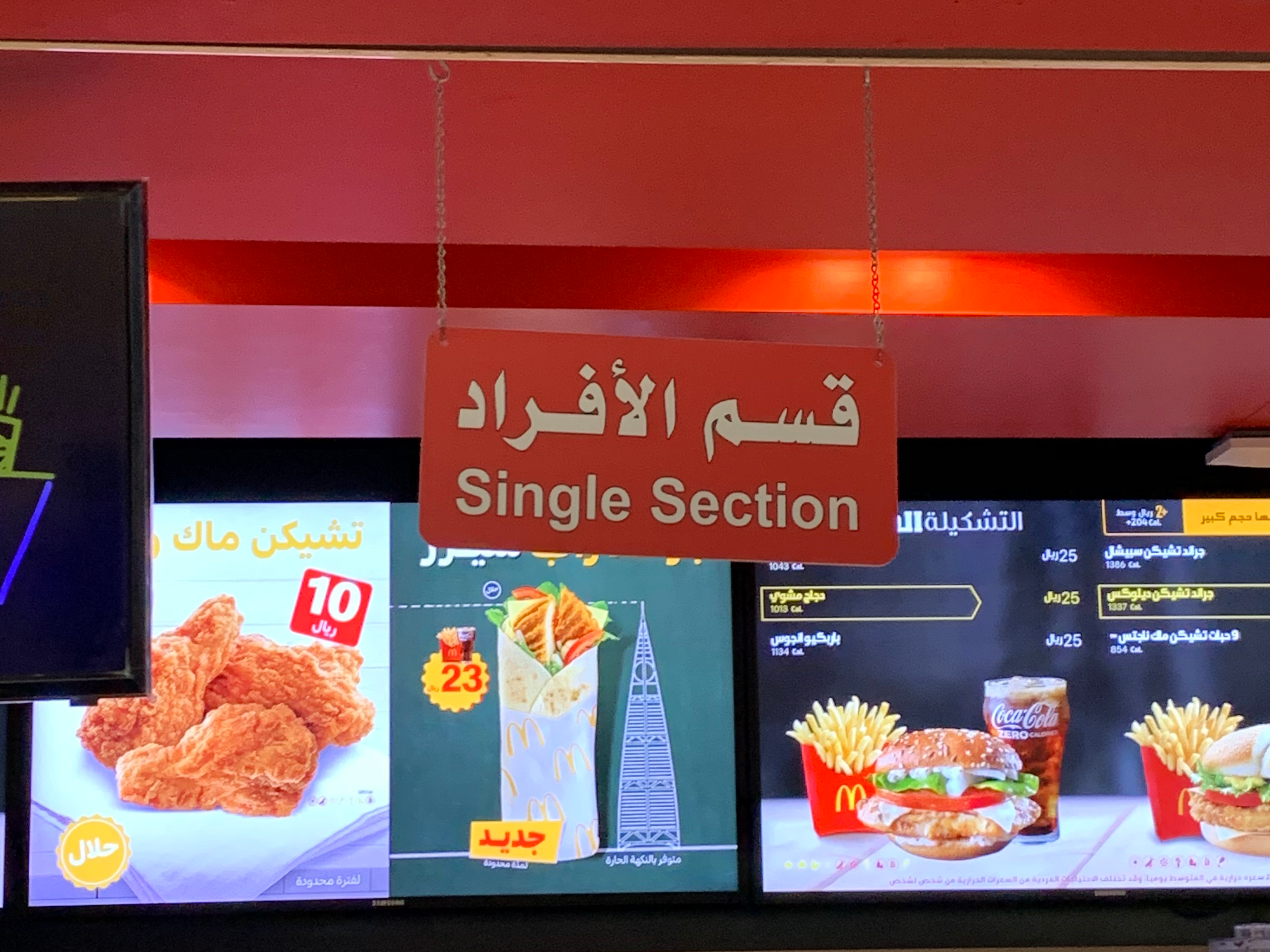 The law has recently been eased so it’s now not compulsory to have different entrances for single male and female diners, but many restaurants still do.

The illuminated boards appeared to show all the usual classics; McNuggets, wraps, fries, the usual soft drinks, and meal combos. But I went to the machines to have a proper look. More on that later … 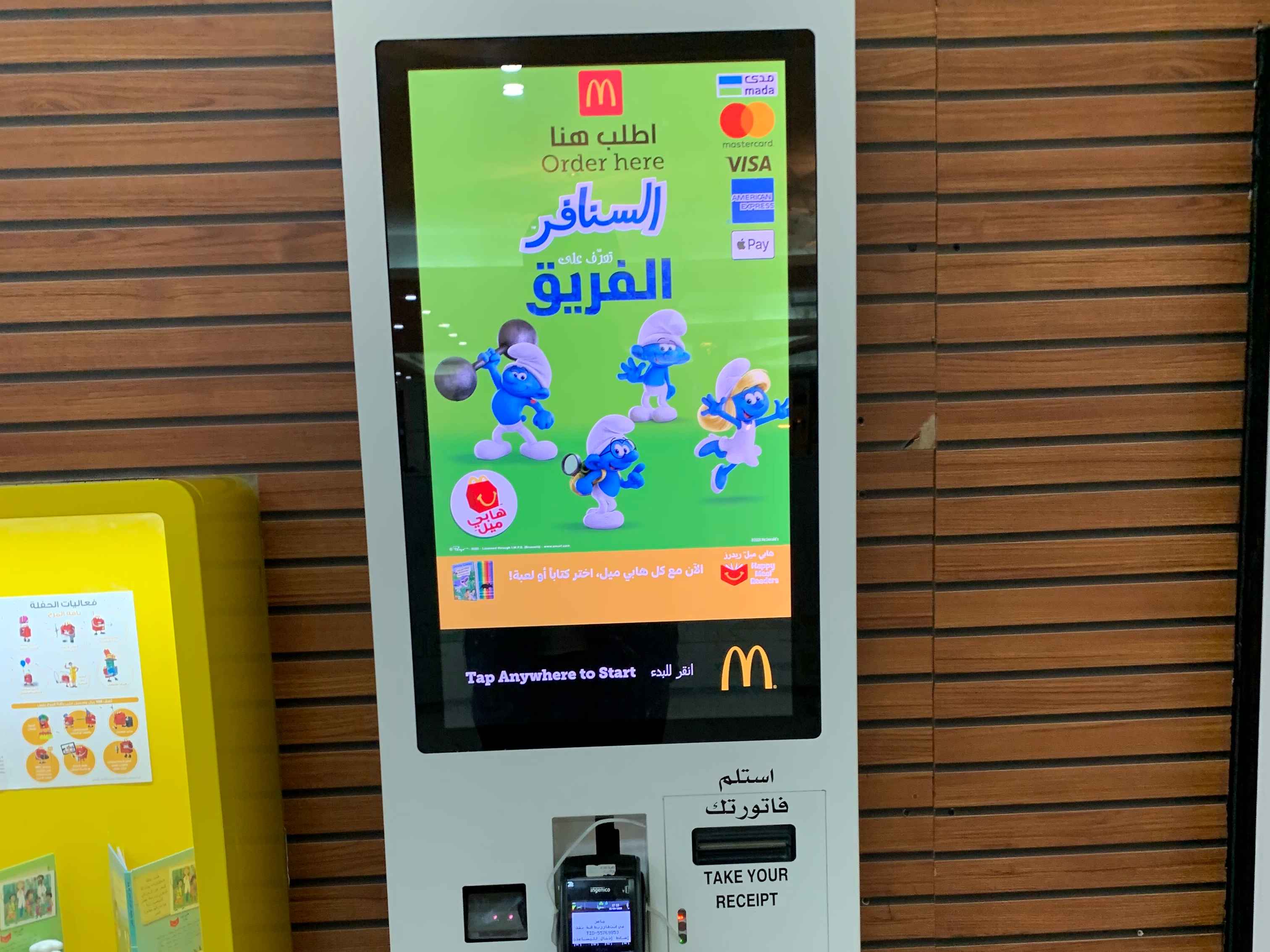 After browsing the menu, here’s what I ended up ordering. The McArabia Chicken, fries, the Chicken Mac, and a water. I was most excited about the McArabia. When in Rome … 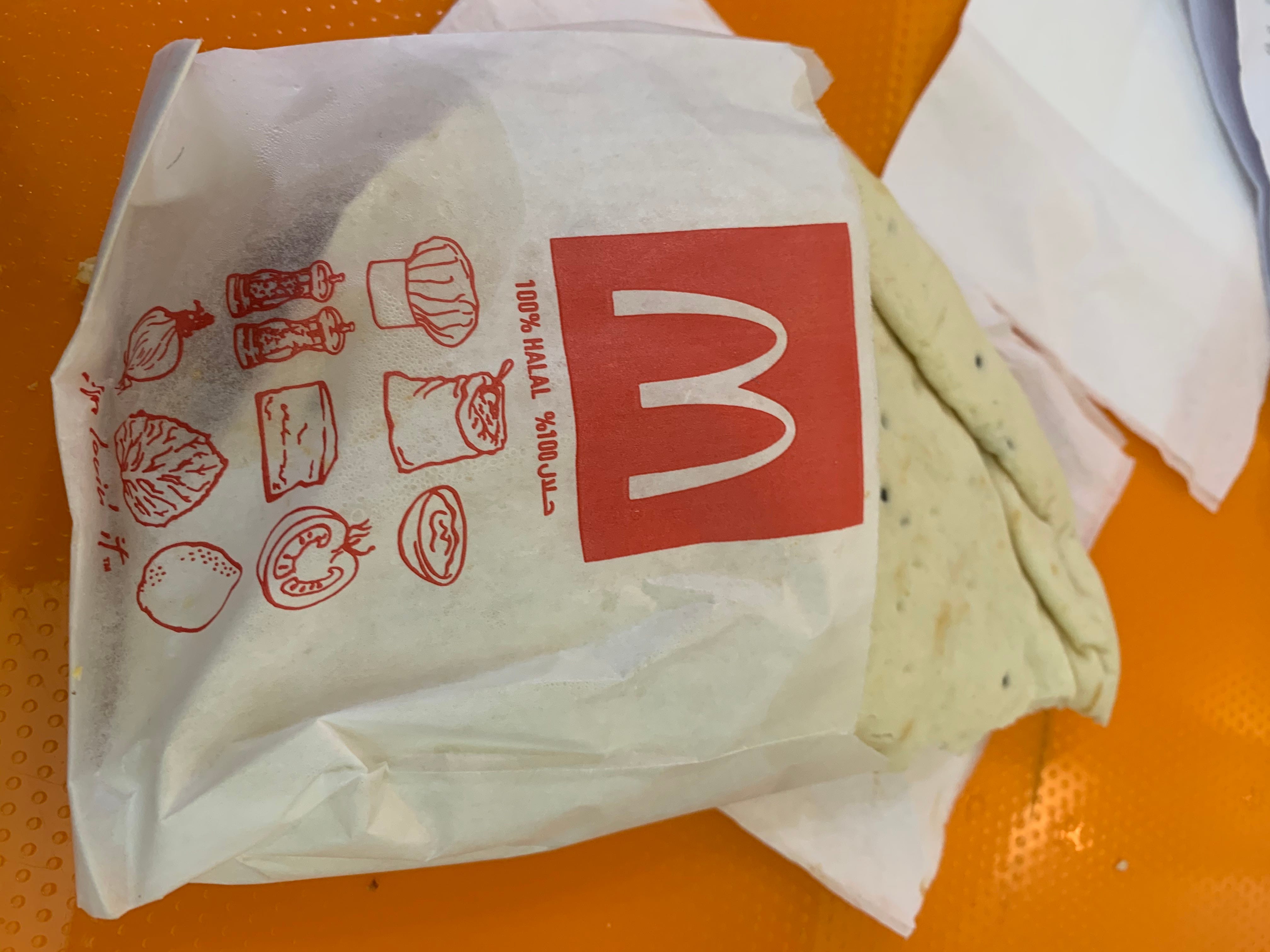 It consisted of Arabic bread (khubz) filled with a chicken patty, cheese, onions, tomatoes, and a sprinkling of iceberg lettuce. It was delicious, a perfect balance of textures. The Chicken Mac was decent too. Built the same way as a Big Mac, it tasted a lot like the classic McChicken Sandwich, just with an extra patty and some cheese. Bill Bostock/Business InsiderThe Chicken Mac meal (including medium fries and a bottle of water) cost me 19 riyals ($US5.)

Though, I have to agree with my colleague Yuru Zhu, who wrote last month that the fast-food giant hasn’t won the “Chicken Sandwich Wars” yet.

The Chicken Mac was available in the UK and the US in 2017, but has since dropped off menus. 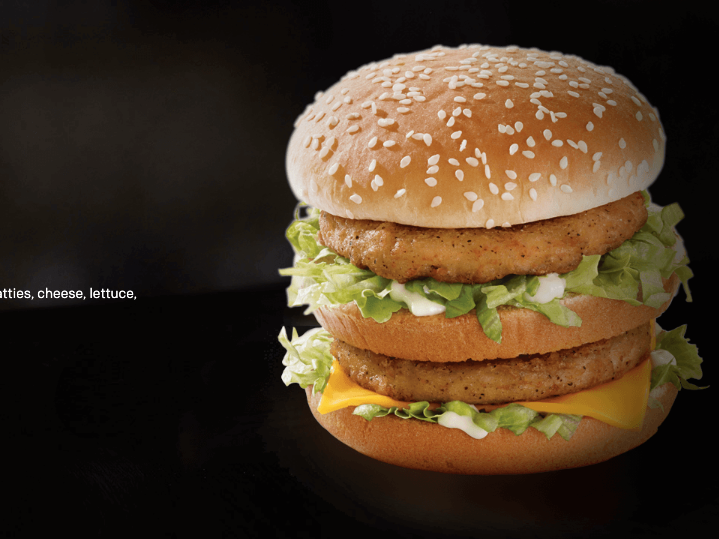 Same applied to the sauces, but there were a few I didn’t recognise, like Mustard Mayo. 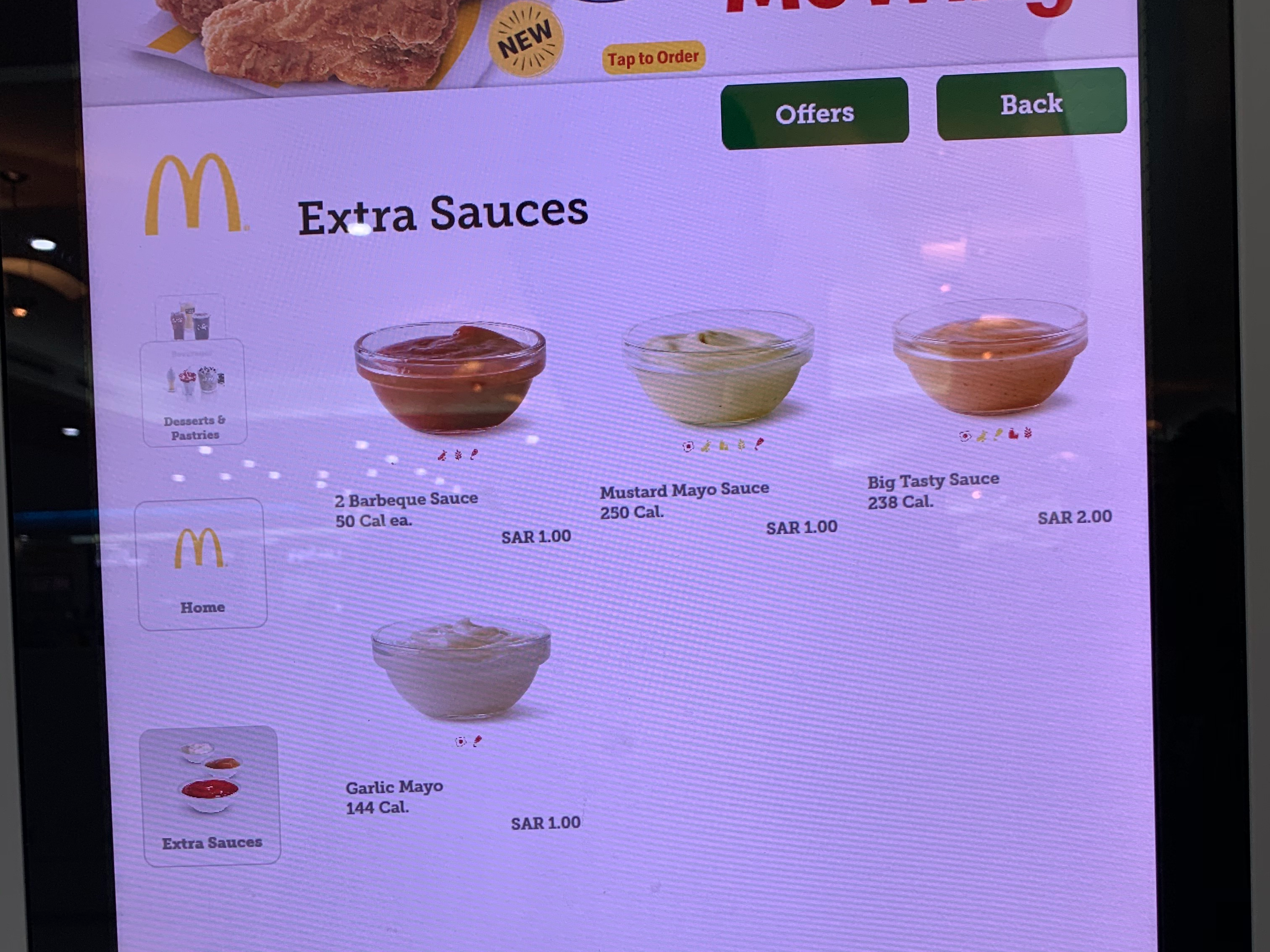 Most of the classic options were available in the beef category

The same went for the breakfast items, except in Saudi Arabia, where pork is banned, pork products like sausage arm replaced with an imitation meat.

Here are some of the other chicken options. I’d never seen a Spicy Crunchy Chicken in the UK.

So my chicken burger meal, with an extra McArabia cost me 34 riyals ($US9) in total, not bad at all. 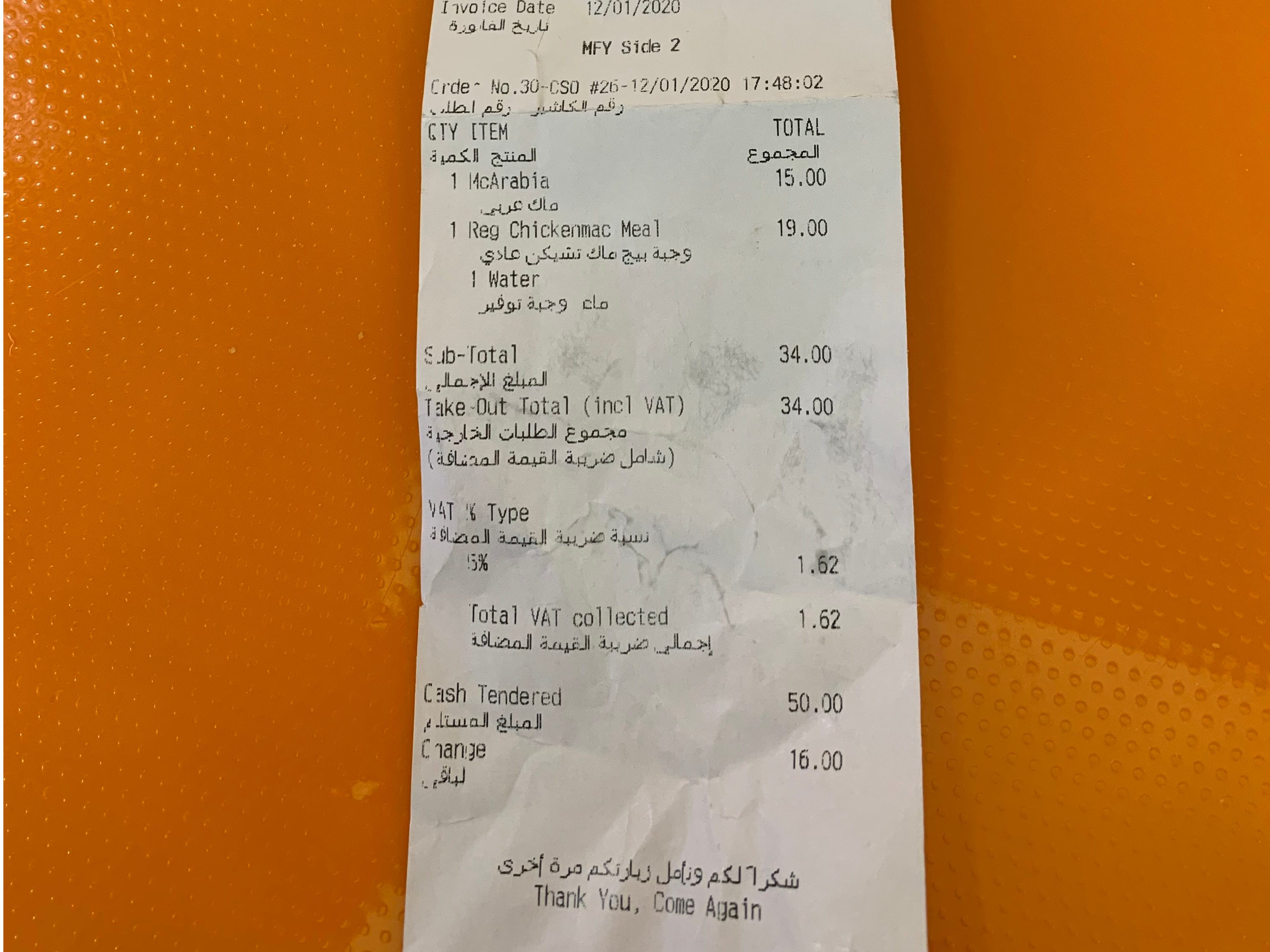 I left satisfied, so decided to get a Nutella cupcake for the road.