We tried Domino's new cheeseburger and chicken taco pizzas, and they were shockingly good 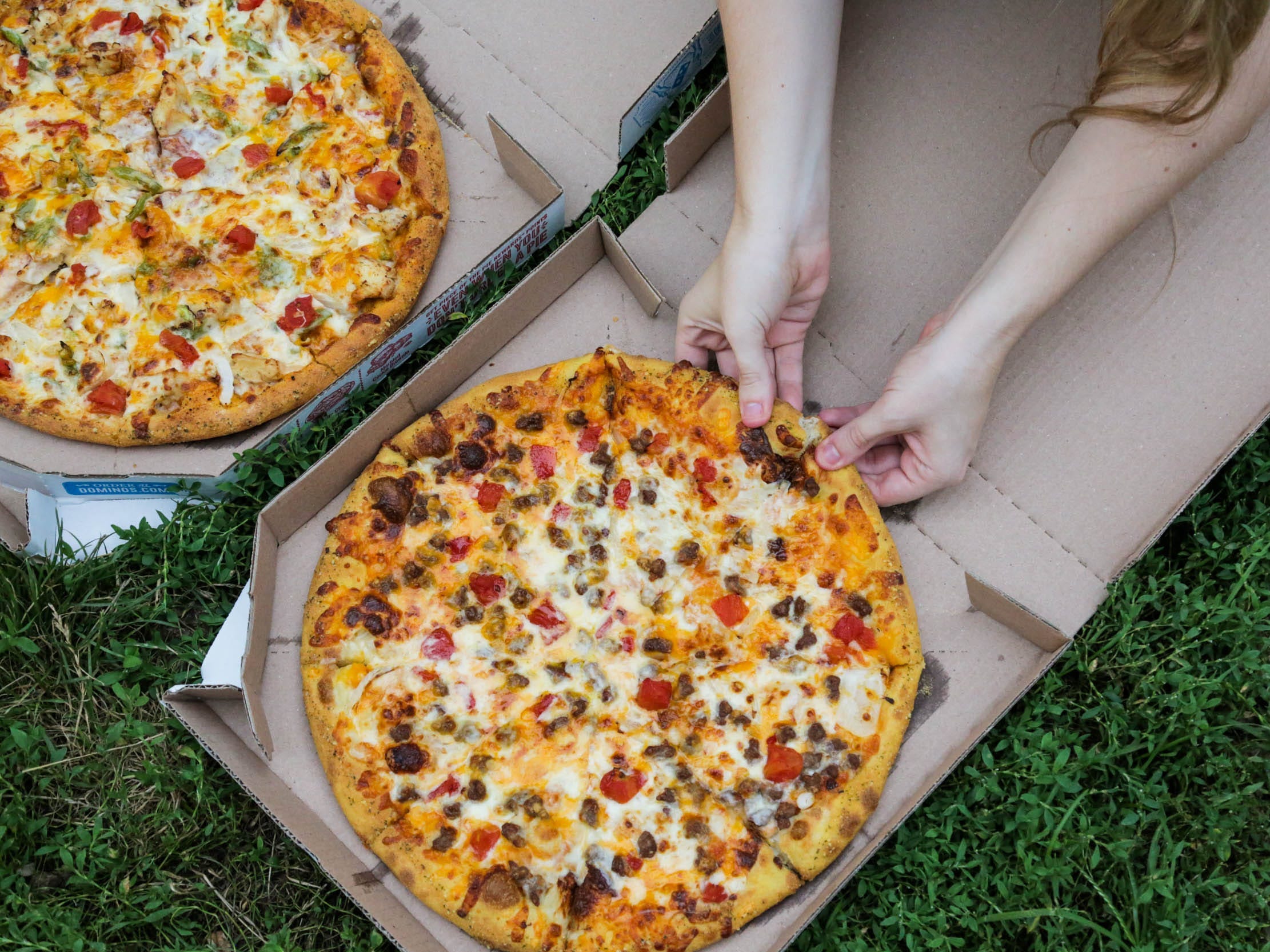 Domino’s is unafraid to ask the big questions: What is pizza? Is it a cheeseburger? Is it a taco? Why can’t it be both?

If Taco Bell, Burger King, and Domino’s were in a polyamorous relationship, these pizzas would be their two unholy Frankenstein’s monster lovechildren.

Four brave-hearted retail reporters met up at an undisclosed park in Brooklyn to feast together and reminisce about the times before the pandemic. With the apocalypse already in full swing, we thought, “eh, what’s the worst that could happen?”

Our pizzas arrived via contactless delivery and assumed their place at the centre of our coven in the grass. 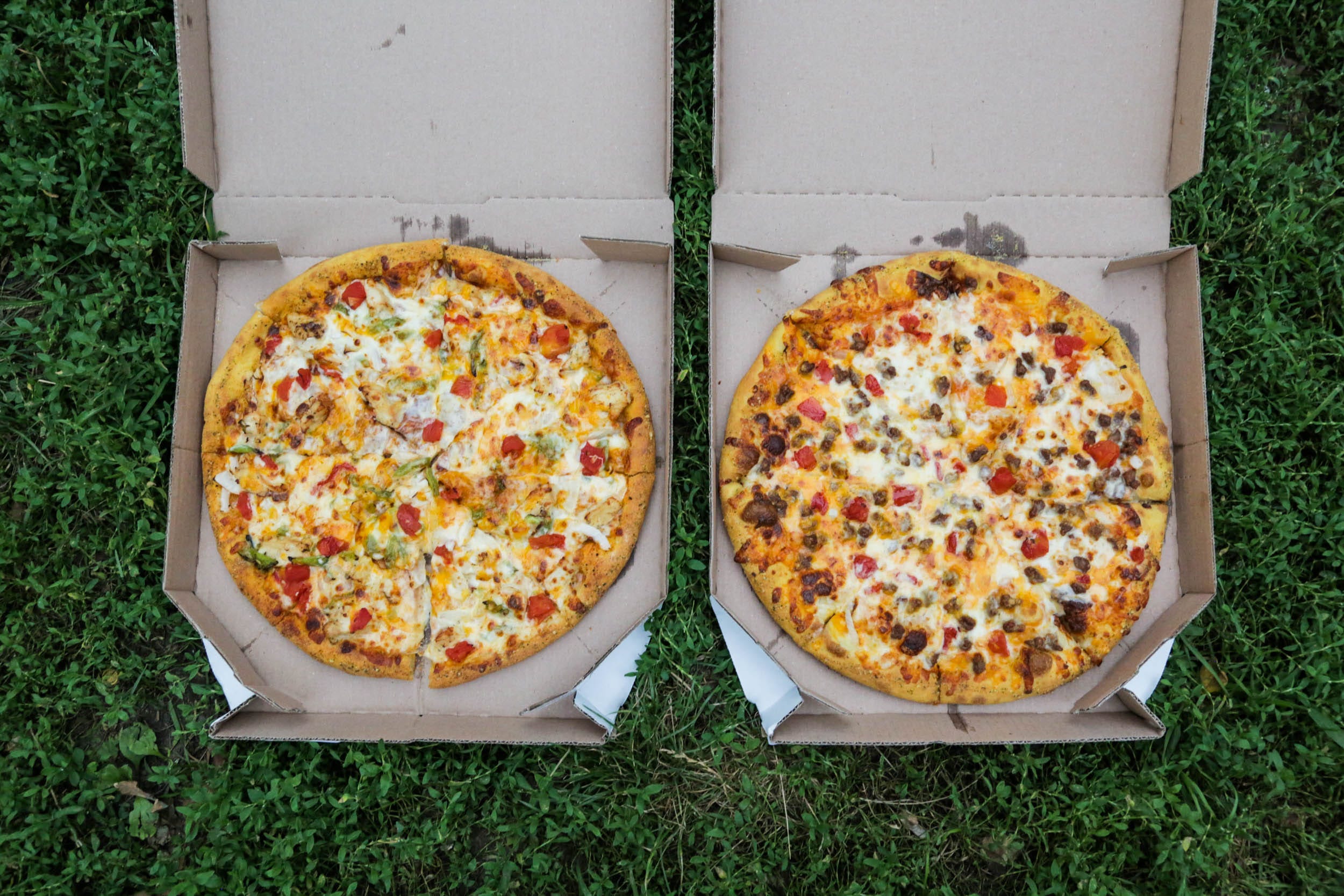 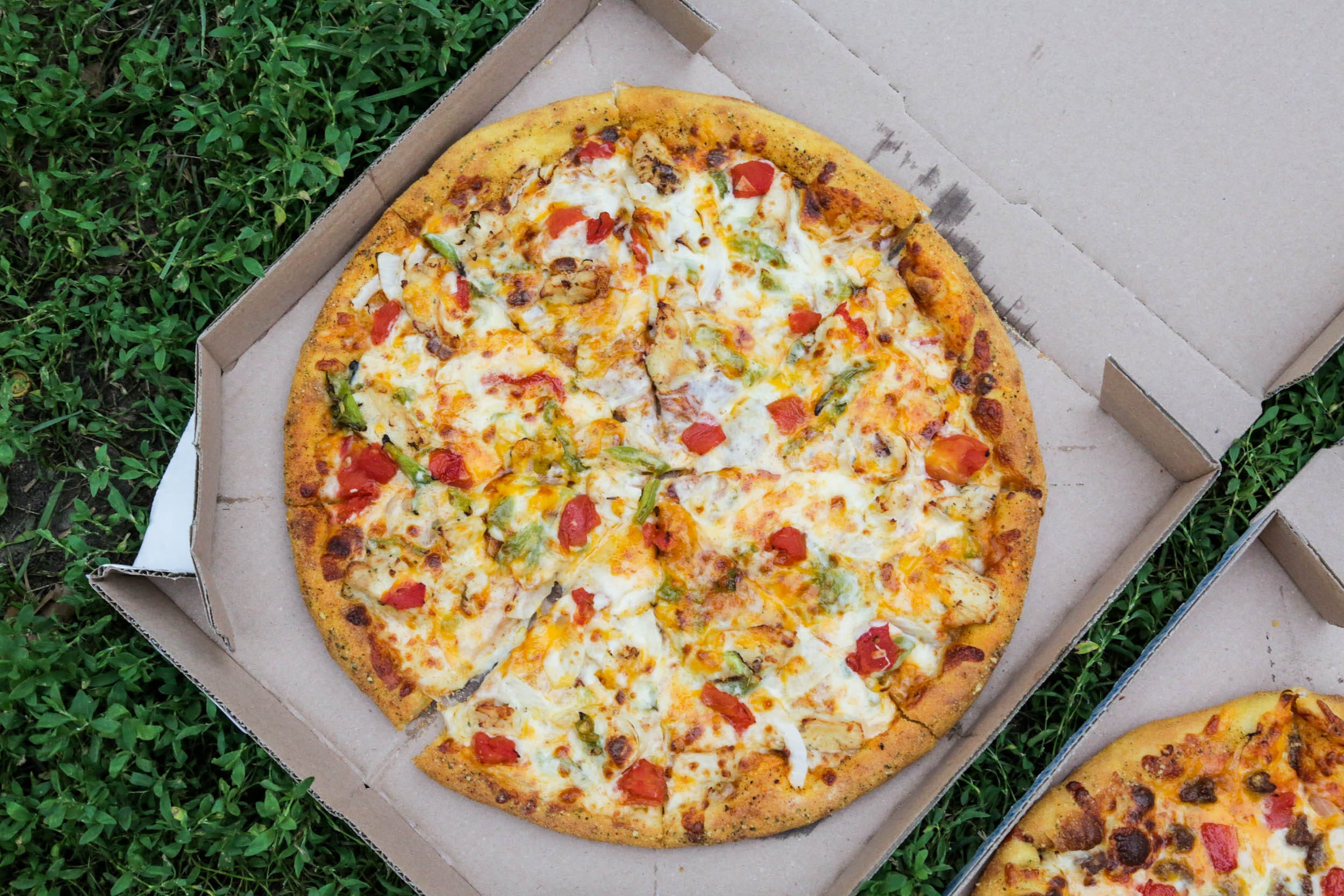 The cheeseburger pizza is made with ground beef, onions, tomatoes, provolone, cheddar, and American cheese on ketchup and mustard sauce.

We can only speculate as to what went on in the head of the human who created this monstrosity. We can only imagine just how high the chef was when he or she thought, “but what if pizza was also Taco Bell?” 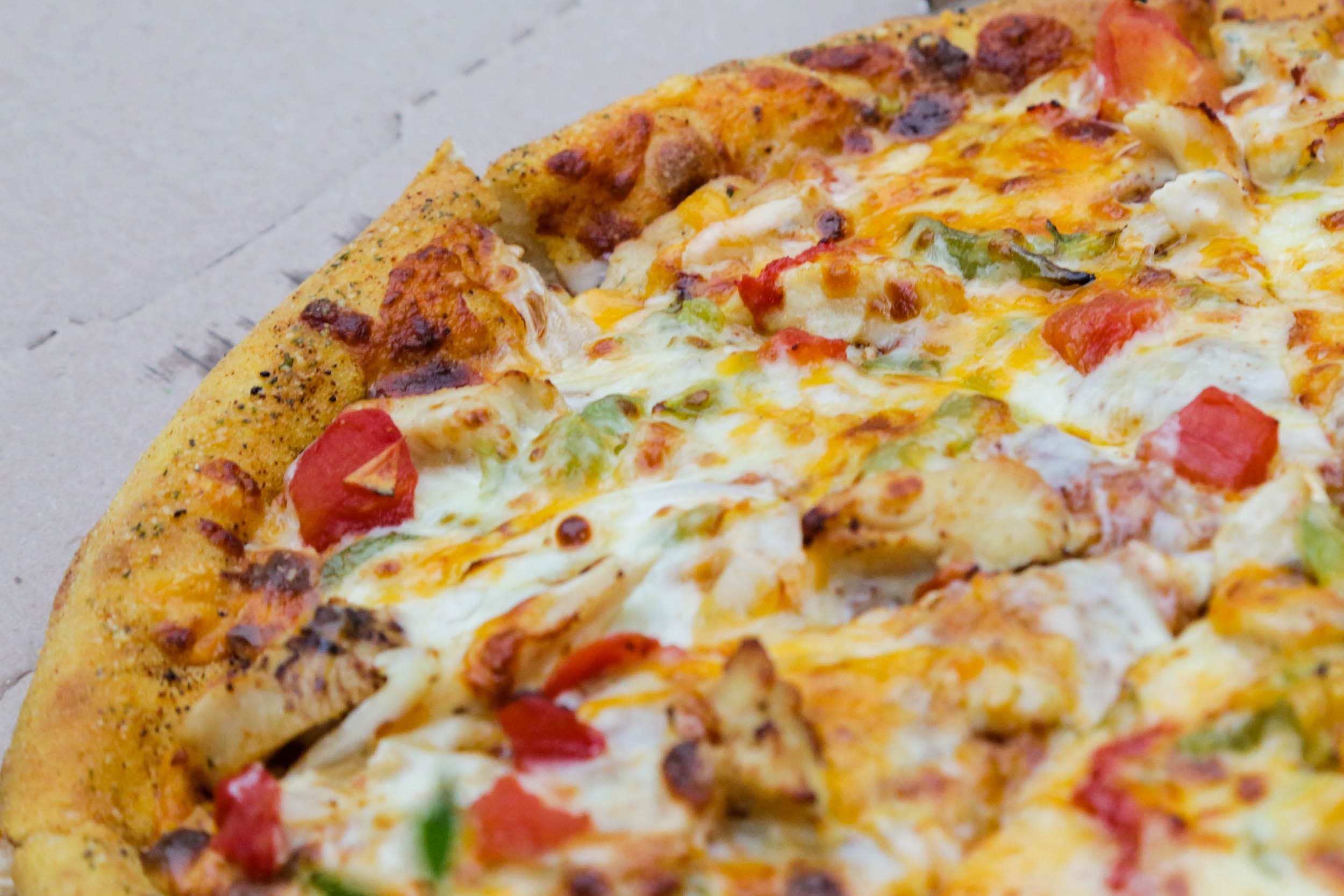 The cheeseburger pizza is the taco pizza’s more conventional twin. As American as pizza pie, it looked like someone had stuck a burger in a blender and tossed its mangled bits onto a disc of dough. 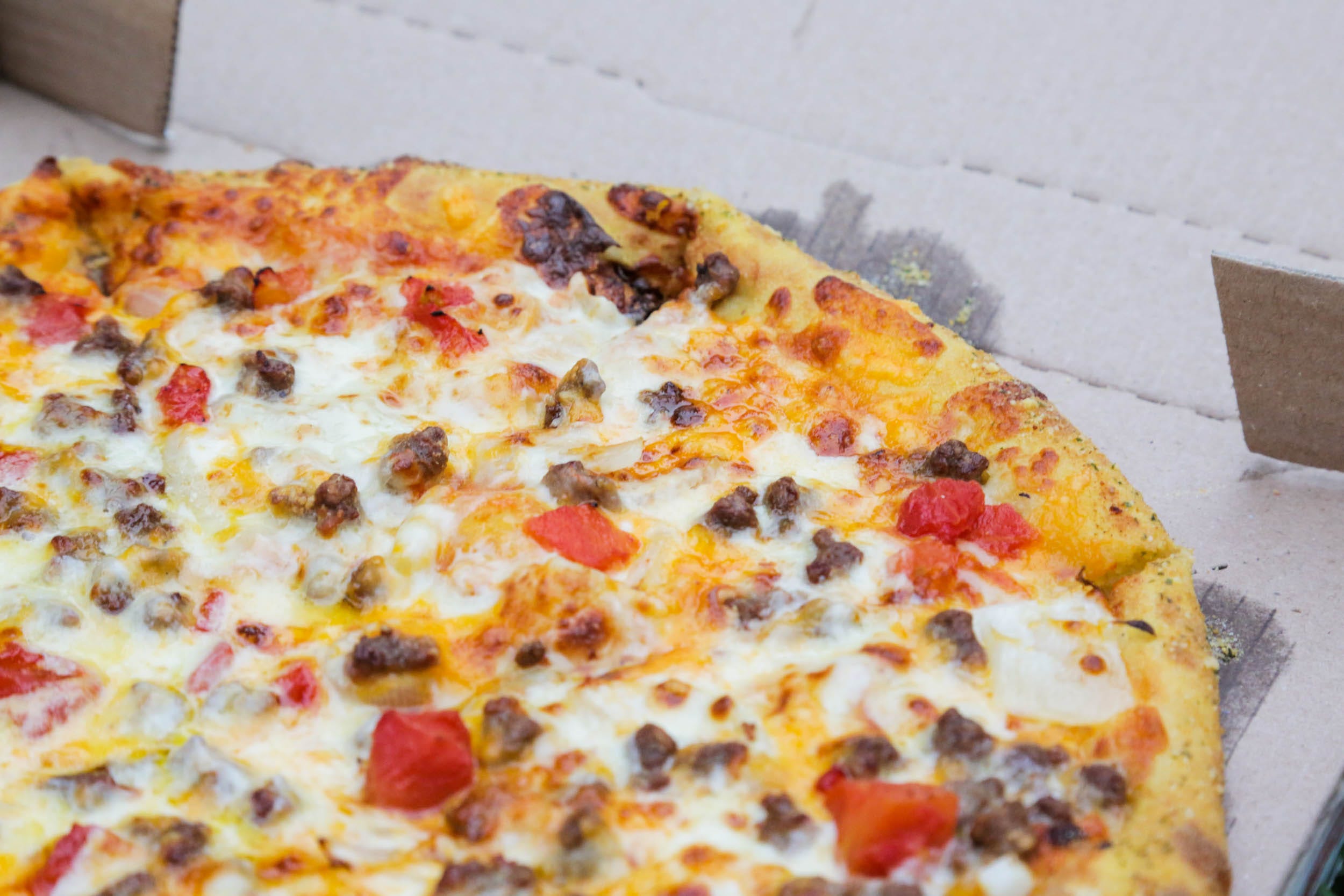 Every hero’s journey begins with a crossing of the threshold, a plunge into the unknown, a dive into the deepest darkness. 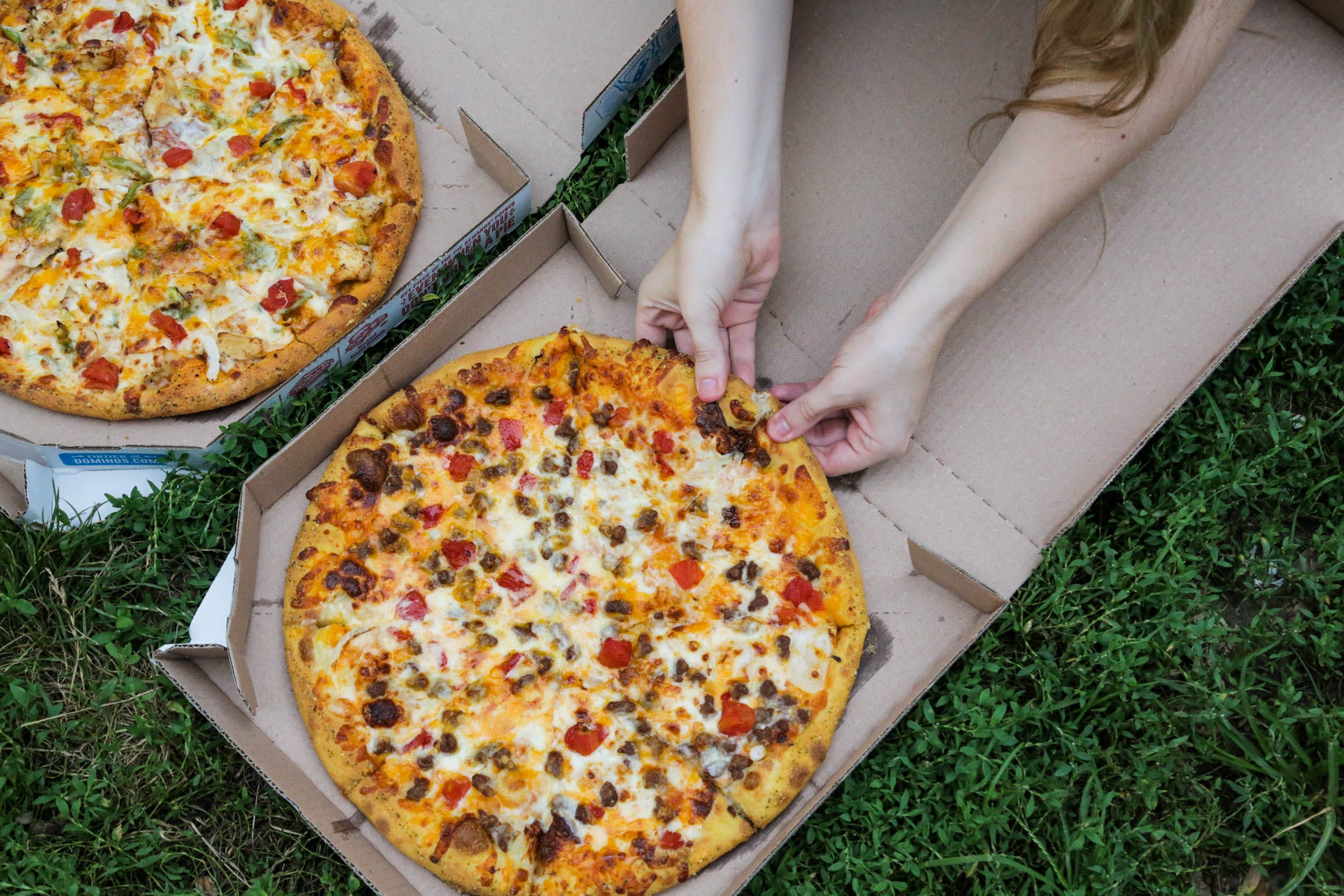 In our case, that was the cheeseburger pizza. 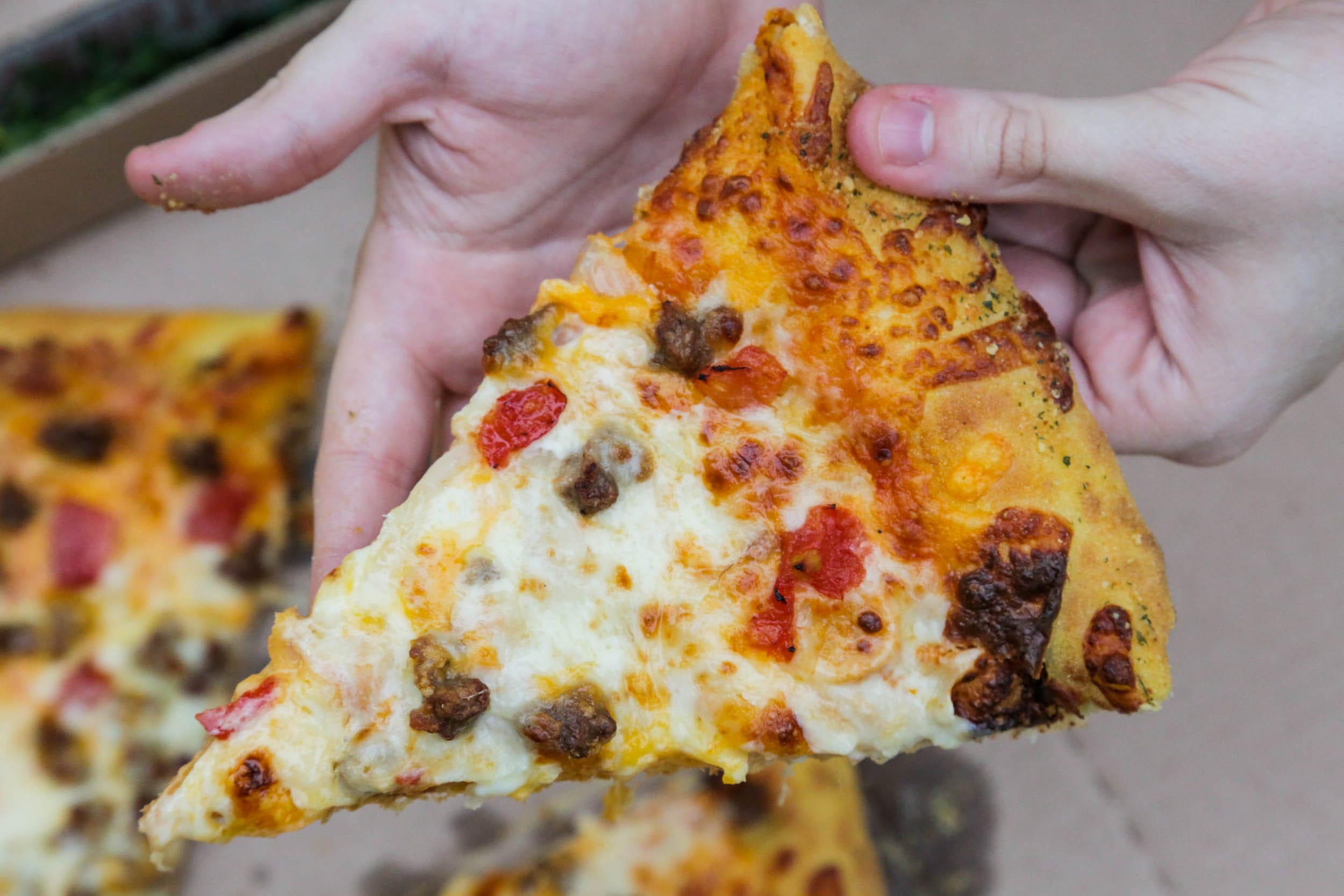 “I’m disturbed to say that it works for me,” remarked senior reporter Áine Cain, adding that she’s usually a boring plain cheese lady. Cain liked the balance of flavours, caveating that it’s not for people who don’t like burgers. 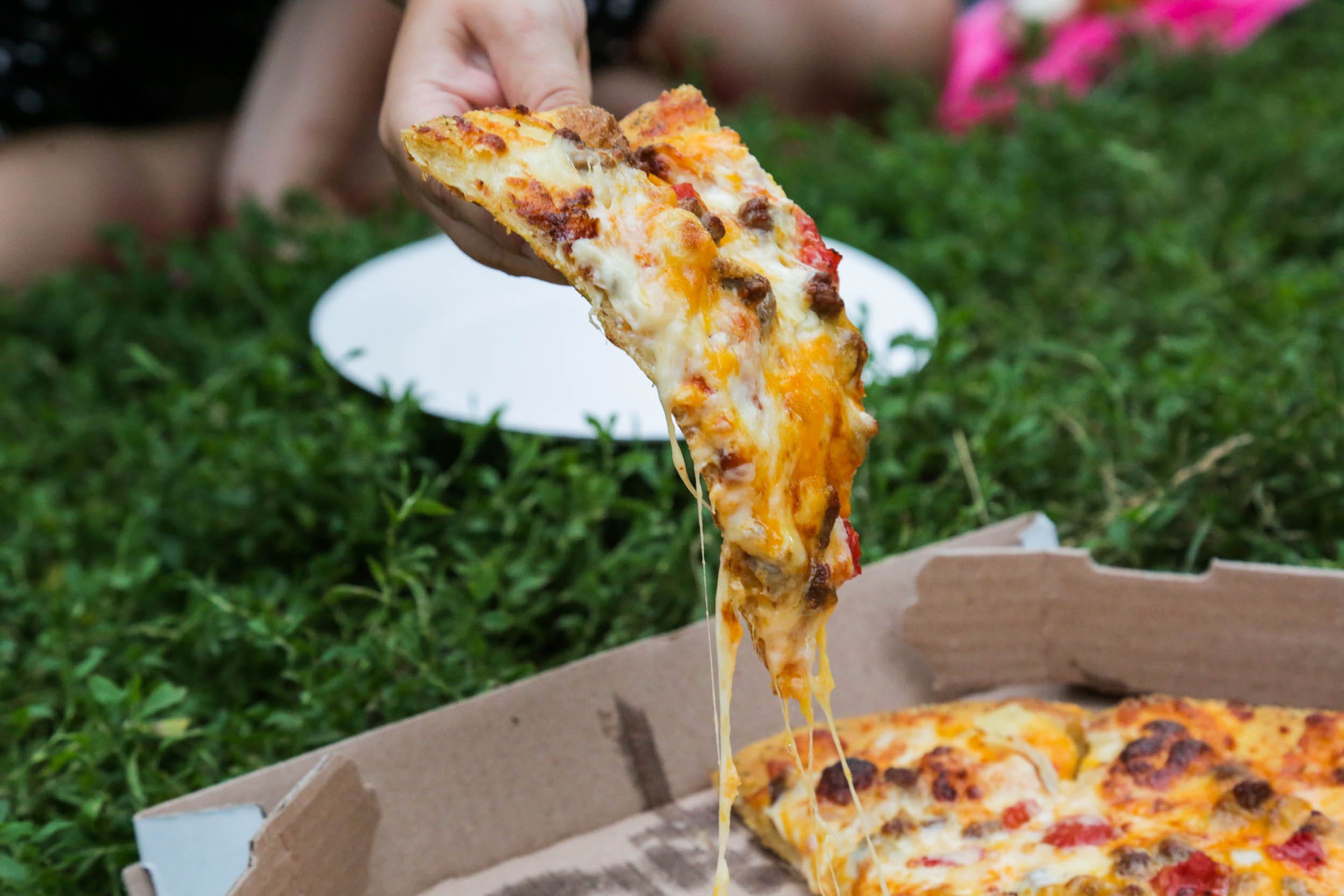 Correspondent Kate Taylor was also impressed. “I shouldn’t like this, but somehow I do. I wanna say it doesn’t taste like cheeseburger, but it does.” 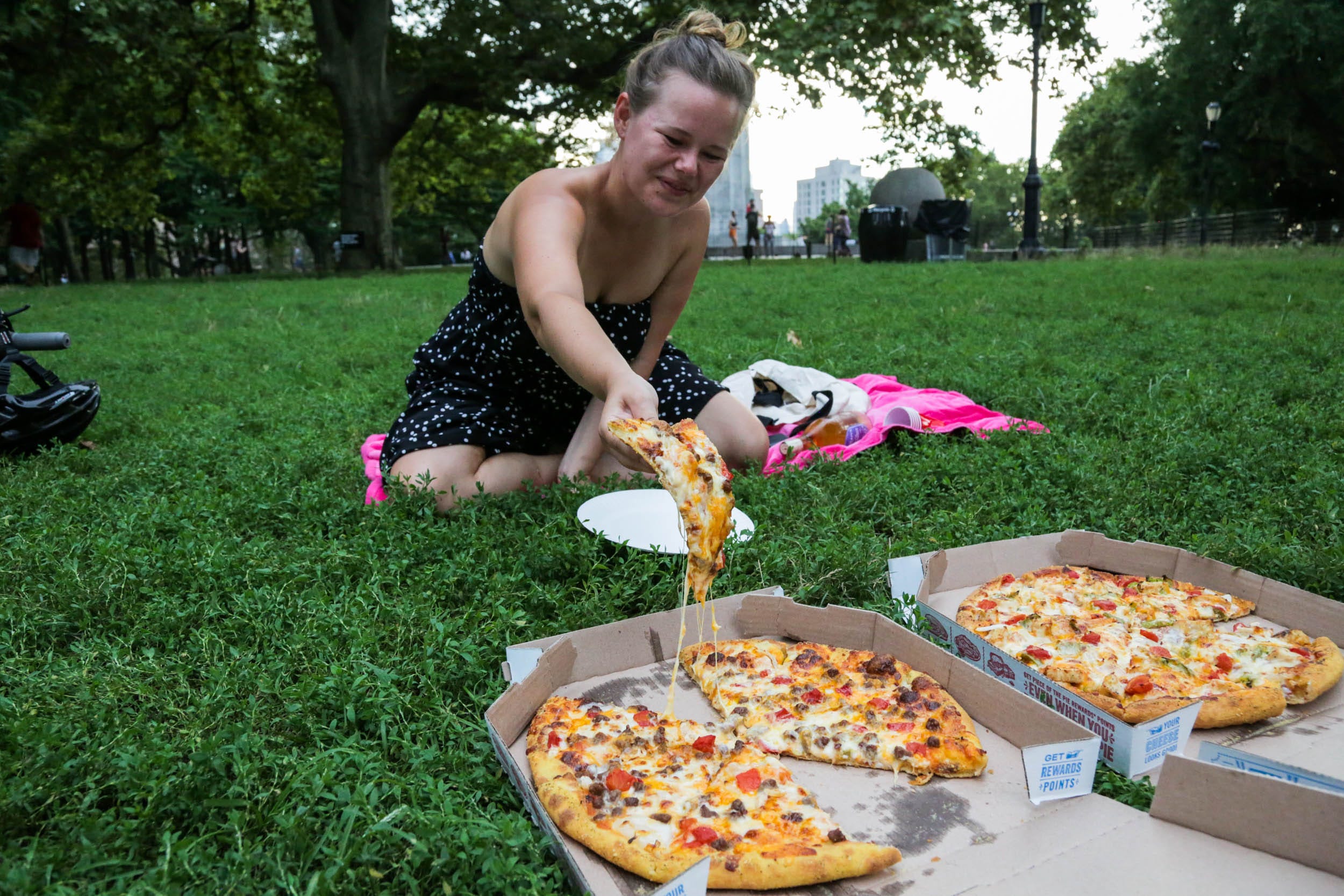 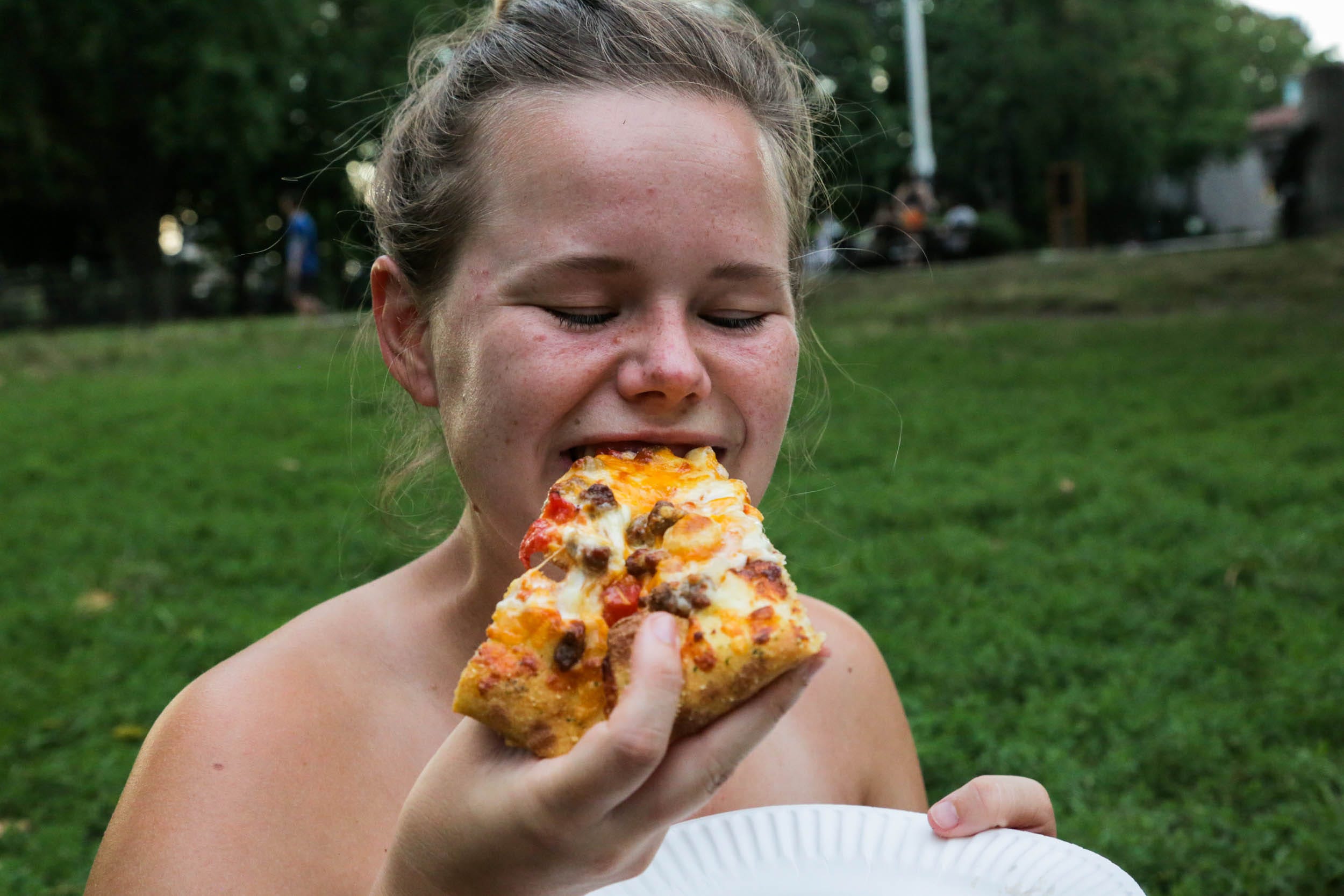 All tasters were appalled yet enthralled by the ketchup-mustard sauce. “Did they spit in God’s eye?” Cain asked, before grabbing another slice.

Our journey into darkness continued with the chicken taco pizza. Cain remarked that this was definitely stoner food. 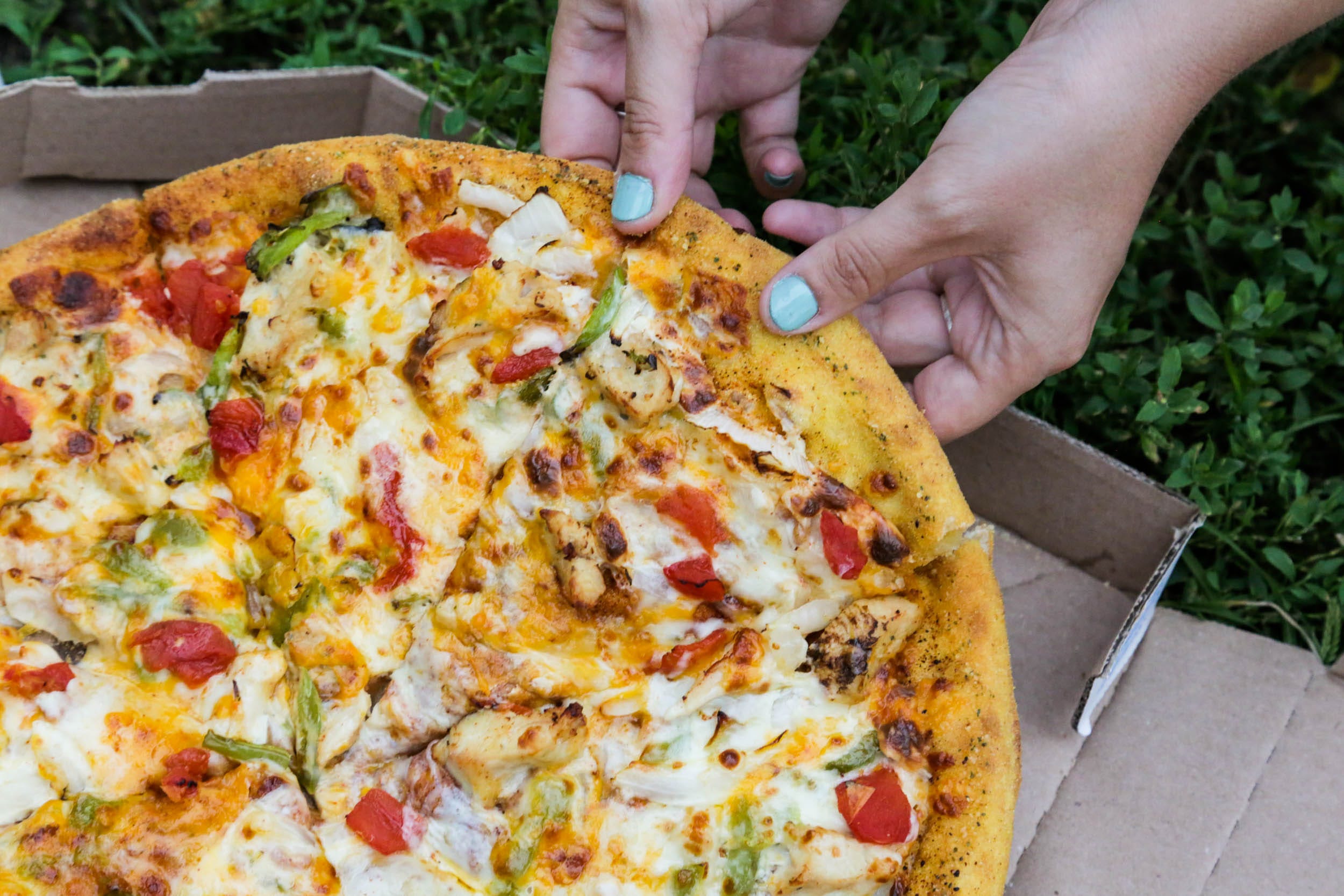 Reporter Bethany Biron told Business Insider, “I find this delightful. It tastes like a blend of Taco Bell and Dominos in a wonderful way. I would order this.” 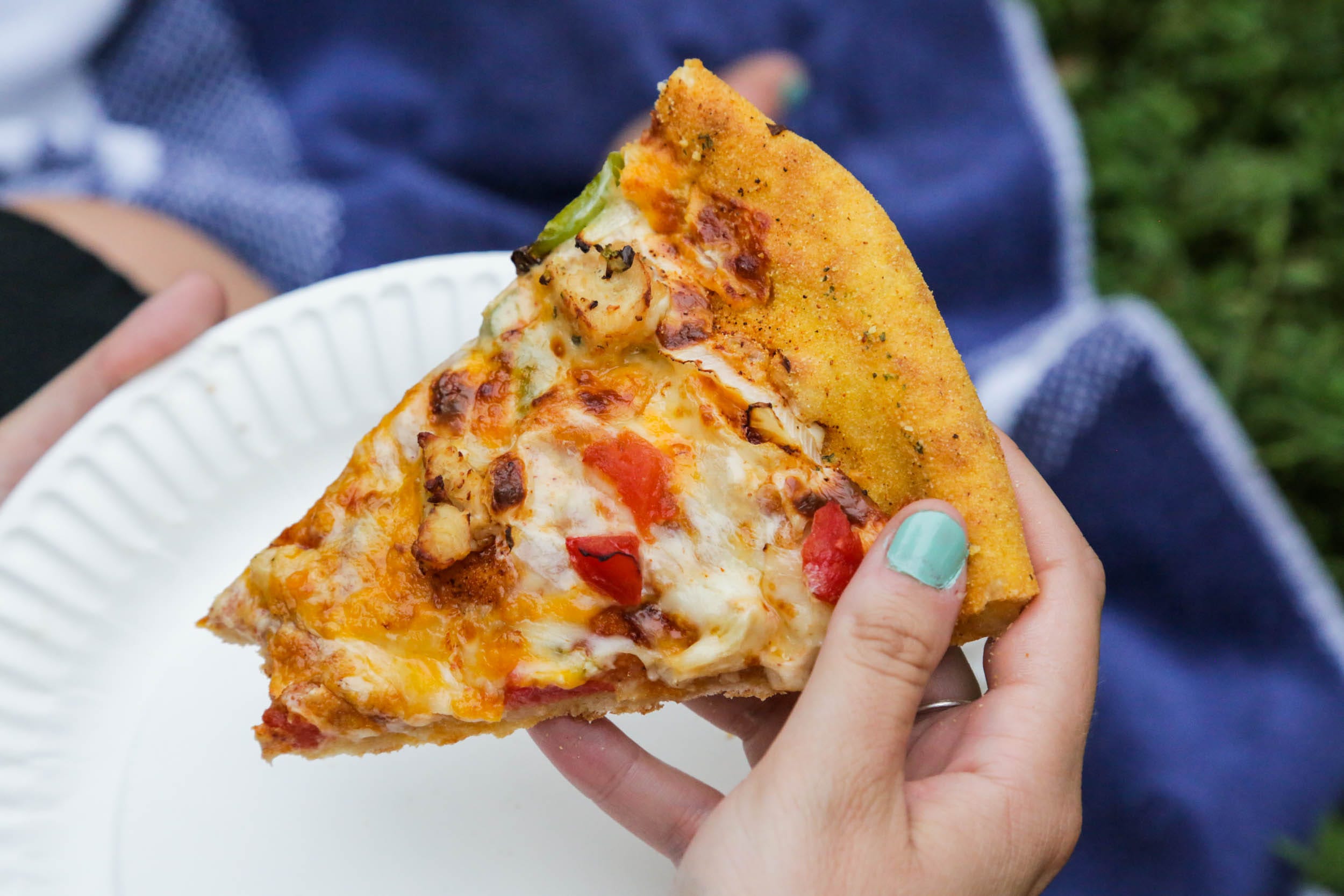 After a bite, Taylor ruminated on the nature of “tacos.” “My mum would make something like taco pie where it’s not like any good taco you’ve had, but it’s actually very good,” Taylor said, adding that she liked the cheeseburger better. 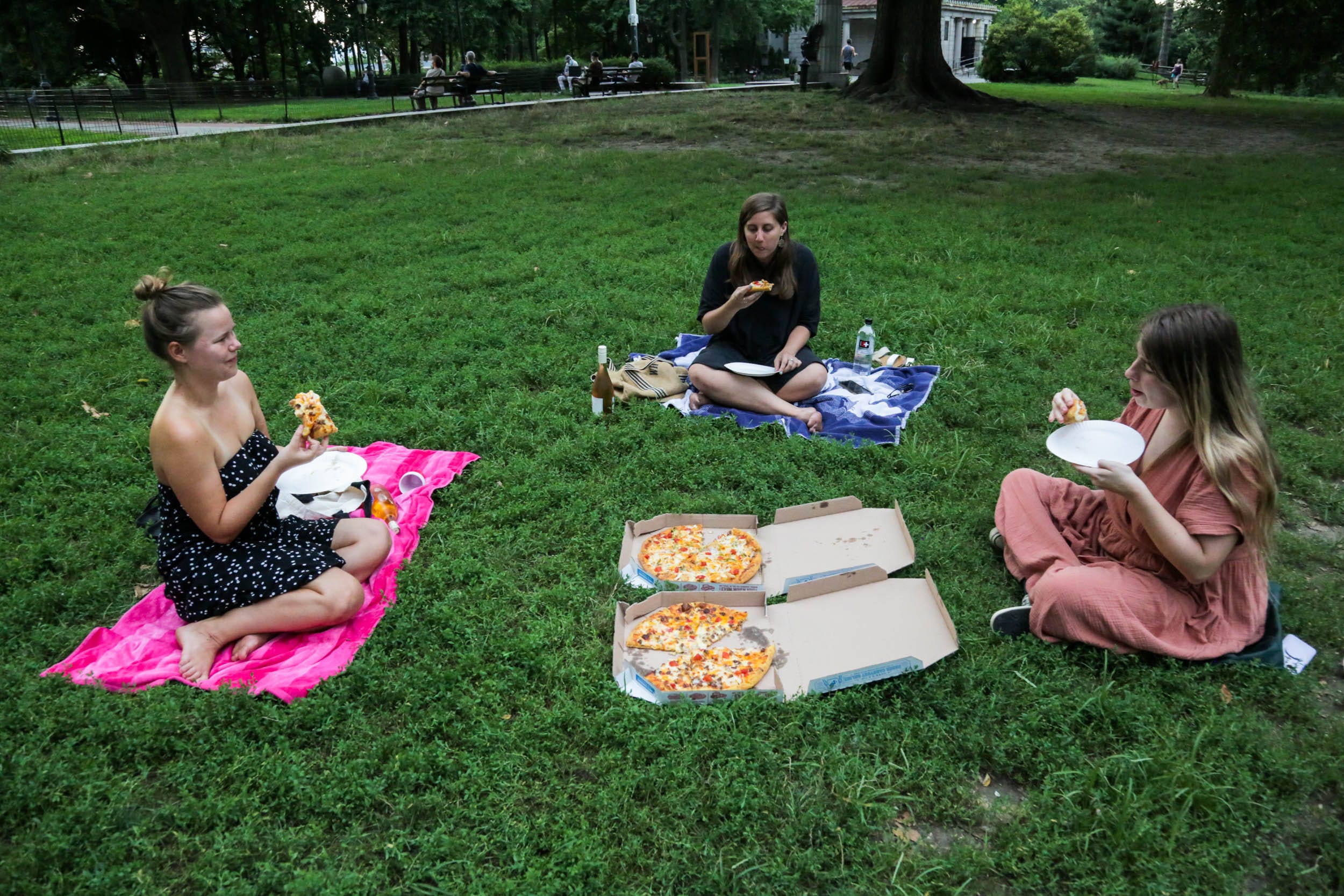 “It’s like white people Taco Tuesday,” Cain said, revealing that she liked the taco even more than the cheeseburger pizza. 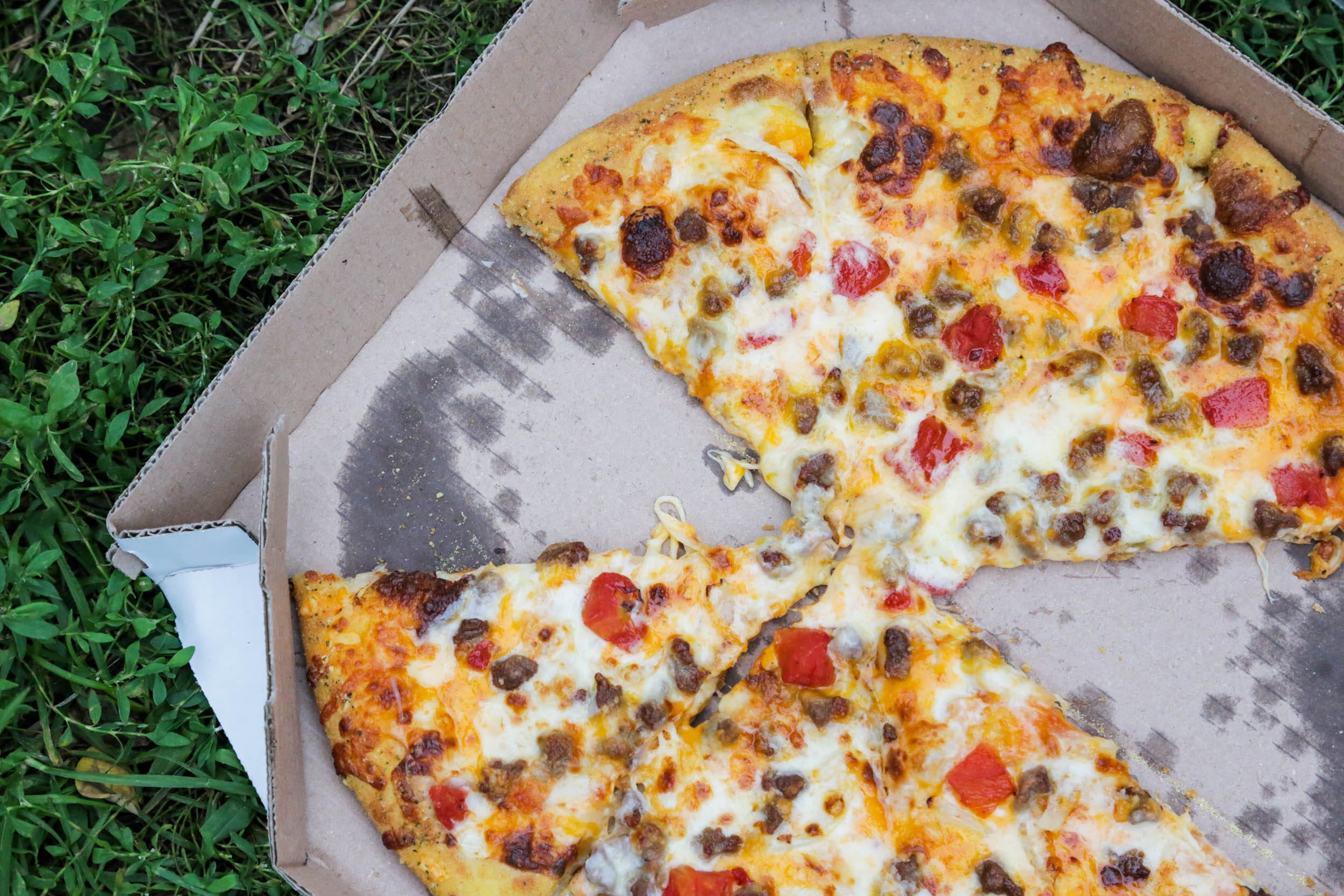 I preferred the cheeseburger pizza to the taco pizza. The latter does kind of taste like Taco Bell, but the chicken is gross and plasticky. 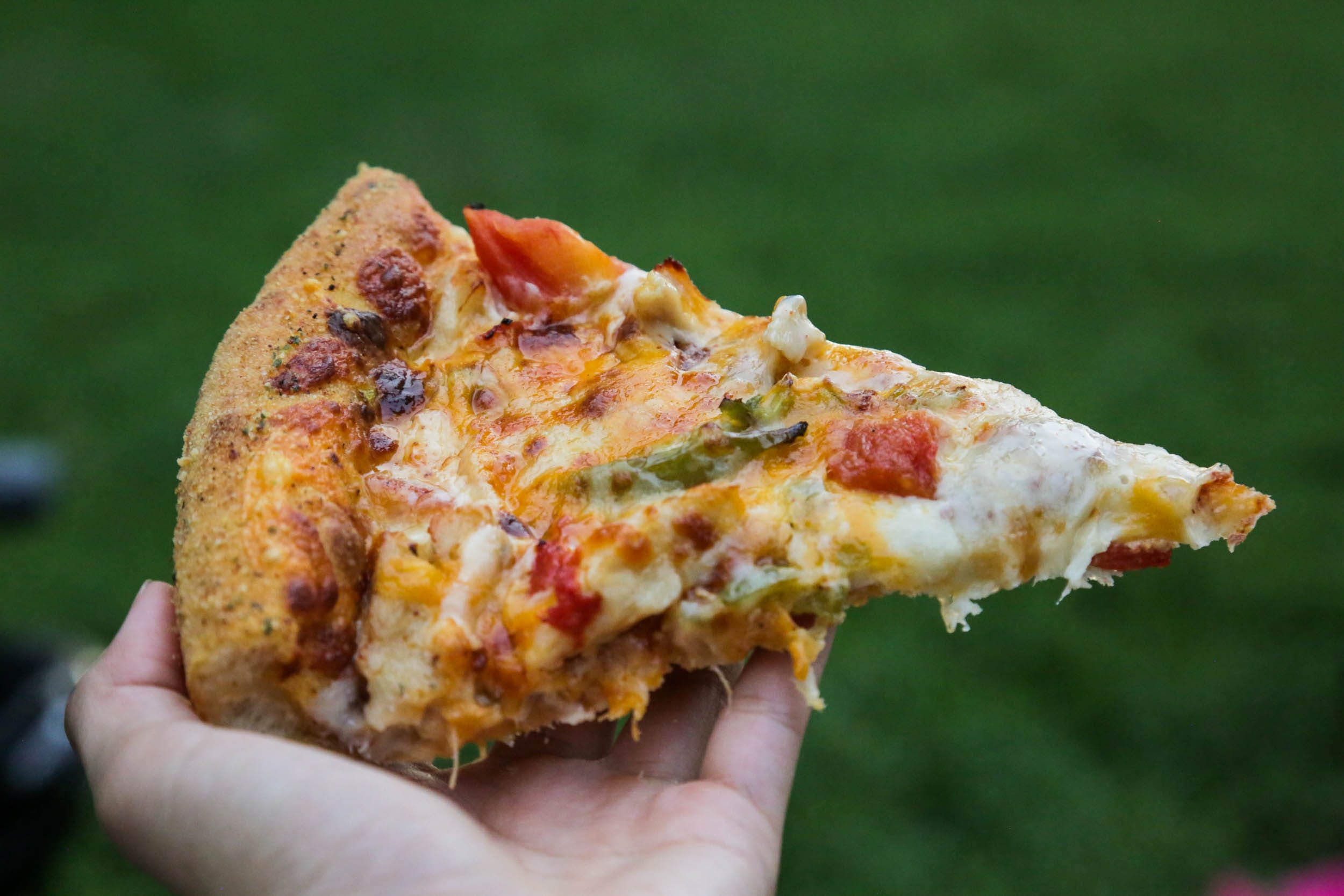 It seemed we were a house divided between the two pizzas. But unlike some divided houses, we were able to get along and make merry anyway, with the help of some wine, solo cups, and lots of bug spray. 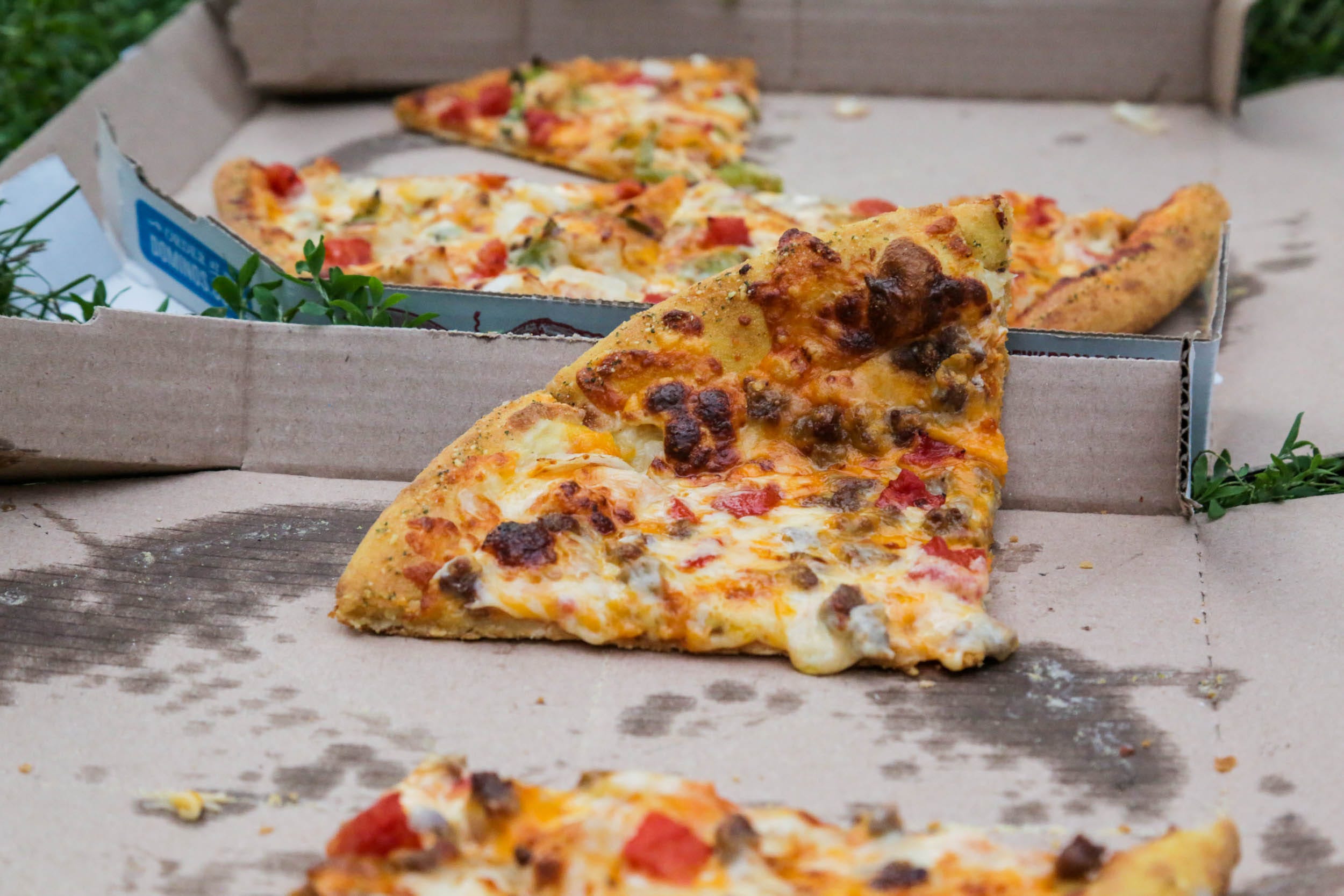 The ruling: Domino’s new cheeseburger and chicken taco pizzas are way better than they should be. And since the world is (literally) on fire anyway, why not do crazy, nonsensical things that violate our collective sense of decency, like eat your burger on a pizza? 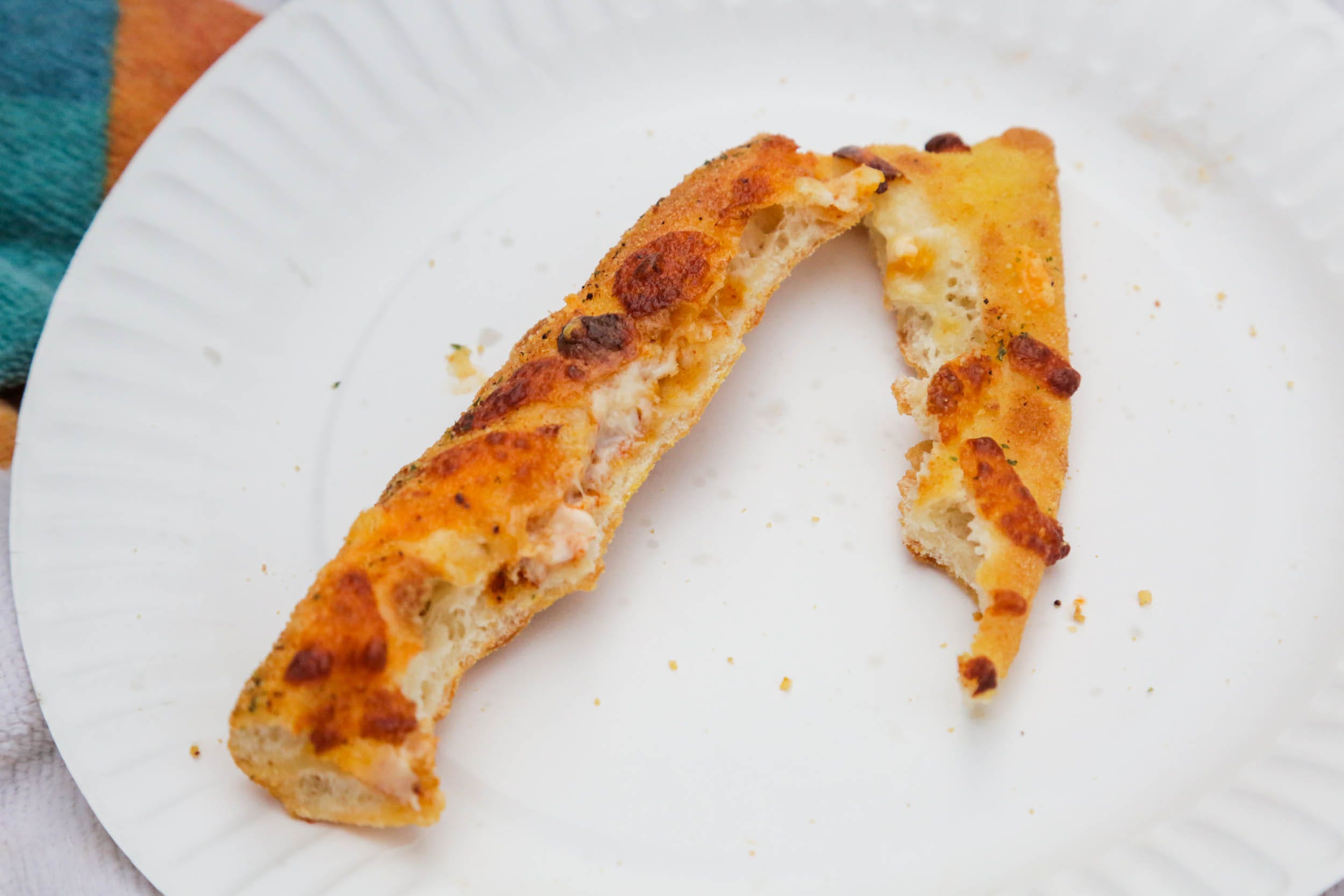