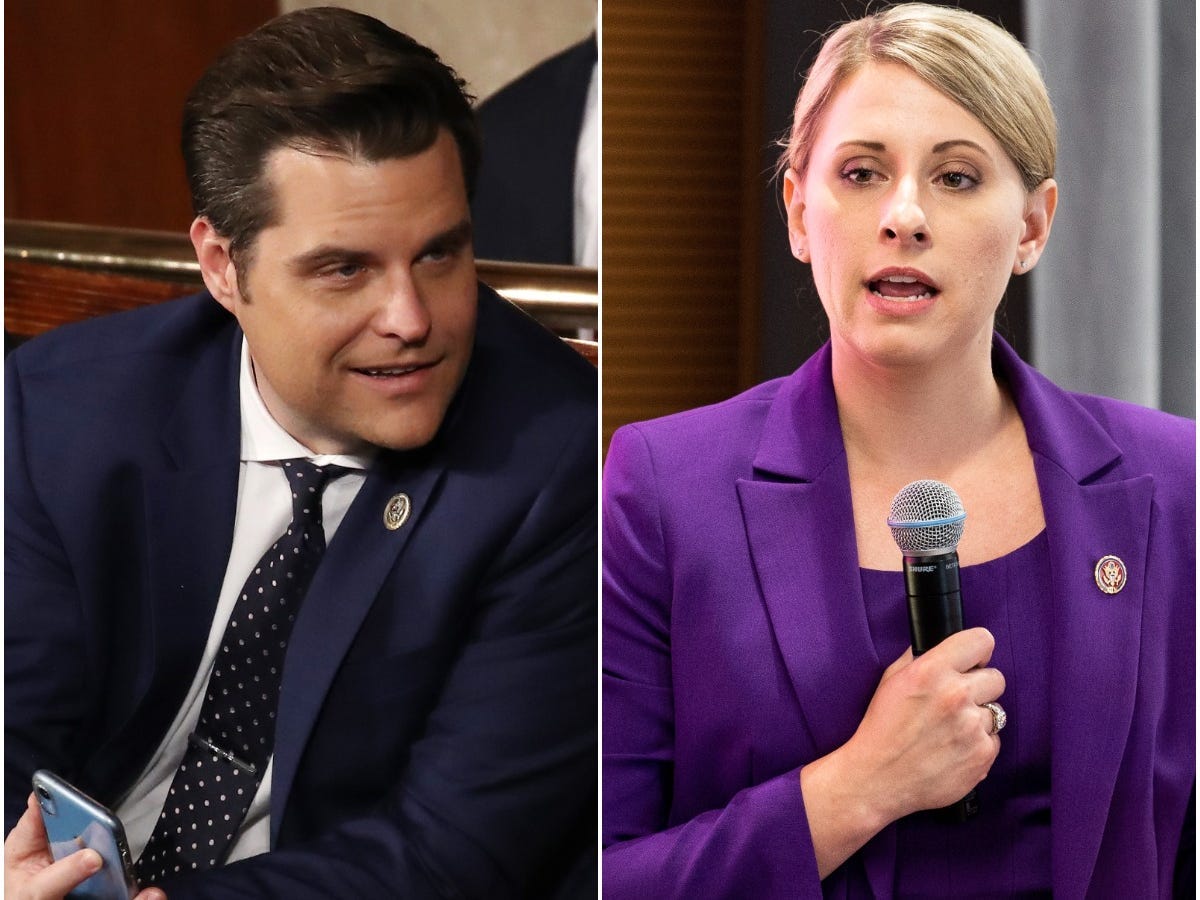 In addition to the allegations of sex trafficking, Gaetz has been accused of showing other lawmakers images of nude women he claimed to have slept with, CNN reported on Thursday. The Florida Republican is said to have shown these photos in private and on the House floor.

Hill was forced to resign in October 2019 after the British tabloid the Daily Mail published nude images of her.

The Daily Mail report also detailed claims that Hill was involved in a relationship with her ex-husband and a female campaign staffer during her run for Congress.

Read more:
Republicans are unloading on Rep. Matt Gaetz in gossipy texts and snide asides amid reports of a DOJ sex investigation: ‘He’s the meanest person in politics’

“The last few days I’ve been depressed, anxious, nauseated, and haven’t wanted to leave the house or even talk to the people I love,” Hill said on Twitter on Saturday.

“If you’ve been the victim of nonconsensual intimate image abuse and are feeling the same way, please reach out to CCRI,” she added, referring to the Cyber Civil Rights Initiative. “You’re not alone.”

Hill and Gaetz developed an unlikely friendship while serving together in Congress.

In 2019, Gaetz defended Hill after the publication of the photos, tweeting: “I serve on Armed Services with Katie and while we frequently disagree on substance, she is always well-prepared, focused and thoughtful.”

Hill also jumped to Gaetz’s defense in 2020 when he said that he had raised a young man from Cuba as his son.