Workers at chains like Kroger, Costco, and Waffle House are on the front lines of an increasingly violent war between mask supporters and opponents 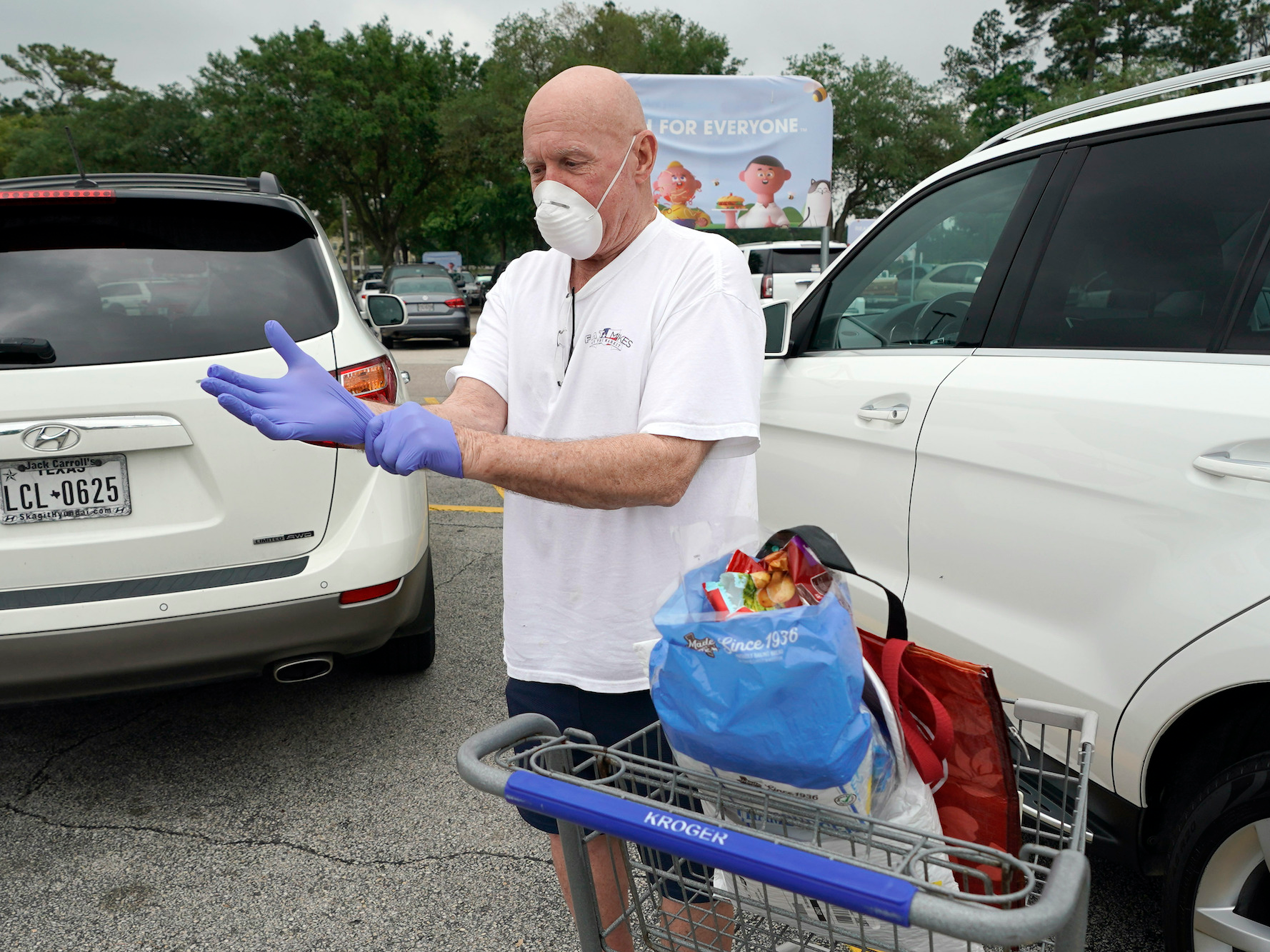 Kristine Holtham, a Kroger employee from Lansing, Michigan, recalled the last time she requested that a customer follow store rules and don a mask or face covering. The man refused to comply. Instead, he looked right at Holtham and said, “I don’t give a damn about your health.”

The Kroger meat department employee described the incident to reporters during a United Food and Commercial Workers International press call, adding that she and her Kroger colleagues have increasingly begun to run up against shoppers who simply refuse to wear masks or face coverings for ideological reasons.

“Kroger ended our ‘hero pay,’ but the crisis is not over,” Holtham said. “I face each day with anxiety and it gets worse when I see customers refuse to wear masks. I am a mother and my children need me to stay healthy.”Kroger recently decided to stop its $US2-an-hour pay bump, instead providing a $US400 bonus.

Kroger did not immediately respond to Business Insider’s request for comment.

“The employees are downright afraid to ask people to put on masks,” Holtham told reporters on Wednesday. “Believe me, if you ask someone to put on a mask, it’s like asking them to throw their gun away.”

As stores, states, and local governments encourage people to wear mask in public, retail workers are bearing the brunt of the backlash. And with such clashes on the rise, there have been a number of violent incidents endangering the lives of workers.

Family Dollar security guard Calvin Munerlyn was shot and killed in early May at one of the retailer’s Michigan stores, after telling a shopper that she needed to wear a mask to shop at the store. The shopper’s father shot Munerlyn in the back of the head later that day.

Last week, a Waffle House customer opened fire, shooting an employee at the Aurora, Colorado location, after being turned away by a cook for not wearing a mask.

Neither Waffle House nor Family Dollar have policies on if customers have to wear masks. Workers were attempting to follow state orders in Colorado and Michigan that require or encourage people to wear masks when they leave their homes.

Workers are stuck in the middle of a culture war 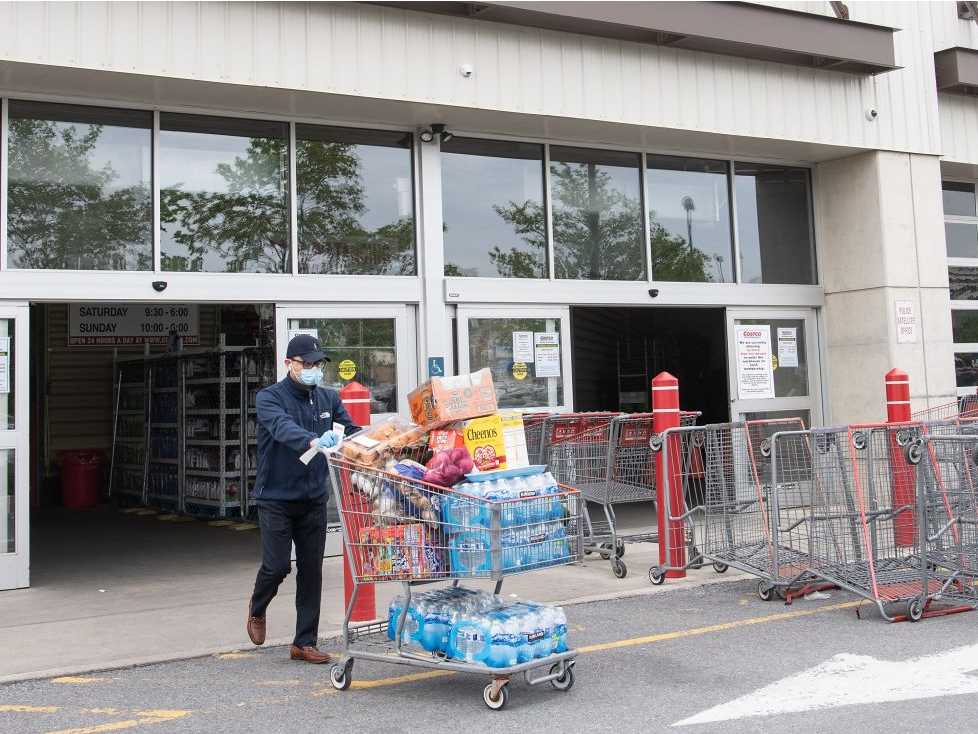 Retail workers have also faced backlash over other safety policies that companies have rolled out to keep customers and employees safe during the coronavirus pandemic.

A woman in Oklahoma City shot three McDonald’s employees after she was told the fast-food chain had closed dining rooms due to the pandemic. And, earlier in May, a crowd outside a Costco in New Rochelle, New York, became aggressive when the warehouse opened 30 minutes later than expected, resulting in the police being called.

“In 30-plus years of studying retail and crisis situations, we have never seen a situation of customers being so rude to hourly employees,” Larry Barton, a professor of crisis management and public safety at the University of Central Florida, told Business Insider’s Mary Hanbury.

But UFCW International President Marc Perrone said that many retailers are failing to fully back or protect frontline employees on the issue of enforcing mask policies. He said that businesses “don’t want to drive off their customers” by taking stricter measures. Perrone advocates for retailers to hire security guards to enforce PPE policies.

“We have been pushing for that for quite some time now, and the reason being is that these workers are not management, the consumer does not look at them as management,” he said.

Masks have become a political symbol David Zalubowski/APProtesters stand on the front lawn of the Colorado State Capitol in Denver during an anti-lockdown demonstration on April 19, 2020.

Masks have become increasingly politicized during the coronavirus pandemic.

Experts say that everyone wearing a mask in a store is one of the best ways to make shopping safer for everyone involved, allowing businesses to reopen.

However, “anti-maskers” have said that policies requiring people to wear masks infringe on their freedom. Costco faced boycott threats when it became one of the first retailers to require all customers to wear masks in stores. Others rallied around Costco, voicing support for the new safety policy.

A Whole Foods store worker told Business Insider’s Hayley Peterson that customers were shouting at them on a daily basis. The employee, and others in this article, were granted anonymity in order to speak frankly about the situation without fear of retribution.

A worker at the Gap told Business Insider that customers refusing to wear masks puts her and other employees in a stressful and uncomfortable position. Gap is encouraging shoppers to wear masks, but not requiring it – something some shoppers see as permission to go mask-free in the store.

“I just keep in mind that, [if I] get sick, I might be good to go, but my parents will not bounce back the same way,” the Gap employee said. “I don’t want to be a health hazard to them.”