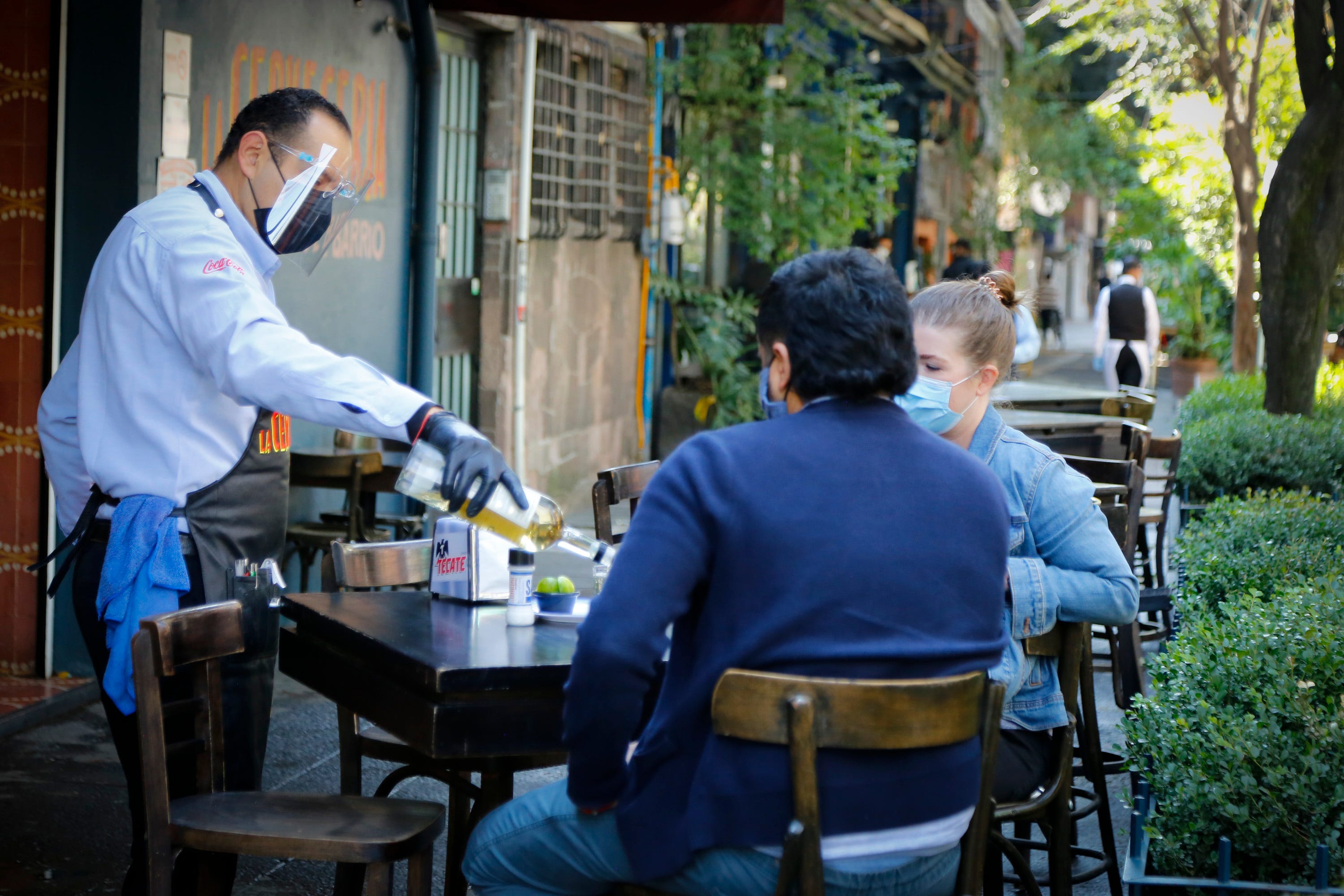 Restaurants are getting a sales boost thanks to the recent round of stimulus checks sent to some Americans, but the uptick could be short-lived with dining restrictions still in place as the coronavirus pandemic drags on.

The $US900 billion coronavirus aid package, which included $US600 stimulus checks for eligible adults and children, resulted in a short-term increase in sales for some restaurants as some people used their stimulus money to dine out, according to the Wall Street Journal.

Restaurant monthly sales fell 19.5% in 2020 compared to the year prior, according to data from the Department of Commerce.

Read More: Panera hopes ‘Virtual Catering’ will win back major clients and revive its part of the $US60 billion industry

The second round of checks contributed to a 6.5% increase in sales in January compared to December, the Tampa, Florida-based owner of restaurant chains that include Beef ‘O’ Brady’s and The Brass Tap Chris Elliot told The Wall Street Journal.

Read More: Restaurants are buying less food than before the pandemic as they struggle to stay afloat

“Anytime the government provides a direct stimulus by putting cash into the hands of the consumer, it’s good for the economy in general, and it typically provides a nice boost to the restaurant industry,” Jack Hartung, Chief Financial Officer at Chipotle told Business Insider in an emailed comment. “We’re pleased to see that our government provided this assistance, as it helps people and businesses who have been hurt financially by the pandemic.”

In early January, TGI Friday’s daily sales increased by around 20% compared to the weeks prior after consumers received their stimulus checks, CEO Ray Blanchett told Bloomberg.

“Folks that are the most vulnerable in our society — this gives them a little bit of relief,” Blanchette told Bloomberg. “They sort of want to get out and treat themselves.”

Read More: 85% of independent restaurants may go out of business by the end of 2020, according to the Independent Restaurant Coalition

The uplift in sales may not last long as restaurants struggle to remain afloat amid the pandemic. The current dining restrictions are meant to help slow the spread of the virus that has caused 17% of over 110,000 restaurants nationwide to close permanently or long-term, according to a letter sent to Congressional leadership by the National Restaurant Association.

Restaurant chains saw a 3% to 12% sales boost in April when the first round of stimulus checks were sent out. But the increase in sales disappeared quickly, according to industry research firm Revenue Management Solutions, the Wall Street Journal reported.

Read More: These 38 retailers and restaurant companies have filed for bankruptcy or liquidation in 2020

Olive Garden, Outback Steakhouse, and Texas Roadhouse posted an uptick in sales in the third week of April when the stimulus was released, but it was short-lived, lasting around one week, according to a report by Gordon Haskett Research Advisors.

Restaurant owners have been calling for federal funds and financial relief to cope with the financial strains caused by the pandemic. This month, Joe Biden called for a $US1.9 trillion stimulus plan for economic recovery.

Read More: 12 restaurant chains have filed for bankruptcy in 2020 in the wake of the pandemic