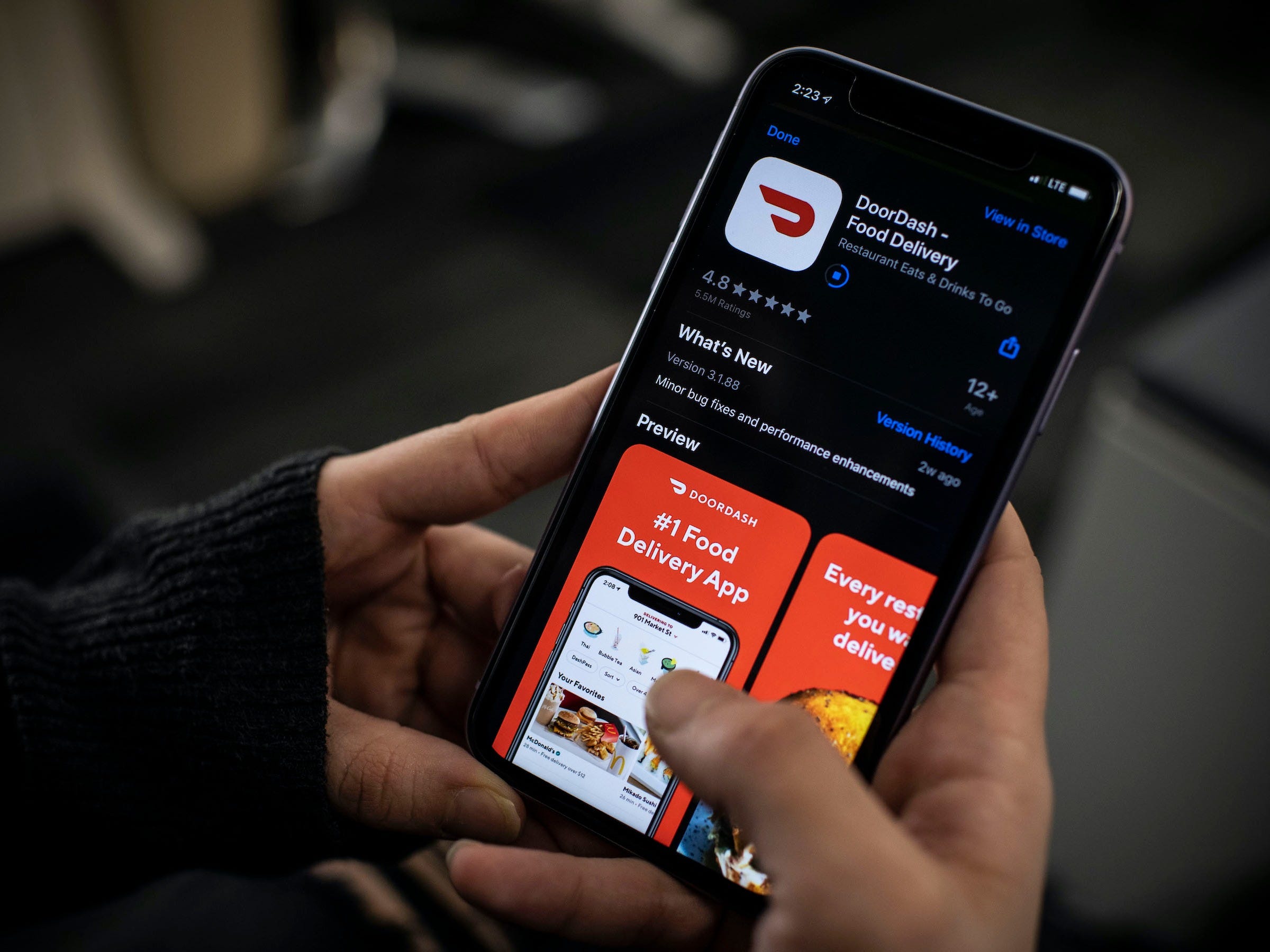 Eric Baradat/AFP via Getty ImagesRanjan Roy and his friend expected Doordash to catch onto them at any moment. Doordash never did.

On Sunday, financial services and digital media executive Ranjan Roy published a widely-circulated post on Margins, the technology and business newsletter he runs, along with product manager Can Duruk. Roy, a former trader, revealed that he and a friend had discovered a loophole last year that had enabled them to profit by ordering from the friend’s restaurants through Doordash.

Roy’s unnamed friend contacted Roy one day in March 2019 asking if he’d heard of Doordash. The friend had been noticing an uptick in customers calling in and complaining about the pizzas they’d had delivered. But none of his restaurants offered delivery, either in-house or through third-party platforms.

The friend realised that Doordash had created a listing for his restaurants without his consent or knowledge, and was taking delivery orders for them. The friend also noticed that Doordash’s listing charged $US16 for pizzas that cost $US24 on the restaurants’ menu.

This is where Roy saw an opportunity. If Doordash charged $US16 but paid $US24 to the restaurant, couldn’t the restaurant make money by ordering from itself?

“My friend, as a small business owner, insisted a valuable company worth billions could not possibly make mistakes like this. I insisted, with a company like Doordash, it was the opposite. So we wanted to just try it out,” Roy told Business Insider.

Roy and his friend put that theory to the test. First, they used Doordash to order 10 pizzas, costing them $US160.

“A Doordash call centre then called into his restaurant and put in the order for those 10 pizzas. A Doordash driver showed up with a credit card and paid $US240 for the pizzas,” Roy wrote in the post. Since each pizza cost the friend around seven dollars to make, he ended up making only $US10 from the order.

Then, Roy and his friend decided to see how far they could take this game. Again, they ordered 10 pizzas, this time for just dough with no toppings. With this new reduction in costs for the restaurant, Roy’s friend made $US75. Roy and his friend repeated this experiment several times over the course of the next few weeks, expecting Doordash to catch on at some point. Doordash never did.

“I had visions of building a network of restaurateurs all executing this strategy in tandem, all drinking from the Softbank teat before the money ran dry, but went back to work doing content strategy stuff,” Roy wrote.

Roy and his friend later found out that this apparent inefficiency in Doordash’s system was part of an advertising-related “demand test” with a non-partnered listing. In demand tests, Doordash takes a restaurant’s data, creates a listing for the restaurant on its platform without the restaurant’s knowledge, and starts fulfilling delivery orders for it without charging it a commission. At the end of the test, Doordash presents test data to the restaurant owner, and voilà! The restaurant is wooed by the potential for sales and signs up for Doordash’s services.

Doordash did not respond to Business Insider’s request for comment on this story.

Doordash’s demand test didn’t quite succeed in this case. And Roy emphasised that his and his friend’s experiment only worked because Doordash wasn’t taking commissions for the orders and had priced the pizzas incorrectly on its site. For any other restaurant owner looking to game the third-party delivery system, Roy’s strategy is most likely off the table.