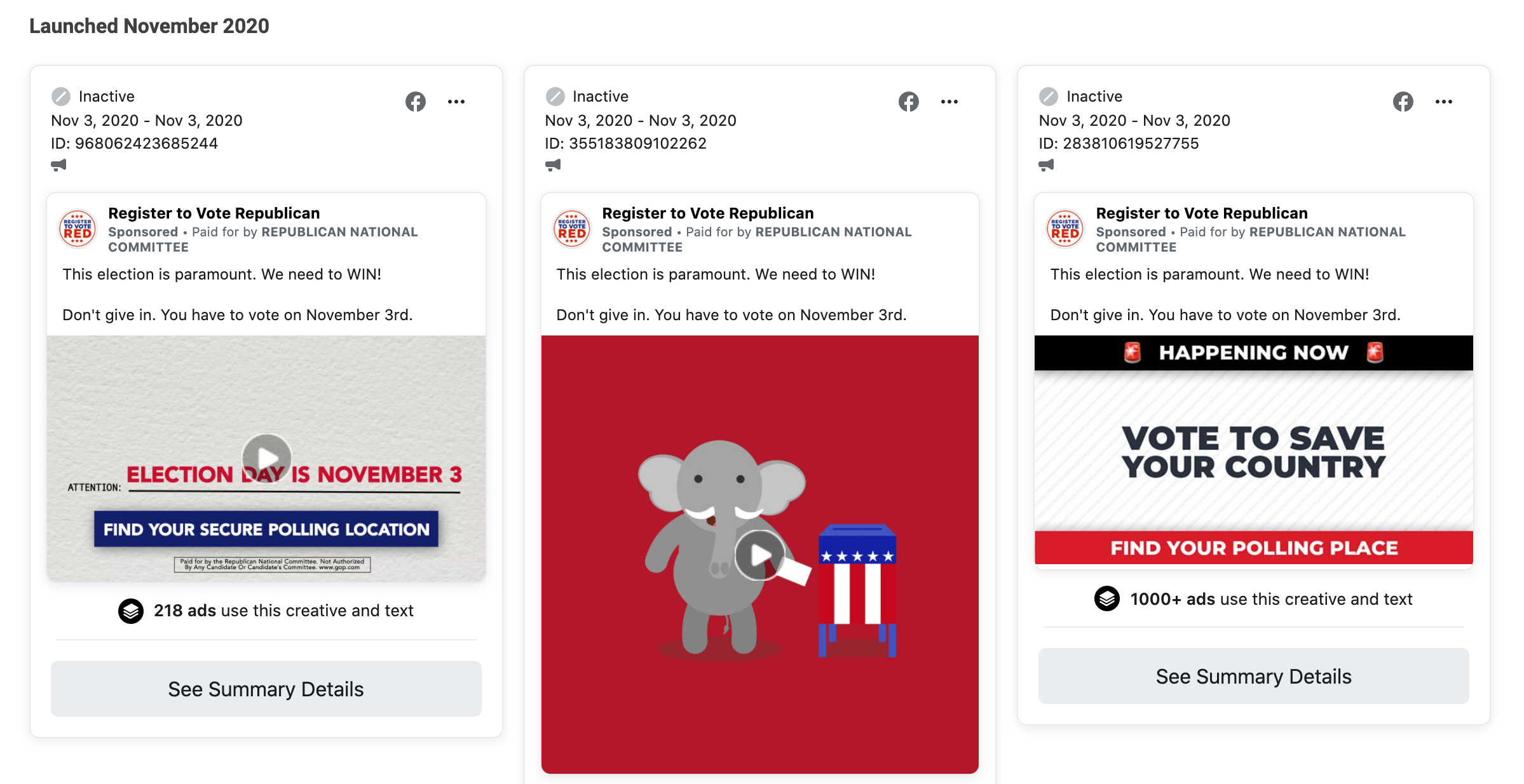 FacebookA handful of examples of ads run by the Republican National Committee on Facebook in the week before the election.

In the run up to the 2020 presidential election, Facebook instituted new advertising policies aimed at political campaigns.

One new rule was specifically intended to protect Facebook from moderation issues: No new political ads would be accepted in the seven days leading up to the November 3 election.

Instead of being potentially swamped at the last minute by political ads that required scrutiny before publishing, Facebook gave itself a buffer â€” but that didn’t stop existing political ad campaigns from boosting their signal and recalibrating their targeting all the way up to Election Day.

The Republican National Committee, for instance, was able to pour millions of additional dollars into its existing get-out-the-vote and voter registration campaigns. Facebook’s ad library data, first spotted by the MIT Technology Review, demonstrates how the RNC not only boosted its campaigns right up to Election Day itself, but also re-targeted its advertising to key battleground states like Michigan, Georgia, and Pennsylvania.

The company has faced scrutiny from both Democrats and Republicans over its handling of political ads, with members of both parties accusing Facebook of censorship. Facebook CEO Mark Zuckerberg spent years defending the company’s policies on political advertising. He refused to let Facebook fact-check politicians, and he argued that it was protected free speech.