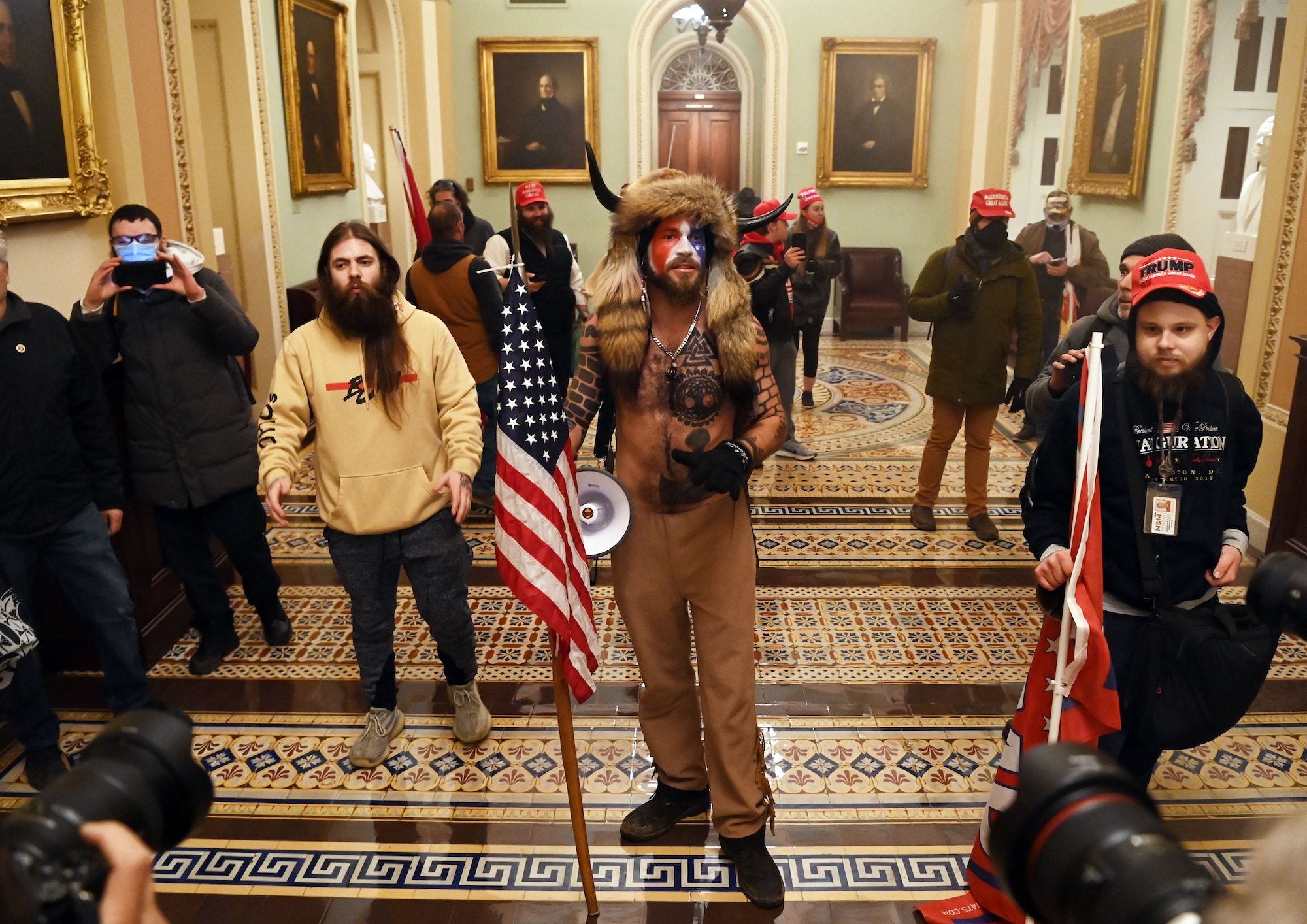 The riot on the US Capitol was preceded by a rally in support of President Donald Trump’s efforts to overturn the results of the 2020 election.

That rally was attended by Republican lawmakers at the state and federal levels.

Emboldened by Trump’s urges and pleas to protest the results with him, rioters who attended the rally organised an attempted coup. They stormed the Capitol building as lawmakers were meeting inside to certify the election results.

Days after the event, investigations remain ongoing and lawmakers at-large have been standing against the acts of violence demonstrated by the rioters.

At least five people, including one police officer, died. Members of the Proud Boys, which is classified as a hate group by the Southern Poverty Law Centre, were reportedly present.

Upon news that the riot breached the Capitol building, lawmakers began to shelter in place and many evacuated. One quick-thinking Senate aide secured the boxes containing the electoral votes, rescuing them from possible damage.

The vote to certify President-elect Joe Biden went on as planned hours after the riot began. And a day later, Trump said there would be “an orderly transition” on January 20, Inauguration Day.

Trump, however, is not the only Republican facing a swift backlash. Republican lawmakers, who were present at either the rally or riot, are being accused by their own colleagues of having “galvanised domestic terrorists.”

Here are the Republican lawmakers across state and federal levels who were present at Trump’s rally that led to the Capitol siege. 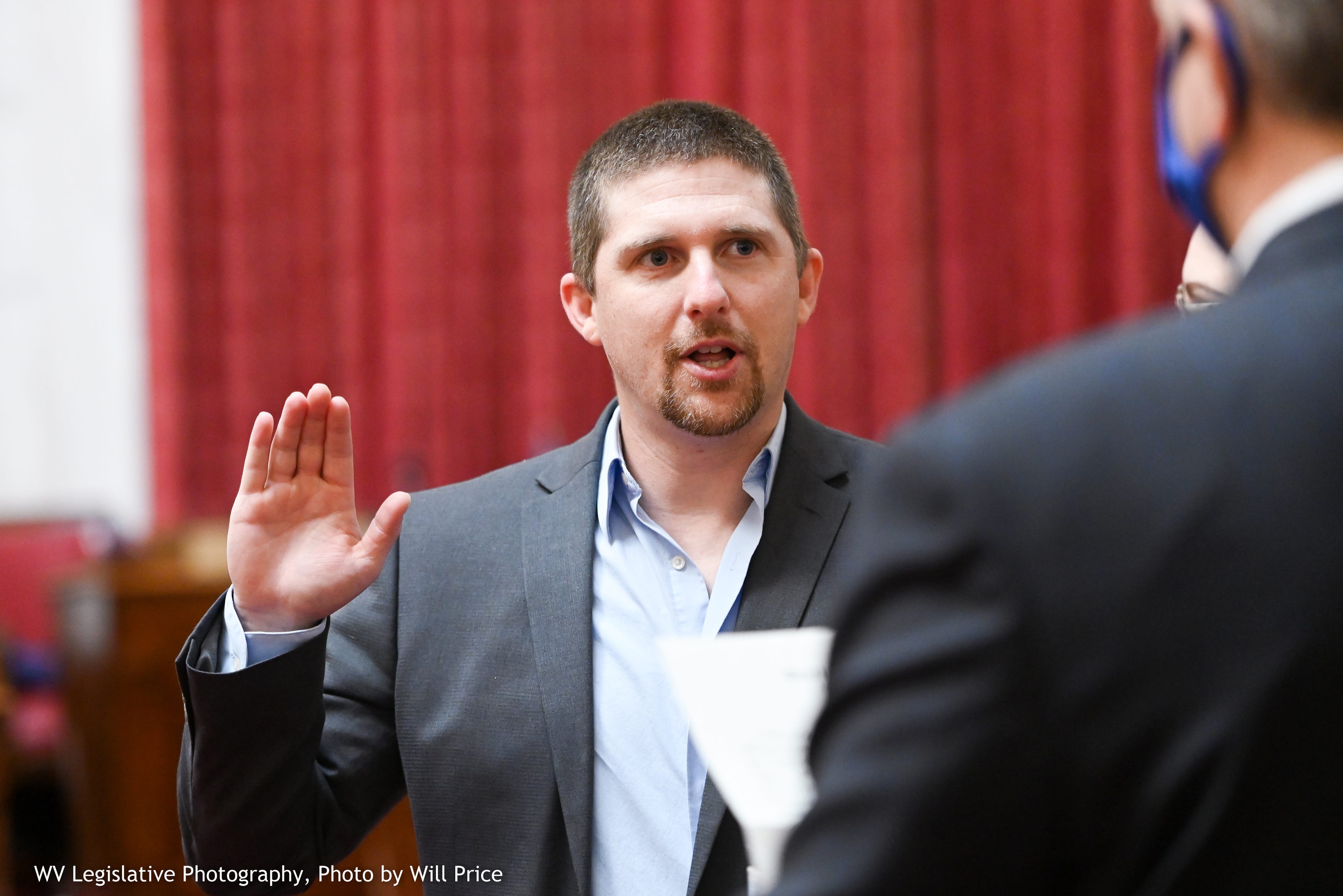 Will Price/West Virginia Legislative PhotographyDerrick Evans, a recently elected delegate from West Virginia, was at the attempted coup.

Newly elected West Virginia lawmaker Derrick Evans streamed a video of himself storming the Capitol building with a mass of rioters.

“We’re in, baby!” he shouted in the video. He also repeatedly shouted Trump’s name and warned others not to destroy property.

After the riot, he said he participated as an “independent member of the media to film history.”

Evans’ participation was condemned by Roger Henshaw, speaker of the West Virginia House of Delegates. “Participating in a violent intentional disruption of one of our nation’s most fundamental political institutions is a crime that should be prosecuted to the fullest extent of the law,” Henshaw told WV Metro News.

Evans resigned from his role on Saturday, days after previously promising that he would not.

“I take full responsibility for my actions, and deeply regret any hurt, pain or embarrassment I may have caused my family, friends, constituents and fellow West Virginians,” Evans said in his resignation letter. 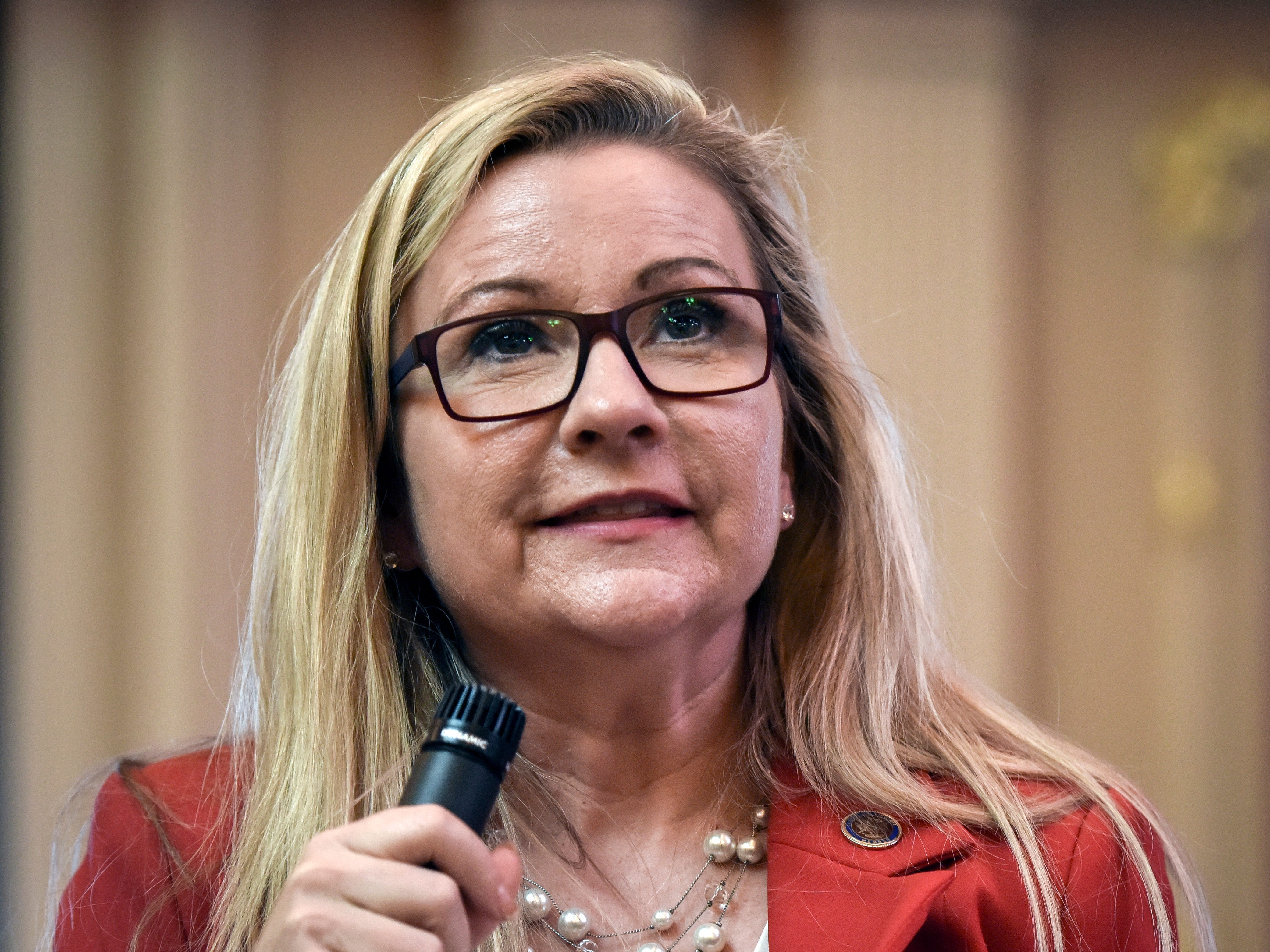 Virginia state Sen. Amanda Chase attended the pro-Trump rally on Wednesday ahead of the riot. She said she left “just in time” before the rioters arrived. But Chase is still facing calls for her resignation for participating in the rally.

“She galvanised domestic terrorists who violated the United States Capitol on Wednesday afternoon through riots, destruction, and desecration, joining them on their march to Capitol Hill,” a statement from the Virginia Democratic Senate caucus said.

After the riot, Chase referred to the Trump extremists as “patriots.”

Missouri Sen. Josh Hawley was photographed raising a fist in solidarity with the rioters outside the US Capitol.

Hawley was the first senator to announce his plans to object to the certification of the Electoral College results in favour of President-elect Joe Biden.

During the riot, Hawley was sheltering in place with his Senate colleagues, who shunned him and left him “in a corner of the room by himself with no one talking to him or acknowledging him,” a source told the Wall Street Journal.

Senate colleague Sherrod Brown has called on Hawley to resign for his opposition to certifying the results.

Hawley “betrayed” his oath of office and “abetted a violent insurrection on our democracy,” Brown wrote on Twitter. 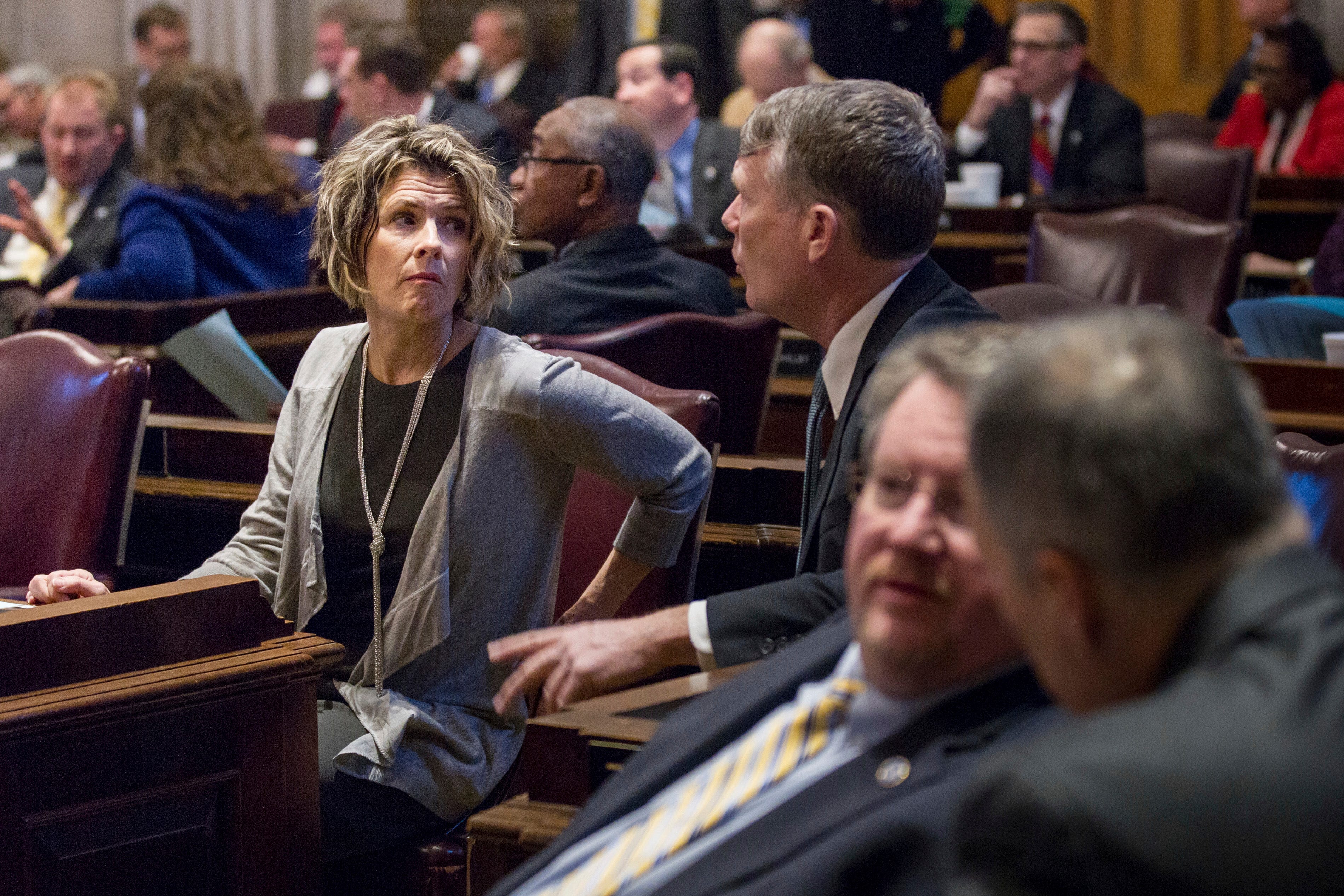 Tennessee State Rep. Terri Lee Weaver posted on Twitter a photo of the riot outside the Capitol building.

“Epic and historic day gathering with fellow Patriots from all over the nation DC,” Weaver tweeted on Wednesday.

Epic and historic day gathering with fellow Patriots from all over the nation DC. #wearearepublic. pic.twitter.com/Vvwa0auyRW

It’s unclear whether Weaver entered the Capitol building along with the other rioters. But she told the Tennessean that she was “in the thick of it” and hadn’t seen any violence.

A petition for her resignation is circulating on MoveOn.org. 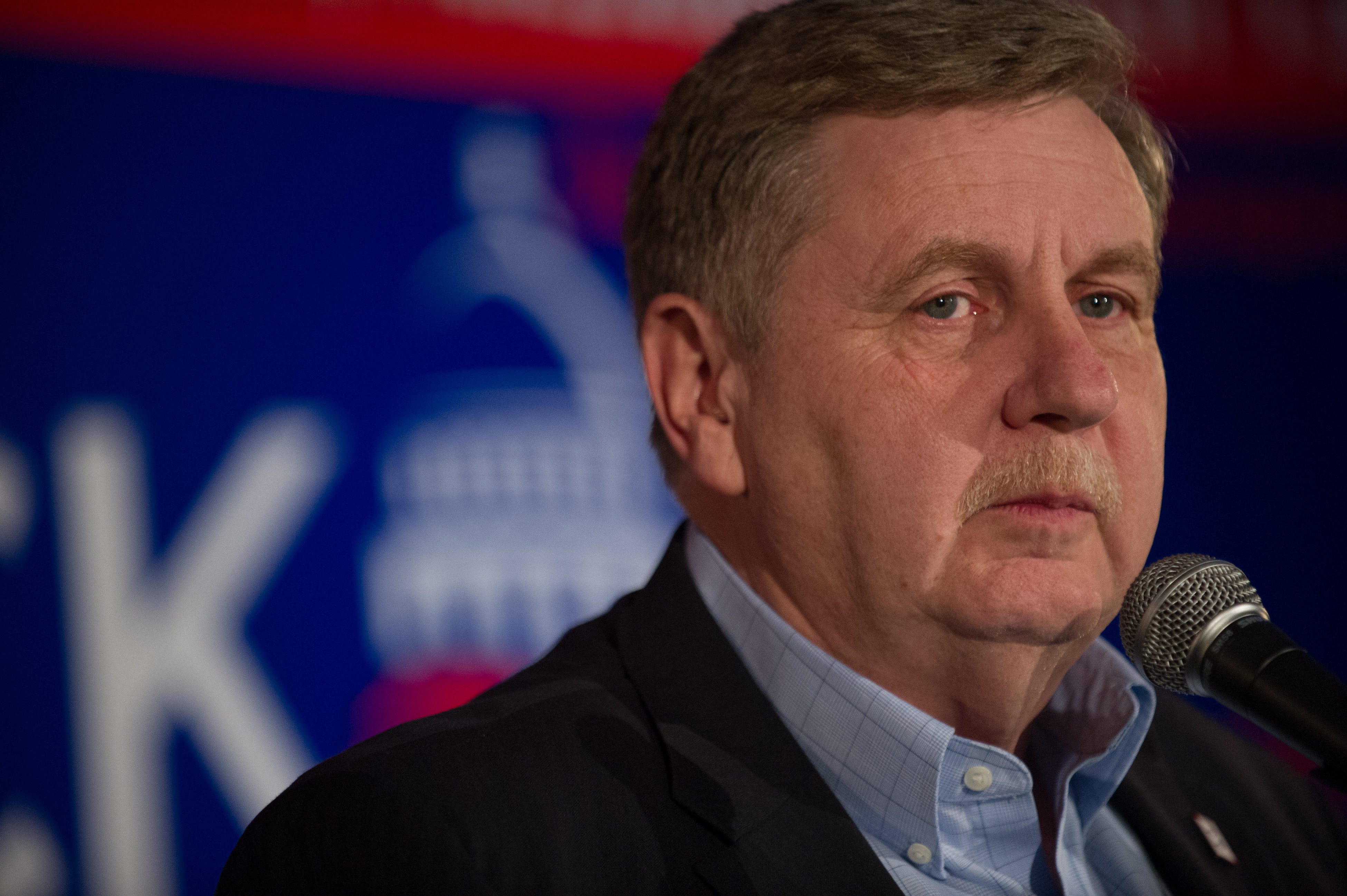 Rick Saccone, a former Pennsylvania congressional candidate, was a participant in the riot.

“We are storming the capitol,” Saccone posted online to Facebook. “Our vanguard has broken thru the barricades. We will save this nation. Are u with me?”

The posts were deleted but are still available online.

Saccone also posted a video in which he said he and the other rioters would “run out all the evil people in there, and all the RINOs that have betrayed our president.”

In the days after the riot, Saccone announced his resignation from his adjunct teaching role at Saint Vincent College.

“I decided to resign for the betterment of the school,” Saccone told local outlets. “I’ve been there 21 years. I didn’t want all this terrible media kerfuffle to tarnish the school. I decided it would be better if I just resigned.” 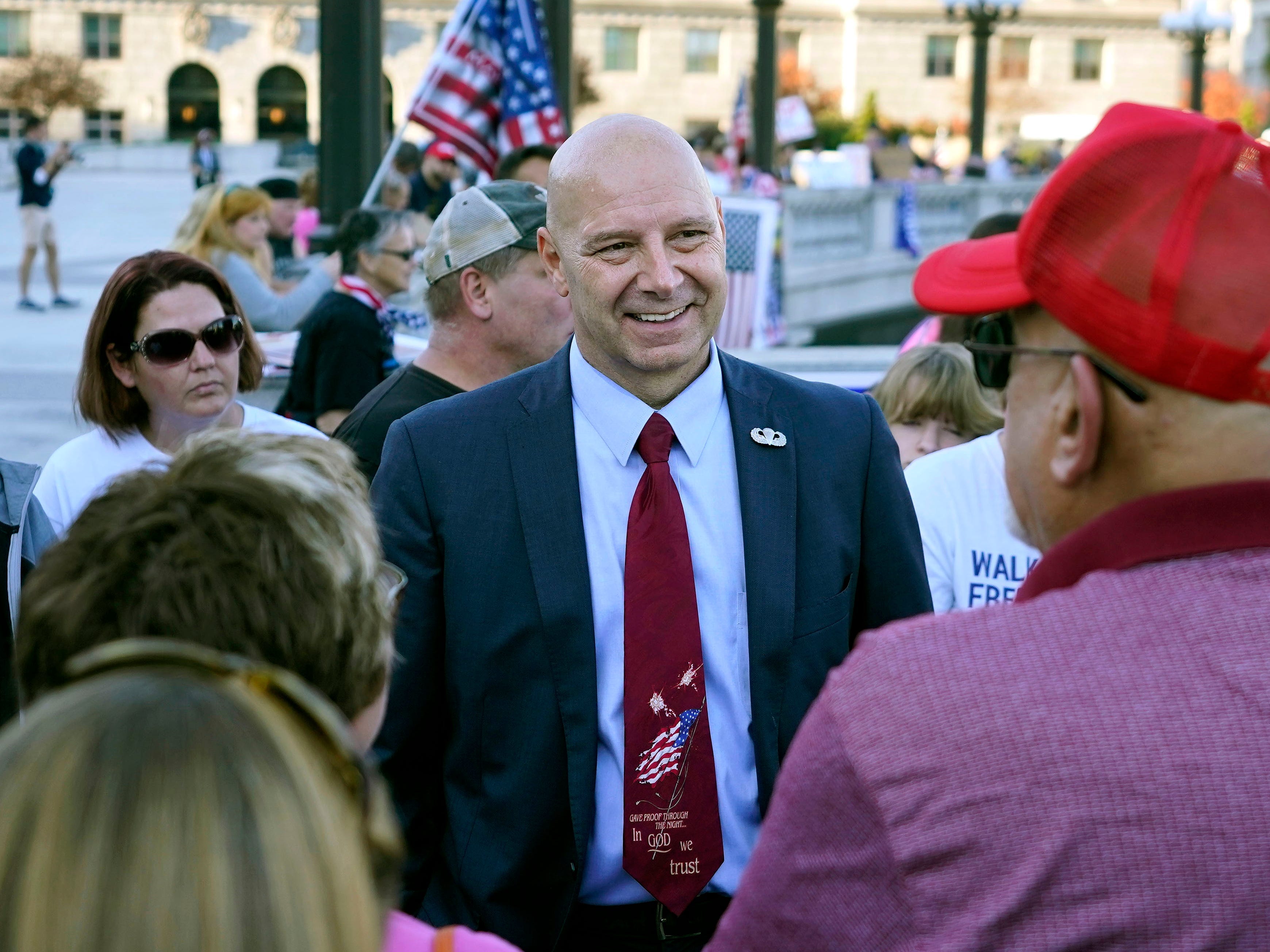 Pennsylvania State Senator Doug Mastriano was photographed with Saccone at the riot.

Mastriano is widely seen as a potential candidate for the state’s 2022 gubernatorial race, according to WESA, an NPR affiliate.

State Senate Democrats are urging Mastriano to resign, according to KDKA, a CBS News affiliate. 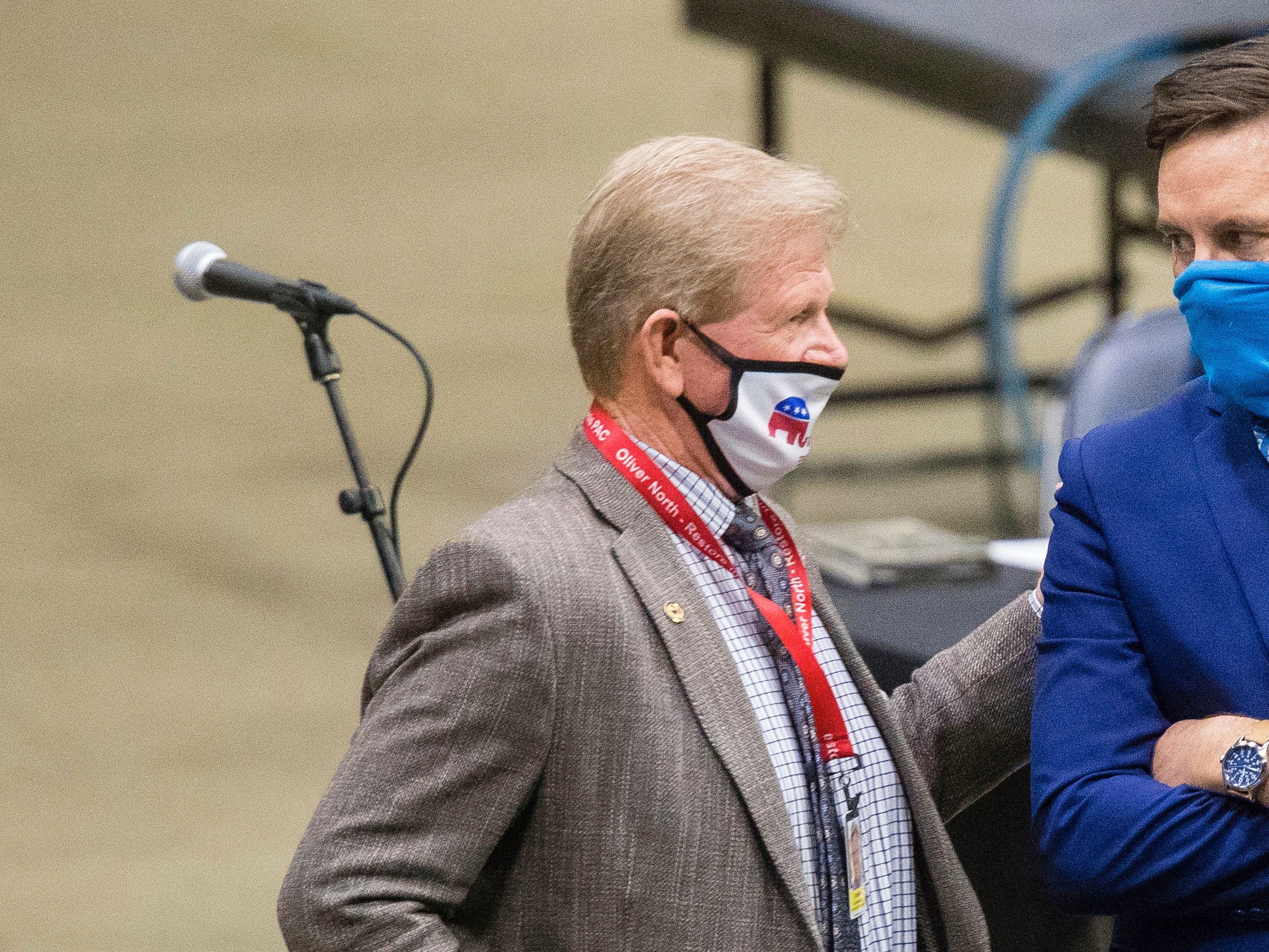 Illinois state Rep. Chris Miller was present at the rally that preceded the riot.

“We’re engaged in a great cultural war to see which world view will survive, whether we will remain a free people, a free market capitalism, or whether they will put us into the tyranny of socialism and communism and the dangerous Democrat terrorists that are trying to destroy our country,” Miller said in a video of him in the crowd at the rally against the 2020 election results. 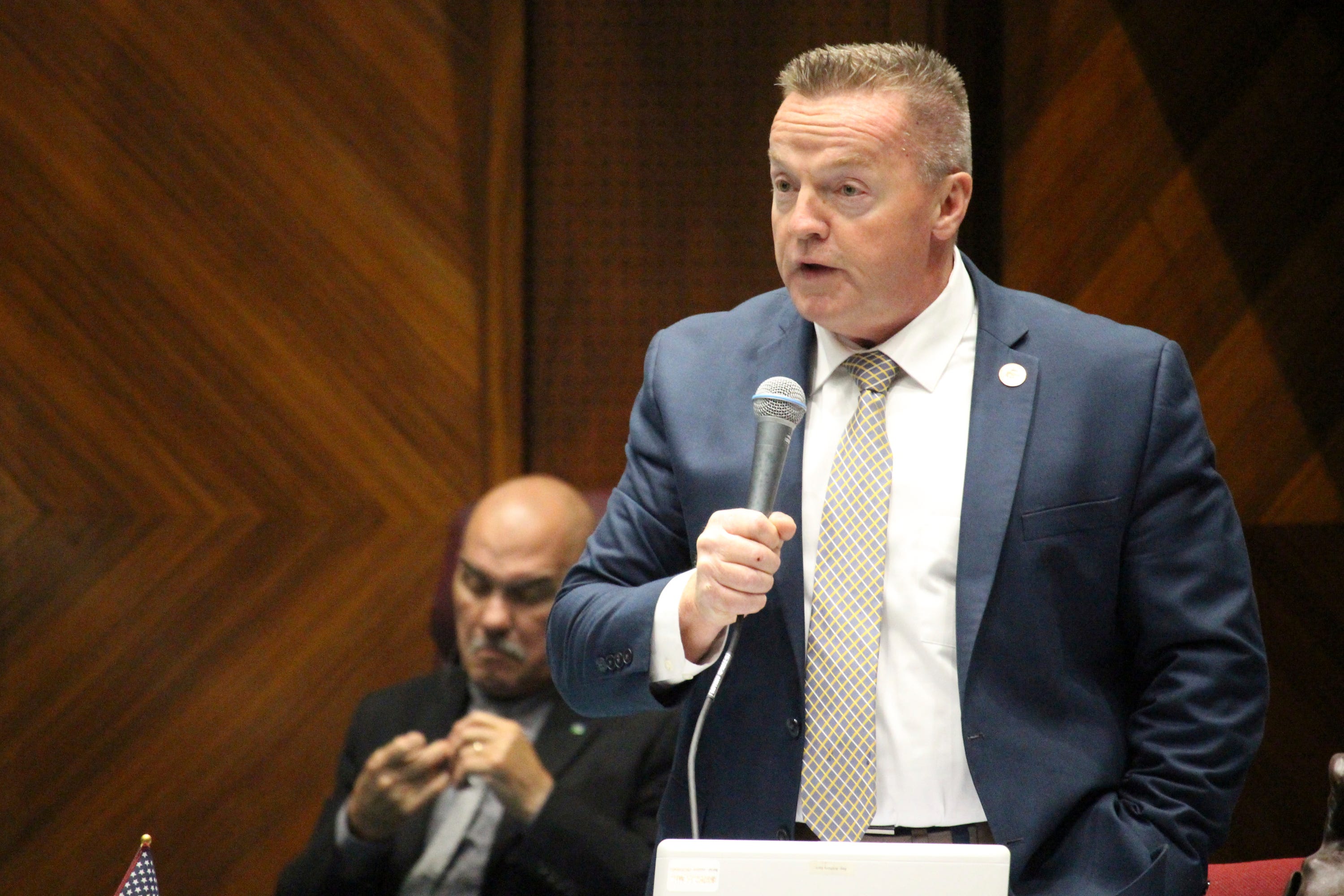 Arizona state Rep. Anthony Kern was in Washington, DC, for the Trump rally just ahead of the riot on Wednesday.

“In DC supporting @realDonaldTrump and @CNN @FoxNews @MSNBC are spewing lies again,” he wrote on Twitter. 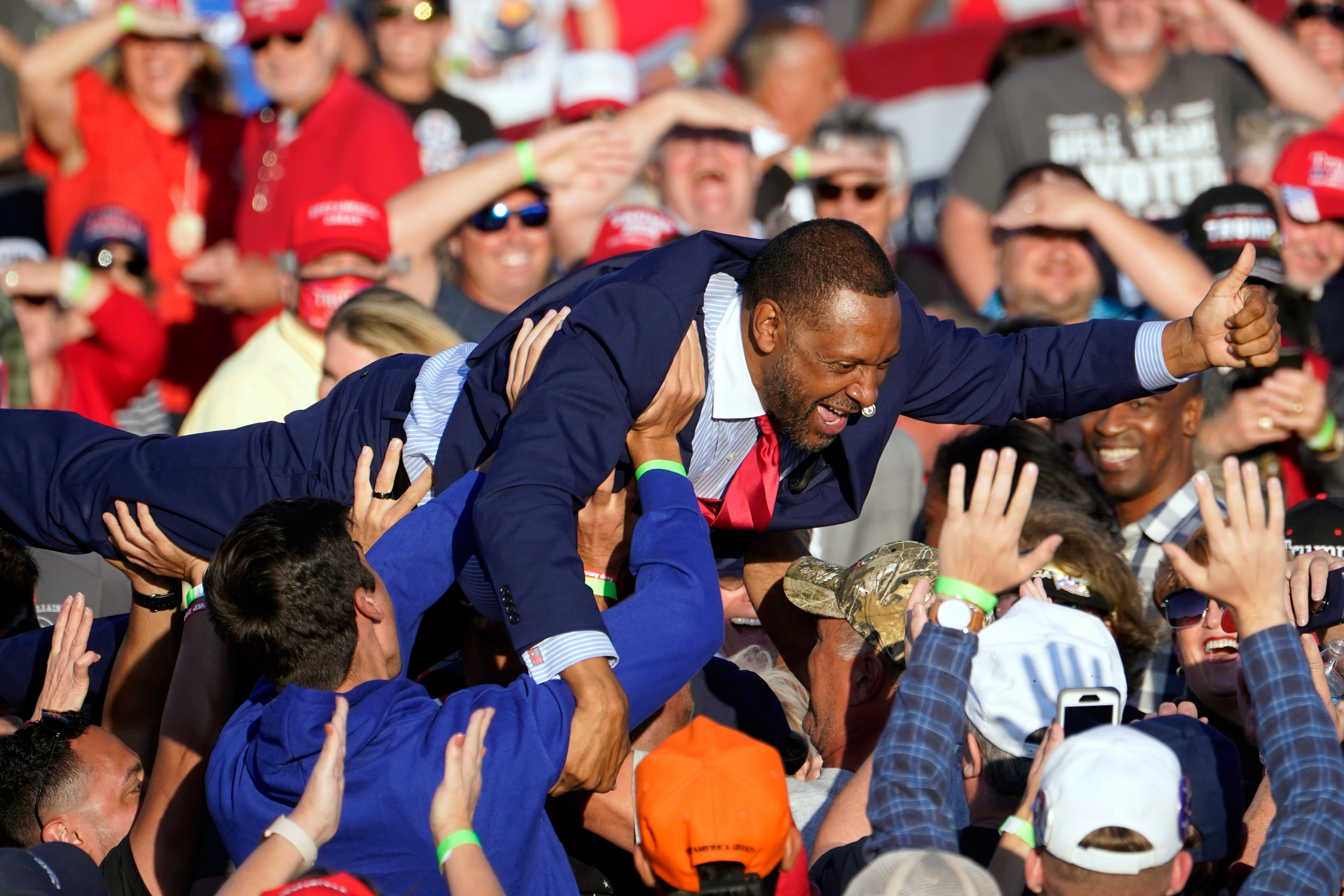 Georgia State Rep. Vernon Jones warmed up the rally crowd ahead of the riot, according to local news reports.

“To the peaceful Patriots who came to our nation’s Capitol today, we can not drown out our message with violence,” he wrote on Twitter, adding a photo of himself before a crowd.

“We are Americans who believe in the rule law [sic] and follow the principles of our constitution.”

Jones was a lifelong Democrat until Wednesday when he said he was joining the Republican Party.

“They don’t know they have awakened a sleeping giant,” he told the crowd.