As online and streaming platforms kill off traditional television, conventions have become more irrelevant than ever 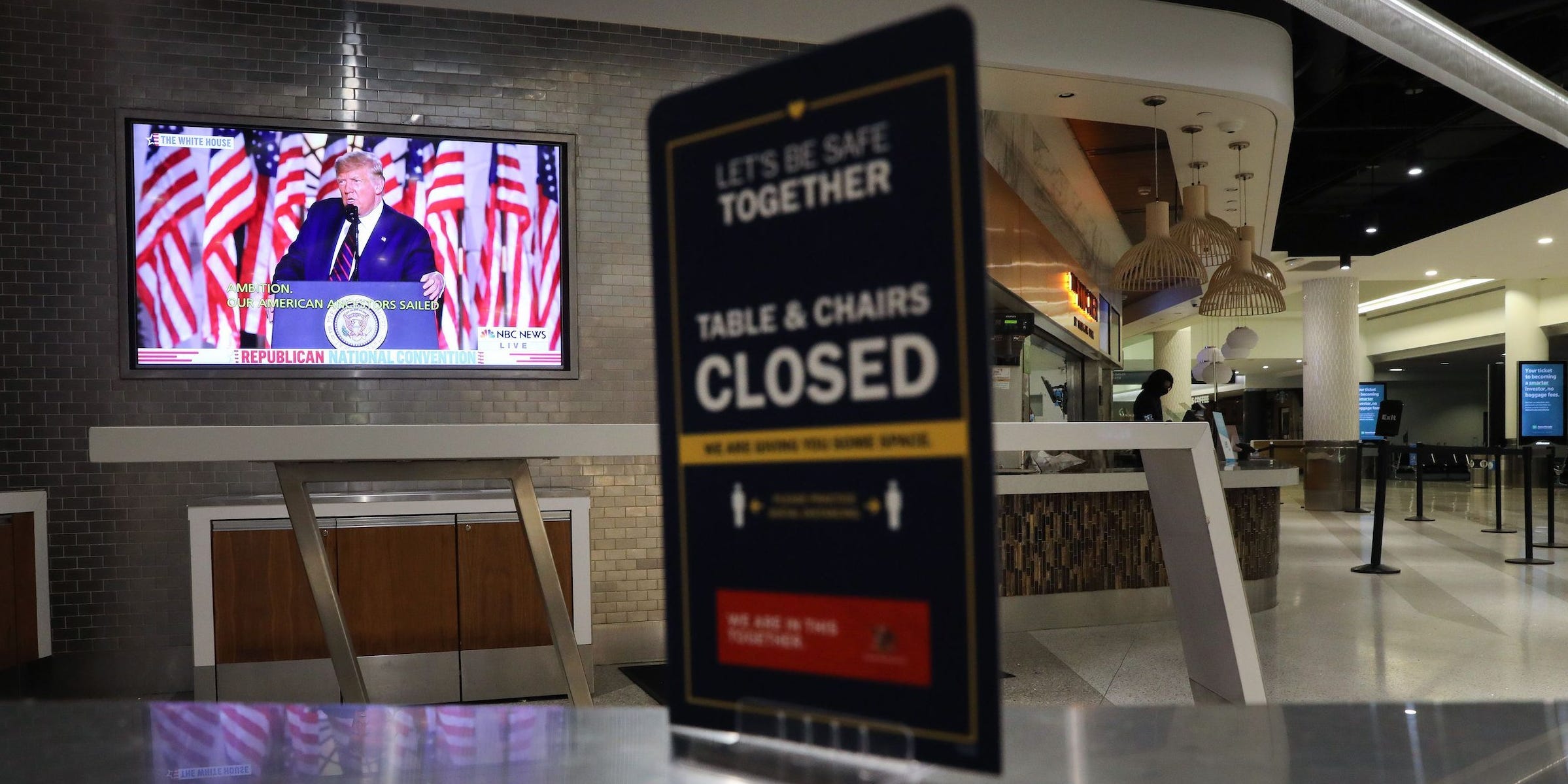 Hemming and hawing over the ratings and polling bumps from the major party conventions every four years is nothing new, but both of them taking place at least semi-virtually during a pandemic and recession is.

The sheer number of programming hours was roughly cut in half by both parties, with Democrats holding a more strictly virtual campaign while Republicans packed the South Lawn at the White House for the biggest speeches last Thursday night, while the rest spoke in front of a cavernous Mellon Auditorium in Washington.

Amid the unusual circumstances, overall viewership on conventional television was down, according to Nielsen’s ratings, considered the gold standard in the TV business.

Yet the numbers following both the Republican and Democratic Party conventions say more about who’s tuned out than who’s persuadable.

Televised viewership of the conventions has been steadily trending down, with both parties seeing a drop this year compared to 2016.

The Democrats outperformed the Republicans on TV each night, according to Nielsen.

Each convention’s final night saw the biggest audience of the week, with the Democrats edging out the Republicans with 24.6 million viewers compared to 23.8 million. 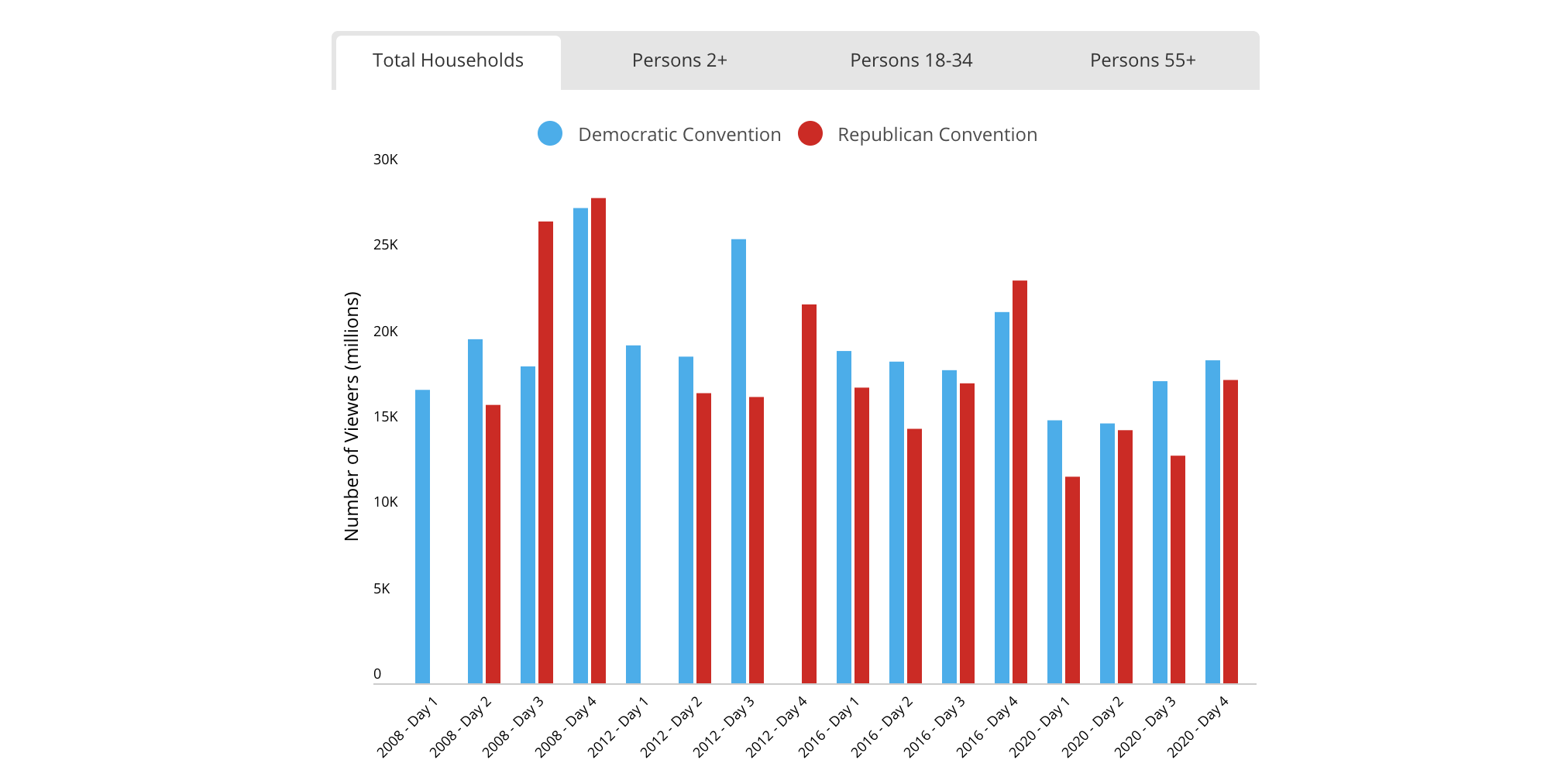 Going beneath those numbers by network, Fox News cleaned up in its convention coverage, particularly during the RNC.

Fox News broke a cable news record for total viewers during a convention on the final night of the RNC when President Trump spoke, averaging 9.2 million in total, according to Nielsen and a breakdown of data from Fox sent to Insider.

On the other nights of the RNC, around 50% of the people watching the convention at all on TV were watching it on Fox News, with the other cable and major networks splitting up the rest, according to Nielsen.

The viewership was more evenly split among the networks during the DNC, and the decline of younger viewers is also a relatively evenly shared dynamic. 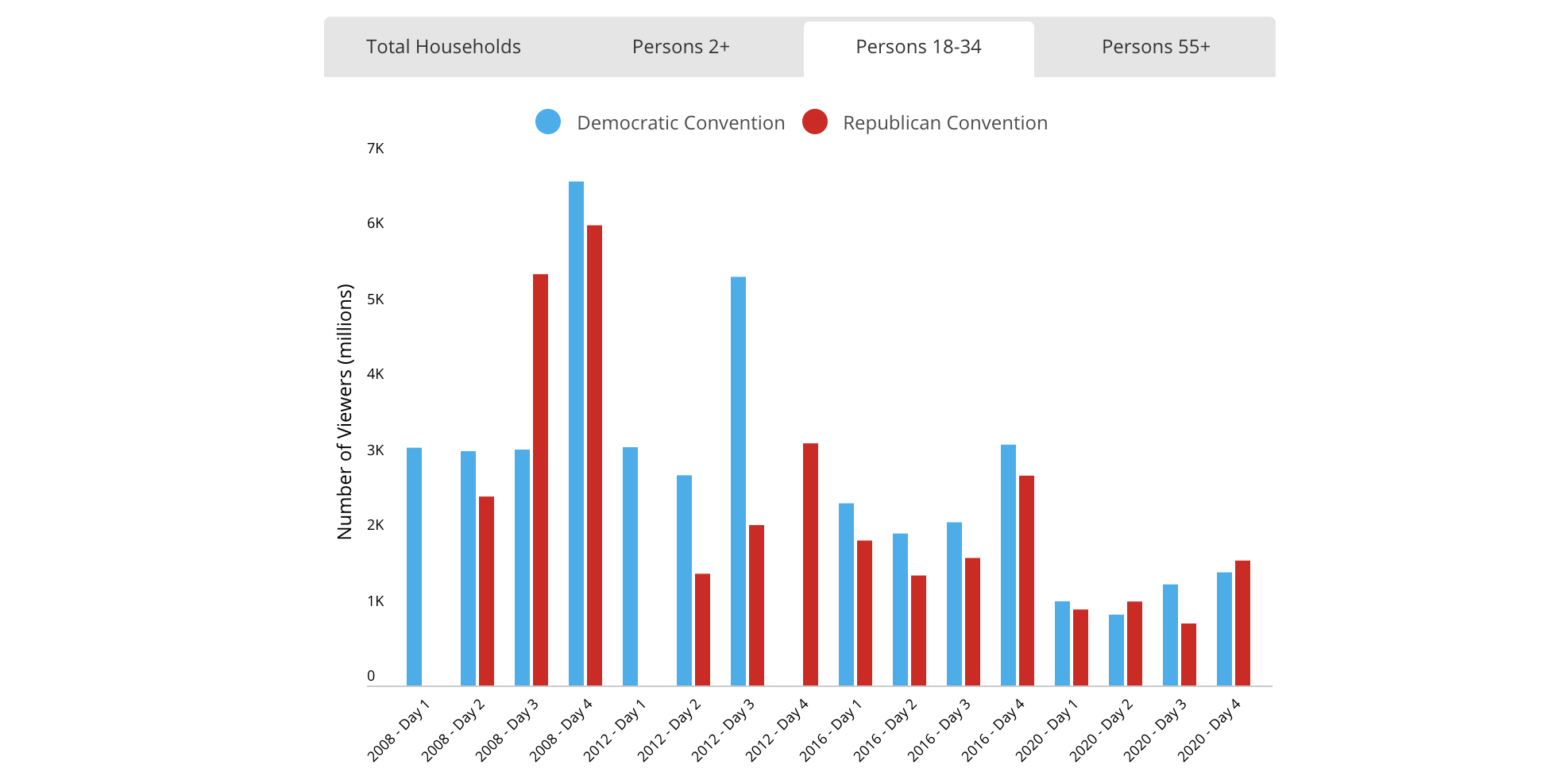 Nielsen 2020 election hubYoung voters have tuned out of the conventions since 2008.

Interestingly, both nights two and four of the RNC this year got more viewers between 18 and 34 than the DNC, with First Lady Melania Trump and President Trump drawing eyeballs in primetime.

What the Nielsen data doesn’t show is how many people are streaming the conventions or tuning out entirely.

When it comes to streaming, it gets a little more complicated.

There is no Nielsen equivalent for capturing online viewership, with major firms like Crowdtangle focusing on a variety of social media metrics but not live viewership of an event split between countless outlets online.

A viral claim that 128 million people watched the RNC’s first night when streaming viewers were included has been debunked, since there is no evidence for that figure and no empirical way to round up the streaming audience into one number.

A new poll from Ipsos shows how positively or negatively viewers found the convention programming, but that still doesn’t account for who tuned out.

How do you get under water approval ratings for your convention? pic.twitter.com/I2gbgEfSyP

However, there is polling out there showing that a sizable number of voters have what’s sometimes referred to as “Trump fatigue,” where they block out the news.

Even by the midterms in 2018, Pew Research found two-thirds of Americans feel “worn out” by the news, and that number hasn’t budged in 2020.

Trump’s tweets have gotten fewer and fewer interactions over time.

So while the convention programming may be geared toward getting out the vote and persuading undecided voters – who break heavily male – using the ratings as a metric for predicting some sort of boost to the campaigns may no longer apply.

Even if it weren’t for the pandemic displacing the pageantry of the conventions in arenas, the modern landscape of people getting their news from disparate clips makes leaning heavily on the Nielsen ratings a risky bet.

Instead, the convention ratings show how much the American monoculture has broken down, and the incalculable amount of people who were not willing or able to make an appointment to watch the parties make their pitch in a televised infomercial.

The fall debates will likely fall to a similar scenario. And if the conventions are any indication, it might be safer to hold off on making any sweeping predictions following a singular televised event, given where American news consumers are by now.