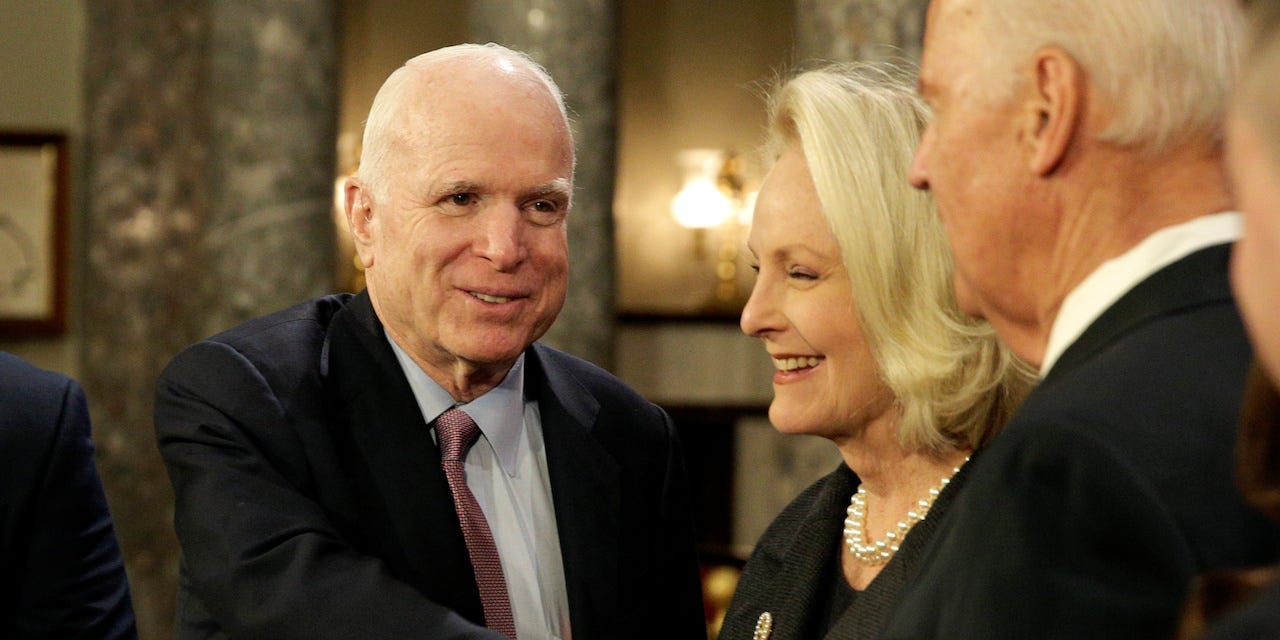 REUTERS/Joshua RobertsSenator John McCain (R-AZ) participates in a mock swearing-in with U.S. Vice President Joe Biden during the opening day of the 115th Congress on Capitol Hill in Washington.

In a clip of the video first reported by the Associated Press, Cindy McCain laughs while recalling her husband’s relationship with the former vice president, which began when Biden was a senator and John McCain was assigned to be his military aide in the 1970s. The men’s families became friendly and picnicked in the Bidens’ backyard.

“They would just sit and joke. It was like a comedy show, sometimes, to watch the two of them,” she says in the prerecorded video.

Of course, the pair faced off in the 2008 presidential election after then-candidate Barack Obama selected Biden to be his running mate.

While the McCain family has long criticised the president, who aggressively attacked John McCain even after his 2018 death following a battle with brain cancer, Cindy McCain’s decision to speak at the Democratic convention is remarkable.

This also comes after Cindy McCain said she had “no intention of getting involved in presidential politics” in April 2019, even after calling Biden “a wonderful man and a dear friend of the McCain family.”

Both Biden and Obama delivered speeches at John McCain’s funeral, which Trump was not invited to attend.

Trump infamously attacked the former Vietnam prisoner of war “because he was captured.”