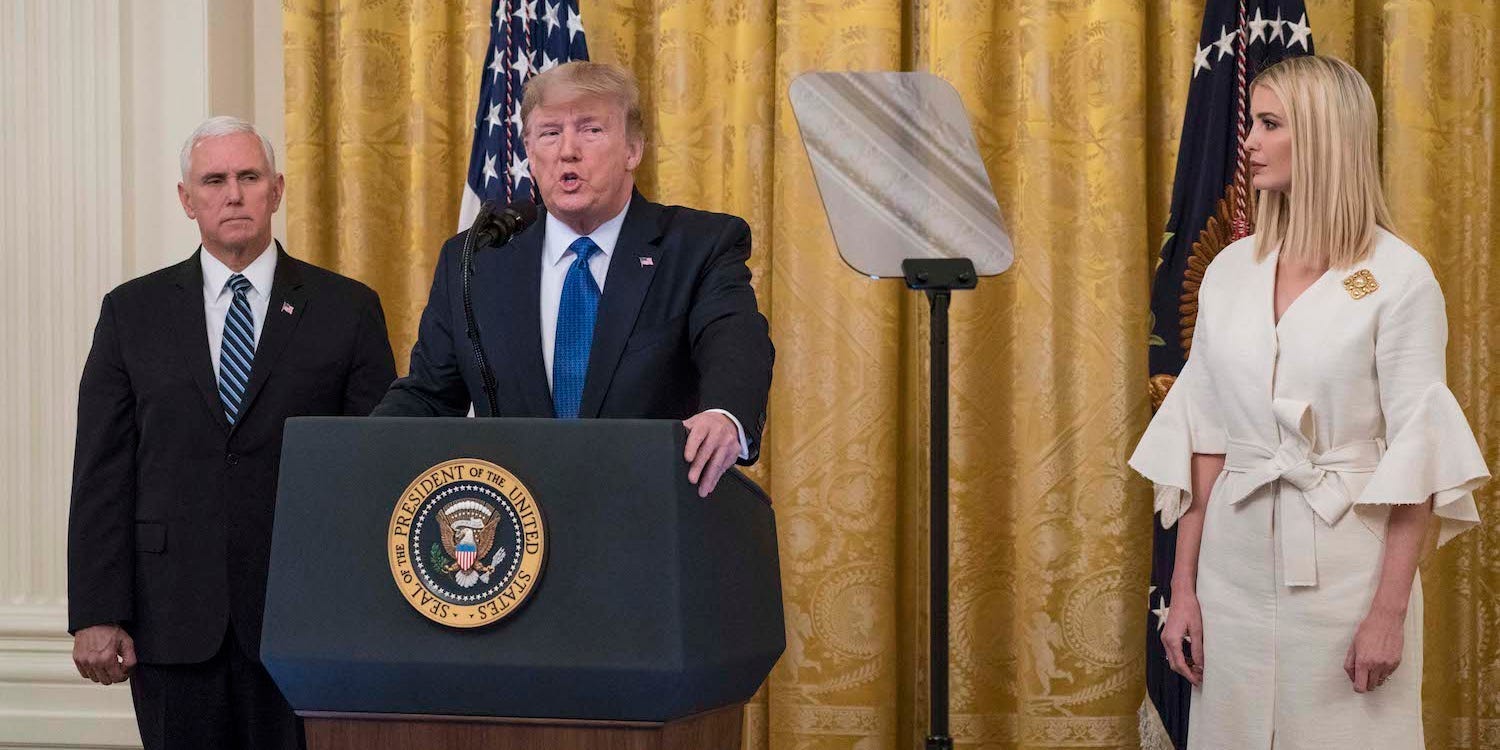 A growing rift had emerged between the two leaders after Trump had publicly denounced Pence and encouraged a mob of his supporters to storm the Capitol and stop the vice president from verifying the election results.

Trump’s daughter, Ivanka, who had been appointed a senior White House adviser by her father, sought to reconcile the two men and acted as go-between, encouraging her father to reach out to Pence, two people familiar with the planning said.

Five days after the January 6 insurrection, it was reported that Trump had met with the vice president in the Oval Office for the first time to address what had happened.

At the time, reports described the 90-minute-long meeting as “friendly” and stated that Pence wanted to focus on what he and Trump saw as the administration’s wins.

But according to several people familiar with the encounter, the conversation was actually a lot more “stilted” and “uncomfortable,” the Post reported.

Trump’s son-in-law Jared Kushner, who reportedly also helped arrange the meeting, later even jokingly compared it to his efforts at brokering peace in the Middle East, a person familiar with his comments told the Post.


Read more:
How Trump’s Senate trial could end with a vote to ban him from ever holding federal office again and kill any chances of a 2024 run

The report comes after this week’s Senate impeachment trial, presented new evidence that showed Trump was more aware of the danger posed to Pence during the Capitol riots than was previously known.

During the trial on Wednesday, Democrats also showed Pence’s video footage getting rushed to safety after rioters breached the Capitol building. In the video, a military aide, seen following Pence, is carrying a “nuclear football.”

The relationship between Trump and Pence is unlikely ever entirely to heal, a source close to Pence told the Post. The two have only spoken once since President Joe Biden was inaugurated, the source added.

While the former vice president is said to be “frustrated” with what Trump did, he plans to remain loyal and not speak publicly about their relationship. According to this source, Pence also does not share the same anger that many former aides have toward Trump.

Pence plans on staying out of the spotlight for a few months, likely respecting the unofficial practice of giving a new administration some time and space.

Trump is currently facing an impeachment trial in the Senate for a charge of “incitement of insurrection” for his role in the January 6 Capitol attack.

Both the impeachment and defence teams have already completed their arguments, and Senators could vote as early as Saturday.