Late last night, Vic Lombardi, a sportscaster with CBS4 in Denver, sent out a few notes on Twitter indicating that Peyton Manning may be close to signing with the Denver Broncos…Just heard from my peoples. Broncos now 95% confident he’ll sign with Denver. Their number, not mine.

Their confidence seems to have spiked after Manning called the Broncos last night after meeting with the Arizona Cardinals on Sunday afternoon. Chris Mortensen and Adam Shefter reported earlier in the day that Manning was most likely going to sign with either the Cardinals or the Broncos.

But after sending out his initial message on Twitter, Lombardi appeared to back down just a tad…

Broncos want to be respectful of the process. Not going to tweet any more numbers. Let’s sit back and wait.

Lombardi never retracted his initial report. It sounded more like he leaked something that the team didn’t want leaked. Obviously nothing is done until Manning signs a contract, but at this point, it is looking more and more like he will be the Denver Broncos quarterback in 2012. 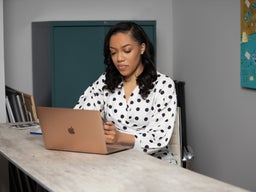