ReplyBuy, which launched its service less than a year ago, lets fans purchase tickets with a simple text message reply.

Nearly 30 professional and college teams are already using ReplyBuy, which on Friday inked a new deal with the NFL’s San Francisco 49ers and their high-tech home field at Levi’s Stadium. That follows a similar partnership announced earlier this month with the NBA’s Boston Celtics.

Here’s how it works: After a fan signs up for ReplyBuy and submits credit card information, teams can create individual “campaigns” directed at specific fans who receive a text message with an offer. If said fan wants the ticket, he or she can reply with “Buy.” Seconds later, ReplyBuy bills the credit card on file and immediately sends a link that lets the fan download a mobile ticket on their smartphone. 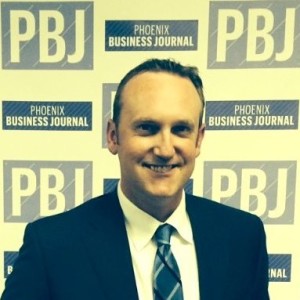 ReplyBuy works directly with the primary ticketing platform each team uses, like TicketMaster, for example. This reduces the amount of work for the teams, which only need to convince fans to sign up for ReplyBuy and enter their payment information once.

Teams also have access to a dashboard that analyses the success rate of a given “campaign.” ReplyBuy takes a percentage of each transaction sold via its platform.

The service is catching on quick. Sports Business Journal notes how the NBA’s Los Angeles Clippers sold $US7,000 in tickets for a game in January after sending a text to 2,500 fans who signed up for ReplyBuy.

Manley calls ReplyBuy a “conversational commerce platform” that removes friction from someone making a mobile purchase.

“Digital wallets are great, but the question is, where do I use them and how do they become applicable?” he explained. “There’s also a lot of app fatigue, social media fragmentation and email overload. The platform we created is a result of solving those problems.”

The startup, based in Scottsdale, Ariz., originally launched four years ago but only began focusing on the sports market toward the end of 2014. Manley said his team plans on expanding into other verticals, too, given its’ traction with sports franchises.

ReplyBuy is certainly an interesting case study on a company that’s found success utilising a more traditional form of communication — text messaging — in a world currently dominated by mobile apps. Manley said it’s all about creating an easy way for fans to buy tickets with “an app that comes pre-installed in four billion devices.”

“It all comes back to engaging fans in a meaningful way, cutting through the noise and starting a conversation with a simple text,” he said. “We want to remove the barrier for them to buy something. With traditional channels like email or apps, there is a lot of noise out there. This is an efficient process for teams to engage with fans, and fans love it because it’s simple.”