'I have a lot riding on this': Regina King on turning down famous actors who didn't want to audition for 'One Night in Miami' and hiring a non-'white male' crew 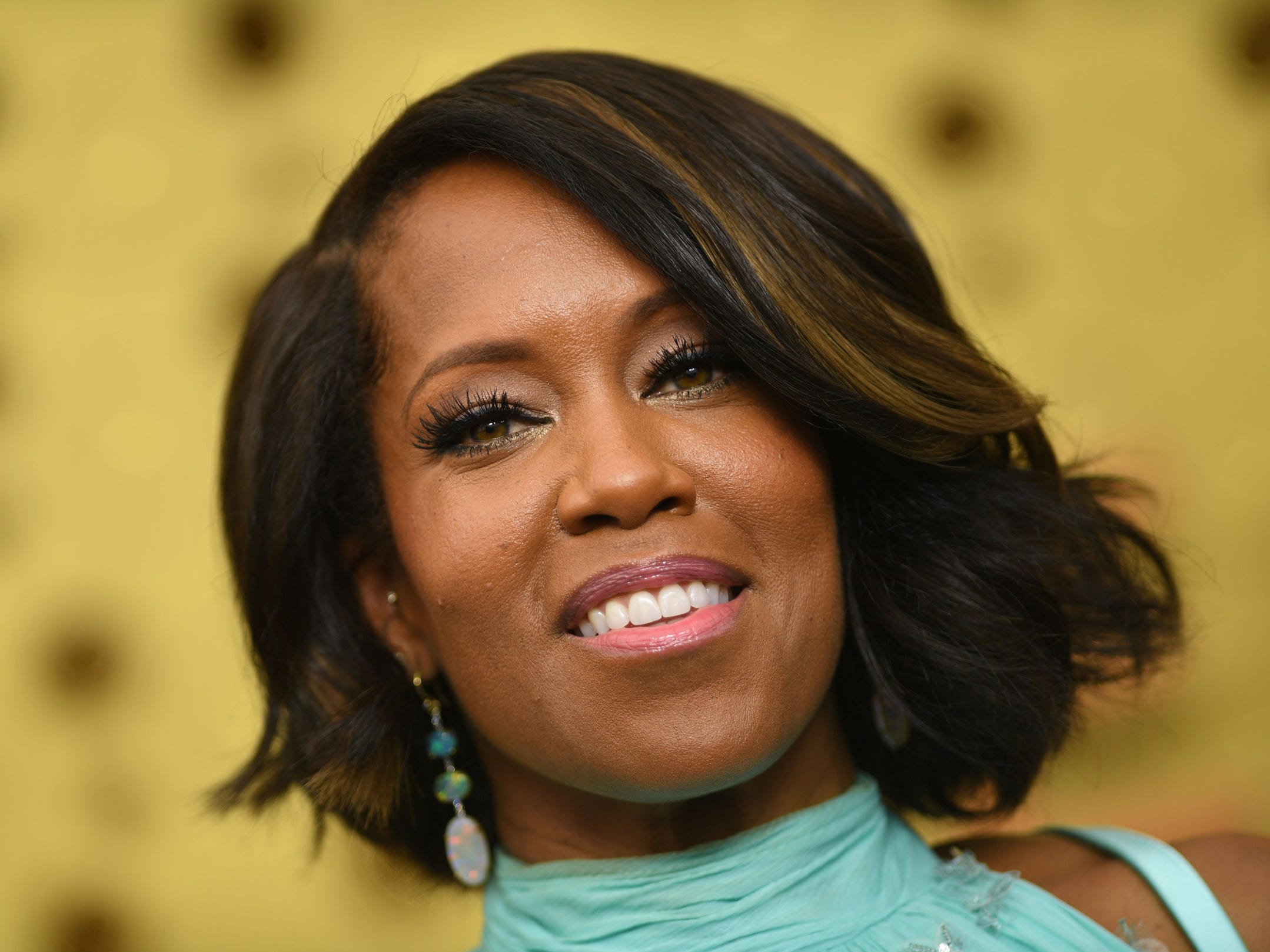 Regina King has conquered Hollywood as an actor after winning an Oscar and an Emmy in the last two years, even though she’s been in the game since she was a child actor. Now she’s gunning for recognition as a director with her feature film debut, the acclaimed “One Night in Miami.”

Based on the stage play by Kemp Powers, who also wrote the movie’s screenplay, we follow the fictitious meeting of Civil Rights icons Malcolm X (Kingsley Ben-Adir), Cassius Clay (Eli Goree), Jim Brown (Aldis Hodge), and Sam Cooke (Leslie Odom Jr.) in a Miami hotel room following the fight that put Clay on the path to becoming Muhammad Ali in the 1960s.

The movie has gained Oscar consideration thanks to its powerful performances that showcases how each man is dealing with the ever-changing world in which they’re living. The buzz makes sense since at the helm is someone of King’s skilled acting stature.

But getting the movie to meet her high standards wasn’t easy.

King spoke with Insider over Zoom earlier this week about how she turned down famous actors from being in the movie because they wouldn’t audition and how she’s evolved her vow to hire 50% women on her movies to be even more inclusive. 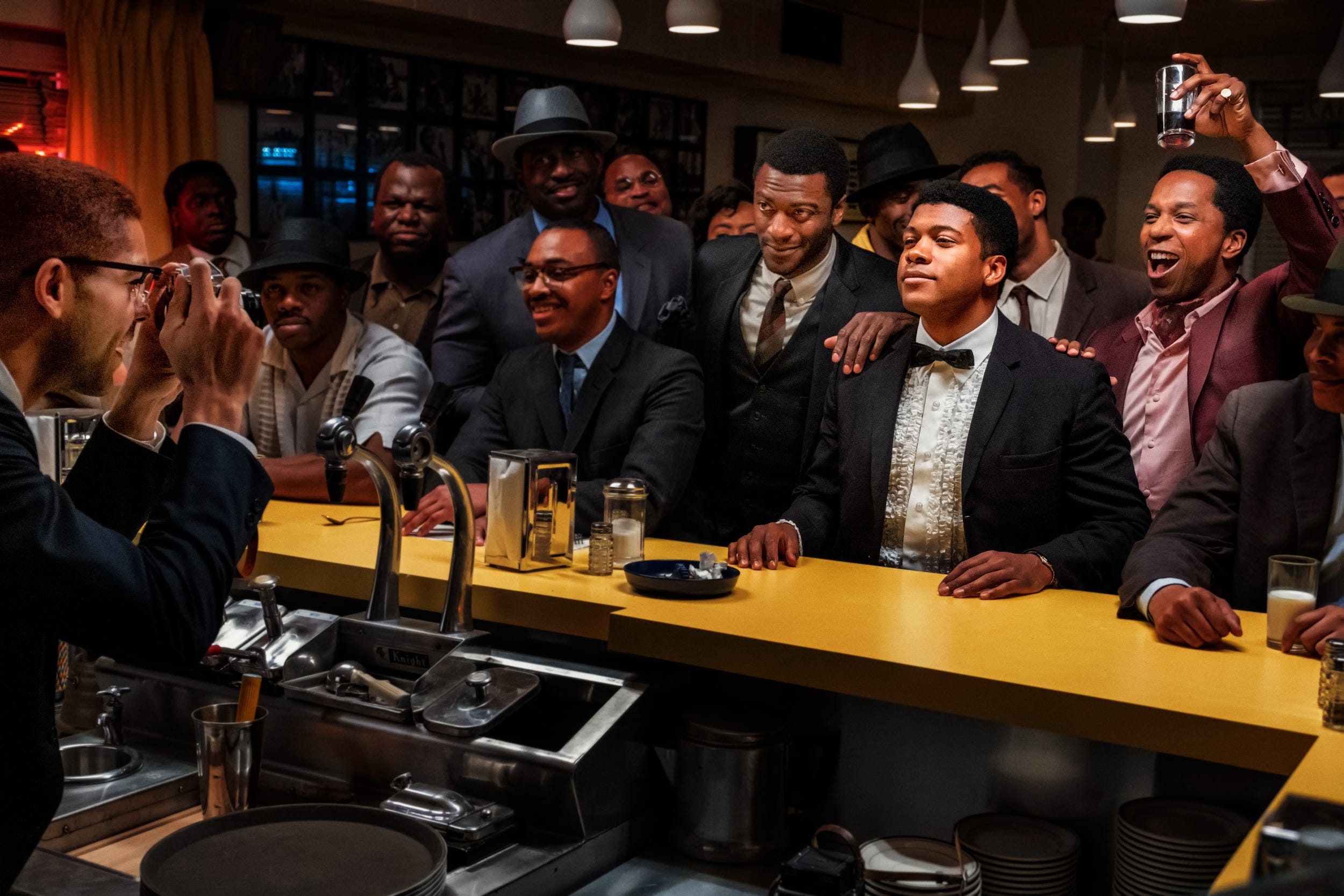 Insider: Did you ever see “One Night in Miami” when it was a stage play?

Regina King: I didn’t. My first experience of it was reading the screenplay and I read the play after that.

I could really feel the emotion of these performances. Was that a goal of yours at all, to make something that felt like we were watching it as a live stage play?

I don’t know if my energy was thinking to match up what the experience would be like seeing it live, but what I did believe was the dialogue was the star and that the right actors would make this dialogue just sing. I just felt like anyone watching should feel the way I felt when I first read the script; just blown away.

Did you know when you got to that moment? Was it through shooting or in post production?

There were definitely moments when I was like, Hmm, OK, yeah. Do we have a movie? But my editor Tariq Anwar would always remind me that what’s there is special. We just have to keep playing with it. And then later on in the edit that’s when I realised, now we have something! 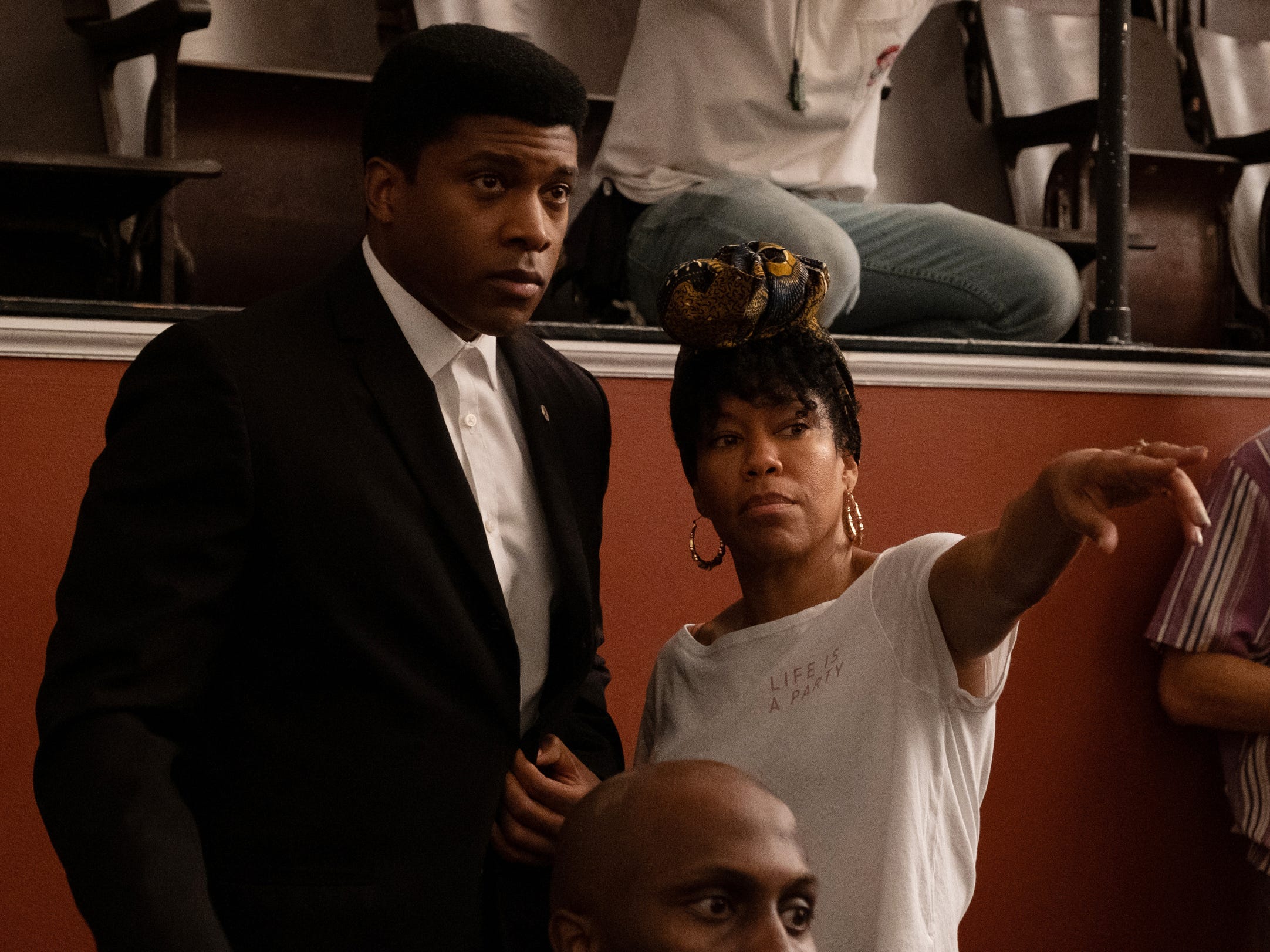 Patti Perret/Amazon StudiosEli Goree, who plays Cassius Clay, and Regina King on the set of ‘One Night in Miami.’

The hardest characters to cast were Malcolm X and Cassius Clay

You have these legends on screen â€” Malcolm X, Cassius Clay, Sam Cooke, Jim Brown. Was there one that was hardest to cast?

I’d say my biggest concern of casting were Malcolm and Cassius because none of those four have been photographed or videoed more than those two.

And both have had movies done on them.

Yes, Oscar-nominated performances by two of our favourite actors. So I knew on the page that our story is not “Ali” and it’s not “Malcolm X.” I saw, as an actor, that should be embraced. There were some actors who felt because of the performances by Denzel [Washington] and Will [Smith] that there was no need to do this movie, but I would remind them that this is not a biopic.

When casting, were you conscious of hiring actors with only a certain level of stardom? Was there a fear that if you cast someone too famous the audience would be taken out of the performances they were doing?

No. No. Actually, some actors with bigger names had interest in the roles and just weren’t interested in auditioning. And I was not interested in seeing anyone that didn’t want to audition.

I have a whole lot riding on this and one of the things that Kemp kept saying was just how people received the play, so I knew that it took actors who truly understood that they were not doing an impersonation. All four of these actors knew that.

NBCRegina King at the 2019 Golden Globes.

King didn’t accomplish her vow of hiring 50% women on the movie, but a majority of the crew were non cisgender white males

When you won the Golden Globes for “If Beale Street Could Talk,” you gave that great speech about vowing to make your sets 50% women going forward. Did you accomplish that on this?

From the moment of me making that proclamation, if you will, to us actually shooting [“One Night in Miami”] so much had happened just in gender bias and how people identify; it is not respectful to regard everything as male or female.

So moving forward, as I do still feel like having more women in positions behind the camera is important, I have to go beyond that.

So in many ways you kind of went beyond what you promised.

I do feel like that in a lot of ways. And it did take one of my friends to remind me of that. It was a challenge for myself and a challenge that I will continue and try to achieve, even as I make adjustments to what that challenge actually is.

“One Night in Miami,” now in select US theatres, is available on Amazon Prime Video on Friday.