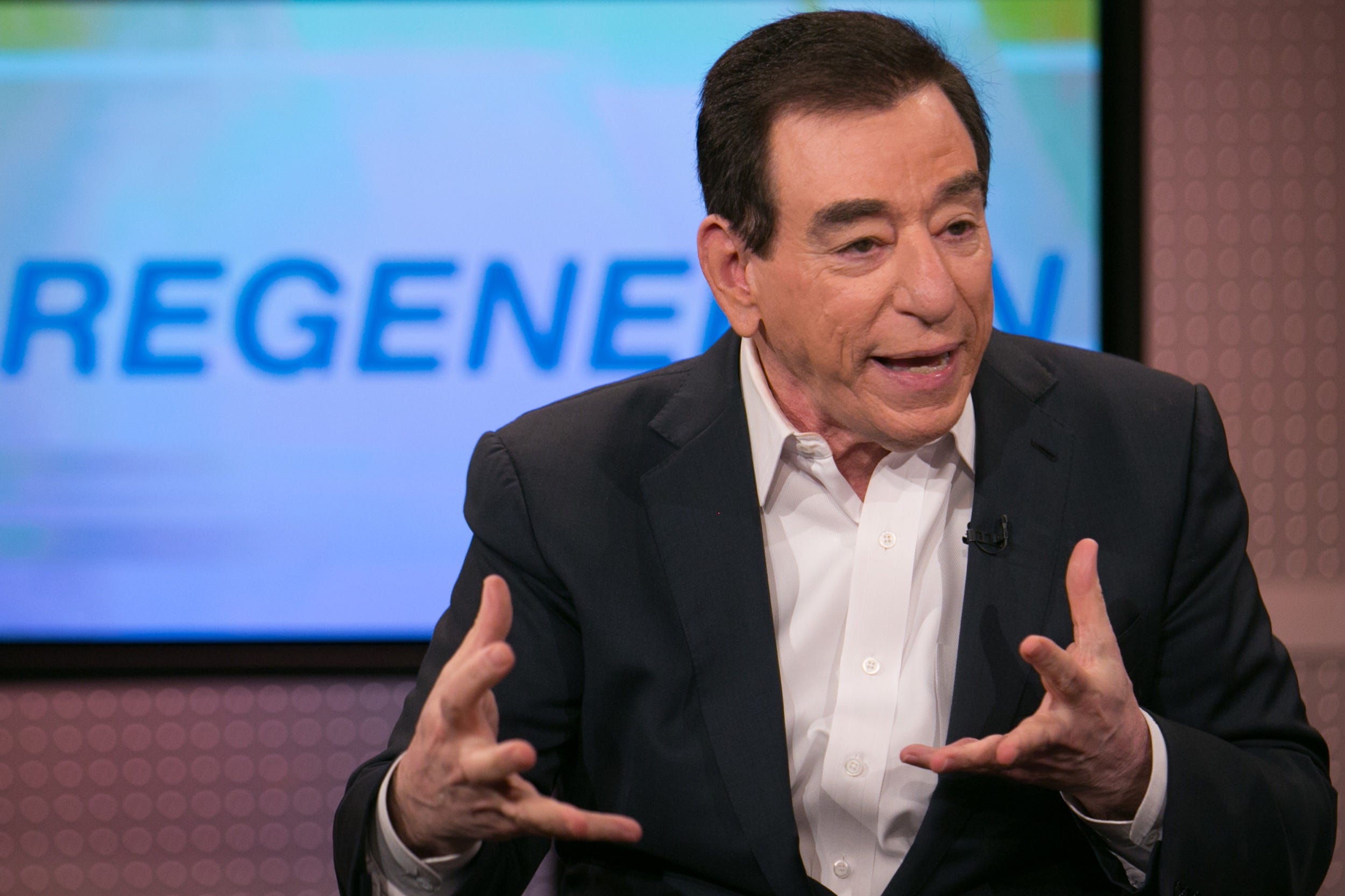 Adam Jeffery/CNBC/NBCU Photo Bank/NBCUniversal via Getty ImagesLeonard Schleifer, the founder and CEO of the biotechnology company Regeneron, in a 2015 interview.

During an interview with “Face the Nation” on Sunday, Regeneron CEO Leonard Schleifer said that President Donald Trump’s experience with the company’s antibody treatment was “the weakest evidence you can get” as to whether it’s truly safe and effective.

The president has said he’s feeling better following a three-night hospitalisation with COVID-19 and has credited the treatments he took, though critics previously pointed out that his experience was at best anecdotal.

“The president’s case is a case of one, and that’s what we call a case report,” Schleifer said. He added that there were some interesting aspects of Trump’s case, including his age and other risk factors.

In September, Regeneron said its treatment had been able to improve virus symptoms in nonhospitalized COVID-19 patients. It’s still unclear how well the drug works on patients in hospitals, as reported by Reuters.

“The real evidence has to come about how good a drug is and what it will do on average has to come from these large clinical trials, these randomised clinical trials, which are the gold standard,” Schleifer said. “We’ve got some preliminary evidence that we’ve talked with the FDA, and we’re going for an emergency use authorization, because we think it’s appropriate at this time.”

The antibody cocktail has yet to receive emergency approval from the Food and Drug Administration, but the US government has struck a deal for 300,000 doses as part of a wider bet on multiple companies’ ability to develop COVID-19 treatments and vaccines.

“Regeneron can’t do this alone,” Schleifer said. “We need the entire industry.”

During an interview last week on CNBC’s “Squawk Box,” Schleifer said requests for FDA “compassionate use” â€” the policy allowing the president to receive early access to the experimental drug â€” had increased since Trump received treatment, putting the pharmaceutical company “in a tough situation.” He has encouraged people to join clinical trials if possible, which would help move the drug forward in its approval process.

“We have tried to take a principled approach until there is a broader authorization,” Schleifer said during the same interview. “Asking somebody like the president to go into a clinical trial just wasn’t practical.”