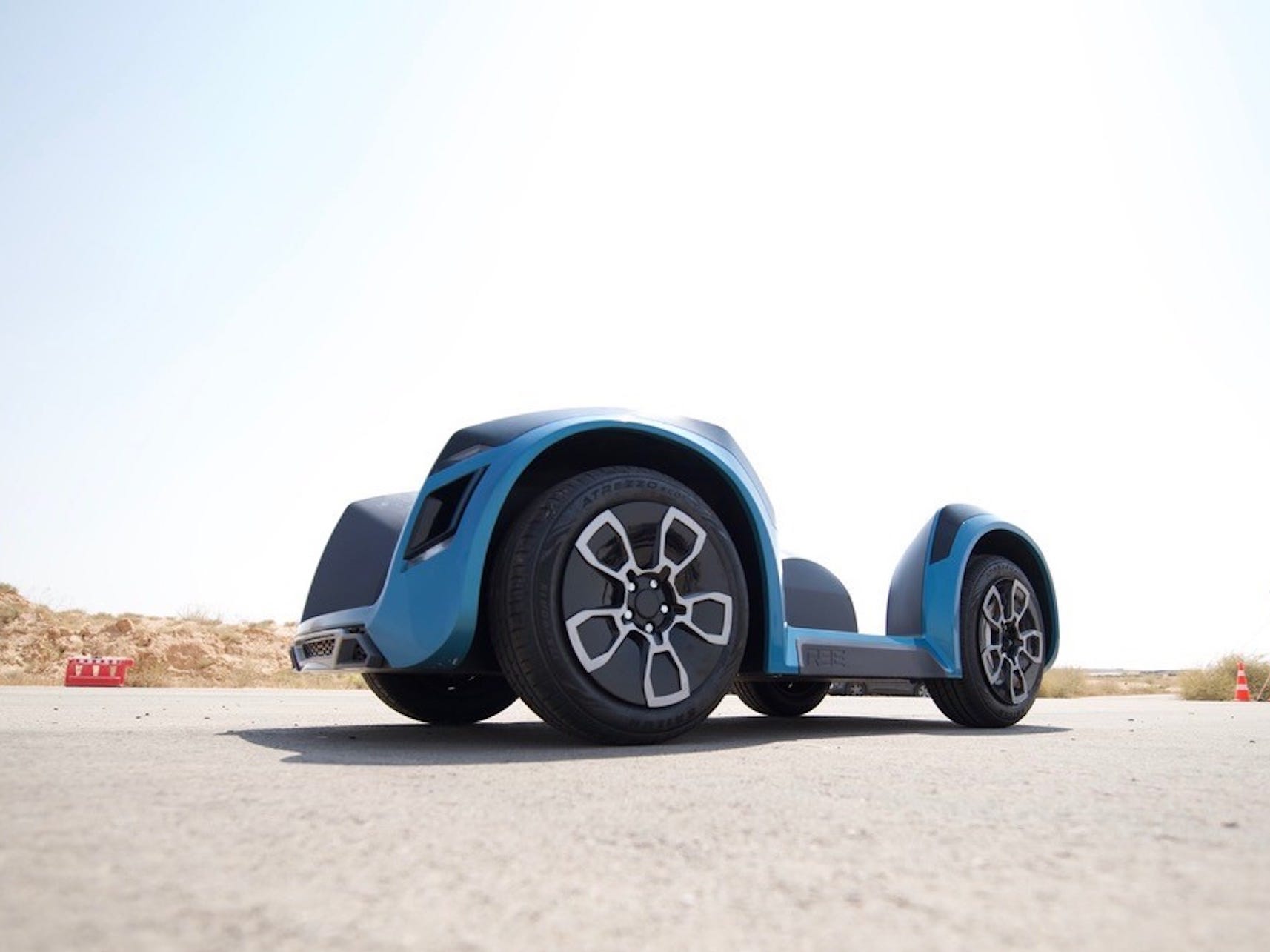 Unlike most major automakers looking to build fully fledged electric vehicles, REE is taking the business approach of creating multi-sized electric vehicle platforms, an idea that other makers like Daimler, Volkswagen, General Motors, startup Karma Automotive, and even the German Aerospace Centre have started exploring as well.

According to REE’s co-founder and CEO Daniel Barel, building a scalable “one platform fits all” product, instead of a full vehicle, is strategic.

“When you want to change a vehicle, there is a ripple effect, and you have to literally invent a brand new vehicle” Barel told Business Insider in an interview. “The reason that REE is so different is because we are the cornerstone of the automotive world today.”

“This is what makes us probably the biggest in the world because we are where everybody starts when they want to build a new vehicle,” Barel continued. “Because our platforms are so modular, they can take any shape in any size.”

According to Barel, the Israeli company’s platforms can be used by a list of industries, such as original equipments manufacturers, e-commerce businesses, and delivery and logistics companies, all within the commercial and light truck segments.

The list of potential clients also include automaker giants that don’t have an electric platform yet. In cases like those, the automakers only have a few options, according to Barel: spend large sums of money and time to build a platform, buy a platform that may not be ideal for the automaker, or partner with REE and use its multi-sized platforms. “We don’t want to have a brand or a logo on the vehicle,” Barel said. “We just want to be powering those platforms.” 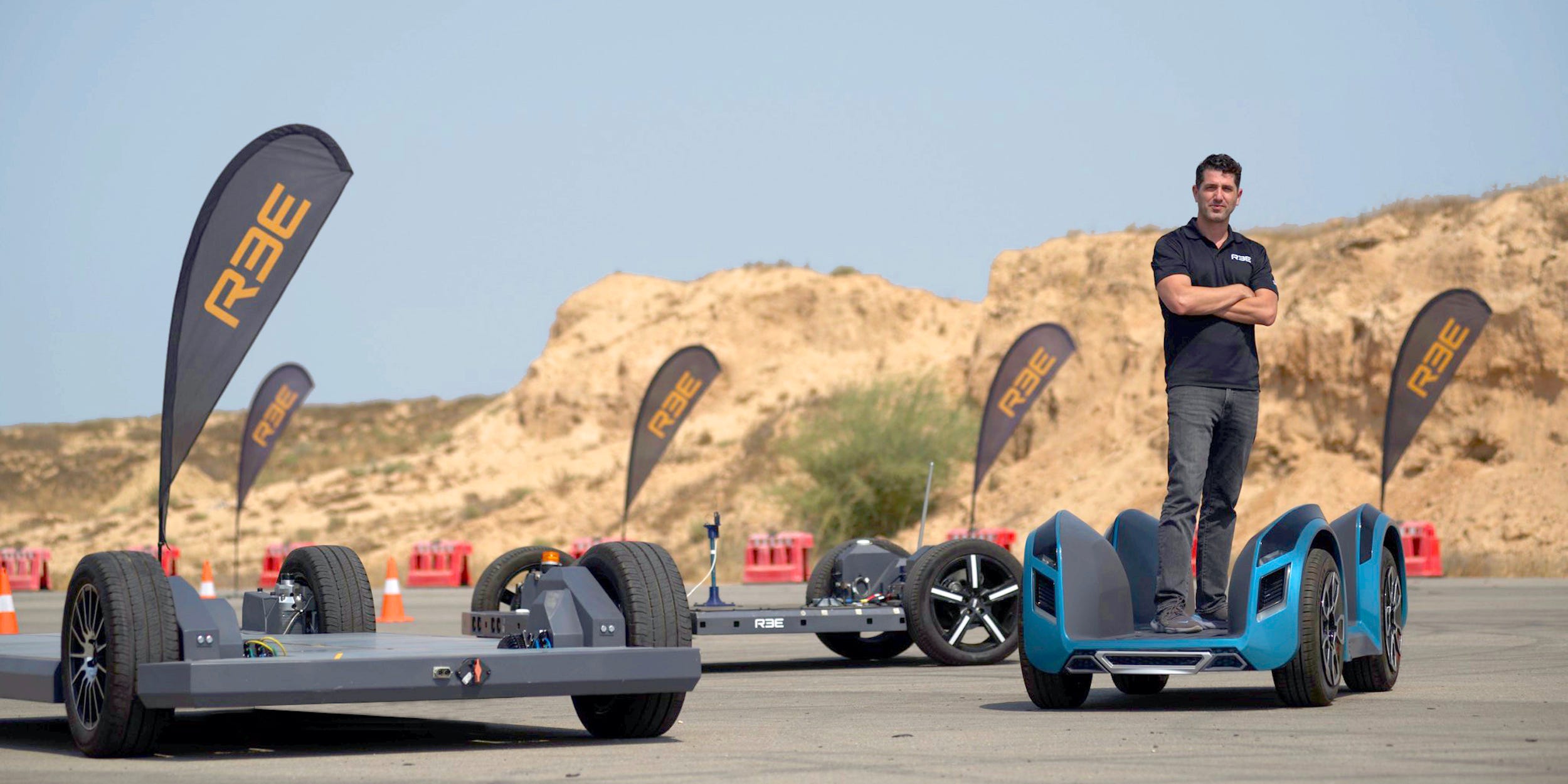 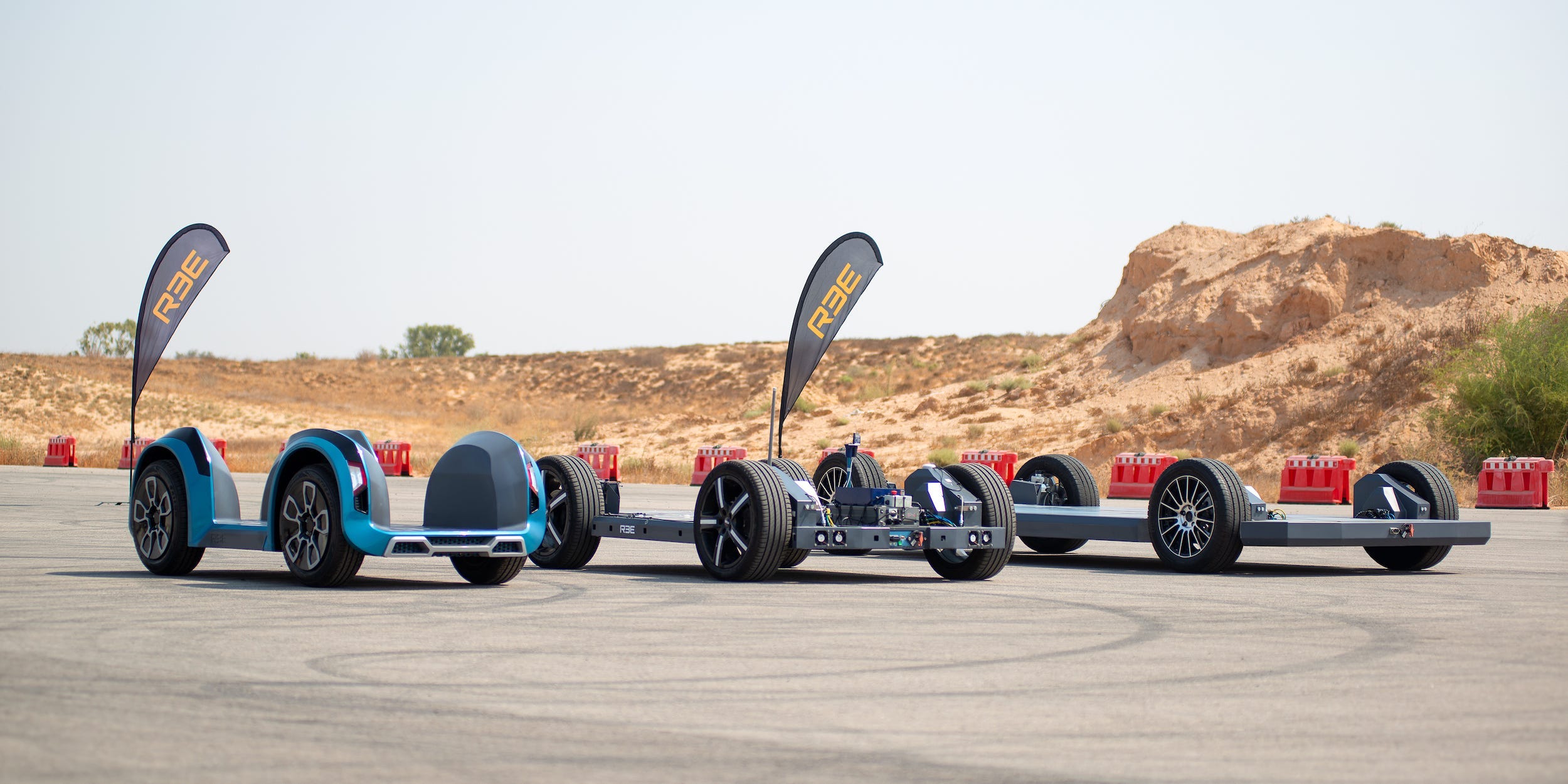 The P1, which is designed for last-mile deliveries in cities, has a 1.3-ton gross vehicle mass. According to its maker, the platform has a carbon footprint that’s 67% less than the traditional cargo delivery vehicle. 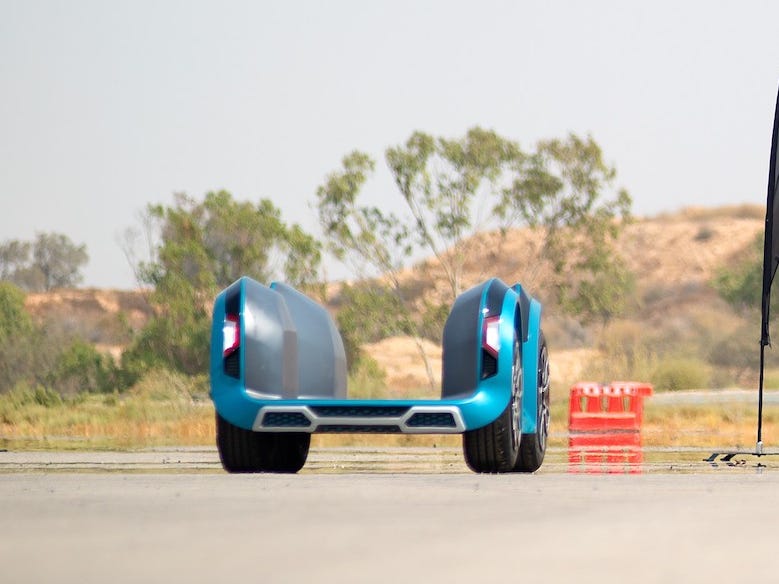 The P2 sizes up as a suburban cargo and people transport vehicle with a 2.5-ton gross vehicle mass. The P2 can hold up to five people with the same carbon footprint as a two-seater Smart car, according to REE. 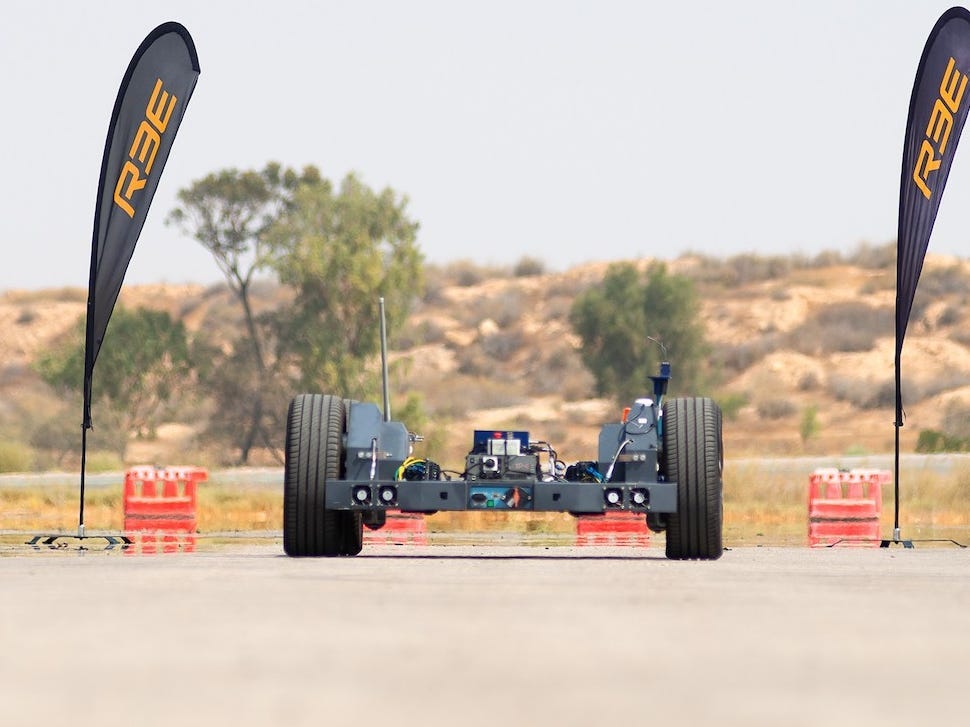 According to REE, the largest of the three that were just trialed, the P4, was designed “for the North American market delivery” industry with its 4.5-ton gross vehicle mass. The platform can serve as a “light commercial vehicle,” shuttle, or cargo delivery van.

REE’s arsenal also includes the P6, which goes up to 6 tons and can be used as a medium-duty shuttle or a mid-mile cargo delivery vehicle like FedEx or UPS trucks, according to Barel. 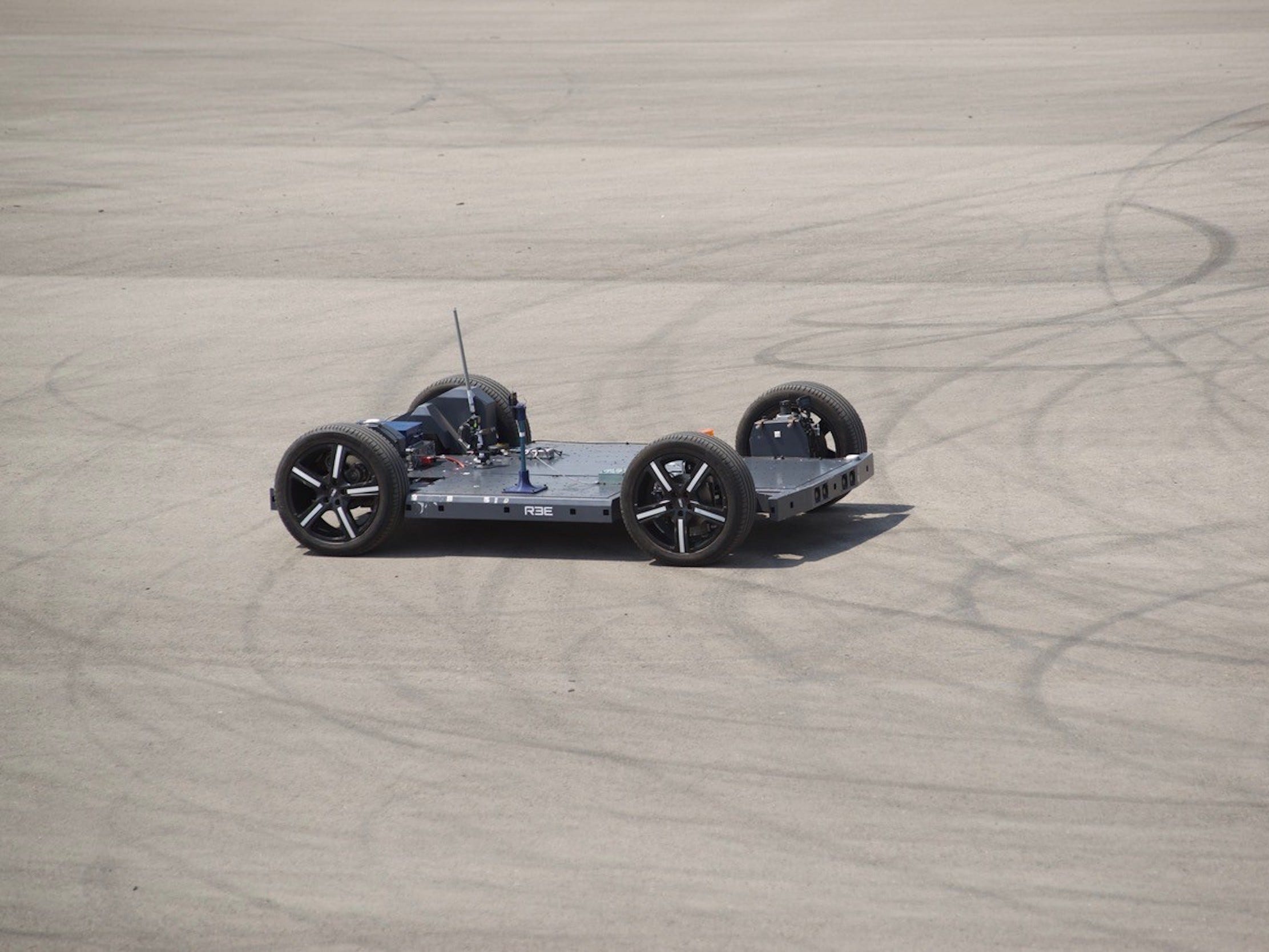 The largest in REE’s lineup is the P7, which goes up to 7 tons and can serve as a medium-duty cargo transport vehicle.

REE’s platforms are powered by the company’s proprietary REEcorner and “X-by-wire” technology, which is different from the commonly used “drive-by-wire” tech as REE’s “by-wire” gives each wheel its own driving, steering, and braking independence. 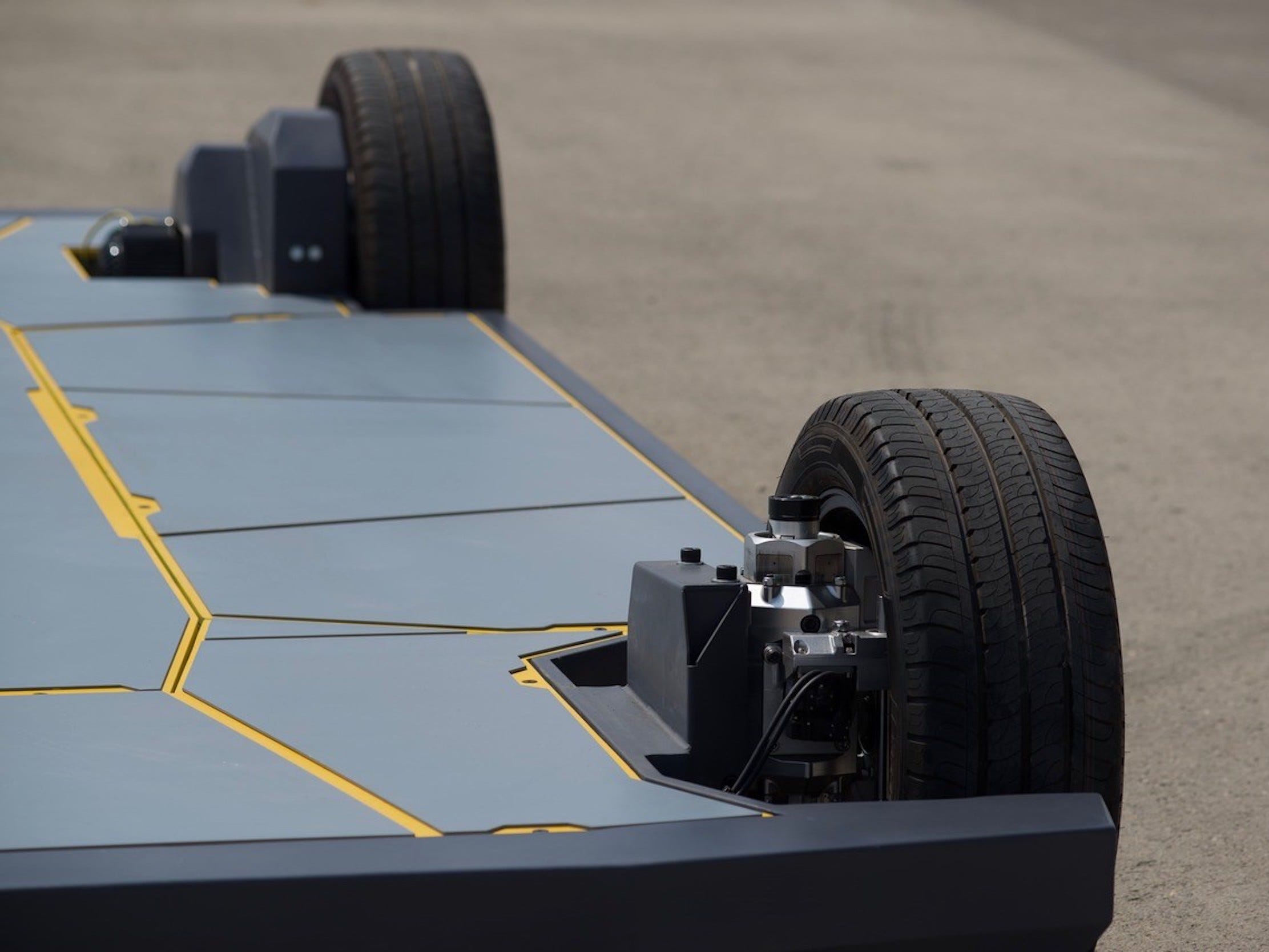 The REEcorner holds the drive and powertrain, suspension, braking, and steering all within each wheel’s arch, allowing the platform to stay flat. This REEcorner technology is what sets the company apart from other makers, according to Barel. 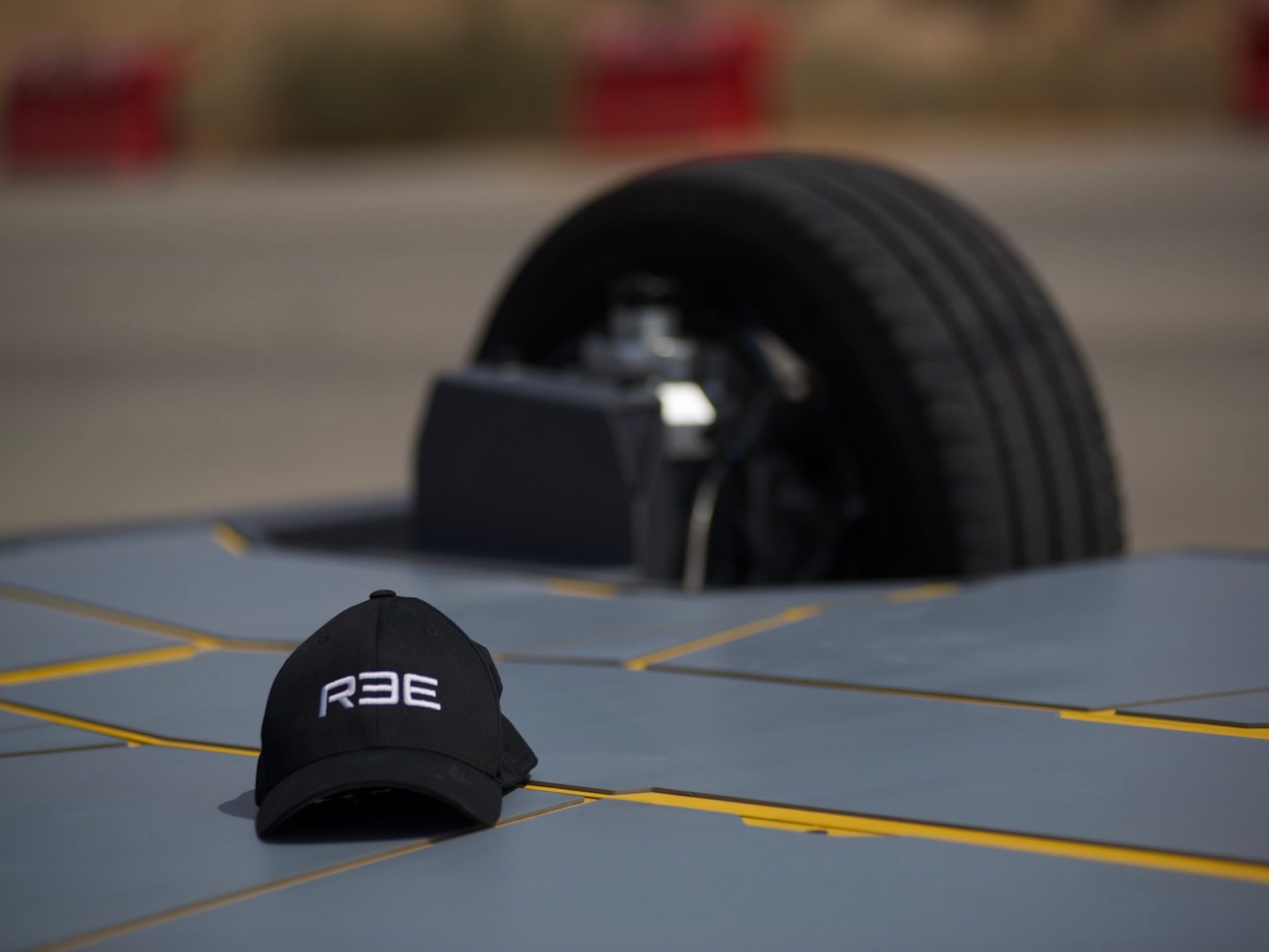 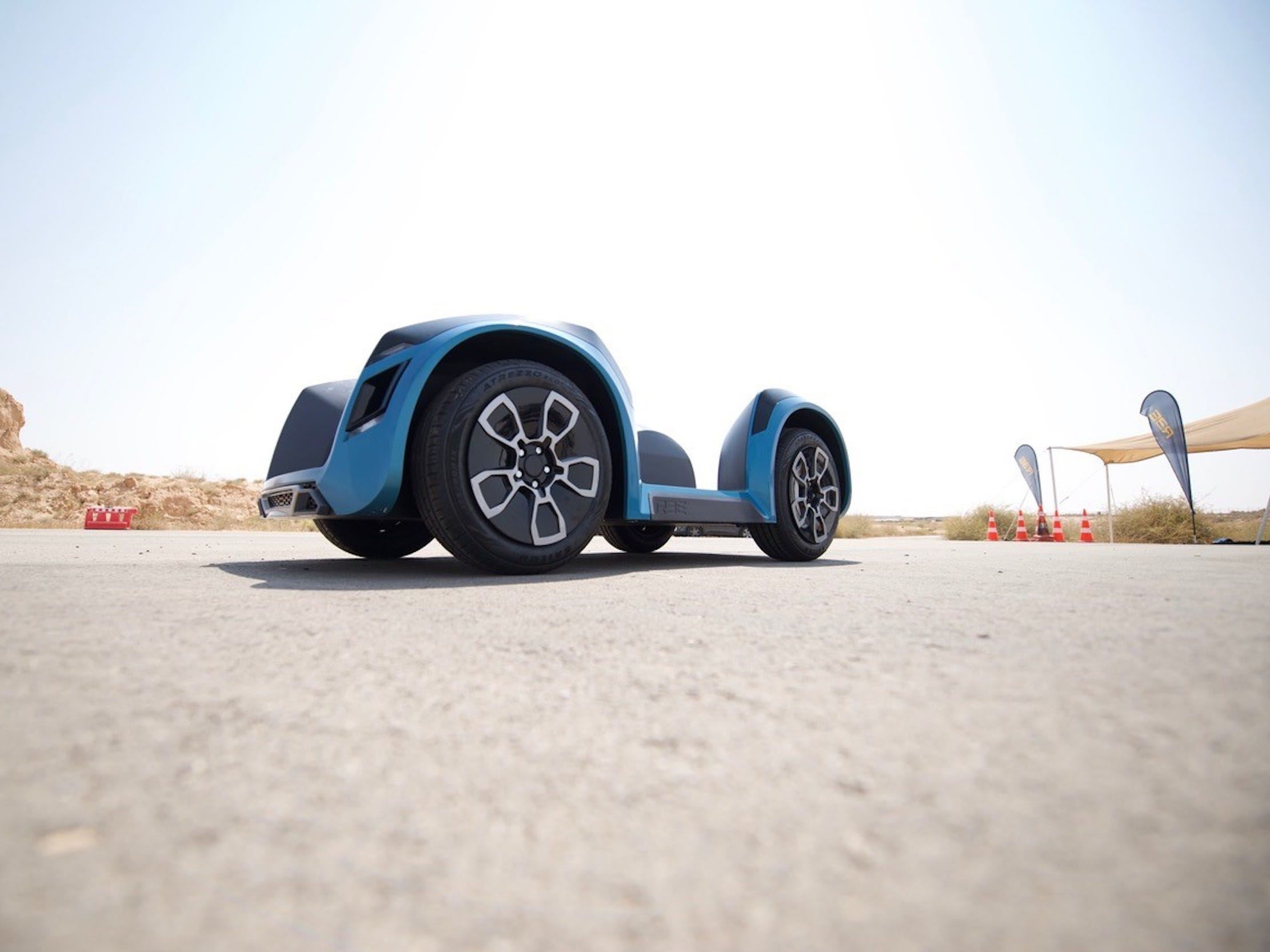 The REEcorner decreases maintenance costs with the use of its “preventive maintenance artificial intelligence,” according to its maker. 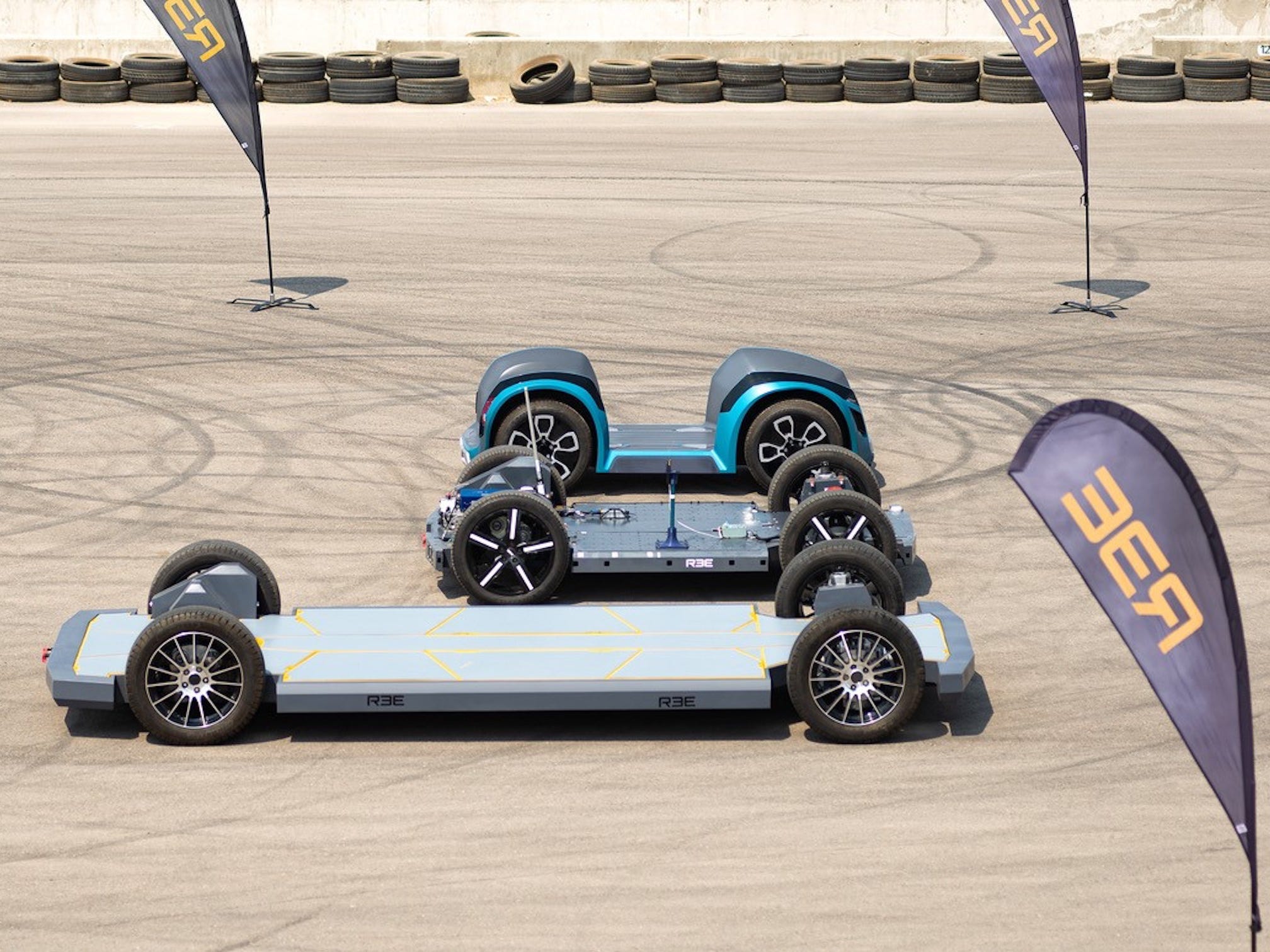 The REEcorners can also be completely replaced within 20 minutes.

Because the platform, known as the REEboard, is flat, customers can select their own body. According to REE, these platforms are lightweight and have ample battery storage space for increased battery consumption efficiency.

As an added bonus, the platform can also use autonomous driving interfaces.

REE has already established partnerships with several companies, including Mitsubishi, Toyota’s Hino Motors, and American Axle and Manufacturing. In August, REE also signed a memorandum of understanding with Mahindra and Mahindra for 250,000 units. 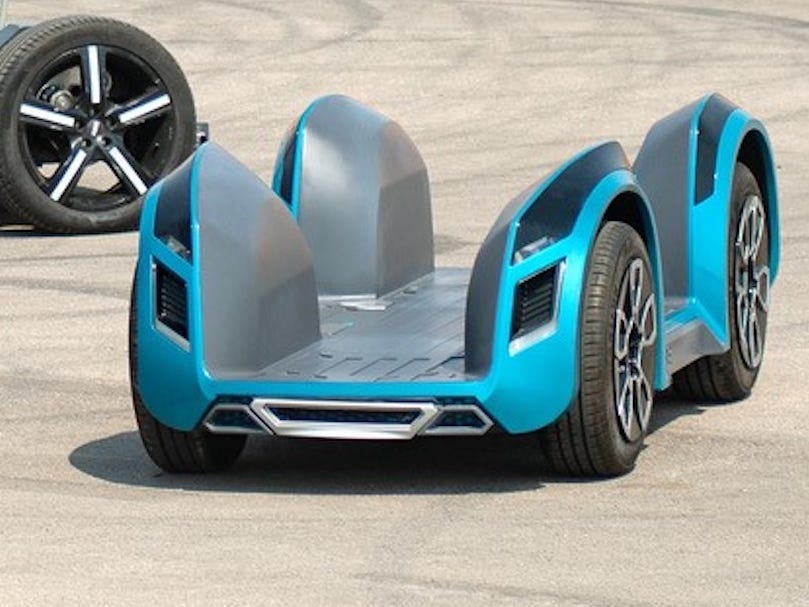 REE is now working to hopefully deliver the first prototypes to its first customers by the end of 2020, according to Barel. 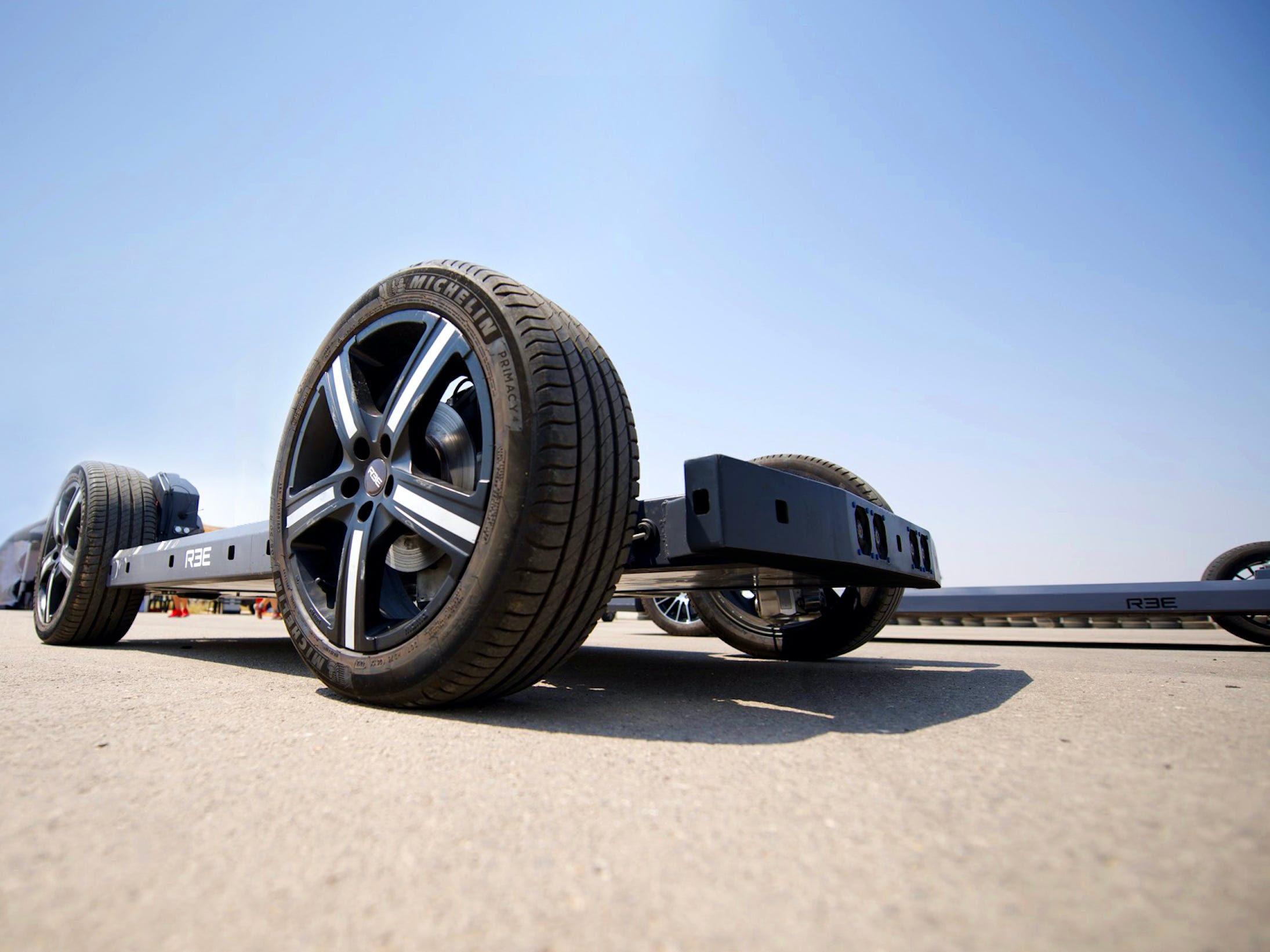