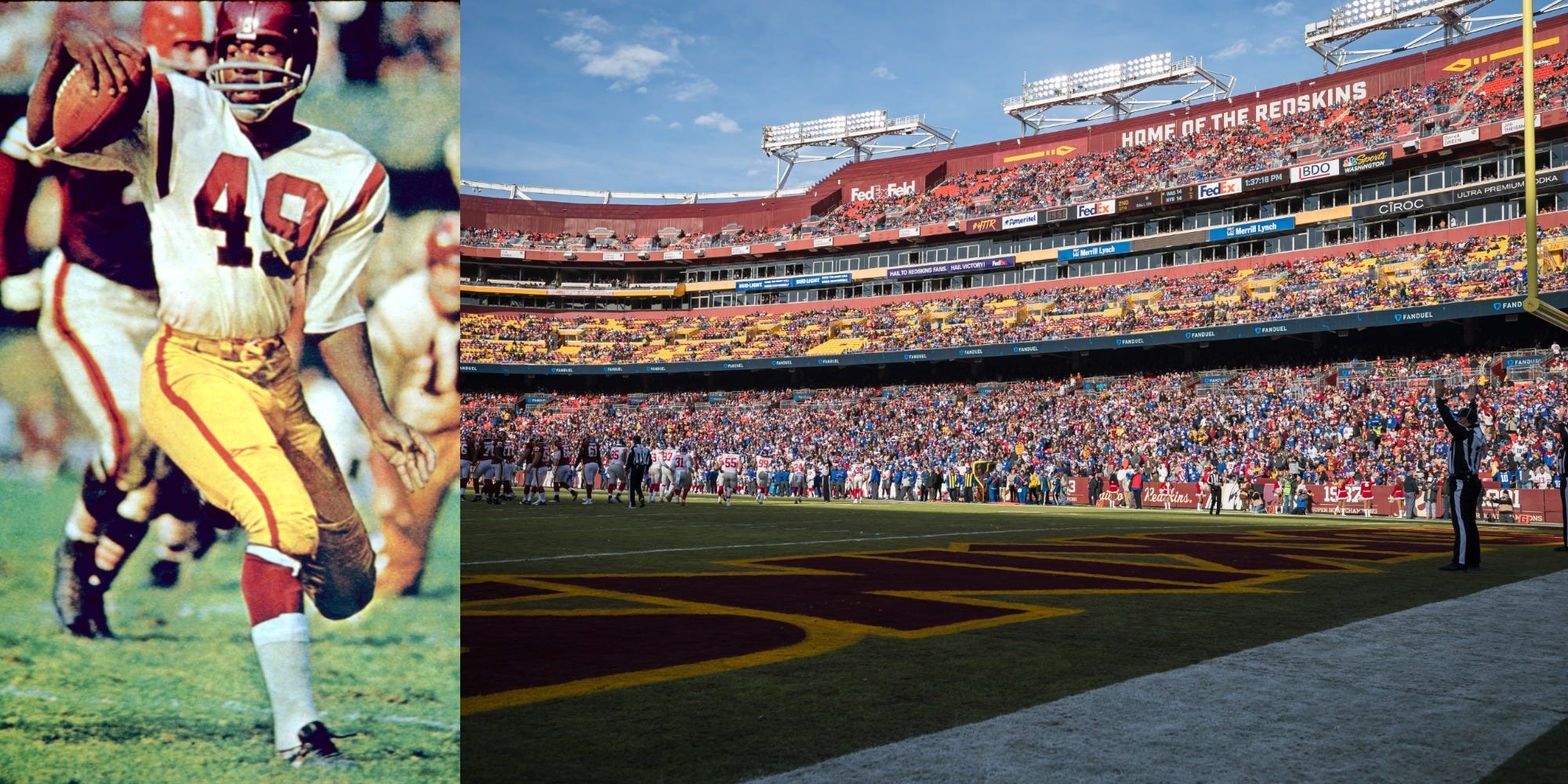 The Washington Redskins announced Saturday that the team was retiring Hall of Famer Bobby Mitchell’s number and renaming a bowl of its FedEx Field stadium to honour Mitchell, the franchise’s first Black player.

Mitchell is only the second player in the Washington DC franchise’s history to have his number retired, and his name on the field’s lower bowl will be replacing former Redskins owner George Preston Marshall, whose statue has been vandalised before it was removed from the team’s former home stadium last week.

Mitchell, who died in April at the age of 84, was traded to the team in 1962 from the Cleveland Browns and became its first Black player after the organisation was the last to integrate in 1962, the NFL said on its website.

Former owner Marshall resisted calls for years to integrate the Redskins until he was “forced to do so,” according to the Pro Football Hall of Fame website. ESPN reported he eventually caved in 1961 under pressure from then-Secretary of the Interior Stewart Udall who threatened to yank the lease to the team’s stadium, which was on federal land.

“Bobby was our Jackie Robinson,” former Redskins safety Brig Owens said in a team statement on the rare honours. “He had to handle the pressure of being the first African American football player to integrate the Washington Redskins.”

“In the face of great adversity, he served as a role model for the Washington, DC community, the Redskins, its fan base, and the NFL,” Owens said.

The historic announcement comes at a critical time for the franchise, which has long been criticised for its name and logo, most recently in the midst of it releasing statements of support for the Black Lives Matter movement.

Insider’s Tyler Lauletta previously reported that when the team took part in #BlackoutTuesday, a social media trend intended to signal solidarity with the Black Lives Matter movement on Twitter earlier this month, Rep. Alexandria Ocasio-Cortez called on the team to change the name of their team.

“Want to really stand for racial justice? Change your name,” Ocasio-Cortez wrote above a retweet of the team’s post.

“I think it’s past time for the team to deal with what offends so many people,” Bowser told the Team 980 radio station. “This is a great franchise with a great history that’s beloved in Washington, and it deserves a name that reflects the affection that we’ve built for the team.”

On June 19, The Washington Post editorial board joined the most recent call to action, publishing an op-ed titled “Change the name of the Washington NFL team. Now.”