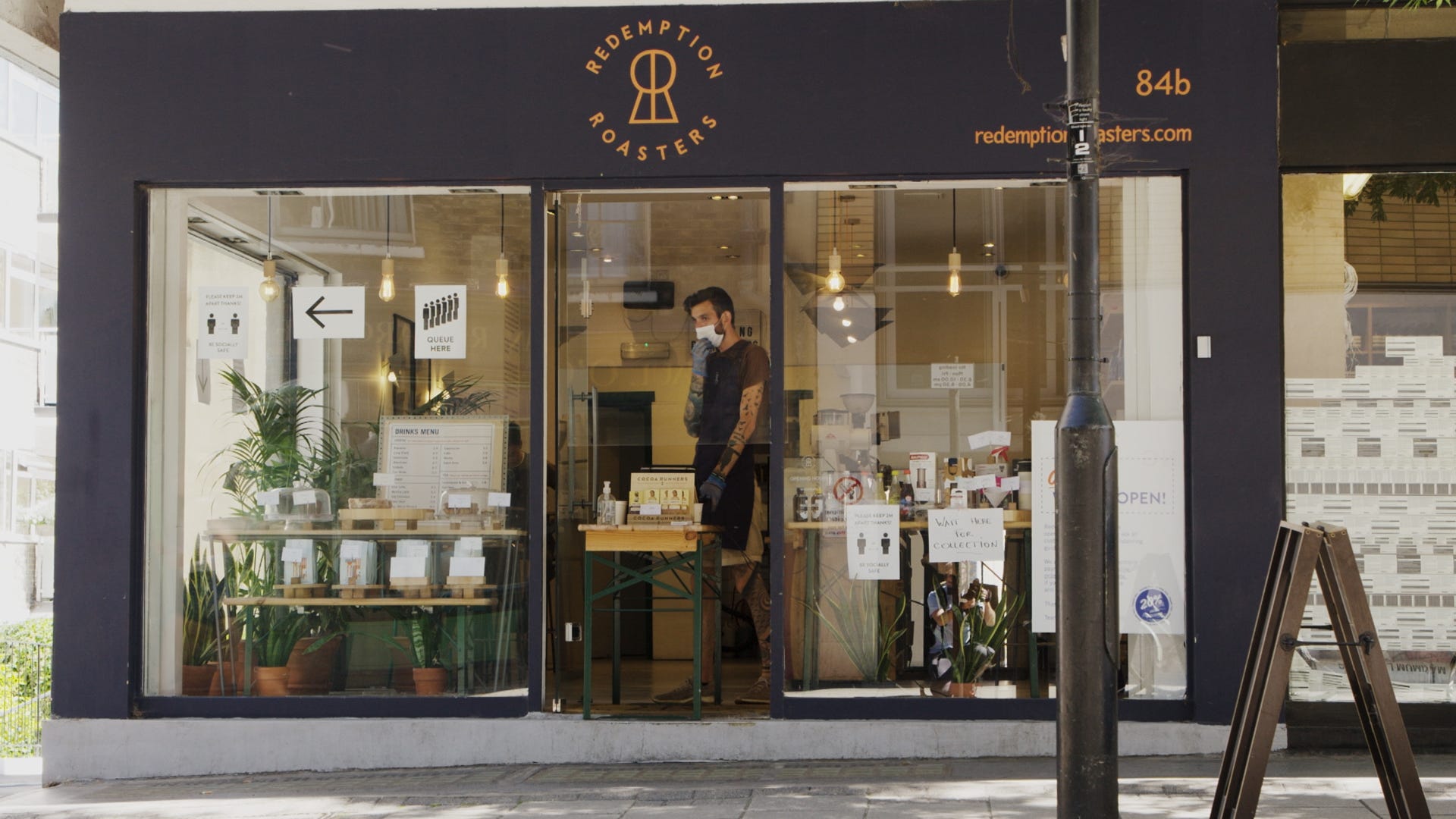 Behind razor wire and high prison fences, a vast coffee roaster is helping reduce the rate of reoffending.

The 70-kilogram-capacity machine inside a training facility at The Mount prison near London provides inmates with the roasting and barista skills which, it’s hoped, will find them employment after release.

The arabica beans prepared here make their way to wholesale customers and to the shops of the appropriately named Redemption Roasters, which claims to be the world’s first behind-bars coffee company.

Cutting the recidivism rate through coffee is the company’s aspiration. And for ex-offender Darren Russen, it’s working.

Russen received his four-week training with Redemption Roasters at Wormwood Scrubs prison in London. He started working as a barista at one of the company’s six coffee shops after his release last year.

“I’ve spent around 16 years in prison altogether,” Russen told Business Insider Today. “This is the first time in my life that I’ve seen something that’s progressing people in prison and changing lives.”

Russen said he was brought up into a life of crime, and served multiple prison sentences before he had the chance to learn about coffeemaking.

“It’s changed my whole outlook on life now, and it’s progressing me,” he said. “It’s the first time in my life I’ve been free basically, and that’s through the support of the company and working. Just feeling a part and feeling happy. Getting up, waking up, and feeling a part of life.” 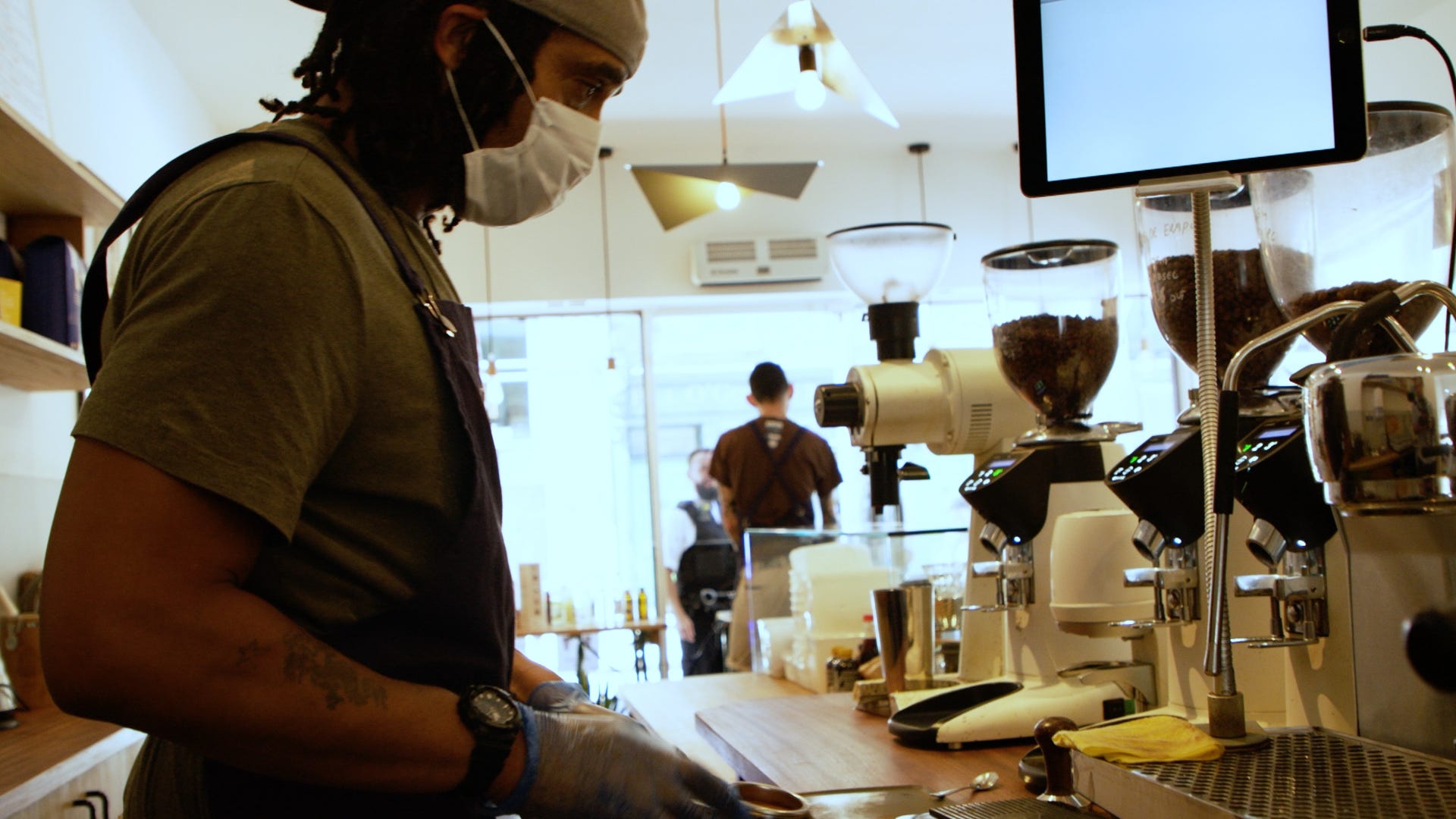 Robert Leslie/Business Insider TodayDarren Russen is one of 17 former inmates who gained barista skills through the Redemption Roasters program in the past year.

Redemption Roasters cofounder Max Dubiel already ran a coffee company when he was approached by the UK’s Ministry of Justice to come up with a behind-bars barista training program.

“Ultimately it’s the right thing, because it takes people out of this vicious cycle of reoffending, which costs the taxpayer a hell of a lot of money,” Dubiel told Business Insider. “Even worse, it makes communities less safe, and also creates victims. And I think we all need to do our bit to reduce it in this country.”

The reality is that most offenders simply don’t have this kind of opportunity, either before or after release.

Having a job to go to can often mean the difference between going straight and reoffending.

“Less than a fifth of offenders leave prison with a job to go to, and yet those who do have a job to go to are nine percentage points less likely to reoffend,” said Laura Sapwell, the former governor of Aylesbury, a young offenders prison where Redemption Roasters runs a training program.

The reoffending rate for England and Wales is one of the highest in Europe, according to a recent study. And almost half of all those released from prison commit another crime within a year, according to the Prison Reform Trust.

“Having a stable home to go to and having a job does make a massive difference to the reoffending rate,” Paul Crossey, deputy governor of The Mount prison, said.

“When you’ve got a company that can offer jobs outside, they’re already getting to know the men that they are working with in here. It breaks down a lot of barriers that maybe an employer who doesn’t understand what prison is like would really know.” 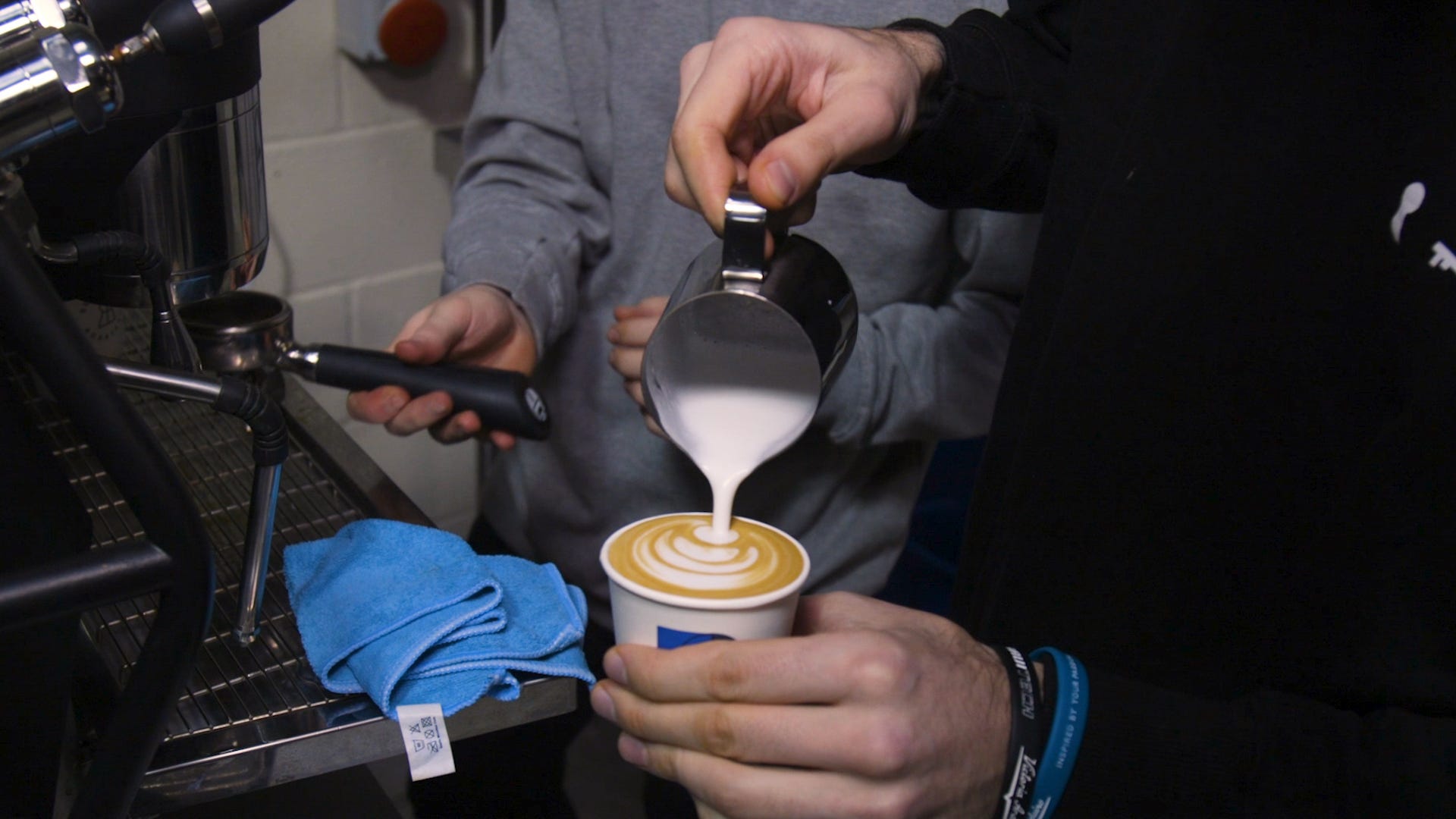 Robert Leslie/Business Insider TodayLowering the recidivism rate by giving inmates job skills is one of the goals of the company.

The high-tech facility at The Mount can roast up to 70 kilograms of coffee at a time â€” that’s 7,000 kilograms a week.

Trainees are also taught about the origins of coffee, tasting, and appreciation, as well as grinding, extraction, and milk technique.

So far, more than 400 prisoners have been through the training program here and at nine other prison sites in England and Wales. In the last year, 17 have been hired in the coffee industry after release.

But training is often not enough. The stigma of a criminal record and the fear of hiring an ex-offender can be huge obstacles to finding work on the outside â€” as can a lack of qualifications and low levels of literacy.

Dubiel, for one, sees only positives in hiring ex-offenders.

“One does, by employing an ex-offender, hire an incredibly loyal workforce, hire somebody who’s incredibly thankful and keen to develop their career with you,” he said.

Meanwhile, prison walls have provided no shelter from the coronavirus pandemic. For months, those who were locked up were also locked down, with training behind-bars training schemes suspended.

But coffee shops are reopening.

For Russen, this is the first time in his life he’s managed to see out his yearlong licence, or probation period, after release from prison.

He added: “It’s the customers. It’s just meeting people as well. The coffee is great, but it’s building relationships â€” I’m really becoming part of society, and I’m feeling part of, for the first time in my life, of London, and part of society.”