Reddit forum r/WallStreetBets had cheered on retail investors who bought shares of GameStop and other “meme stocks” to burn people who bet against the companies. The action caused GameStop’s stock price to surge 2,000%, and attracted the attention of billionaires and lawmakers.

Huffman, who cofounded the company with Alexis Ohanian and Aaron Swartz, said in a interview with The Wall Street Journal the frenzy proved Reddit’s power in attracting and organising “everyday people.”

“This whole event is showing the power of large communities of everyday people,” Huffman said. “Not just massive institutional and professional investors get to participate in the stock market.”


Read more:
Despite a historic inauguration, legendary investor Ellen Pao is not optimistic about tech’s relationship with the new White House

Some members of Reddit’s r/WallStreetBets said they felt the GameStop rally represented a populist win for everyday Americans over wealthy investors. Mark Cuban praised r/WallStreetBets on Reddit for “changing the game” by demonstrating the power of individuals to move markets.

Huffman said the unpaid moderators of forums like r/WallStreetBets have leeway to moderate their own communities.

“When it’s written by your peers in the context of a community, it’s really powerful,” he told The Journal. “Think of it as the difference between your parents saying, Be nice, and your friends saying, Be nice. The latter carries a lot of weight.”

Huffman added that the firm attracted new advertisers during the late January trading frenzy. GameStop stock has since tumbled down to about $US63.

Reddit aired five-second Super Bowl ad commenting on the GameStop saga. The firm said it did not plan on airing an ad during the game, but the GameStop rally inspired Reddit to spend its “entire marketing budget” on the brief airtime.

“One thing we learned from our communities last week is that underdogs can accomplish just about anything when they come together around a common idea,” Reddit’s ad read. 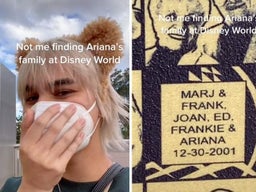