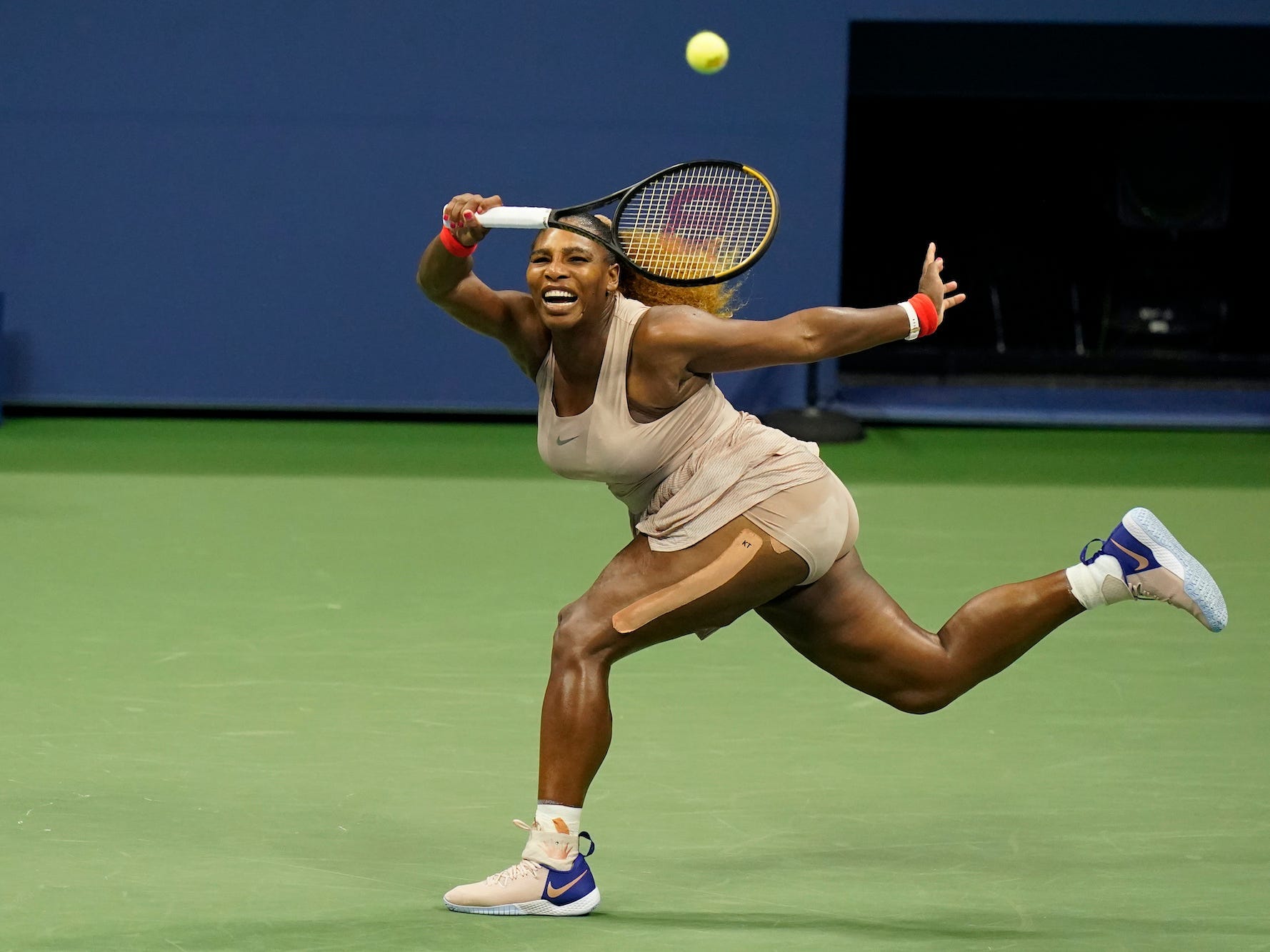 Frank Franklin II/APSerena Williams returns a shot to Margarita Gasparyan, of Russia during the third round of the US Open tennis championships, Thursday, September 3, 2020, in New York.

Serena Williams, who is seeking her 24th Grand Slam singles title, will play Sloane Stephens in their third-round match this afternoon at 2 p.m. EST.

The match between the two comes as the portion of American women in this year’s US Open marks a step toward representation for Black women within the sport. According to USA Today, a record of 12 Black women make up 37.5% of the 32 US women singles or 9.4% of the overall 128 women.

Just a decade ago at the 2010 US Open, Venus Williams was the only Black woman in the women’s singles draw, according to The New York Times. Her sister was out because of an injury.

Stephens, who won the US singles title back in 2017, told Reuters that seeing more Black women in the sport can inspire the next generation of players.

“Right now … leading our sport on the women’s side is African-American women, which is amazing,” Stephens said, according to Reuters.

Hailey Baptiste, who was one of the women to get a wild card this year, shared a similar sentiment in The New York Times.

“I feel like it’s amazing to see so many girls that look like me playing in the tournament and the main draw,” Baptiste told The Times.

Although representation has seemed to grow in the sport since great success from Black tennis players like the Williams sisters, this surge appears greater for women than men.

Martin Blackman, the general manager of United States Tennis Association’s player development who is also Black, told The Times that in the USTA training camps alone the Black participation rate is about 15% for girls and only 5-7% for boys.

Blackman also credits some of the success to “the structure and stability of the USTA player development setup,” according to USA Today. He also emphasised having programs that reach underserved communities like the USTA training camps.