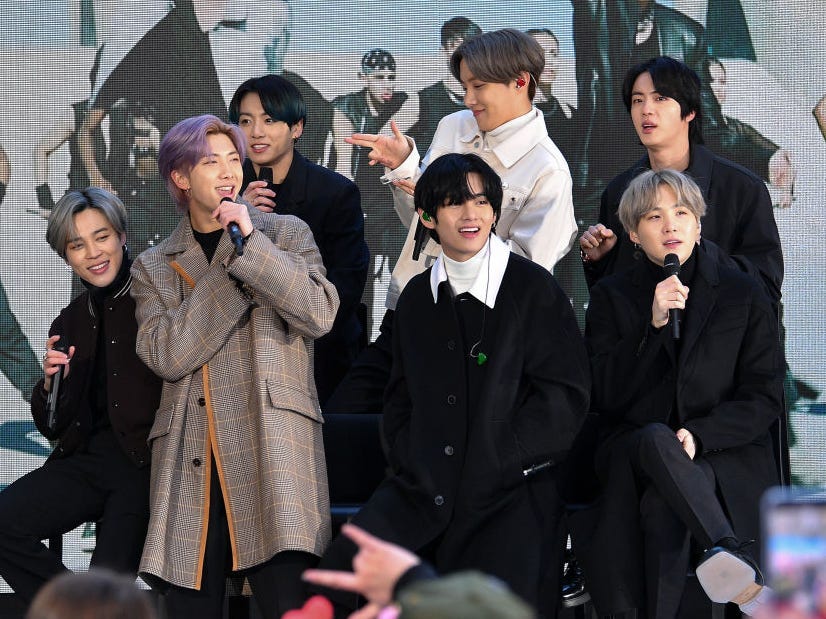 There’s an infinite number of records to break out there, from the most expensive pair of sneakers sold at auction ($US437,000) to the heaviest cabbage (138.25 pounds). But these records all have to do with the varied, ever-changing world of pop music.

Ever wondered what the best-selling song of all time is? Or who the oldest person to top the Hot 100 was? Look no further – here are 22 iconic songs that have broken records throughout musical history.

With “All I Want for Christmas Is You,” Mariah Carey became the first person to have No. 1 songs in four different decades. Over her career, she’s had 19 songs top the charts.

Listen to “All I Want for Christmas Is You” here. 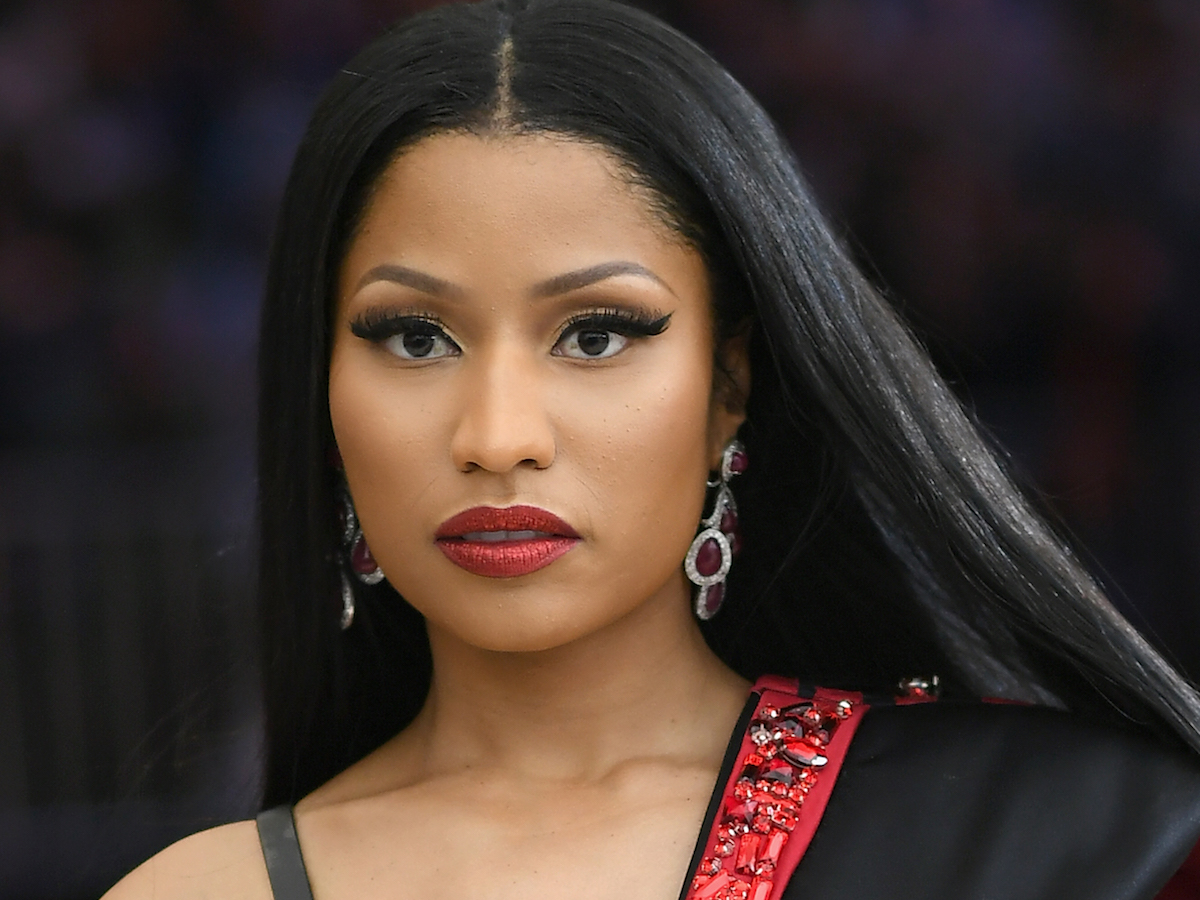 It’s been 10 years since the rapper notched her first entry on the Billboard Hot 100. Over the last decade, she’s become one of the most prolific rappers of our time, but it took a full decade and 109 total entries for Minaj to top the the charts. She finally earned the top spot due to her appearance on a remixed version of Doja Cat’s “Say So,” giving her the longest wait from first Hot 100 entry to No. 1 song.

Listen to “Say So” here.

“Old Town Road” became the longest-running No. 1 song of all time when it topped the charts for 19 consecutive weeks last summer. 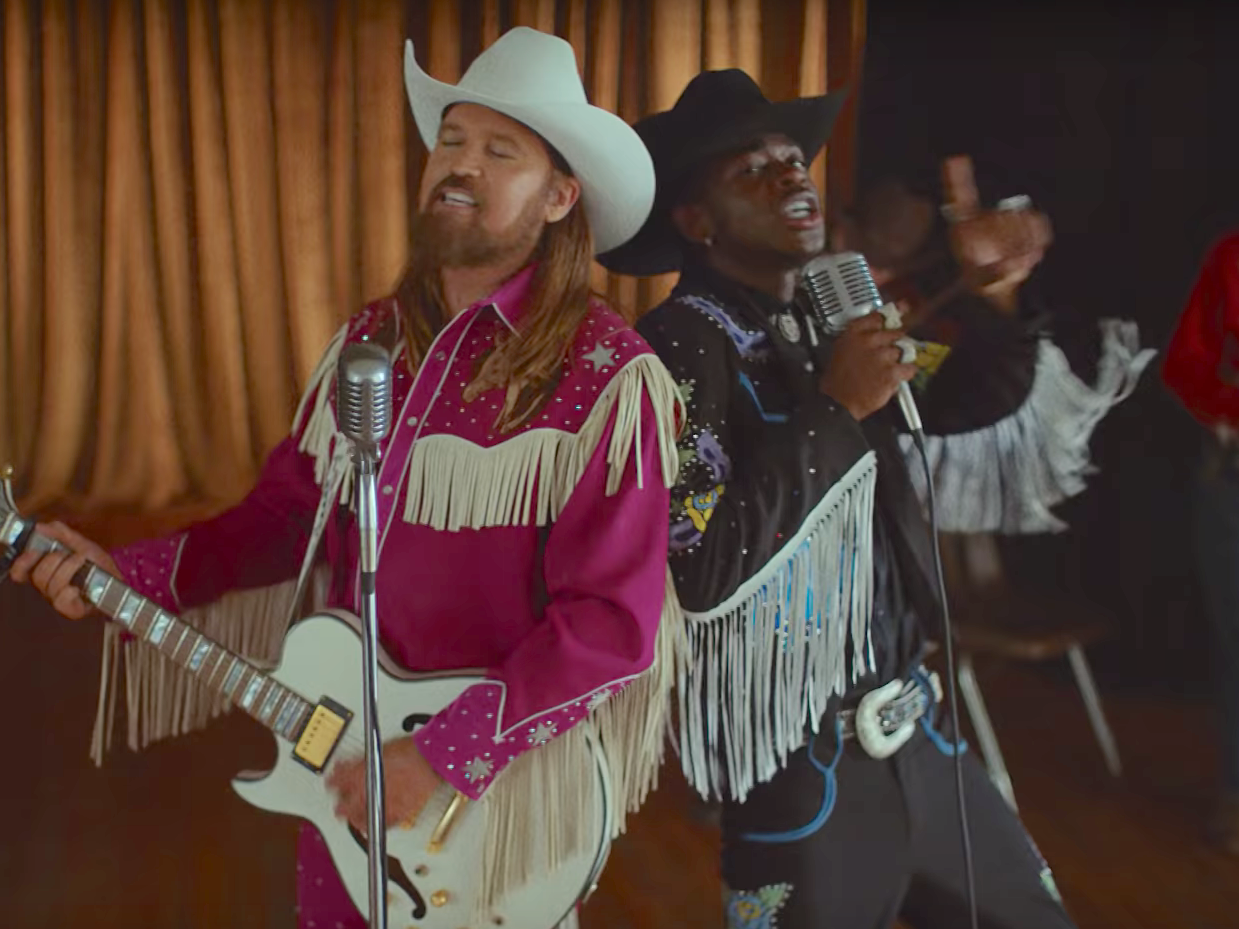 The song had a slow burn – it was originally released in December 2018. But once the remix was released with Billy Ray Cyrus in April 2019, and once it became a meme on TikTok, there was no stopping Lil Nas X and the power of “Old Town Road.”

It first reached the top of the Hot 100 in April and remained there for a record-shattering 19 weeks until August, making it the longest-running No. 1 song of all time.

Before “Old Town Road,” the longest-running No. 1 song was “One Sweet Day” by Mariah Carey and Boyz II Men. It topped the charts for 16 weeks. 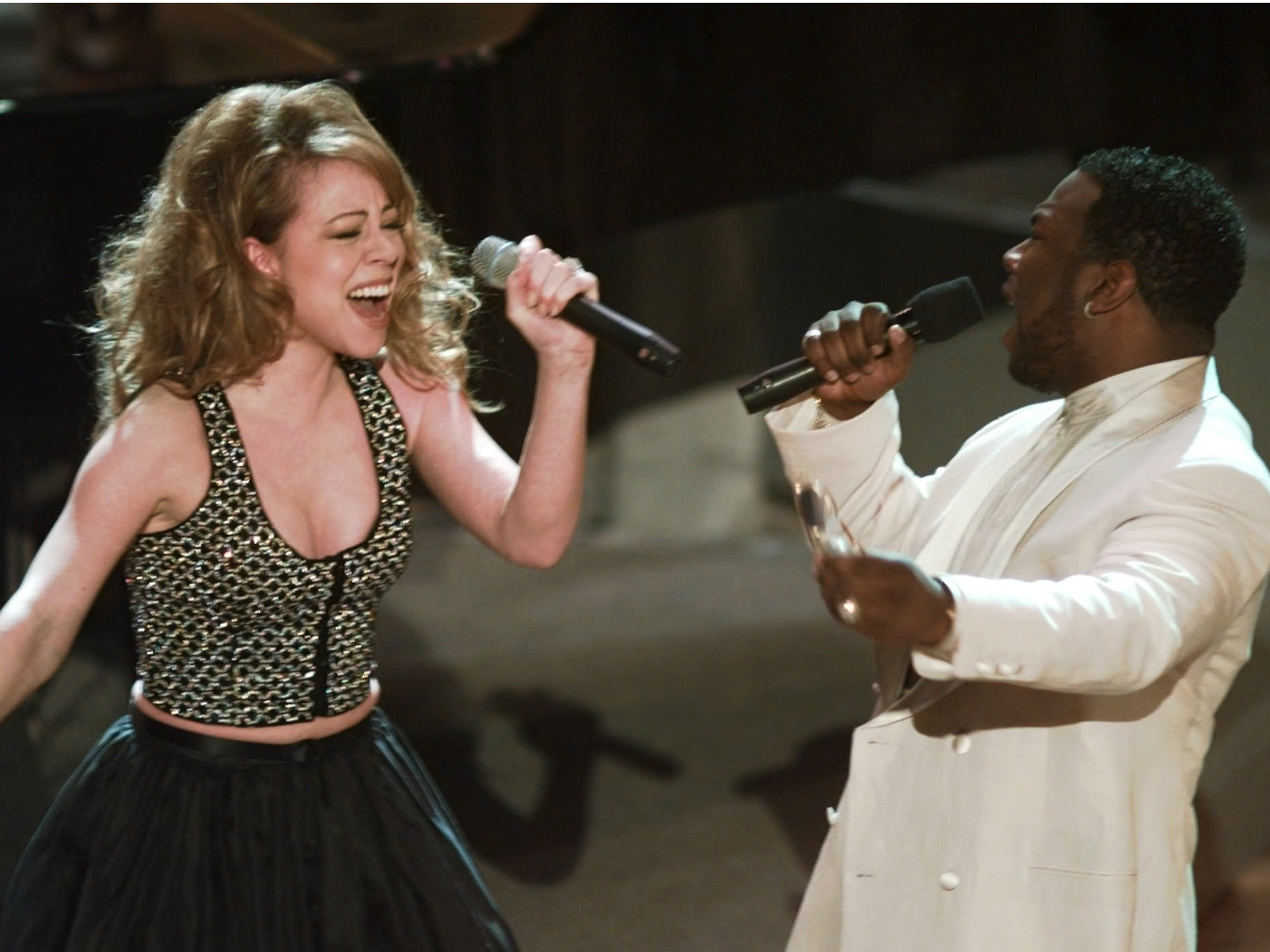 “One Sweet Day” was released in 1995 as the second single from Carey’s album “Daydream.” Both Carey and Boyz II Men were at the peak of their power in the mid-’90s, and each holds records of their own so, of course, their collaboration was a sure success.

Listen to “One Sweet Day” here.

The music video for “Dynamite” by K-pop icons BTS broke the record for most YouTube views in 24 hours. In August 2020, BTS – K-pop superstars and “the world’s biggest boyband,” according to Forbes – released their first English-only song, “Dynamite.” The music video amassed a staggering 101.1 million views in just 24 hours of its release, breaking their own record over a year after they set it with their song, “Boy With Luv,” featuring Halsey.

“WAP,” the collaboration between Cardi B and Megan Thee Stallion, broke many records. For one, it became the first female rap collaboration to debut at No. 1. 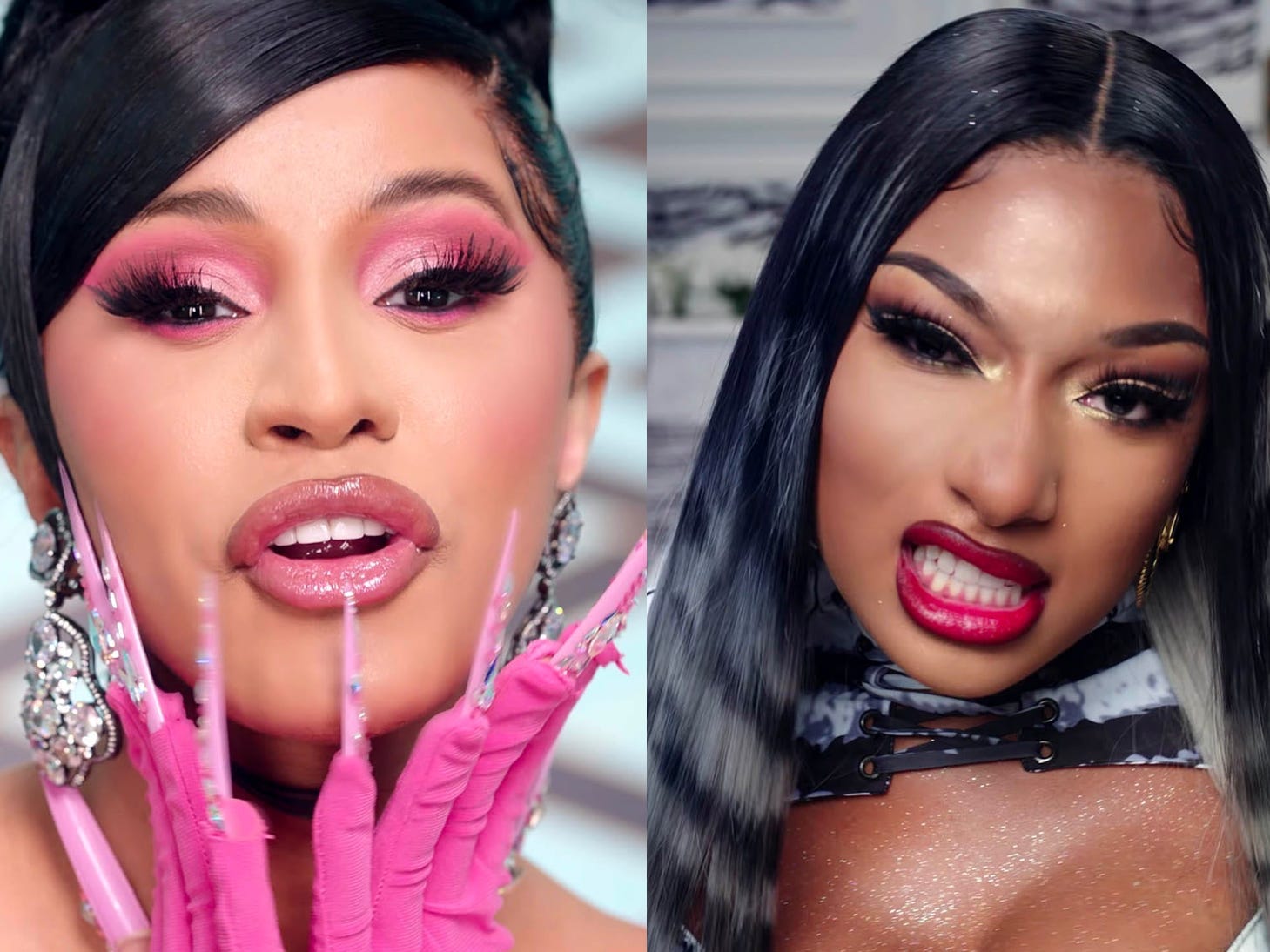 YouTube/AtlanticCardi B and Megan Thee Stallion in ‘WAP.’

With “WAP,” Cardi B became the first female rapper to have No. 1 songs in two different decades (“Bodak Yellow,” “I Like It,” and “Girls Like You” all topped the charts in the 2010s). She also extended her record as the female rapper with the most No. 1 hits (four), and, as stated, the song became the first female rap collab to debut atop the charts, as both the Nicki Minaj remix of “Say So” and the Beyoncé remix of “Savage” also hit the top of the charts this year.

Also, according to Billboard, with 93 million streams, “WAP” has the “greatest ever [numbers] for a song in its first week of release.” 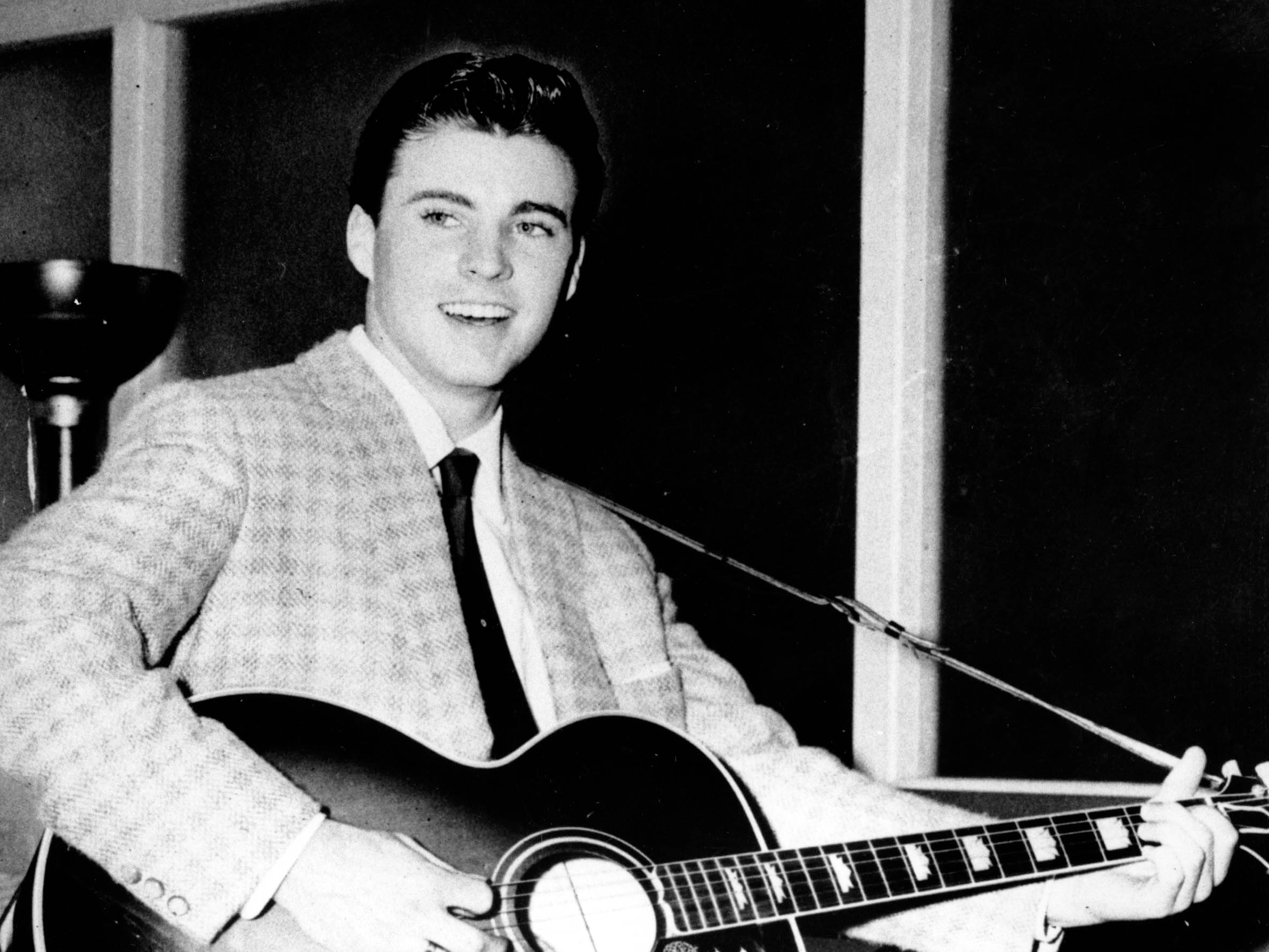 The Billboard Hot 100 didn’t exist until 1958, though it has since become a part of any music fan’s life. The very first song to earn the distinction of Hot 100 chart-topper was “Poor Little Fool” by teen idol and star of “The Adventures of Ozzie and Harriet,” Ricky Nelson.

The song with the longest journey to No. 1 is none other than “Macarena (Bayside Boys Mix)” by Los Del Rio, which took 33 weeks to reach the top of the charts. The song was originally released in 1995 to little fanfare, but once the Bayside Boys stepped in, the song became a megahit, topping the charts in August 1996, 33 weeks, or seven and a half months, after it debuted. It stayed at the top for 14 weeks.

“Jingle Bell Rock” helped Bobby Helms set the record for a musician with the longest gap between their first Hot 100 song and a place within the top 10. Over the next six decades, Helms failed to chart another song, until January 2019 when his iconic Christmas jam “Jingle Bell Rock” made it to No. 8 – 62 years after it was written. In 2020, it rose to a new peak, reaching No. 3.

It means Helms holds the record for the longest gap between a musician’s first appearance on the Hot 100 and their first top 10 hit.

“Radioactive” by Imagine Dragons holds the record for the longest time on the Hot 100, remaining on the chart for 87 weeks, or almost two years. But Post Malone’s “Circles” spent 39 weeks in the top 10, the most time any song has spent there. 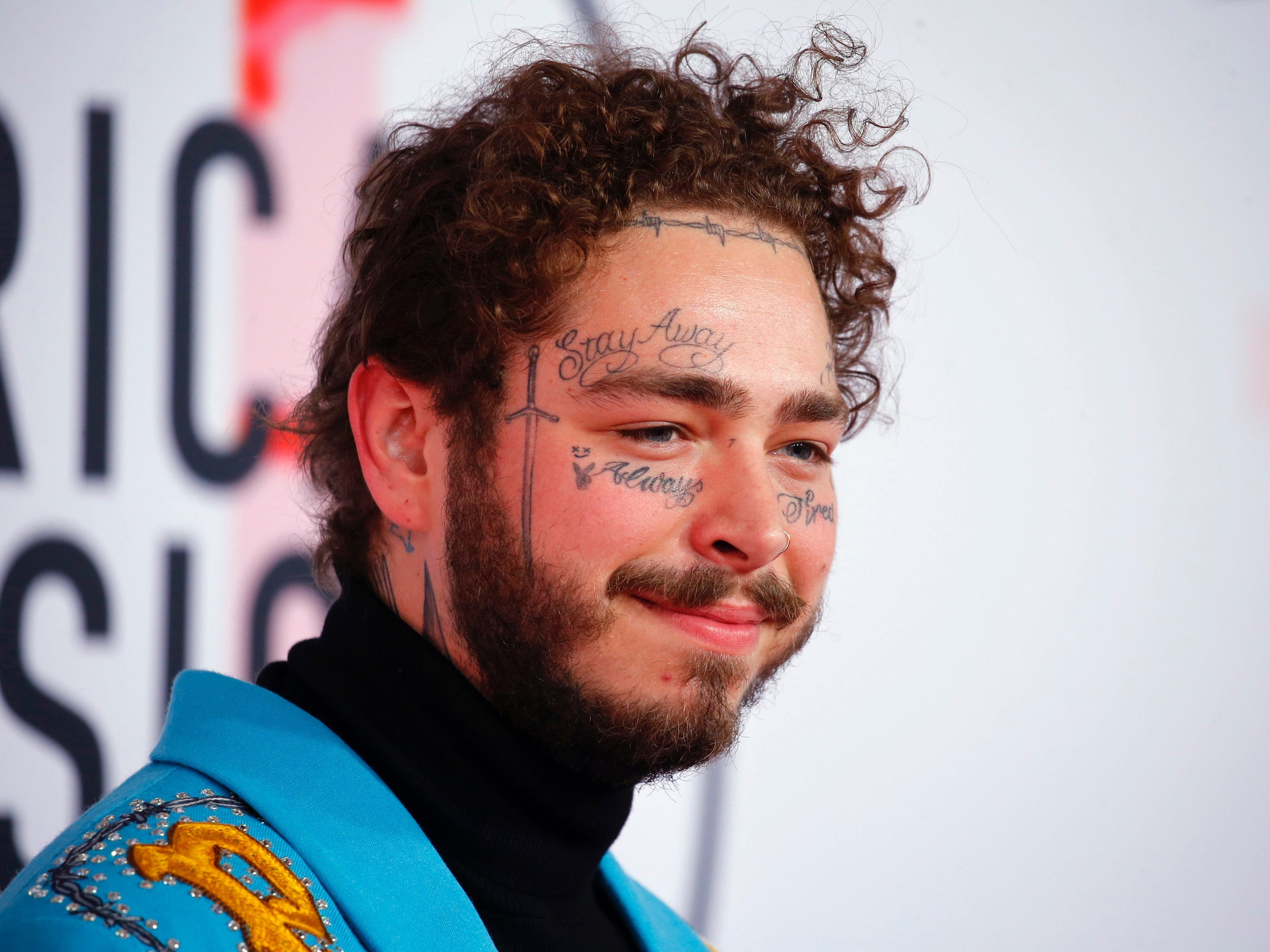 The shortest song to ever hit No. 1 is Maurice Williams & the Zodiacs’ “Stay,” which is just a minute and 38 seconds long.

Bing Crosby’s “White Christmas” holds the Guinness World Record for the best-selling single of all time. 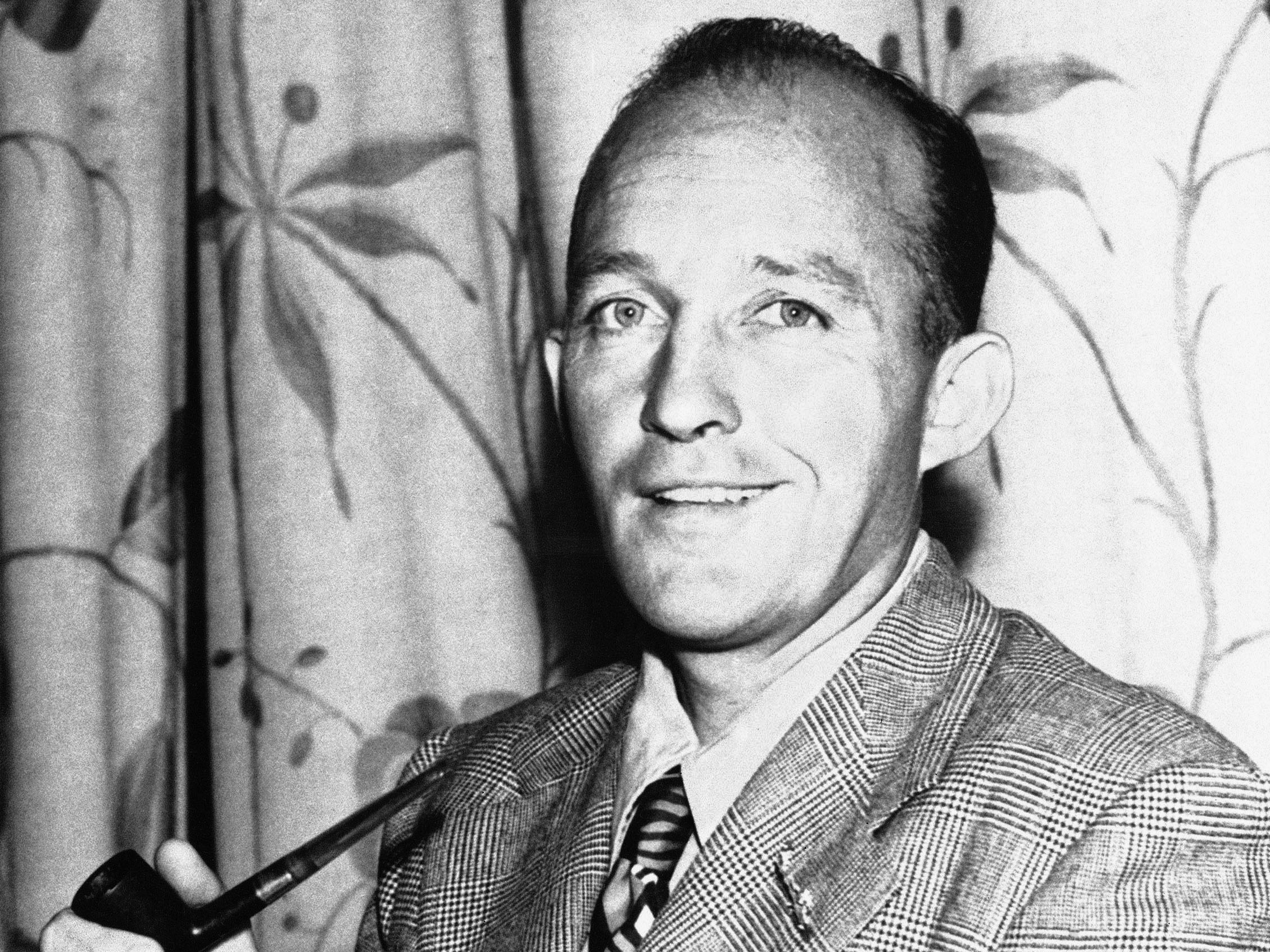 According to Guinness, this iconic Christmas tune is the best-selling single of all time, with an estimated 50 million copies sold around the world. “White Christmas” earned this honour in 2012, 70 years after its release.

Both “Work It” by Missy Elliott and “Waiting for a Girl Like You” by Foreigner are the longest-running No. 2s that never hit No. 1. They each sat at the second spot for 10 weeks. 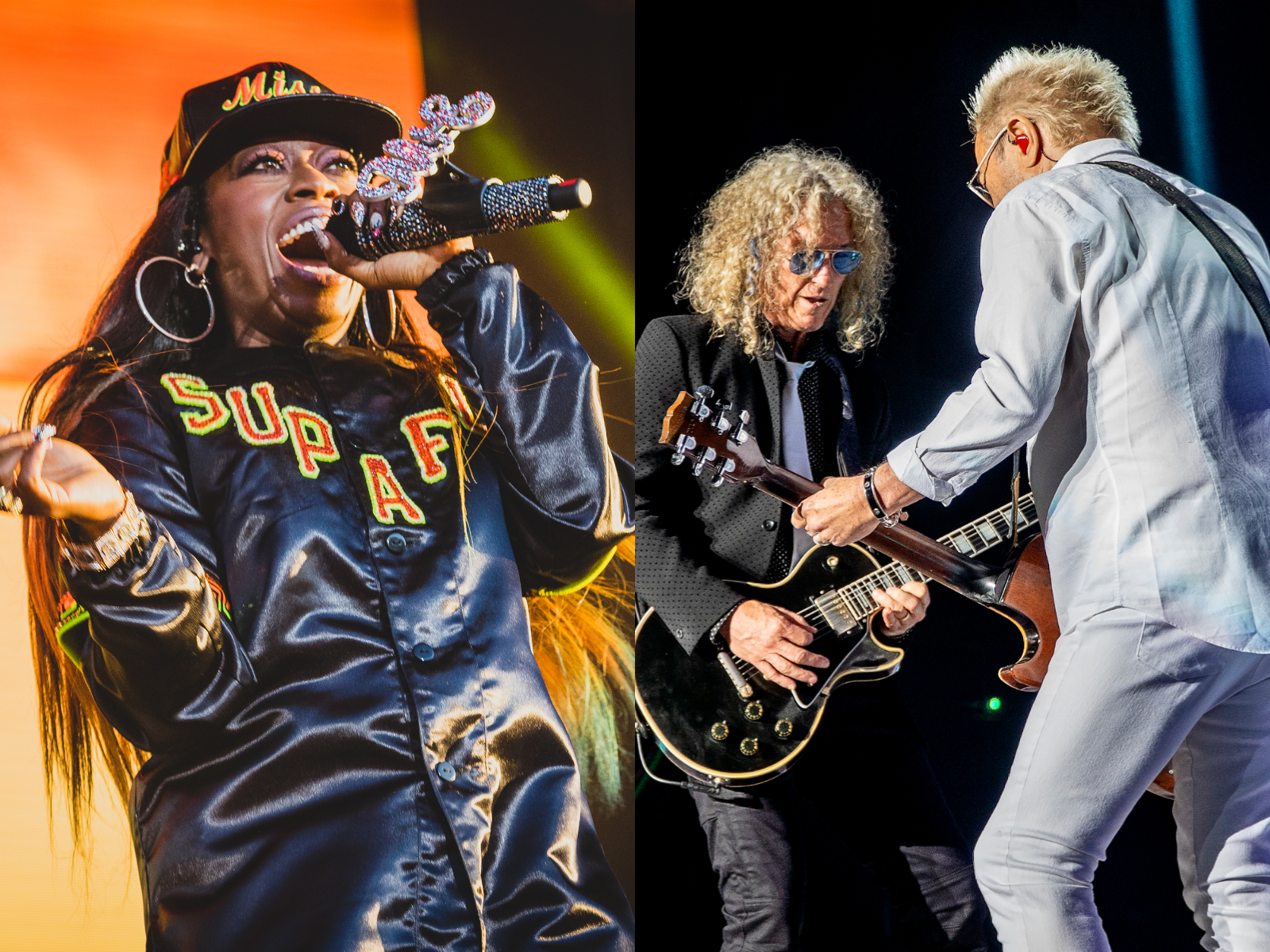 At first, Foreigner’s 1981 hit held the record solo when “Waiting for a Girl Like You” sat at the almost-top spot for 10 weeks. But in 2002, “Work It” came along and matched their record.

Listen to “Waiting for a Girl Like You” here and listen to “Work It” here.

Michael Jackson made history when his single “You Are Not Alone” debuted at the top of the Hot 100. 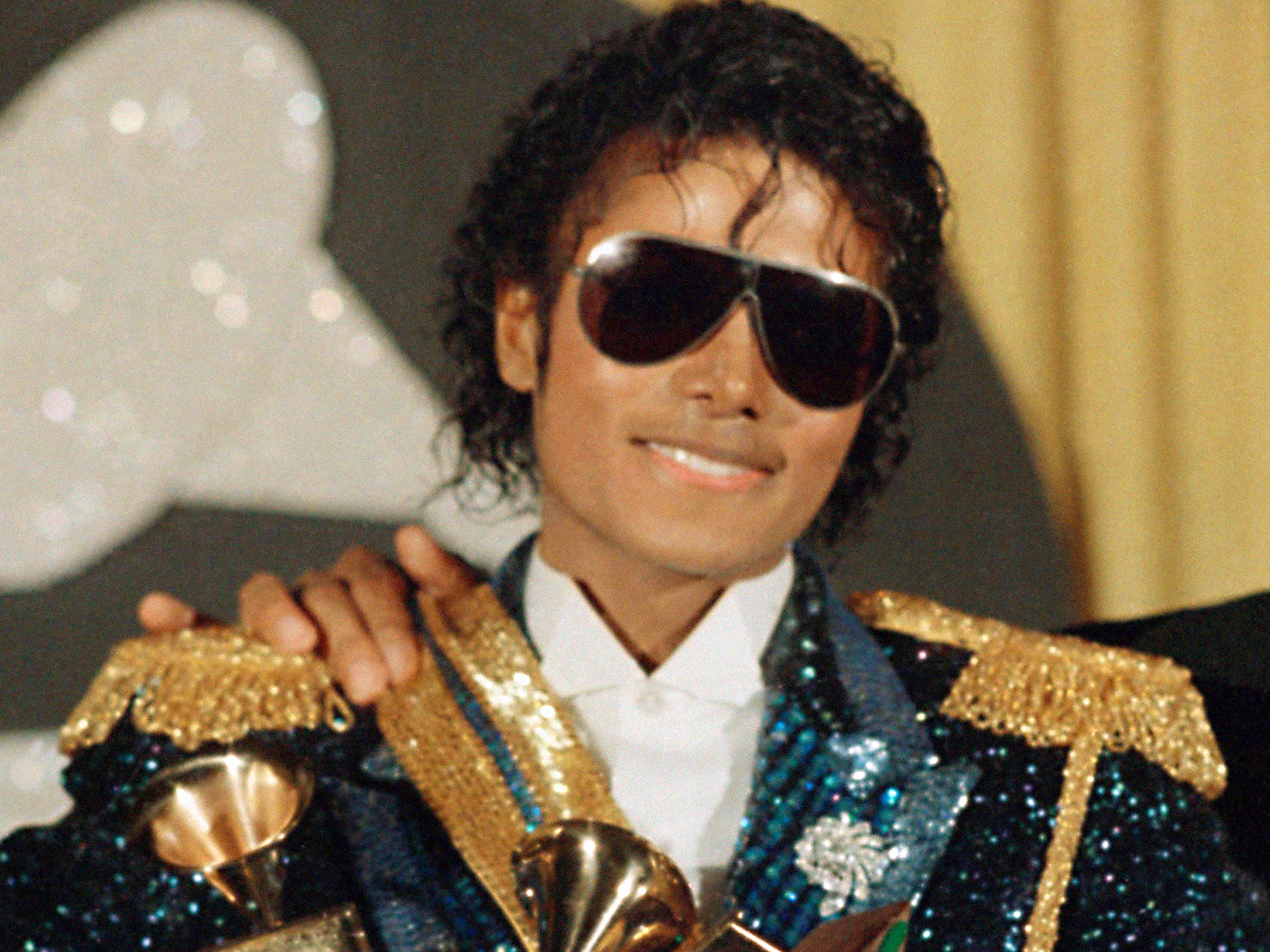 Listen to “You Are Not Alone” here.

“Shape of You” by Ed Sheeran is the most streamed song ever on Spotify. It has garnered over 2.5 billion streams. Spotify announced in December 2017 that the most streamed song of all time was “Shape of You,” the most popular single from Sheeran’s mega-hit album “Divide.” At the time, it had been streamed over 1.6 billion times. Now, it holds that title with 2.5 billion streams total.

Listen to “Shape of You” here.

“My Life Would Suck Without You” holds the record for largest jump to No. 1. It rocketed to the top from No. 97. 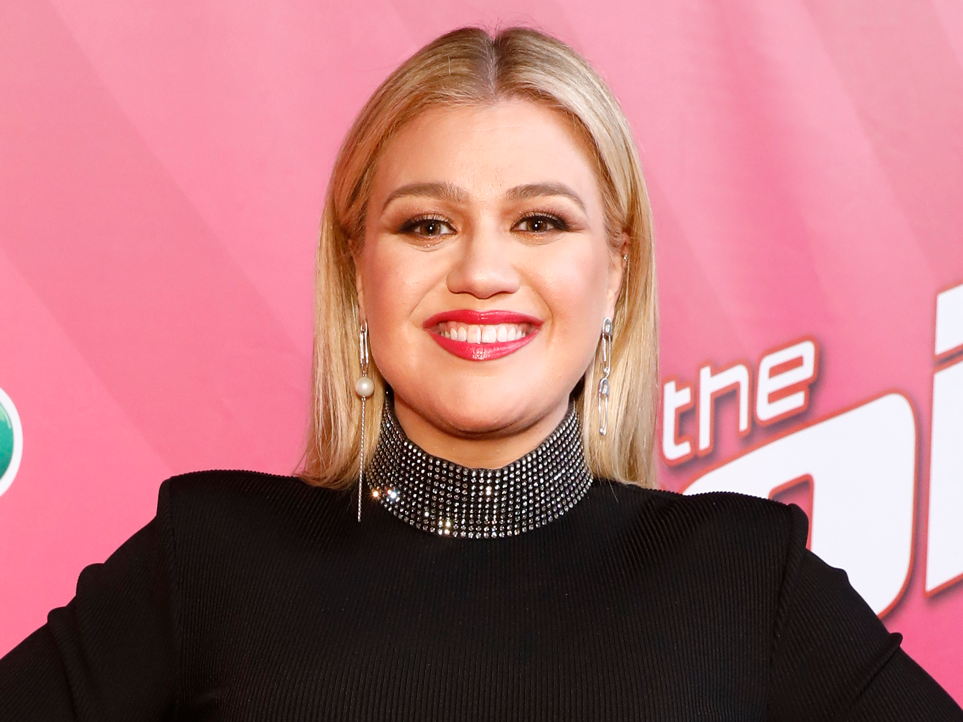 This Kelly Clarkson power-pop song made it to No. 1 in its second week. It debuted at 97, before jumping a record 96 spots in a single week.

Listen to “My Life Would Suck Without You” here.

“Can’t Buy Me Love” made The Beatles the only act in history to replace themselves twice for three consecutive No. 1s. 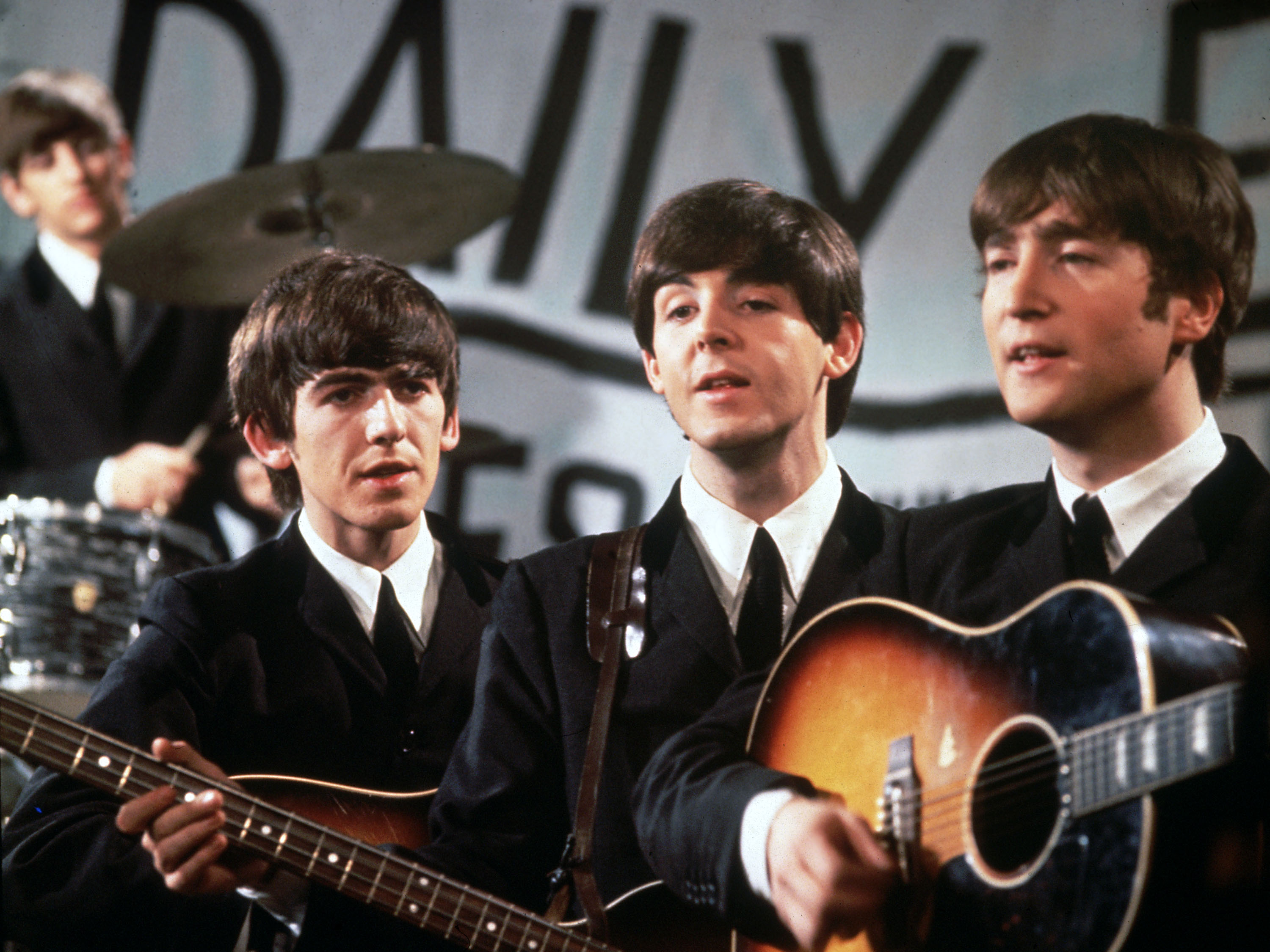 A fair few artists have replaced themselves at No. 1, including Taylor Swift, The Weeknd, and Outkast. But The Beatles remain the only musicians to replace themselves at the top spot not once, but twice. First up, “I Want to Hold Your Hand” hit No. 1 in February 1964, where it remained for seven weeks. It was then replaced by “She Loves You,” which stayed at No. 1 for two weeks.

But they set the record with “Can’t Buy Me Love,” which marked their third consecutive No. 1, and it made them the only act before or since to replace themselves twice.

When “Hello, Dolly!” reached No. 1, it did two things: It made Louis Armstrong the oldest person to have a No. 1 song, and it ended The Beatles’ three-song reign.

Armstrong was 62 years old when “Hello, Dolly!” peaked at the top of the charts in 1964 for a week, making him the oldest musician to achieve this feat. The song later went on to win the Grammy for Best Vocal Performance Male, and it was Armstrong’s biggest hit.

And “Dur dur d’être bébé! (It’s Tough to Be a Baby)” made 4-year-old Jordy Lemoine, known as Jordy, the youngest musician to top the charts.

Alain BUU/Gamma-Rapho via Getty ImagesFrench singer Jordy and his parents Claude Lemoine and Patricia Clerget in 1993.

Jordy is the youngest person to ever have a No. 1 song when his song “Dur dur d’être bébé! (It’s Tough to Be a Baby),” topped the charts in 1992. However, his music was banned in his home country of France due to concerns that his parents were exploiting him.

It had also been 34 years since her first No.1 hit “I Got You Babe,” also a record. “Believe” proved that even three decades in, Cher remained the Goddess of Pop.