China censored people who spoke out about the coronavirus, but there's reason to believe the country's numbers are still trustworthy 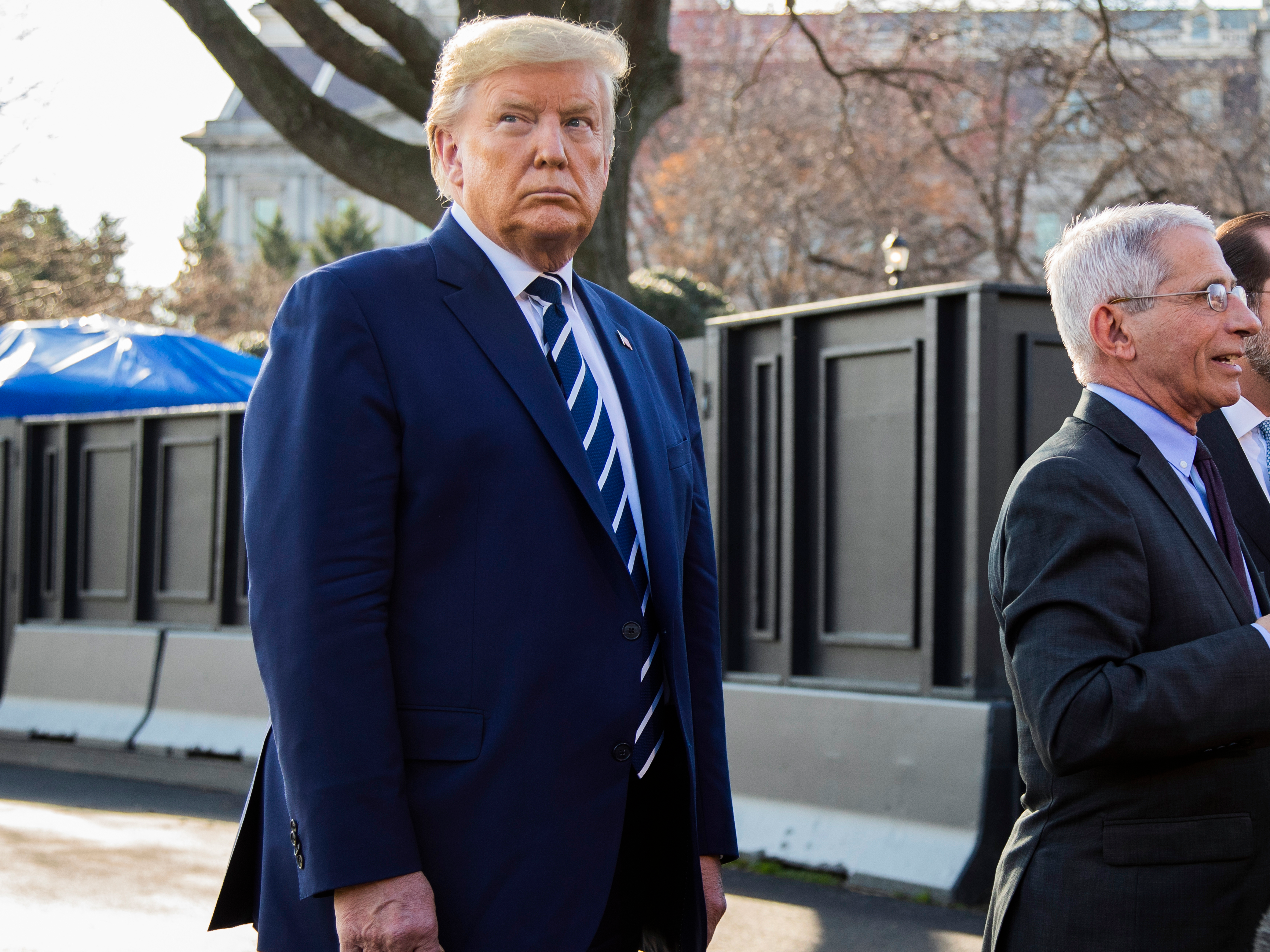 As the Grand Princess cruise ship approached the California coast earlier this month, carrying at least 21 passengers with the coronavirus, President Donald Trump said he was hesitant to let them disembark – he said he didn’t “need to have the numbers double because of one ship.”

At the time, the number of coronavirus cases in the US hovered around 300. (In the weeks hence, that number has skyrocketed to more than 53,000.) The irony is that the US’ “numbers” of confirmed coronavirus cases have not always been easy to find and track. The Centres for Disease Control and Prevention website has a coronavirus landing page that should, in theory, give an accurate snapshot of how many cases are in the US, which states or counties those patients are in, and how many tests have been administered.

The CDC is no longer reporting how many people in the US have been tested for the coronavirus (the statistic has been repeatedly removed and re-added to the landing page). Currently, it says: “State and local public health departments are now testing and publicly reporting their cases. In the event of a discrepancy between CDC cases and cases reported by state and local public health officials, data reported by states should be considered the most up to date.” 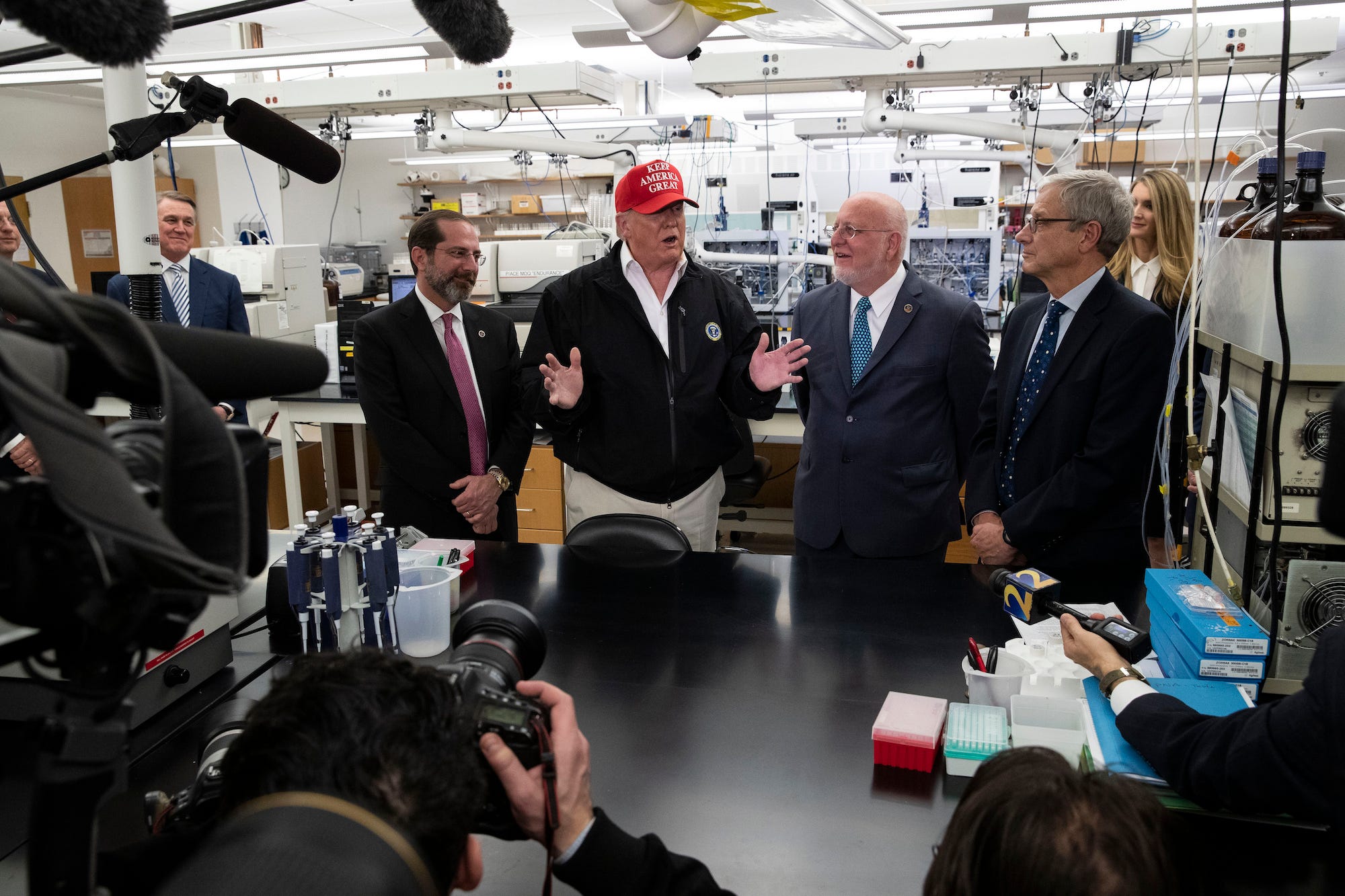 Associated Press/Alex BrandonPresident Donald Trump speaks at a meeting about the coronavirus at the Centres for Disease Control and Prevention, March 6, 2020 in Atlanta.

In China, by comparison, the National Health Commission (NHC) has been aggregating all of its coronavirus information on its website and releasing predictable, daily updates since February 3.

China still has the highest number of coronavirus cases in the world – about 81,500 – but the number of new cases reported per day has declined significantly. In the past two weeks, the country has reported less the 50 new coronavirus cases each day, suggesting China has gotten its outbreak under control.

Many people have not been inclined to trust the data coming out of China throughout this pandemic, given the Chinese Communist Party’s track record of censoring whistleblowers and citizen journalists. The country’s documented obfuscation and secrecy during the SARS pandemic 18 years ago doesn’t help, either – during that outbreak, China delayed informing the World Health Organisation for months.

But this time around, there’s good evidence that we should be believe China’s numbers.

China’s past (and present) mistakes

In 2002 and 2003, as the SARS coronavirus spread worldwide, China did not report the outbreak to the WHO until four months after the first case. Government officials ordered healthcare workers to obfuscate the state of the outbreak, hiding patients from WHO officials. 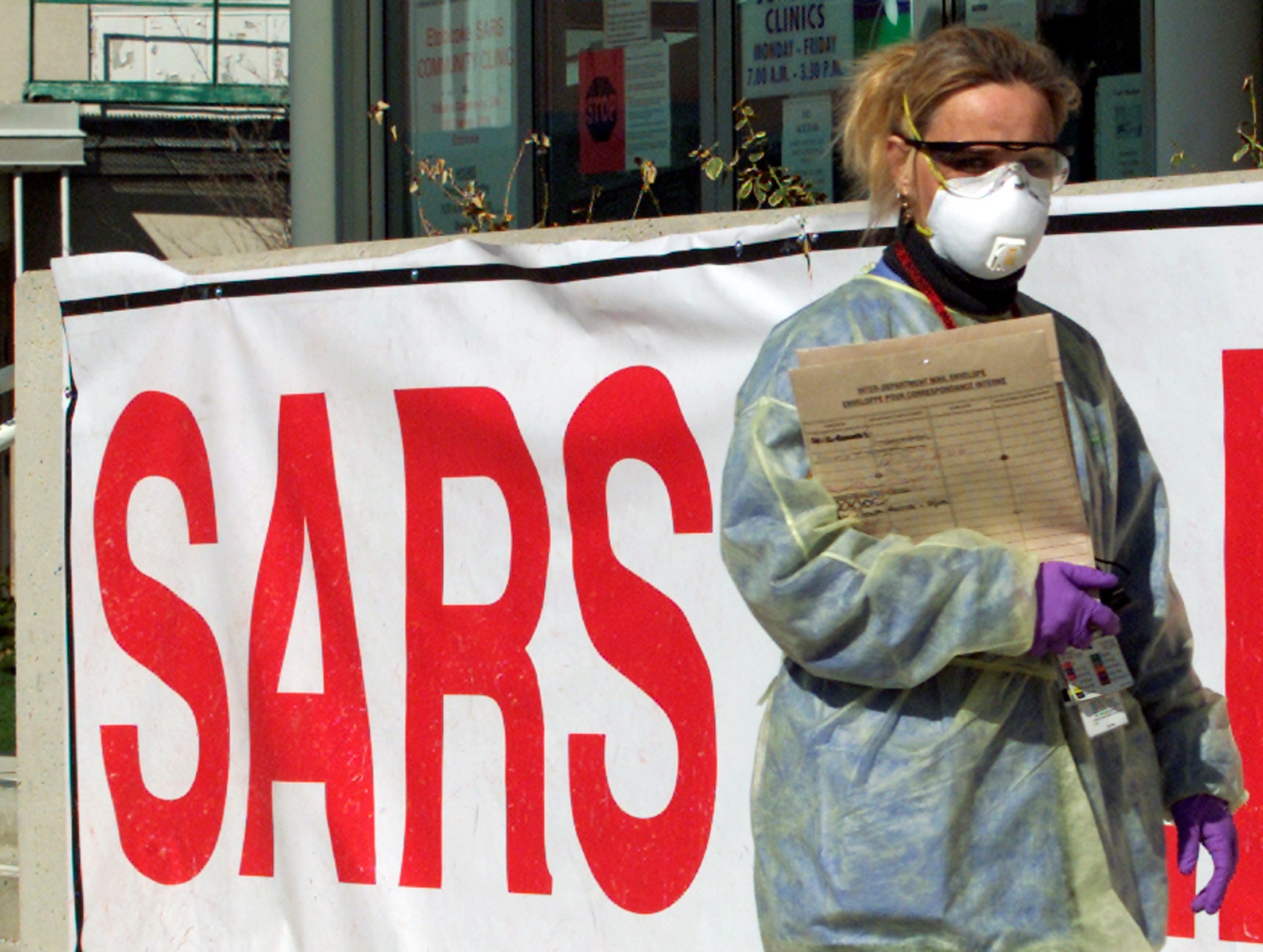 During the current outbreak, at least five people in China have disappeared, gotten arrested, or been silenced after speaking out about the coronavirus. Wuhan police forced Li Wenliang, a 34-year-old doctor who warned his colleagues about the outbreak on December 30, to sign a letter stating he was making “false comments.” He died five weeks later from the virus.

This censorship, paired with the legacy of China’s SARS response, has raised questions about the legitimacy of its coronavirus data. On February 15, a senior administration official told CNBC that the White House does “not have high confidence in the information coming out of China.”

But Yanzhong Huang, a senior fellow for global health at the Council on Foreign Relations, told Business Insider that said it’s in China’s best interest to report accurate numbers during this outbreak. That’s what allows officials to respond effectively.

“Science-based, evidence-based decision-making is certainly not unique to democracy,” he said.

Huang also wrote in a CFR blog that “the SARS crisis has forced the Chinese leaders to take steps to be more open and transparent in disease reporting and information sharing.”

Why China’s data may be trustworthy

Huang said that although the numbers coming out of China for the first few weeks after the earliest cases were reported were “probably not trustworthy,” a turning point came on January 20, when president Xi Jinping publicly spoke about the virus and ordered “resolute efforts” to bring the outbreak under control.

There are five pieces of evidence that suggest China’s coronavirus data has been trustworthy since then.

First, Huang said, compare Chinese data to the numbers coming out of South Korea now: South Korea has reported a case fatality rate of less than 1%, which matches fatality rates outside China’s Hubei province. According to Liang Wannian, a top Chinese health official, the fatality rate in Hubei was between 3% and 4% because the province’s healthcare system was overwhelmed by the number of cases, and doctors didn’t know how to best treat the virus at the start of the outbreak. Second, the Hubei province has been releasing daily case and death numbers online at a predictable time every day throughout the outbreak. China’s other provinces have been similarly diligent. Those numbers are all funneled into the National Health Commission’s daily coronavirus briefings, which list China’s total case counts, the locations of those cases, and the number of suspected cases broken down by province.

Third, although China has changed the way it counted cases several times, this was done transparently. On February 13, China’s case count seemed to spike – 15,000 new cases were reported in 24 hours. But the Hubei Health Commission publicly announced that it had started including diagnoses made via CT scans of patients’ lungs in its case total, rather than just patients with confirmed lab-test results. That change in diagnosis method allowed hospitals to identify the patients and isolate them faster, the commission said, according to Reuters. Even though it meant the numbers jumped dramatically, China was forthcoming about this change. 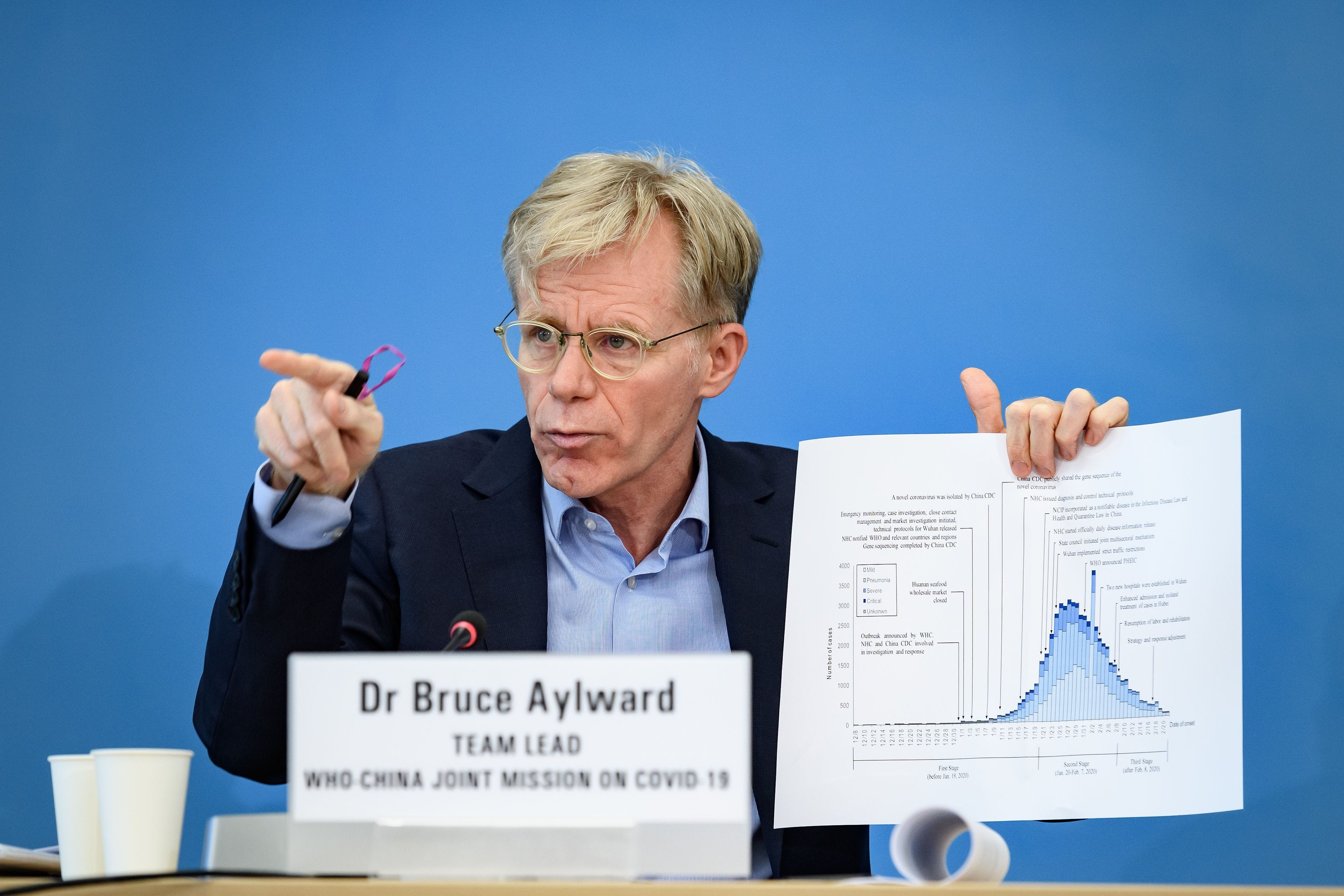 Fabrice Coffrini / AFP via Getty ImagesBruce Aylward, team leader of the joint mission of the World Health Organisation and China on COVID-19, in Geneva on February 25, 2020.

Fourth, the Chinese CDC and members of the WHO released a comprehensive report on February 28 that detailed the state of the outbreak in China after a nine-day exploration of the situation on the ground. An analysis of some 56,000 cases revealed critical information about what age brackets were at the greatest risk, how patients contracted the virus, and how, when, and where the virus had spread.

Lingering questions about coronavirus numbers in the US

In the US, by contrast, it’s much harder to find data and information about the outbreak.

To start, the CDC divides the number of US cases into two categories: stateside and repatriated cases, which can create confusion about how many sick Americans are actually being quarantined and treated. 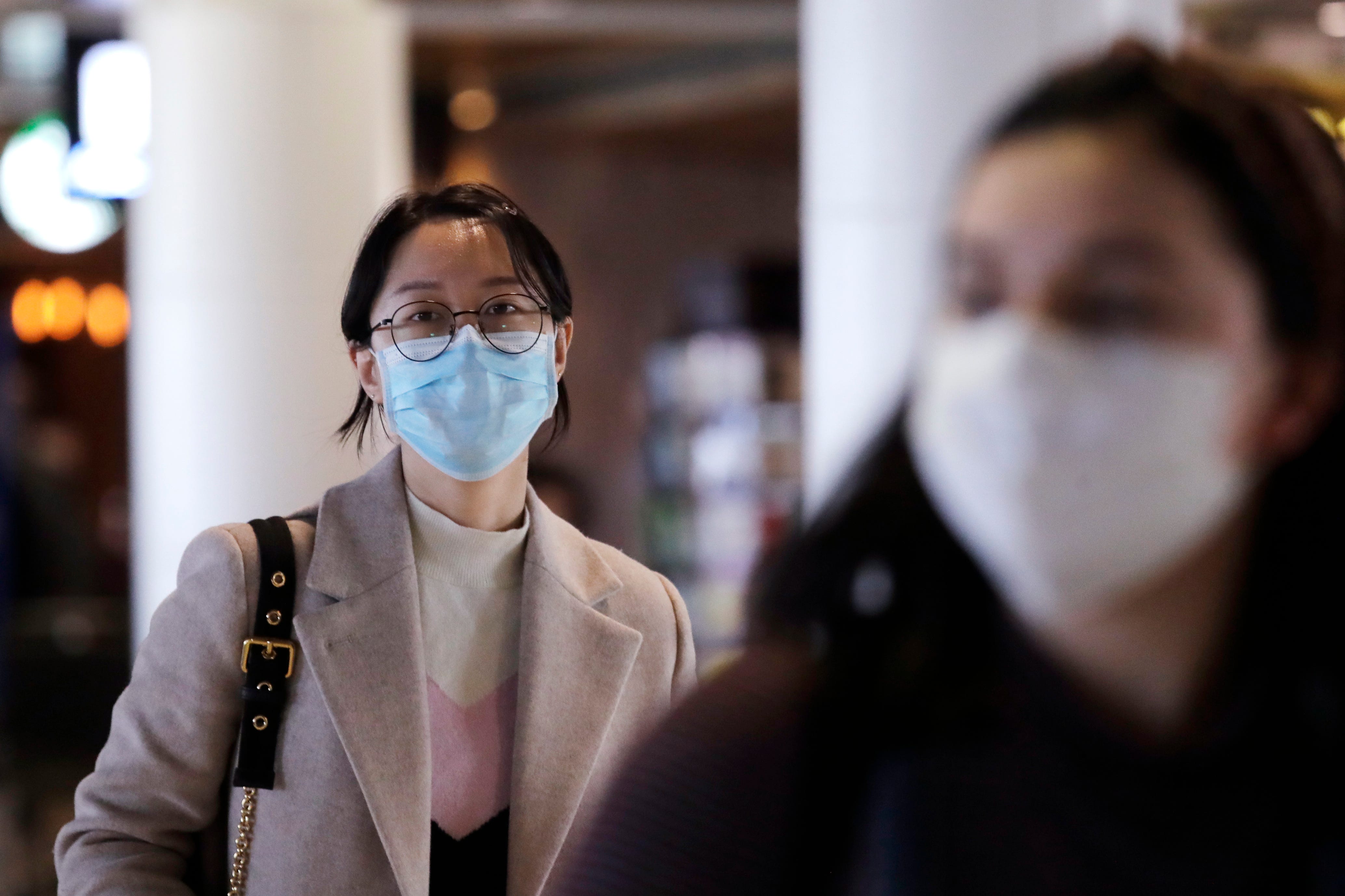 Second, as the number of confirmed US cases started to climb in the last week of February, the CDC did not update case numbers regularly on its site. A state-by-state map was only added March 1, after the number of coronavirus cases quadrupled over 10 days. Nancy Messonnier, director of the National Centre for Immunization and Respiratory Disease, said on March 2 that those who wanted to know how many cases were in their state should look up “state case counts, which are more up-to-date than CDC counts.”

Data about how many tests have been done in the US isn’t listed on the CDC website, either. The agency’s official test count – which had previously been updated daily – was stripped from the site on February 29, re-added the following week, and then taken off again on March 10. It’s still missing.

Estimates of testing numbers differ depending on which government agency you ask. For example, the CDC reported that 1,707 patients had been tested on March 8, but the day prior, US Food and Drug Administration Commissioner Stephen Hahn suggested the number was about 5,800, according to CNN (though he said the federal government didn’t know how many Americans had been tested). According to the COVID Tracking Project, a test-tracking resource from two journalists at The Atlantic and the founder of a medical-data startup, 359,000 tests have been run in the US as of Tuesday. They noted, however, that those figures may be incomplete because of different states’ policies on reporting negative tests.

‘China’s experience is not replicable’ in the US

China has tested hundreds of thousands of people for the coronavirus – the joint Chinese CDC-WHO report revealed that 320,000 tests were performed in the province of Guangdong alone between January 30 and February 16. Part of China’s incentive to test so broadly and report accurate numbers, Huang said, is that it helps structure appropriate policy in a time of crisis and helps show the government is functioning well.

Huang says the US’ testing numbers shouldn’t be compared to China’s, however. 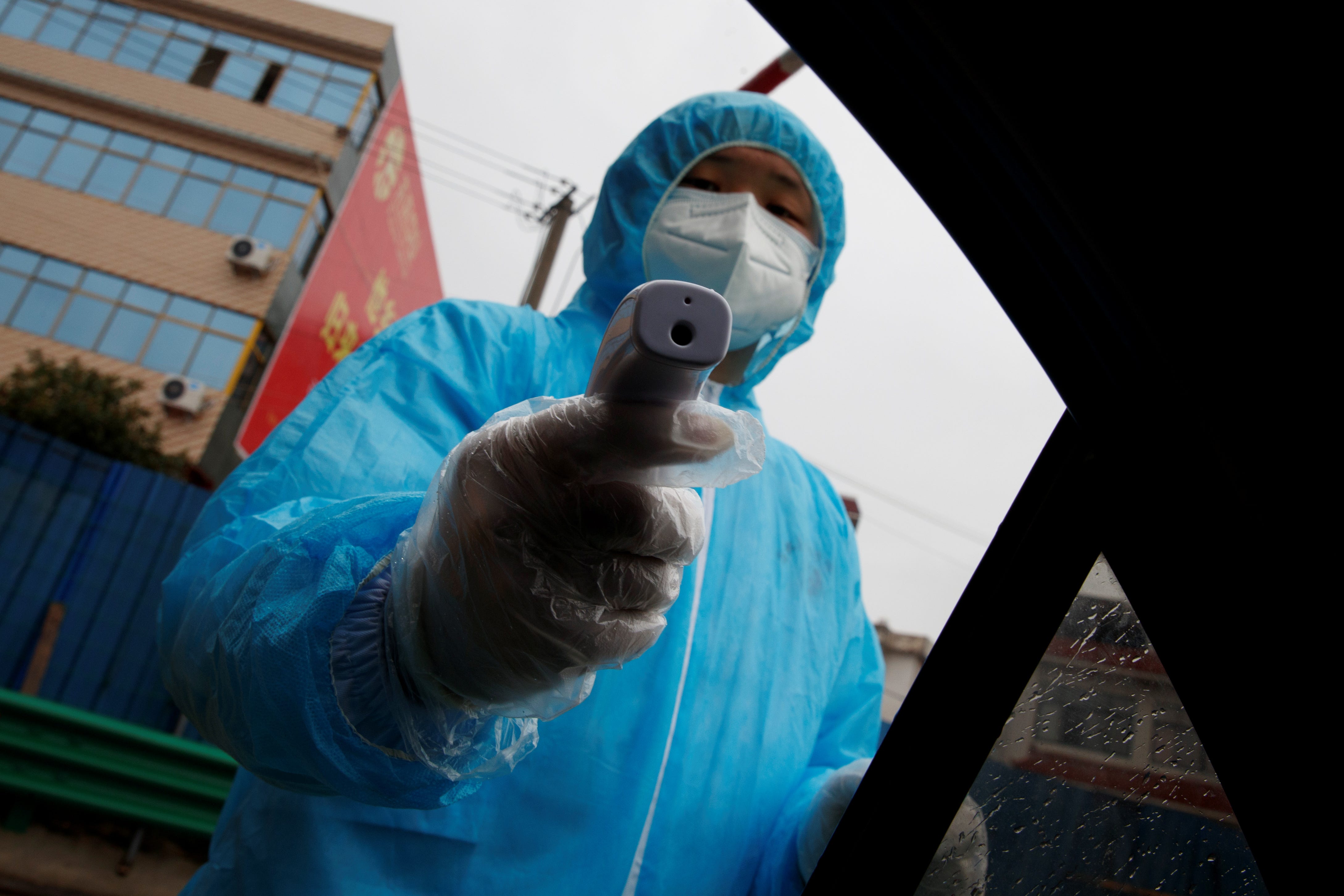 Thomas Peter/ReutersA medical worker holds a thermometer to check a passenger’s temperature at a checkpoint in Anhui province, China.

“China is a totalist state. The government can do everything, and immobilize society easily,” he said, adding: “In the US, even though we want to test every case, that is impossible. China’s experience is not replicable here, but that doesn’t make it OK for the CDC to be making these mistakes.”