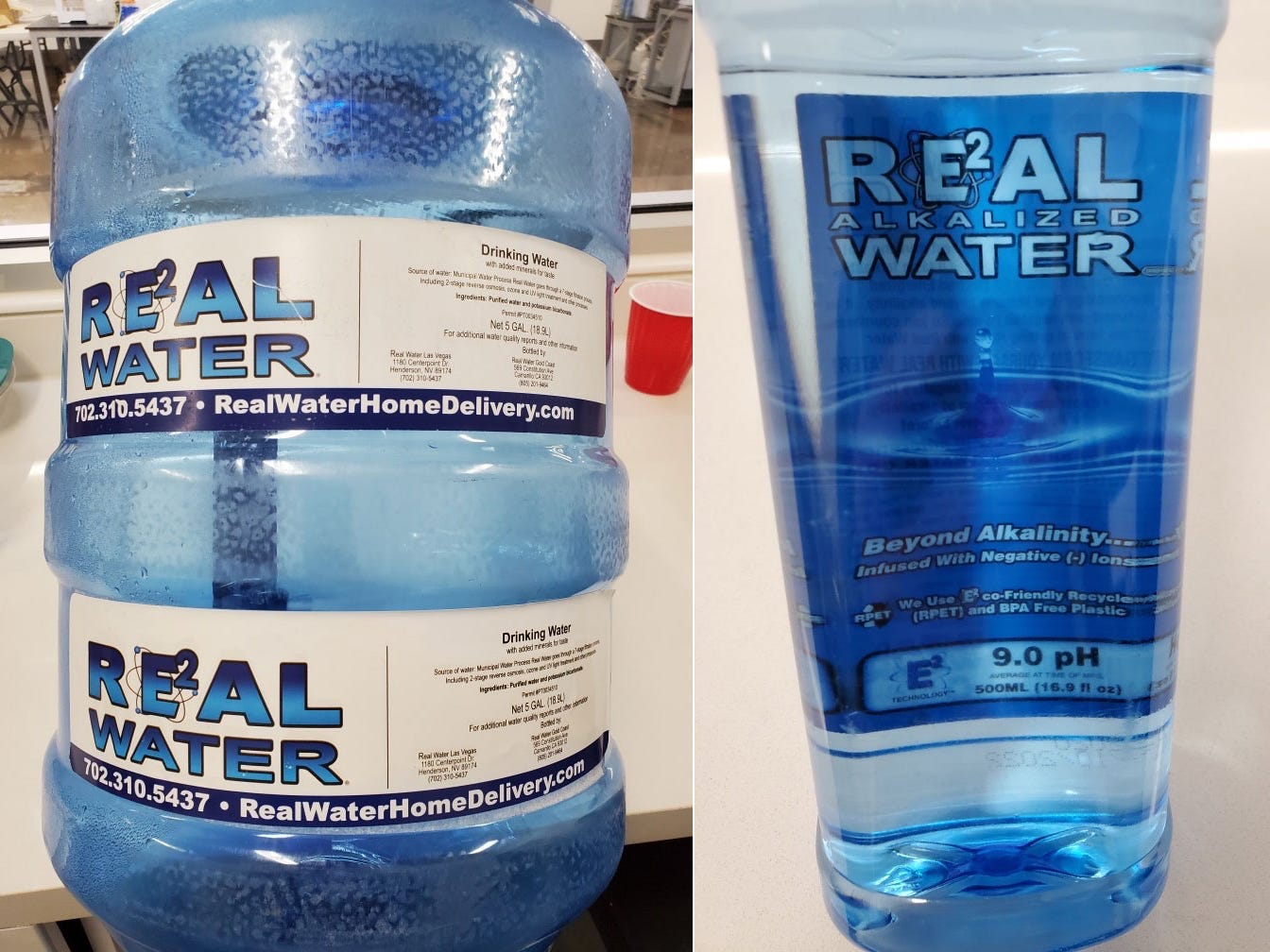 US FDAThe FDA has recommended that people don’t drink Real Water while it investigates cases of hepatitis.

Health authorities are urging Americans to avoid Real Water-branded alkaline water after five children in Nevada were hospitalized with liver failure after drinking it.

One family in the state has also sued the beverage brand.

Authorities including the Centers for Disease Control and Prevention (CDC) said Tuesday they had launched an investigation, but could not yet confirm that the water caused the illnesses.

The Food and Drug Administration (FDA) told consumers, restaurants, and retailers not to drink, cook with, sell, or serve the product until more information is known about the cause of the illnesses.

In November 2020, five infants and children from across four households in Clark County, Nevada were hospitalized with acute non-viral hepatitis, which caused acute liver failure, the authorities said. All have since recovered.

Other adults and children from two of the households experienced less severe symptoms, including fever, vomiting, nausea, loss of appetite, and fatigue, the authorities said.

Acute non-viral hepatitis can be caused by exposure to toxins, autoimmune disease, or drinking too much alcohol.

Real Water says that its water is pH 9.0 and is “infused with negative ions.” It claims that this means the water “can help your body to restore balance and reach your full potential.” The brand is owned by Las Vegas-based company Affinity Lifestyles.com.

The patients all drank Real Water’s alkaline water before falling ill, which the FDA said was “the only common link” between the cases.

“Epidemiologic information currently indicates that this alkaline water product may be the cause of the illnesses,” it said.

Additional products could be connected to the “outbreak,” it added.

Real Water told News 3 Las Vegas, an NBC-affiliated station, that it would “work with the FDA to achieve a swift resolution.

“While the potential problem arose in Las Vegas, we are taking proactive steps to stop selling and distributing real water products throughout the United States until the issue is resolved,” it said. It had asked retailers to pull the product from shelves, it said.

Real Water did not immediately respond to Insider’s request for comment.

That same day, one of the families filed a civil complaint in Clark County that said three members of the household became ill after drinking the water, The Las Vegas Review-Journal reported.

Christopher Wren was hospitalized for several days in November after his bloodstream showed extremely high levels of an enzyme that indicates liver damage, while his two-year-old son was hospitalized with signs of liver malfunction, the lawsuit said, per the Review-Journal.

Emely Wren also suffered from extreme nausea and fatigue, but the couple’s daughter – who didn’t drink the water – had no symptoms, the Review-Journal reported, citing the lawsuit.

The water is sold throughout the US, and is packed in both Las Vegas and Nashville, Tennessee.

Real Water’s website has a gallery of photos of celebrities holding bottles of the product, including Kim Kardashian, Floyd Mayweather, and Miley Cyrus.