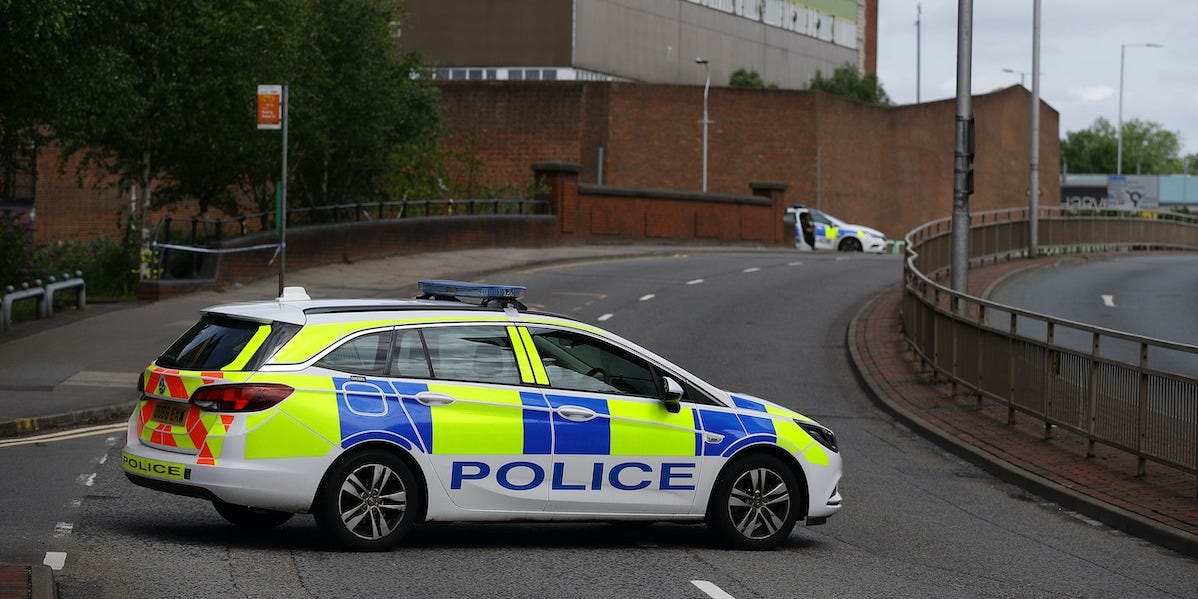 Richard Heathcote / Getty ImagesPolice close the ring road around the town centre close to Forbury Gardens on June 21, 2020 in Reading, England. A lone attacker targeted groups of people socialising in Forbury Gardens stabbing them in the neck in what police are treating as a terror incident. Three people have died and three more injured and are in serious condition. Officers from Counter Terrorism Policing South East (CTSPE) raided a block of flats in the city last night. A 25-year-old male Libyan National is in police custody.

A stabbing rampage in Reading, England, which resulted in three people being killed on Saturday has been declared a terrorist incident, according to police.

A 25-year-old man is in custody relating to the incident in which at least three other people were injured, Thames Valley Police said.

He was named as Khairi Saadallah, according to the BBC.

Metropolitan Police Assistant Commissioner Neil Basu, head of counter-terrorism policing, said: “This was an atrocity.” He added that police had found “nothing to suggest anyone else was involved.”

An eyewitness to the attack at Forbury Gardens – a park in Reading, south-east England – told the BBC that he saw a man moving between groups of people in the park, stabbing them.

A security source told the BBC that the arrested man is thought to be Libyan.

Chief Constable John Campbell of Thames Valley Police said: “I am deeply saddened by the events of last night.

“This was a truly tragic incident and the thoughts of Thames Valley Police are with all those who have been affected.

“Incidents of this nature are very rare, though I know that will be of little comfort to those involved and understand the concern that this incident will have caused amongst our local community.

“We will be working closely with our partners over the coming days and weeks to support the Reading community during this time, as well as with CTPSE as they progress their investigation.

“Police cordons continue to be in place and are likely to be for some time as CTPSE work further to investigate this incident and establish exactly what happened.

“I would urge the public to avoid the area at this time and thank the community for their patience. We will let you know as soon as the area is back open.

“I would also ask that the public avoid speculation.

“We would like to hear from anyone who has video footage. Out of respect for those deceased and injured, along with their loved ones, please do not circulate this footage on social media – this will be incredibly distressing.

The prime minister was updated on the ongoing investigation into the fatal stabbings.