Ron Perelman’s mother and father, Raymond and Ruth Perelman, just gave the University of Pennsylvania the largest gift in the history of the school: $225 million.Perelman’s family owned and ran American Paper Products, and later, he bought Belmont Iron Works, a manufacturer of structural steel.

Amy Gutman, the President of the University, wrote to students last night:

“Raymond and Ruth Perelman have contributed $225

Both Ron and Samantha Perelman, Raymond and Ruth’s granddaughter, went to the school (Ron went to Wharton).

The school already has a huge quad named after the Perelmans, and a medical centre. 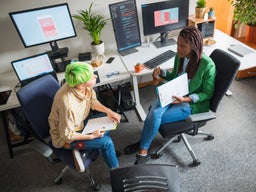