Westside Gunn. A Rapper. A Record Label Executive. A Collector of Contemporary Art. 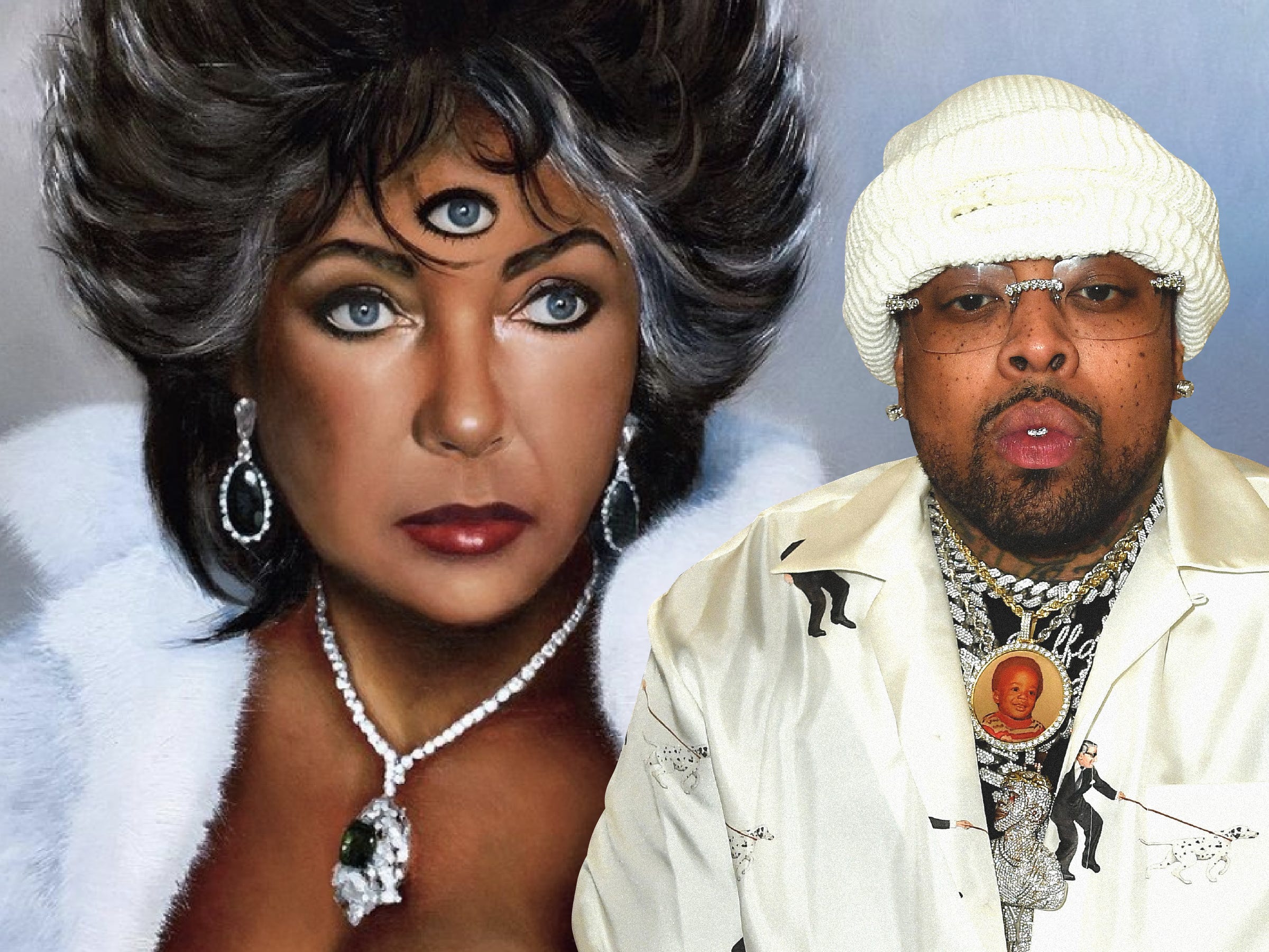 In the fifth grade, Alvin Lamar Worthy used to make comic books with his friends. They would map out story arcs and sketch out characters. Even back then, Worthy said, he knew he had a passion for the arts.

But growing up on the east side of Buffalo, New York, he said, he didn’t have the opportunities â€” or the money â€” to have a robust and expensive art collection.

Now it’s 2020 and the man who has become known as Westside Gunn just made his major-label debut as a rapper on Eminem’s Shady Records in early October.

For the past decade, the 38-year-old Gunn has been blazing a trail in the independent rap scene, including founding his own label, Griselda Records, a company that also has a fashion line, which has won a fan in Jay-Z. He’s also made songs with the likes of Busta Rhymes and Lil’ Wayne. 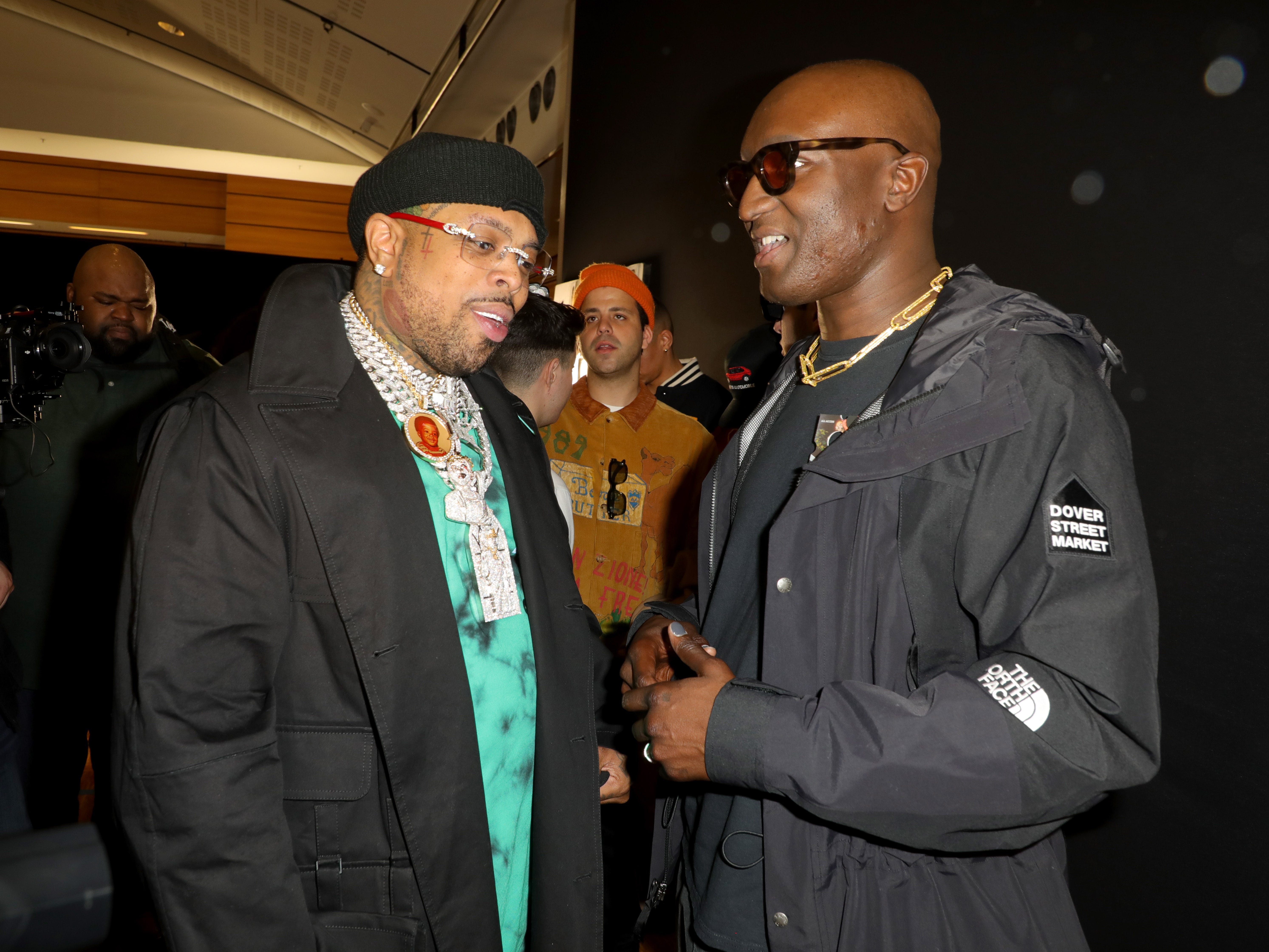 “I approach everything with art in mind first,” he told Business Insider. “It’s kind of like a religion to me.” 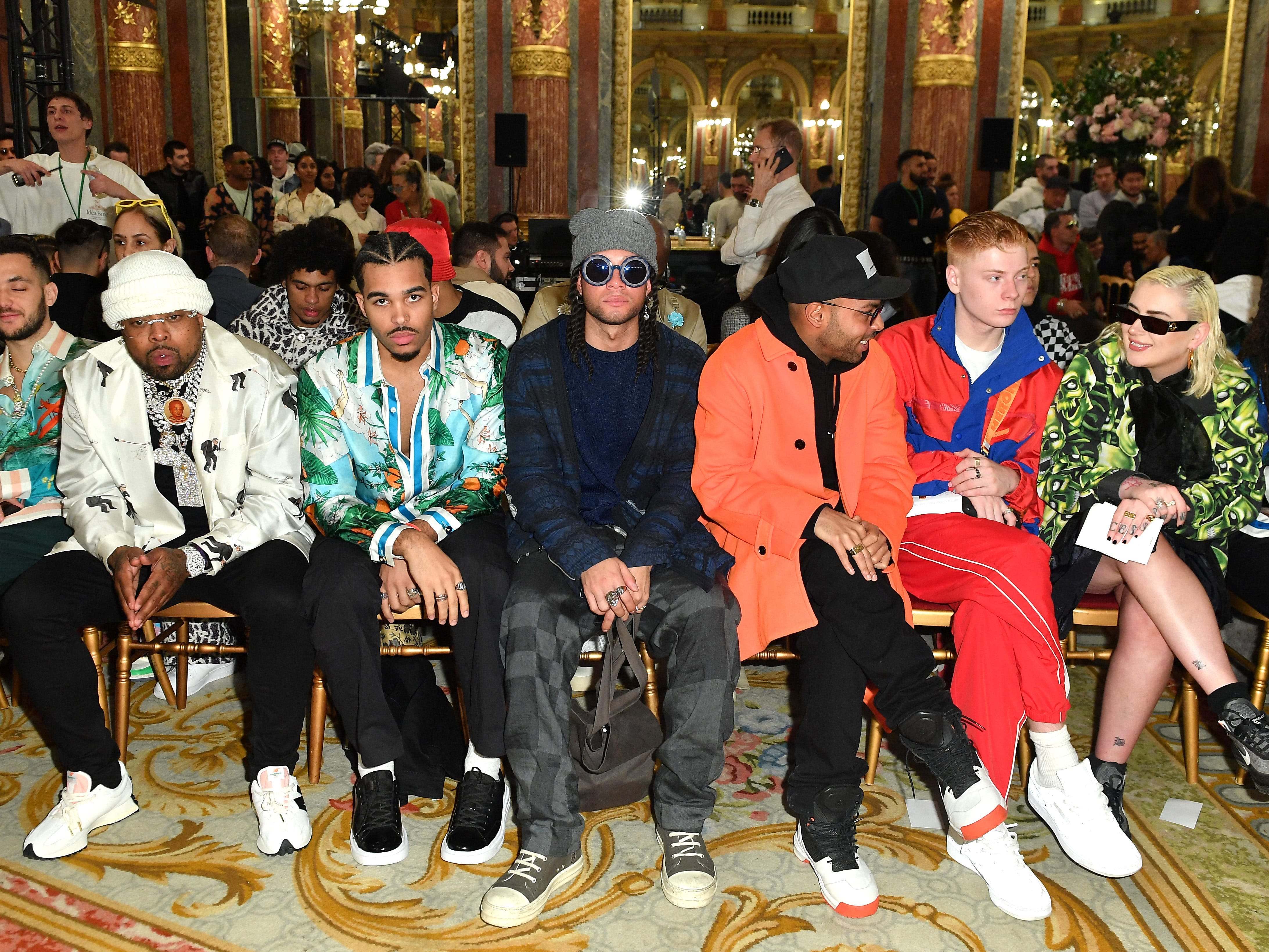 His art collection is worth almost $US1 million, he estimates. It consists of toys, paintings, and drawings, including original works created for his own music and promotional merchandising. He is big on commissioning and said he has about 50 to 100 pieces of artwork that were created just for him.

“I’m from the inner city, you wouldn’t even think looking at me that I’m into art that seriously,” he said. “But you come to my place, I literally just got a penthouse just for my art. It’s like a museum.”

Now that he has money to invest in art, he said, he’s kind of “playing catch-up” to the art-loving child he used to be in East Buffalo. “I just started getting the pieces and toys that I never had the opportunity to get before.”

In an interview with Business Insider, Gunn talked about how he uses artwork to market music, and how he’s been using the wealth generated from his music to invest back in the art that he loves.

Gunn got his start in the music industry by helping manage the rap career of his half-brother, Conway the Machine.

In the early 2000s, Gunn had given the rap game a go, but his life was disrupted after he pleaded guilty to conspiracy to providing false statements to a firearms dealer, according to records obtained by Complex. In 2006, he was sent to prison and was released in 2011.

A year later, Conway the Machine was shot in the head and neck, leaving half his face paralysed. Gunn said he’d never before thought of himself as much of a rapper, but now he was ready to take the music scene seriously.

At the time, Gunn was in his early 30s, meaning he was starting his real rap career pretty late. Most rappers start out young, he pointed out, and get signed in their early 20s. 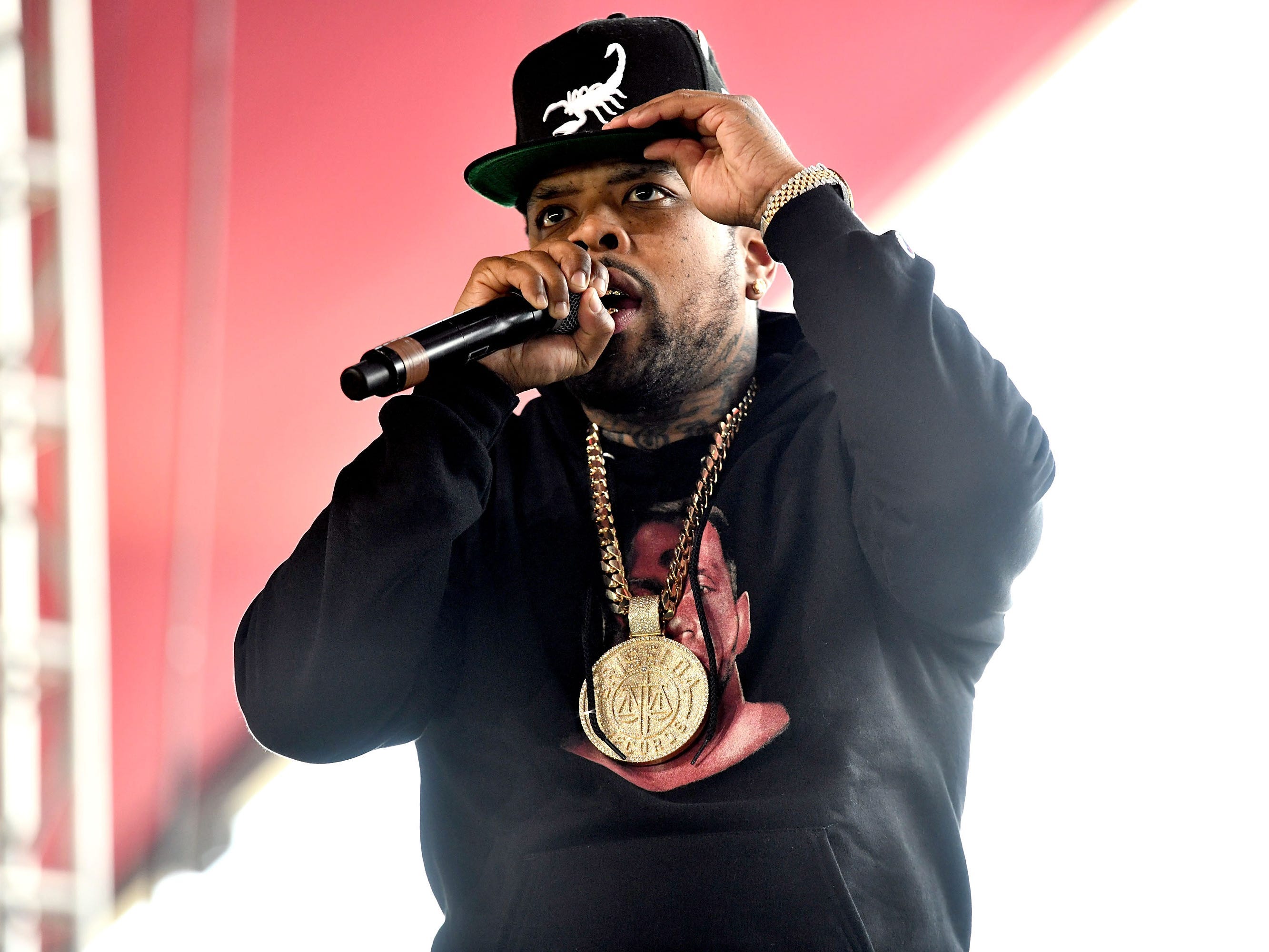 He started out by making music that eschewed the popular sounds played on the radio and in clubs and began to lean heavily into making underground music, which didn’t seem a straightforward path to success.

“People thought it was a bad investment,” Gunn continued. “But I felt at the time, it was supplying demand.”

He decided to stick to the indie route, formally launching Griselda Records in 2014 and signing Conway and his cousin, Benny the Butcher, to the label.

In 2017, after catching the eye of an executive at Eminem’s Shady Records, Griselda signed a deal with Shady’s distributor, Interscope, and in 2019, Gunn and Benny the Butcher signed management deals with Jay-Z’s Roc Nation.

I approach everything with art in mind first. It’s kind of like a religion to me

The label now has six artists signed including Gunn, and it has released about a dozen albums and more than 20 mixtapes and EPs since its inception.

Gunn has always been more fine art-inclined than the typical hip-hop label. Griselda actually started out as a fashion brand, Griselda by Fashion Rebels, which ultimately became the label’s in-house merchandising unit, creating custom products that drop along with Griselda music.

Furthermore, each Griselda album cover is actually a custom-made painting, Gunn said, and the label often drops physical copies of its work. 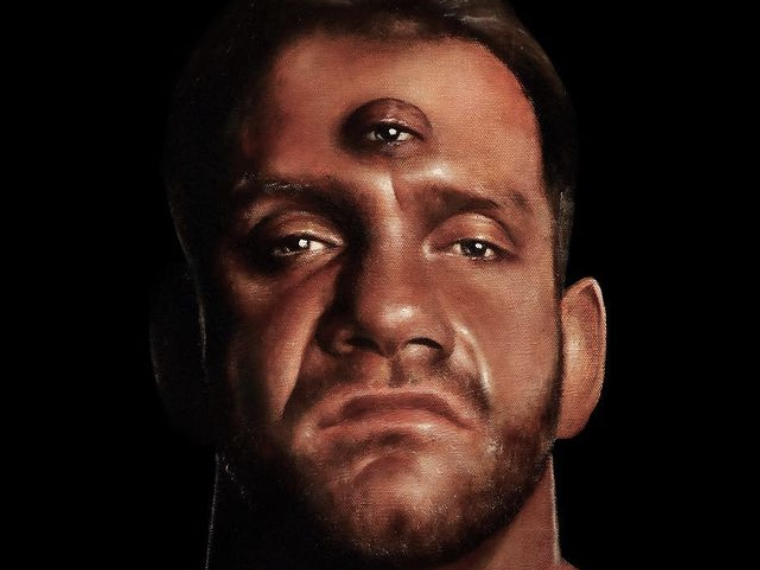 To find artists, Gunn said he studies the craft of various creatives, seeing whose style would fit best and with whom. For example, the artwork for Gunn’s own album, “Pray for Paris,” features Caravaggio’s 17th-century painting “David with the Head of Goliath,” as reimagined by fashion designer Virgil Abloh.

For rapper Armani Caesar’s debut album “The Liz,” the label commissioned fine artist Isaac Pelayo, who counts Diddy as a fan, to paint an oil canvas of Elizabeth Taylor with a third eye. Pelayo often works with the rapper on cover art and custom pieces and told Business Insider that Westside Gunn is “by far” one of the top collectors of his work.

“Westside likes to collect edgy work. Subject matter that pushes the boundary,” Pelayo told Business Insider. “With me personally he resonated with the work I was doing which incorporated the third eye … The relationship I have with Westside is widely considered the new renaissance in that which he is The Medici to my Da Vinci.” 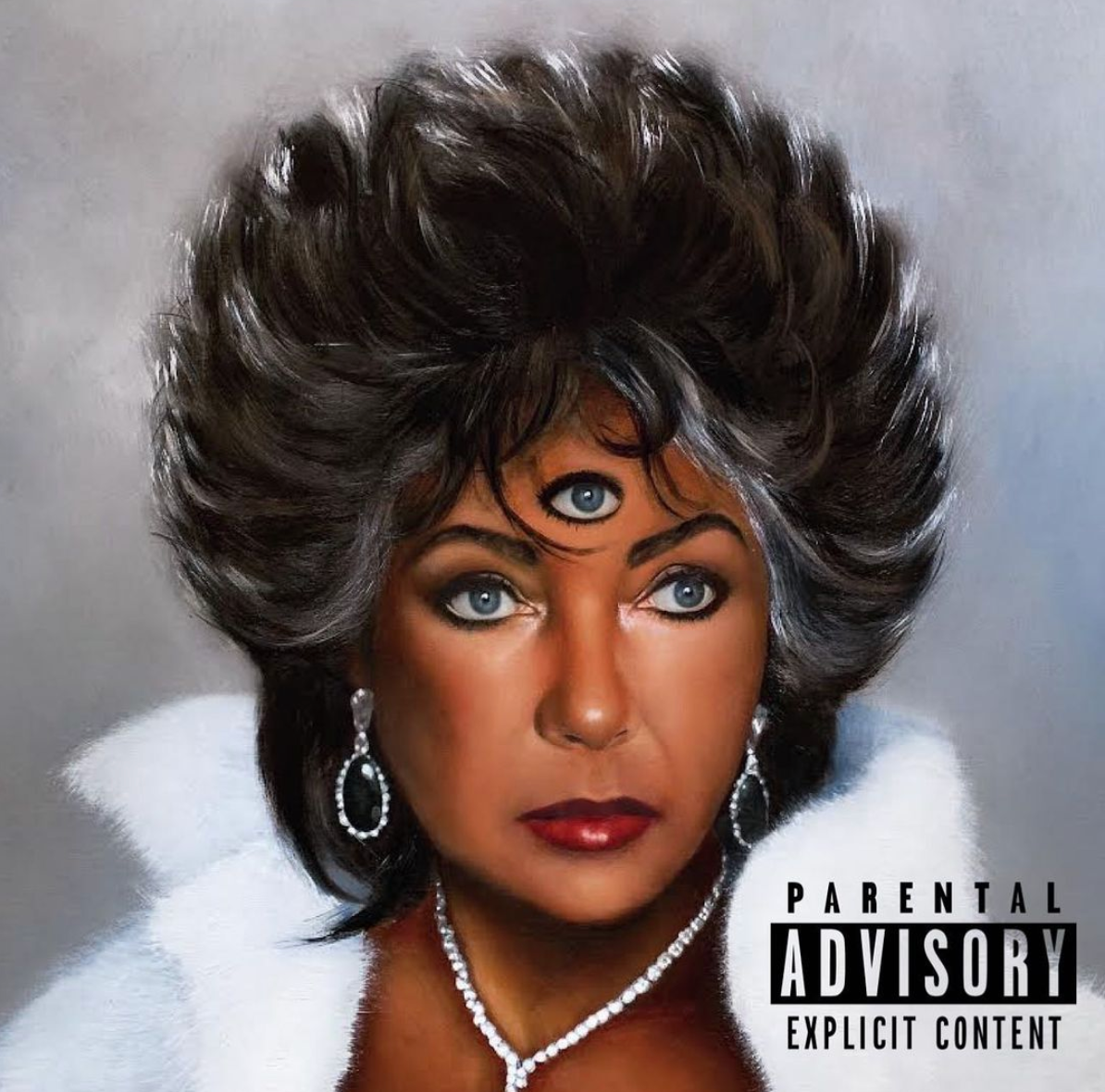 Griselda Records then takes this commissioned artwork and reprints it into limited merchandise drops, giving the work a “one-of-a-kind” quality to it that helps increase the product’s value. Inventory, Gunn said, sells out within minutes.

“I commission a dope artist and have them do the original painting, and then I turn that into merchandise,” Gunn said. “Now you have your fashion lovers and your art lovers. It’s killing a lot of birds with one stone.”

Over the past decade, Gunn has built up a sizeable art portfolio

Gunn also commissions art pieces for his own personal collection and frequently attends art shows, looking to add to his collection.

He said he made sure to fill his three-story townhouse in Atlanta with art and, when he moved to Phoenix amid the pandemic, took it all with him. Most of the work he owns is less than 10 years old, Gunn said, calling himself a massive fan of contemporary artists.

“I think Westside is very much enlightened as an artist and a visionary,” Pelayo said. “He can foresee the outcome. He’s like a chess player thinking many steps ahead. The work he collects is timeless and it very much coincides with the music he creates.”

I have tons of toys. I go to Complex Con and I try to buy everything every year

As previously reported by Business Insider, contemporary artwork is a top art investment category for millennials, and has a high rate of year-over-year appreciation, of about 11%, according to Masterworks CEO Scott Lynn, who compared it to work from the 19th century and earlier, which appreciates at about only 2% a year.

Aside from contemporary art, Gunn is also a big collector of toys and sculptures and has a collection that includes famed contemporary artist Takashi Murakami and Mariella Angela.

“I collect Hebru Brantley toys, Ron English toys. I have tons of toys. I go to Complex Con and I try to buy everything every year,” Gunn said. “I also have Matt Gondek pieces worth $US20,000.” 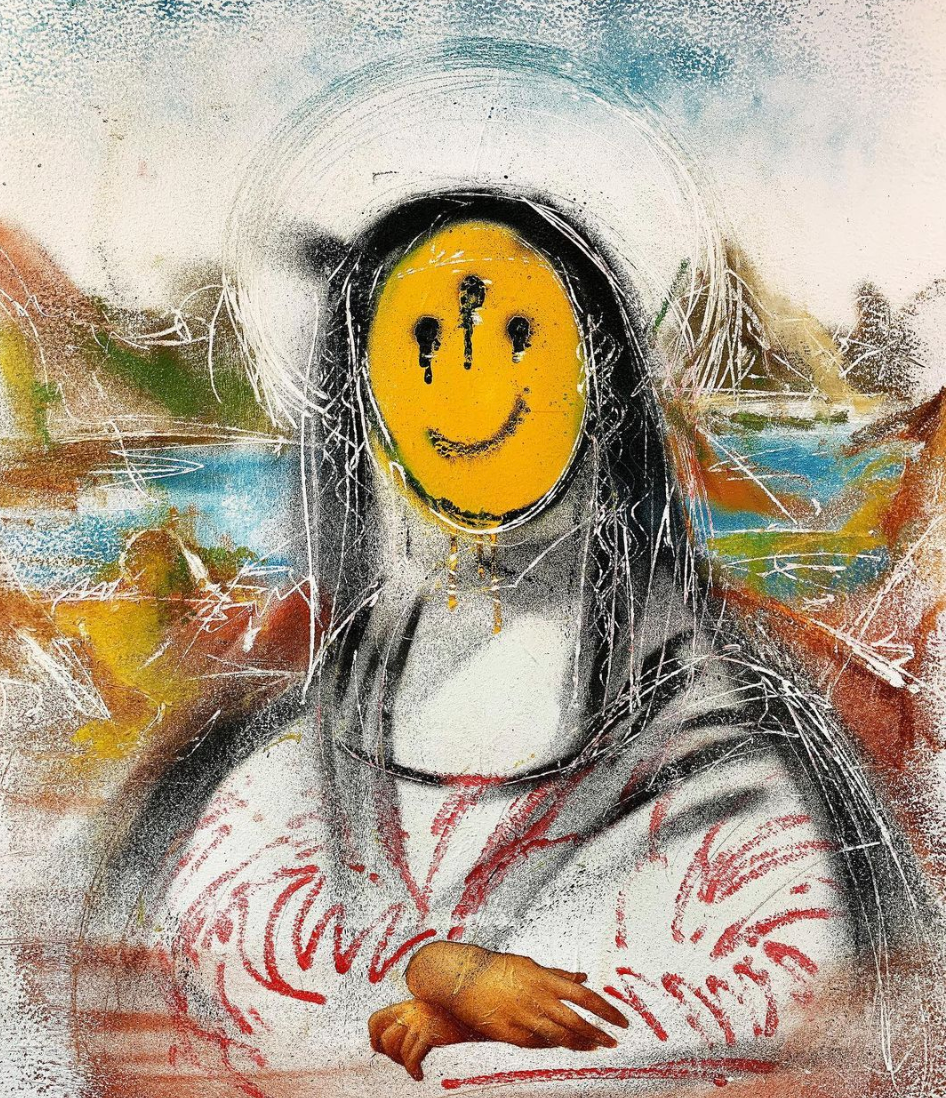 Gunn is likely onto something when it comes to buying toys. Rob Petrozzo, cofounder and chief product officer of the investment platform Rally, told Business Insider that investing in toys is a potentially lucrative idea â€” ranging from Pokemon cards to vintage video games.

Interest in buying and investing in toys has risen the past decade, Petrozzo said, alongside those who buy watches and Hermes handbags â€” classes that are showing better yields and are more interesting than standard investment funds.

“There’s this emotional connection and passionate investment from something that you recognised from childhood or from a good moment in your life,” he told Business Insider.

And though he cautioned it was too early to see if contemporary toys would do well, as the toy-investment market is still in its early stages, he believes interest in toy collecting will only continue to rise.

“The same collectors who are buying mint condition cards might now be sitting on a $US20,000 or $US30,000 Hulk Hogan card.

“As the asset classes around individual names and sports start to rise, items around that have started to follow. Wrestling toys are a good example,” Petrozzo said.

Wrestling, in general, is a category that has, in particular, seen a massive uptick in investment potential interests Petrozzo said. Even Gunn said he finds joy in tracking down nostalgic wrestling merchandise.

“If somebody, say Rey Mysterio, fought in 2002 Halloween Havoc or something, I would try to find that mask,” Gunn continued. 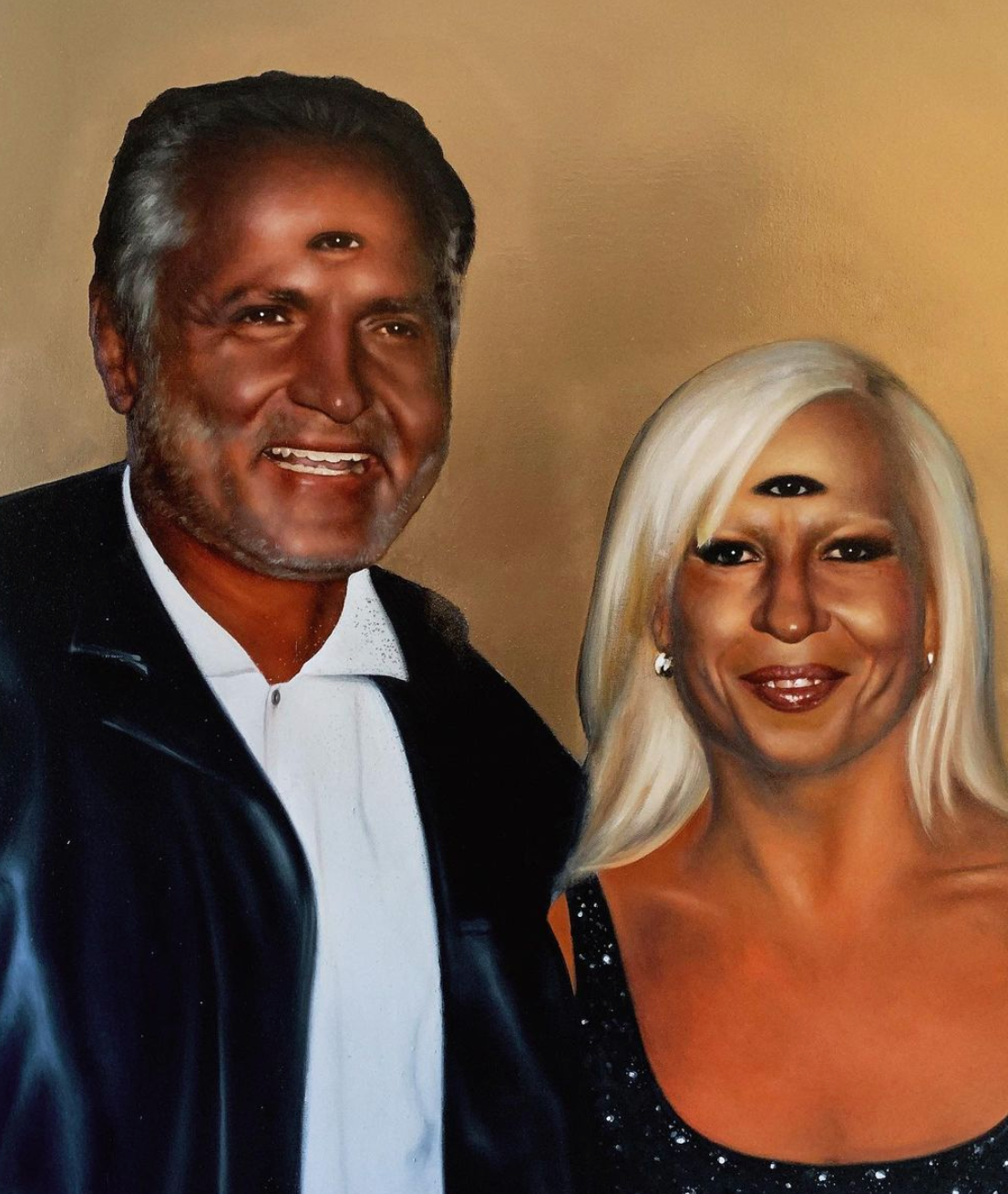 From pricey art to Comme des Garcons, Gunn credits his uncle for helping give him a taste of the finer things in life. His uncle, a father figure to him, was killed when Gunn was 13 years old. He remembers as a child, he used to go to his uncle’s house and “see a lot of money and jewellery and a lot of fly clothes and all of that.”

“Throughout history, nobody has really made it out of Buffalo besides Rick James,” Gunn said.

“I’m self-taught. I went from being in the streets to in every record label office you can think of,” he continued. “I was doing clothes at 13 years old â€” everything I wanted to do, the art, 10 years old, I’m doing it now. You just never know what’s going to happen.”