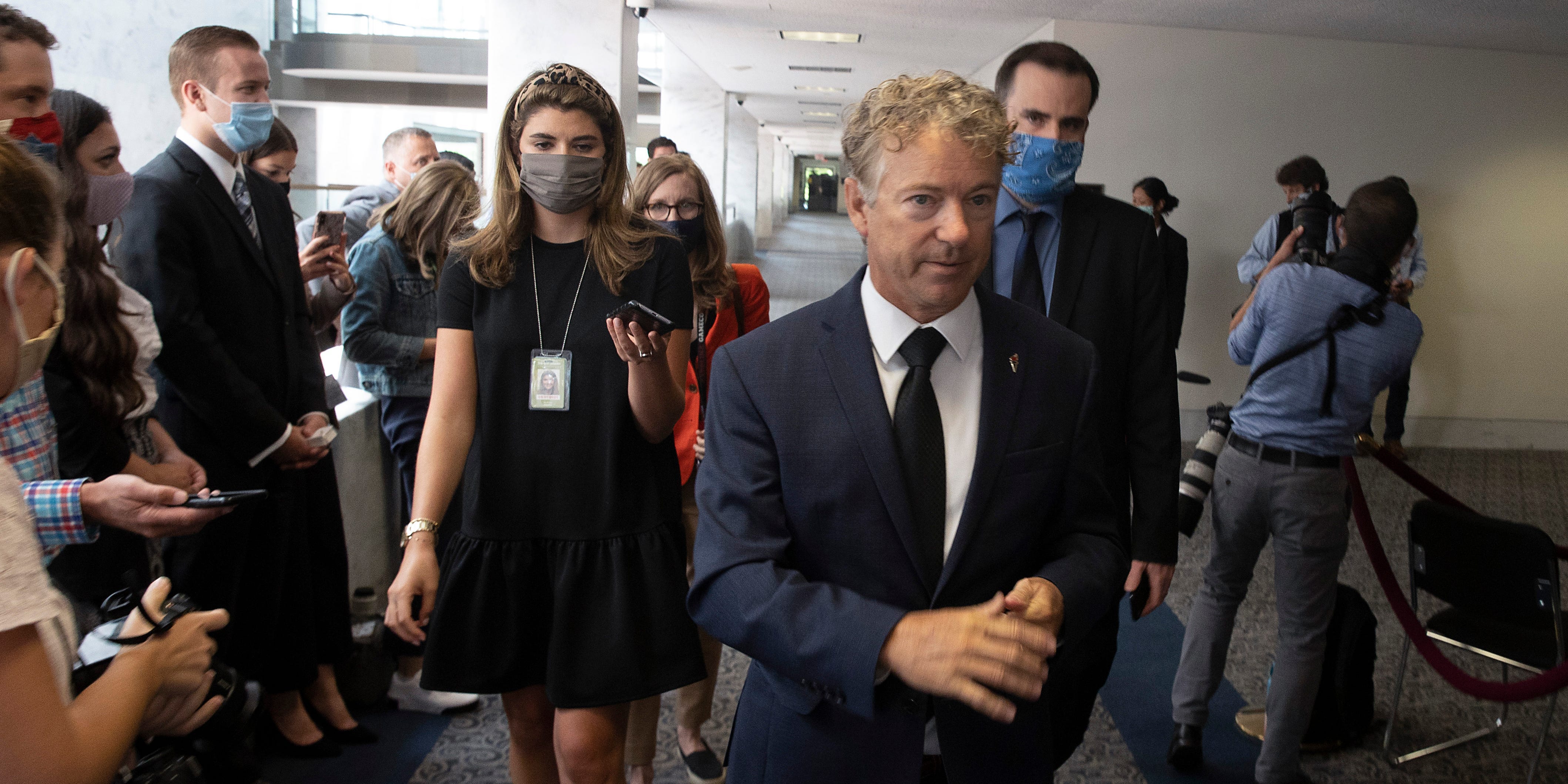 While coronavirus cases are exploding across the country at higher rates than ever before, Sen. Rand Paul encouraged people to dismiss public health guidance.

The Kentucky Republican claimed that millions of people who have recovered from COVID-19 are now protected against the disease, and therefore do not need to follow rules such as mask-wearing.

His statements directly go against messaging from scientists, doctors and health experts who have repeatedly said there is no evidence that COVID-19 survivors cannot become reinfected and spread the disease again.

Paul, like many other allies of President Donald Trump, has routinely flouted health guidelines. Paul became the first senator to test positive for the virus at the onset of the pandemic in March. Since his recovery, he’s frequently appeared on Capitol Hill without a mask, insisting that he has immunity, which is not yet known. Trump has also made the same erroneous talking point of being immune following his recovery from the virus in October.

The Centres for Disease Control and Prevention recommend anyone age two or older to wear a face-covering when in public and when around people who don’t live in their household.

Paul on Thursday also went on to attack the nation’s top infectious disease expert, Dr. Anthony Fauci, asserting that he “tends to gloss over the science” on immunity.

“Dr. Fauci doesn’t want to admit to any of that,” Paul said. “Dr. Fauci is like ‘oh, woe is me,’ until the election occurs and now, maybe he’ll be changing his attitude.”

Paul was referring to Fauci expressing optimism earlier this week over a vaccine, despite painting a more dire image of the public health crisis previously. Yet Fauci’s comments were in response to drugmaker Pfizer’s announcement on Monday that its coronavirus vaccine candidate produced a 90% efficacy rate.

“This is very good news looking forward,” Fauci said, adding that the news would “have a major impact on everything that we do with regard to COVID.”

The two publicly sparred during a congressional hearing in September, after Paul falsely declared that New York City, a major outbreak zone in the spring, had reached “herd immunity,” which is when a population becomes immune to an infection.

“No, you misconstrued that, senator,” Fauci pushed back. “And you’ve done that repetitively in the past.”