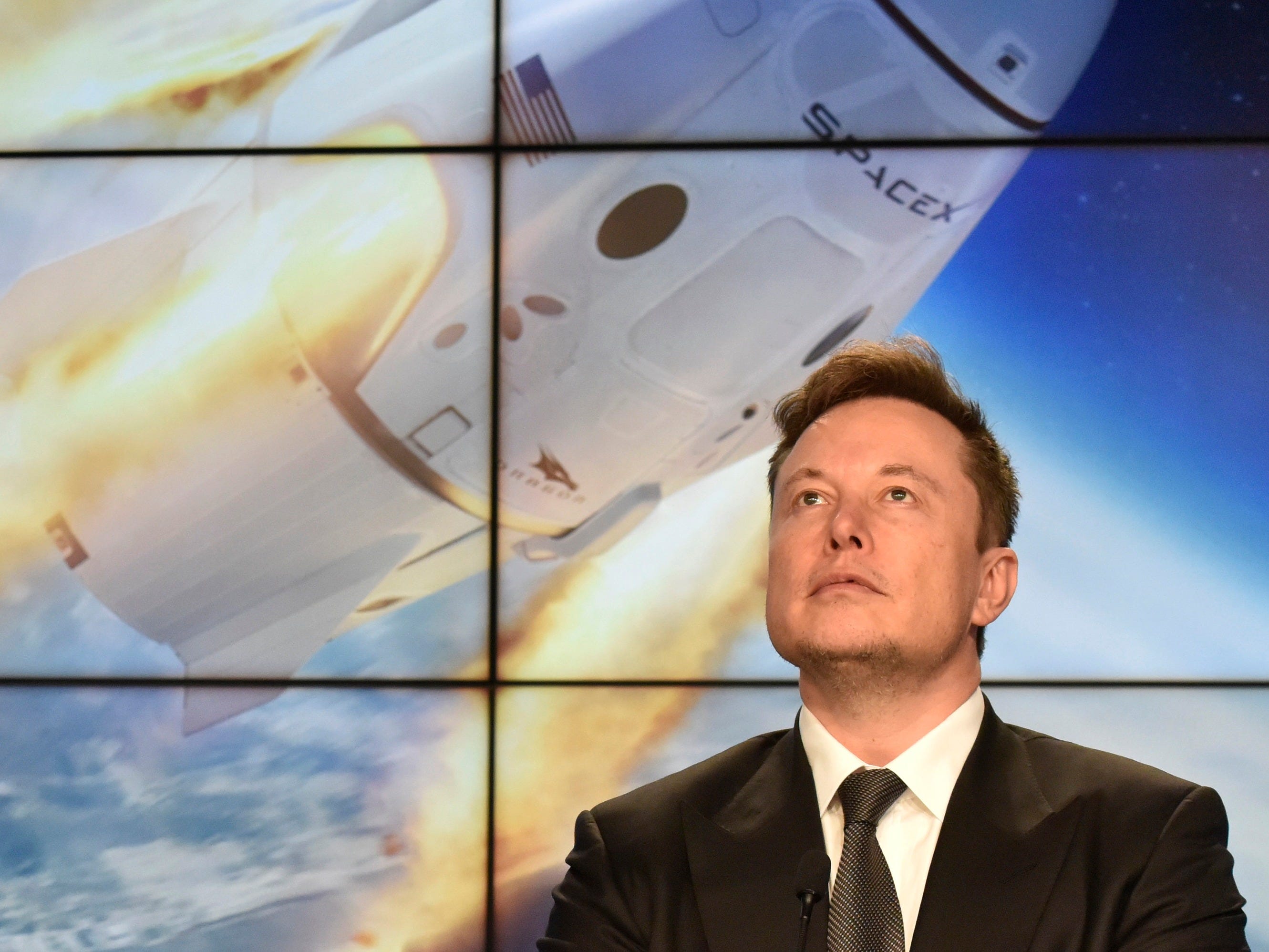 Clouds and rain could thwart the historic first launch of NASA astronauts in a SpaceX spacecraft on Wednesday.

The mission, called Demo-2, will fly seasoned NASA astronauts Bob Behnken and Doug Hurley in the company’s Crew Dragon spaceship. The flight’s success would effectively resurrect human spaceflight from America after nearly a decade of dormancy.

But a forecast of cloudiness, rain, and isolated thunderstorms leaves only a 40% chance that the spacecraft will be able to safely launch on Wednesday, according to the space wing of the US Air Force.

If the rain makes launch untenable, SpaceX and NASA will fall to their backup date: Saturday, May 30. 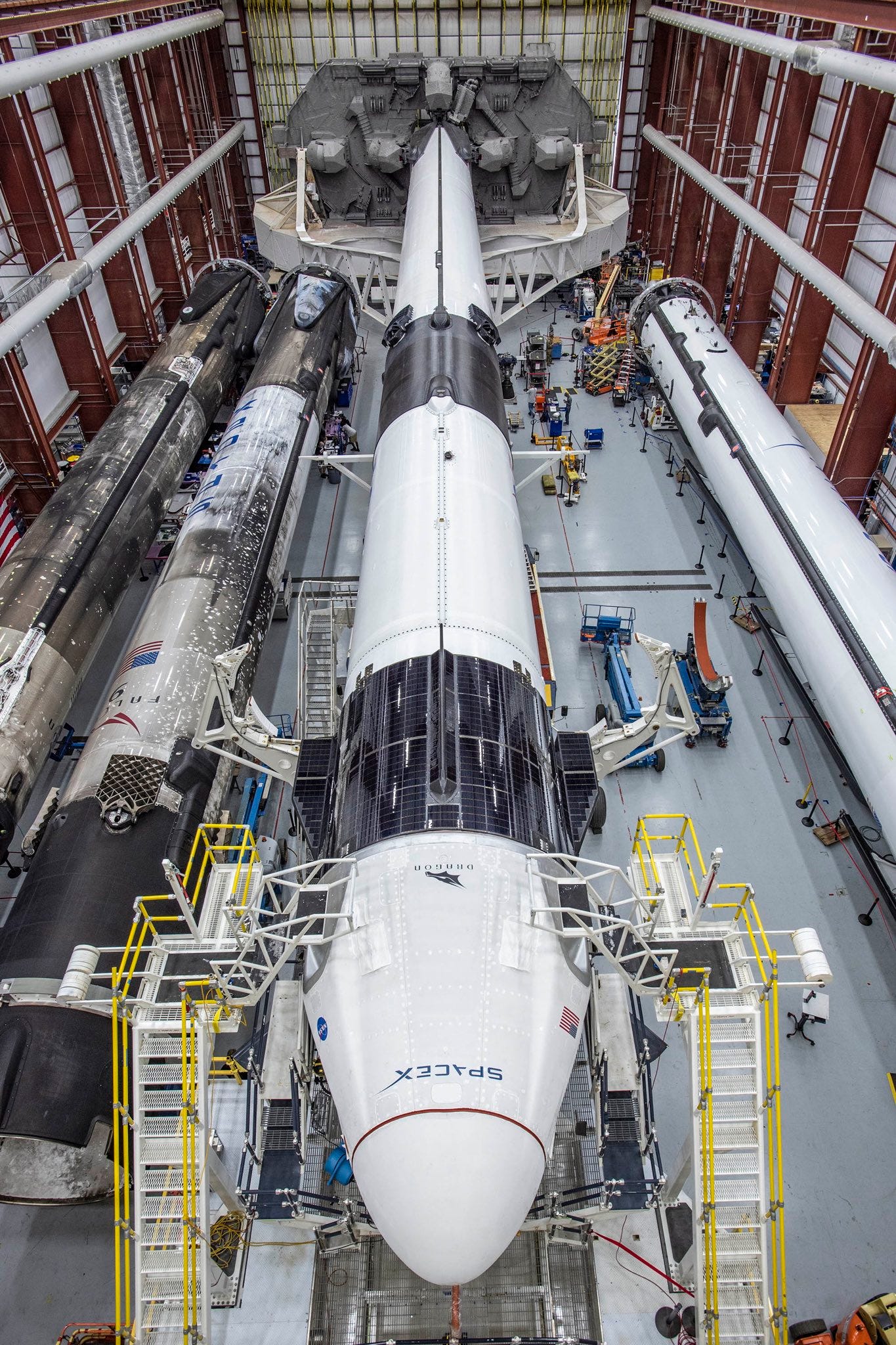 SpaceX via TwitterSpaceX’s Crew Dragon spacecraft integrated with a Falcon 9 rocket in a hangar at Kennedy Space Centre’s Launch Complex 39A on May 20, 2020.

Lightning, rain, or heavy clouds during launch could all endanger the Falcon 9 rocket that will carry the Crew Dragon, Behnken, and Hurley to space.

“You could trigger lightning,” Tim Garner, a meteorologist in charge at the National Oceanic and Atmospheric Administration, said on a NASA podcast in 2017. “[A rocket’s] mere presence in a high electric field will be that thing that sets off the lightning strike.”

That happened to the Apollo 12 mission twice in 1969. The astronauts inside the rocket later said they felt the lightning strike, and it disabled nine non-essential instrument sensors.

‘We don’t launch until we know that we’re ready’

Beyond storms, less obvious weather dynamics can throw a rocket off course. SpaceX CEO Elon Musk has said that high-altitude wind shear “hits like a sledgehammer.” That can cause “control problems,” according to NASA’s weather criteria for launching Falcon 9. 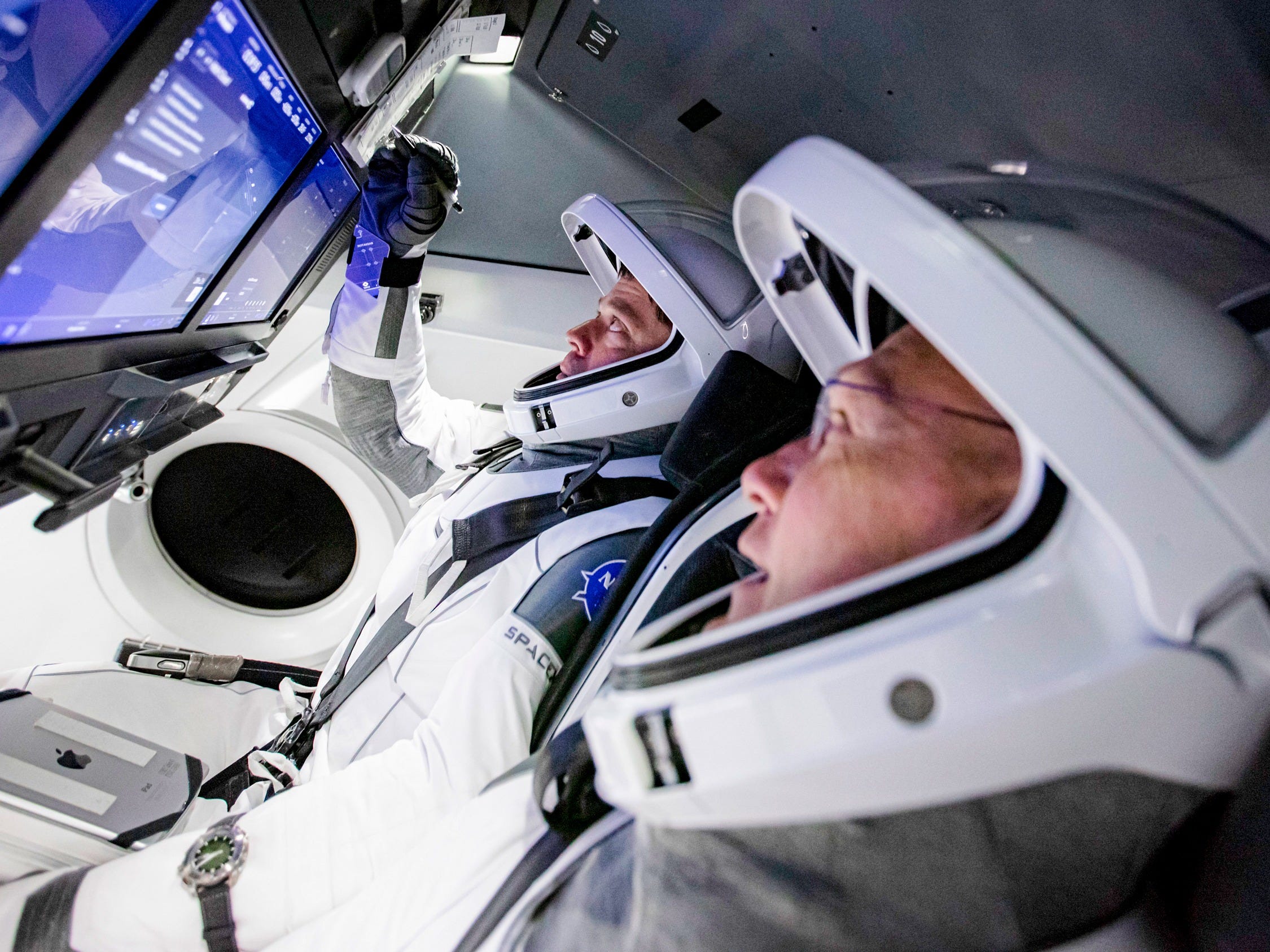 Weather is important beyond the launch site. SpaceX monitors weather conditions at over 50 locations, “which means from here in Florida all the way up the eastern seaboard of North America, United States and Canada, and all the way over basically to Ireland,” Benji Reed, the company’s director of Crew Mission Management, said in a flight readiness briefing on Friday.

The company even monitors the velocity and height of waves in the Atlantic Ocean.

“We need to make sure that if the crew had to come down, in a launch escape scenario, that they would come down in a sea state that would keep them safe, and that the rescue forces would be able to come and get them,” Reed said. “We don’t launch until we know that we’re ready.”