'Shameful': Progressives are angry Biden is considering a Cabinet post for Rahm Emanuel despite his handling of the police shooting of an unarmed Black teenager 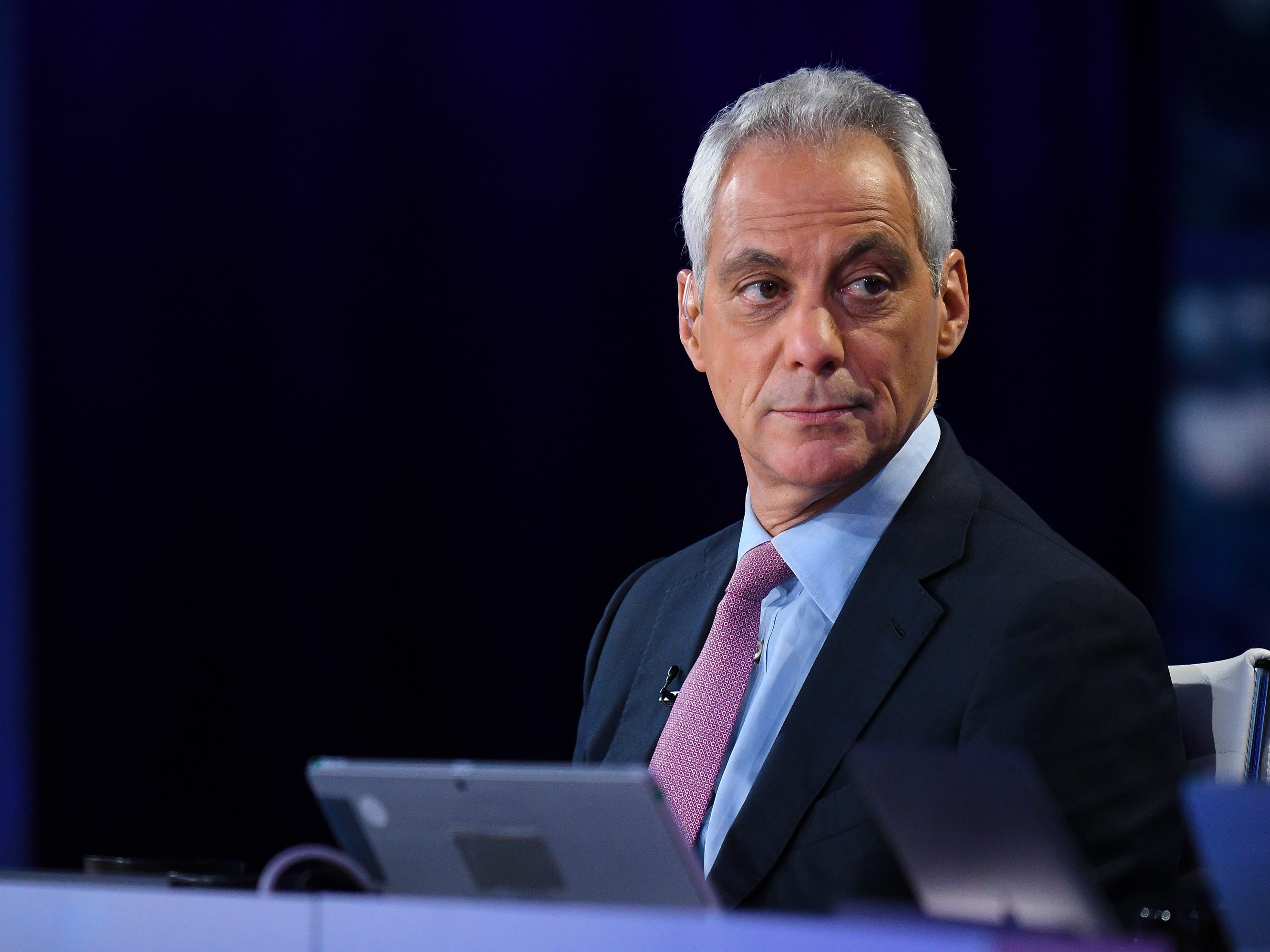 Former Chicago Mayor Rahm Emanuel is reportedly under consideration to serve in President Joe Biden’s administration, a development that has angered many progressive Democrats and could inflame relationships with incoming Black lawmakers.

On November 19, CNN reported that Emanuel’s name was being floated for Secretary of Transportation, a Cabinet position that would put him back in the nexus of political power. He served as a White House senior advisor to then-President Bill Clinton from 1993 to 1998, as an Illinois congressman from 2003 to 2009, and as White House chief of staff to then-President Barack Obama from 2009 to 2010.

However, Emanuel’s tenure as Chicago’s mayor, specifically his handling of the Laquan McDonald shooting, has caused consternation among many Democrats.

In 2014, McDonald, a 17-year-old Black teenager, was shot and killed by law enforcement as he walked away from police officers on a Chicago street. He was unarmed.

Amid growing backlash to Emanuel’s consideration, Crain’s Chicago Business reported that the Biden team recalibrated their original thinking and would pivot his name to the lower-profile role of US Trade Representative. Both of the positions would require Senate confirmation.

‘Covering up a murder is disqualifying for public leadership’

A group of progressive legislators, from Rep. Alexandria Ocasio-Cortez of New York to Reps.-elect Jamaal Bowman and Mondaire Jones, also of New York, tore into Emanuel being regarded for any role in the administration.

“What is so hard to understand about this?” Ocasio-Cortez tweeted. “Rahm Emanuel helped cover up the murder of Laquan McDonald. Covering up a murder is disqualifying for public leadership. This is not about the ‘visibility’ of a post. It is shameful and concerning that he is even being considered.”

What is so hard to understand about this?

Rahm Emanuel helped cover up the murder of Laquan McDonald. Covering up a murder is disqualifying for public leadership.

This is not about the “visibility” of a post. It is shameful and concerning that he is even being considered. https://t.co/P28C0E4fYP

She added: “It is also a truly embarrassing indictment of what’s considered ‘centre’ politics in the US that objecting to the appointment of an official who helped cover up the murder of a Black child is deemed the ‘progressive, far left’ position.”

Bowman, a longtime educator who defeated longtime Democratic congressman Eliot Engel in a party primary earlier this year,was unequivocal in his disapproval of Emanuel.

“Rahm Emanuel should not be considered for any position within the Biden administration,” he tweeted.

“Rahm Emanuel covered up the murder of a Black teenager, Laquan McDonald, while he was Mayor of Chicago,” he tweeted. “That he’s being considered for a cabinet position is completely outrageous and, honestly, very hurtful.”

Rahm Emanuel covered up the murder of a Black teenager, Laquan McDonald, while he was Mayor of Chicago.

That he's being considered for a cabinet position is completely outrageous and, honestly, very hurtful.https://t.co/JEB6PRyztK

“This is why Black people continued to feel devalued in our party and country,” he added. “We have to do much much better.”

This is why Black people continued to feel devalued in our party and country. We have to do much much better. https://t.co/aGwOeQcAF3

The ramifications of the McDonald murder rocked Chicago and the nation, becoming one of the most blatant cases of police misconduct in recent years.

In October 2019, Jason Van Dyke, the white officer who shot McDonald 16 times, was convicted of second-degree murder in the teenager’s death. In January 2020, he was sentenced to nearly seven years in prison.

A report released by the city’s inspector general revealed that 16 officers were involved in a cover-up of McDonald’s murder. The report accused the officers of providing false statements “to exaggerate the threat McDonald posed.”

The report also noted that McDonald held a small pocketknife in his hand, with the Associated Press reporting that its 3-inch blade was folded at the time of his shooting.

The city’s concealment of a video recording showing the murder was a main focus of the incident, especially as Emanuel was seeking a second term as mayor in 2015. According to the Chicago Sun-Times, “attorneys for the city fought against the release of the video that showed the 17-year-old’s 2014 murder, only to have a Cook County judge order its release months after Emanuel had secured his second term in a runoff election.”

“Such ‘code of silence’ cover-ups of misconduct, [Chicago Police Department] critics said, had rarely been made so plain as in the discrepancy between the officers’ accounts of the killing and what the video later showed,” The New York Times added. 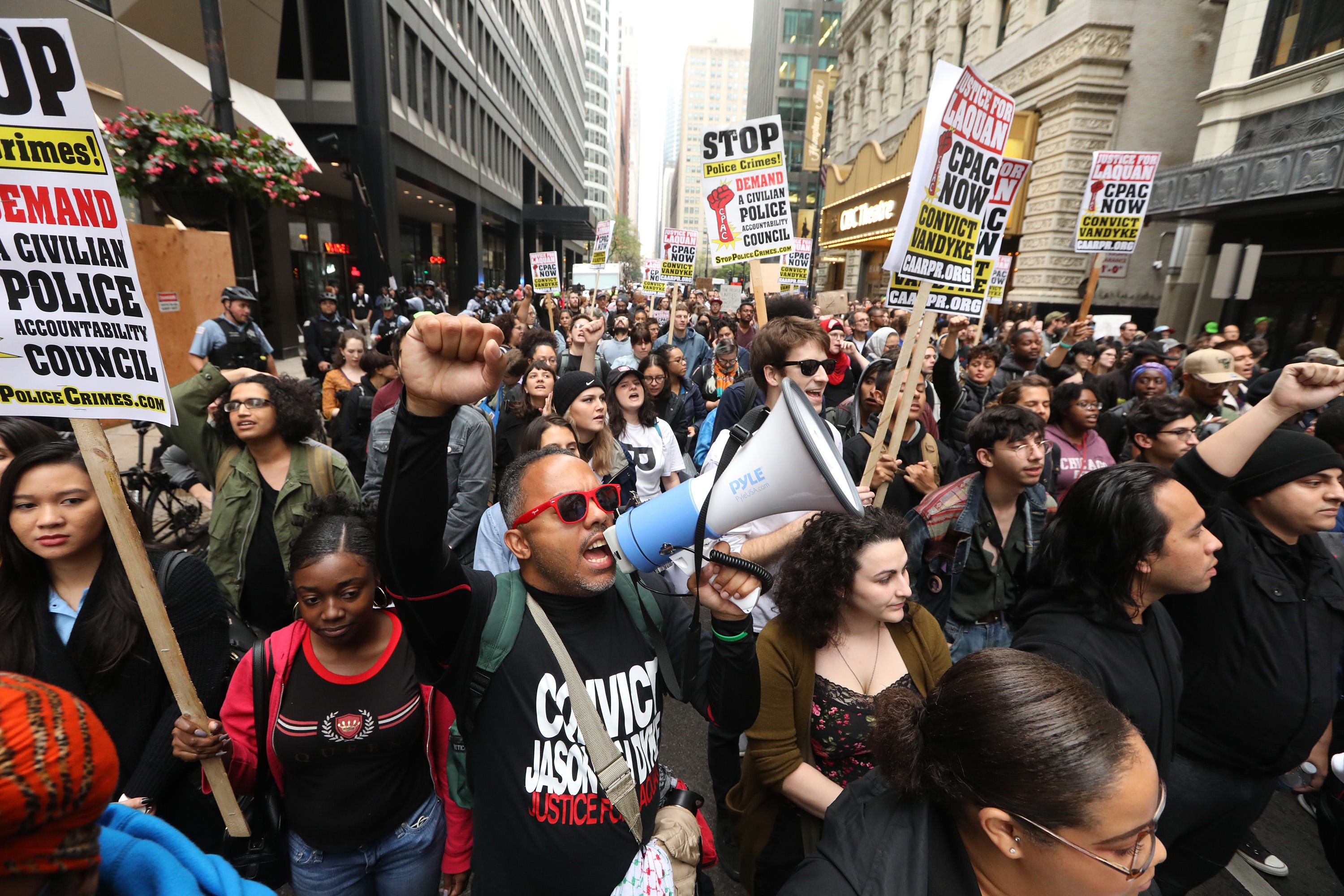 Chris Walker/Chicago Tribune/Tribune News Service via Getty ImagesThe shooting of Laquan McDonald rocked Chicago and drove activists to the streets to fight for justice and policing reforms on behalf of the slain teenager.

Emanuel was reelected in 2015, but he never recovered politically, having seen his support crater among Black voters. He declined to run for a third term and was succeeded by Lori Lightfoot, who became Chicago’s first Black female mayor in April 2019.

The news of Emanuel’s possible political resurrection in Washington, DC, comes at a critical junction for Democrats.

With the party set to hold a much narrower majority in the House of Representatives and control of the Senate up for grabs pending the results of two January runoff elections in Georgia, they can ill afford any mass defections or disunity in the early days of the Biden administration.

While Biden has already made a slew of key national security picks, including Antony Blinken as his nominee for Secretary of State andAlejandro Mayorkas as his nominee to lead the Department of Homeland Security, the majority of his domestic Cabinet picks are expected to be revealed through the end of November and into December.

Correction: A previous version of this article incorrectly stated that all of the fatal shots struck him in the back. McDonald was shot 16 times.