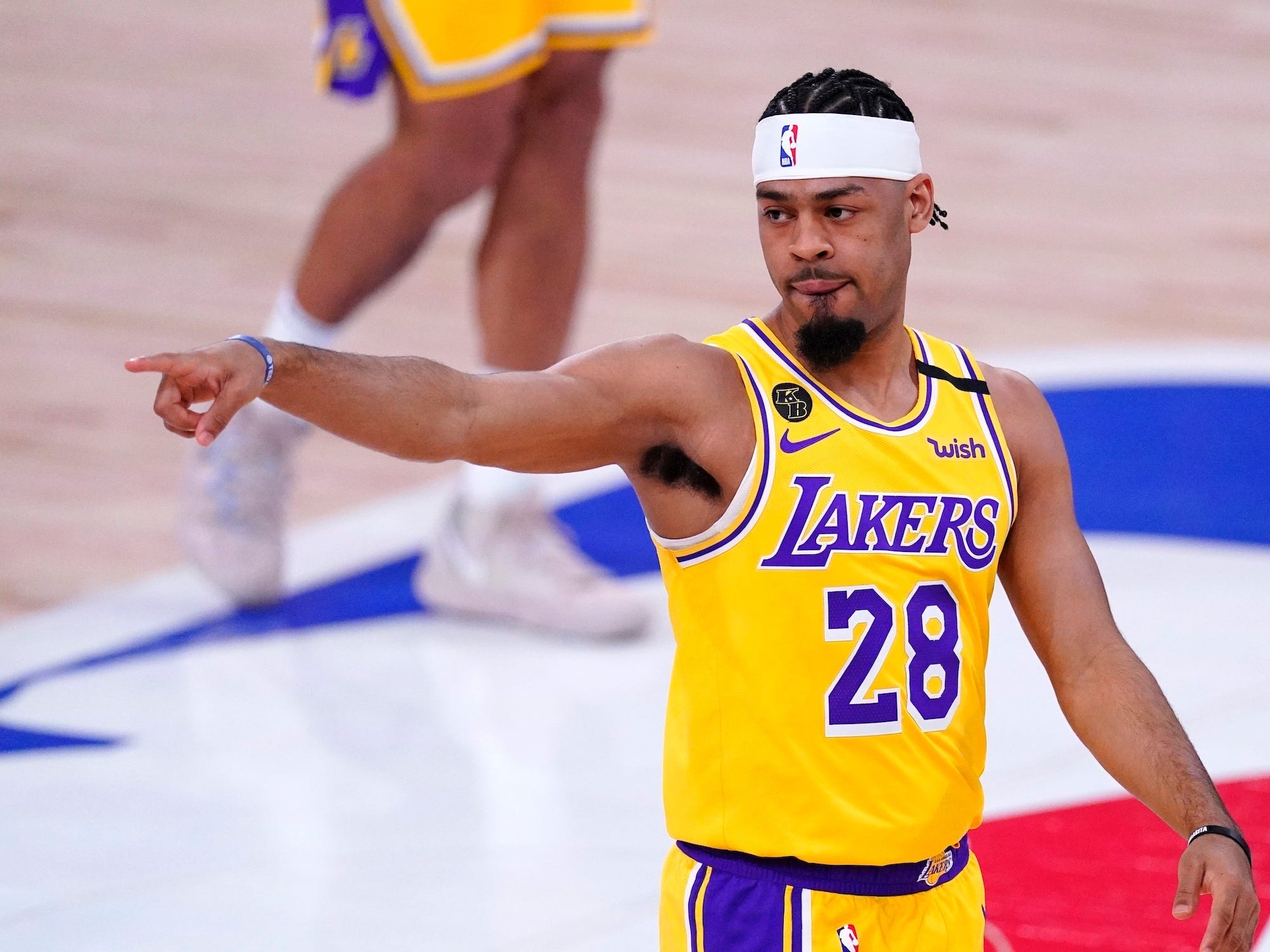 AP Photo/Mark J. TerrillQuinn Cook spoke with Insider about joining the team he and his late father worshipped together and mourning his childhood idol, the late Kobe Bryant.

Just three years ago, Quinn Cook was bouncing between the NBA and the G League, struggling to find a foothold in the pros despite showing promise at the college and minor-league levels.

But on Sunday night, the 27-year-old point guard won his second NBA championship â€” and this time, he did it with the team he grew up idolizing.

The LeBron James-led Los Angeles Lakers took down Jimmy Butler and the Miami Heat in a 13-point Game 6 victory to earn their record-tying 17th title as a franchise, and Cook was at the centre of the celebrations, dressed in purple and gold as he and his teammates hoisted the Larry O’Brien trophy.

“It was a dream come true for me just to be on the team and be a Laker. I grew up, I used to collect Lakers jerseys and gear,” Cook told Insider back in May. “We had a Lakers room in our house with all of our stuff, and it was purple and gold. We were obsessed with the Lakers growing up, and so obviously playing for the team is something that you can only dream of.” 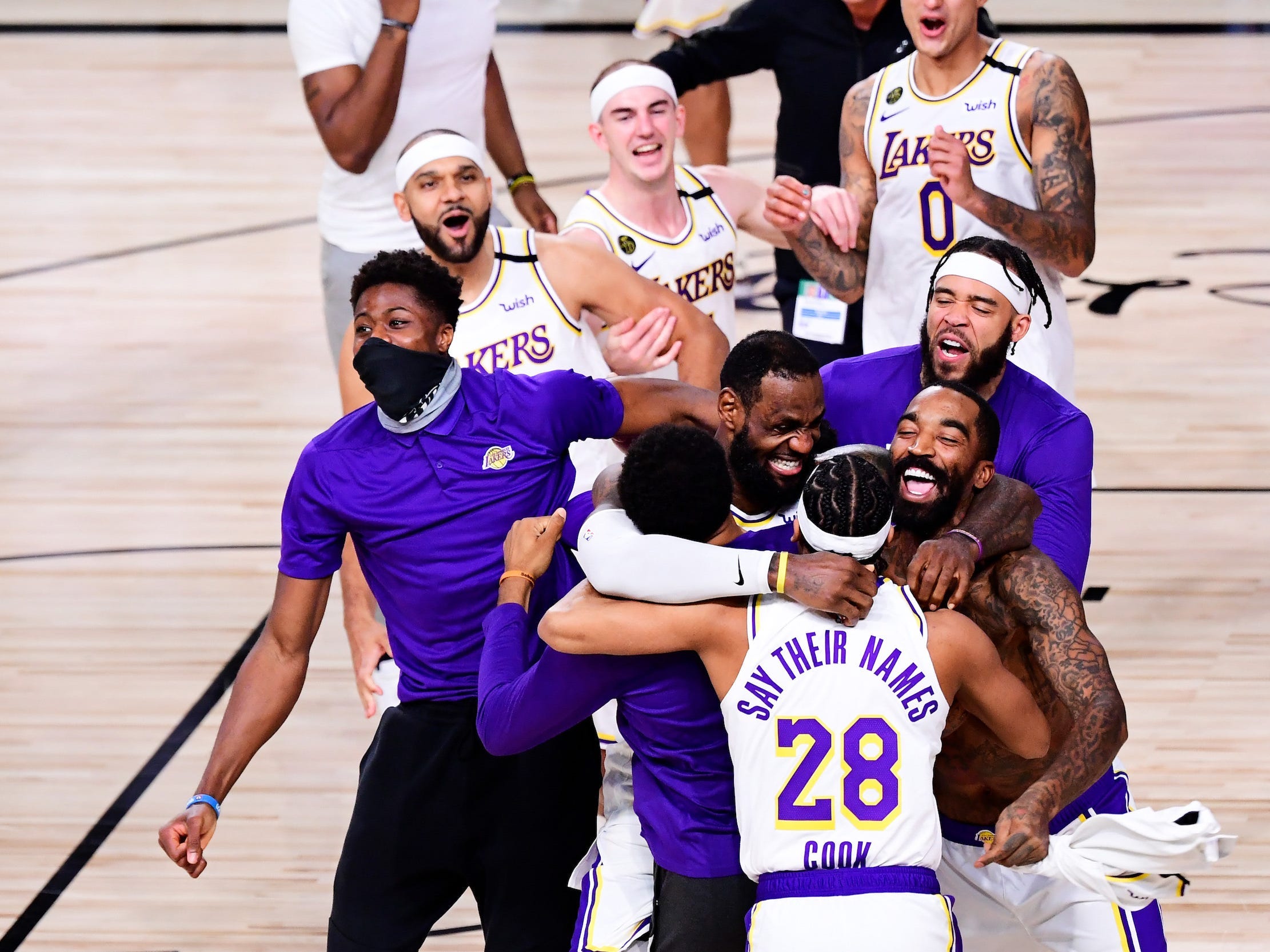 After Sunday night’s win, Cook took a moment to honour his late father, who helped instill his love of the Lakers in his son while he was young. When Cook was 14 years old, his father, Ted, slipped into a coma and later died after a colon procedure went wrong. The young basketball star channeled all of his energy into basketball as a means of coping with the loss of his father.

“To this day, I still think about my dad all the time,” Cook told SFGate in 2018. “Somewhere, I know he’s looking down on me and smiling.”

That sentiment takes on a whole new meaning now that he’s part of the team his father loved so dearly. A decade and a half after Ted’s death, Cook contributed to his favourite franchise’s first NBA championship in a decade.

Cook also took to Twitter to recognise another huge influence in his life after winning his third ring. Late Lakers legend Kobe Bryant was Cook’s idol growing up, and as his young basketball career began to take form, Bryant became a mentor and a friend to him as well.

“I had a personal relationship with him since I was in college,” Cook told Insider. “Coach K used to always tell him my love for him, so he always appreciated that. He always reached out to me and looked out for me and gave me great words. It’s always a great feeling when your idol becomes your friend, and you have a personal relationship with them.” Cook joined the Lakers mere months before Bryant’s untimely death. He, his 13-year-old daughter, Gigi, and seven others were killed in a tragic helicopter accident back in January. For Cook, a longtime fan and eventual protÃ©gÃ© of the Black Mamba, the news hit particularly hard.

Being a member of the franchise that shaped Bryant’s legacy made it even more challenging to process.

“To be here when Kobe lost his life and the tragedy we all went through, especially family and just the world, it was tough,” Cook told Insider. “And for me and for everybody on my team, we’re dealing with people who the last 23 years has dealt with Kobe on a personal level every single day: trainers, our GM was his best friend and agent, the media people, the people in the Staples Centre, just so many people who had those relationships with him who are suffering as well.”

“And then you talk about his family, and man, it sucks. It’s the worst thing ever,” he added. “We just have to keep his name alive like we all have, and we all continue to do.” 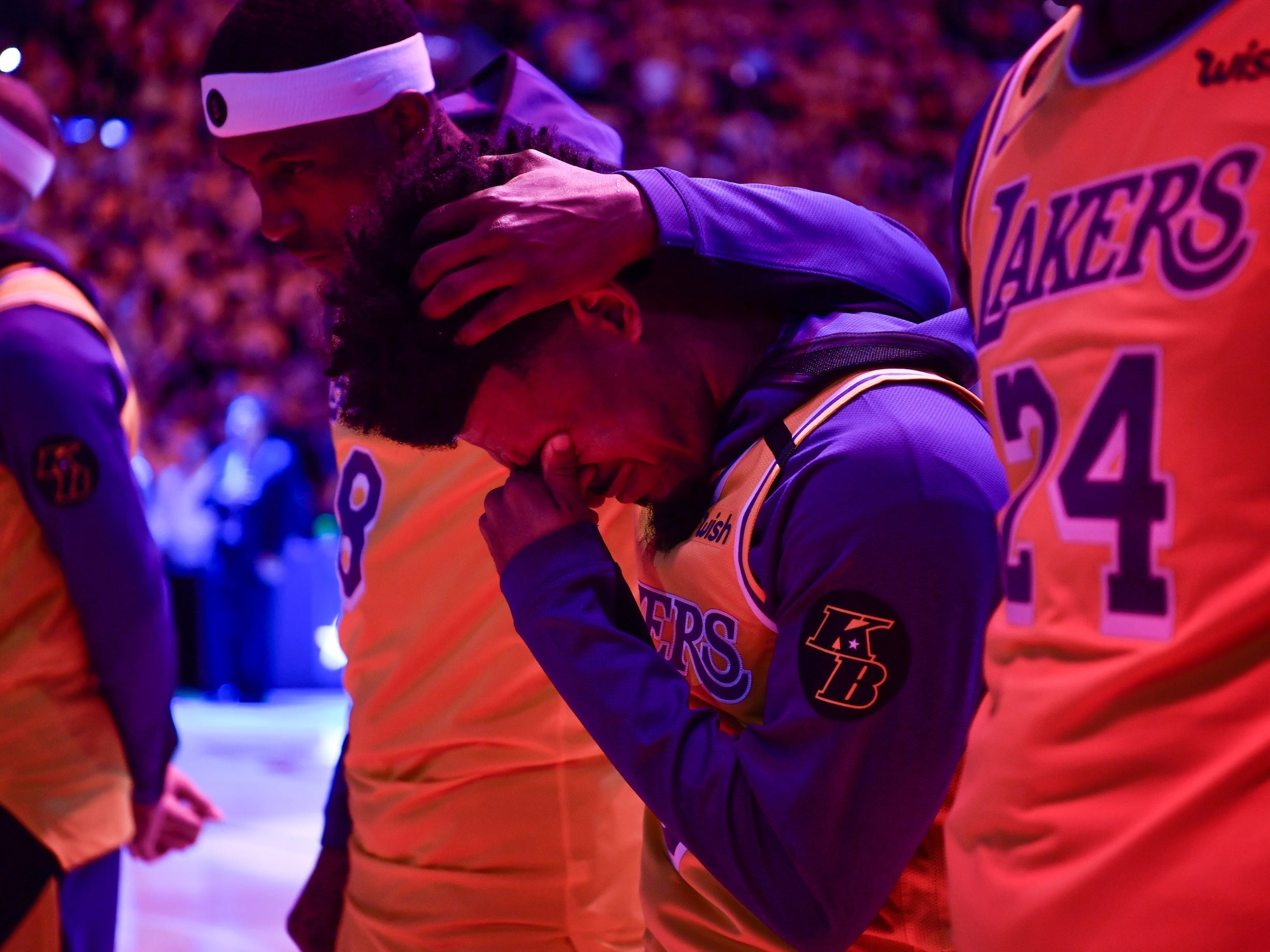 Robert Hanashiro-USA TODAY SportsQuinn Cook cries as the Lakers honour Kobe and Gigi Bryant in the team’s first game back at the Staples Centre following their tragic deaths.

That was the inspiration behind Cook’s decision to change his jersey number to 28 â€” a combination of Gigi’s and Kobe’s jersey numbers â€” for the remainder of the season. It was also part of the motivation behind Los Angeles’ success this season. The team entered the NBA’s bubble at Walt Disney World in Orlando, Florida, hoping to win it all for Kobe and Gigi.

And once they did, the tributes came rolling in from all directions, including from Cook.