Quibi CEO Meg Whitman on what it takes to lead, her best career advice, and embracing risks: 'The price of inaction is far greater than the cost of making a mistake' 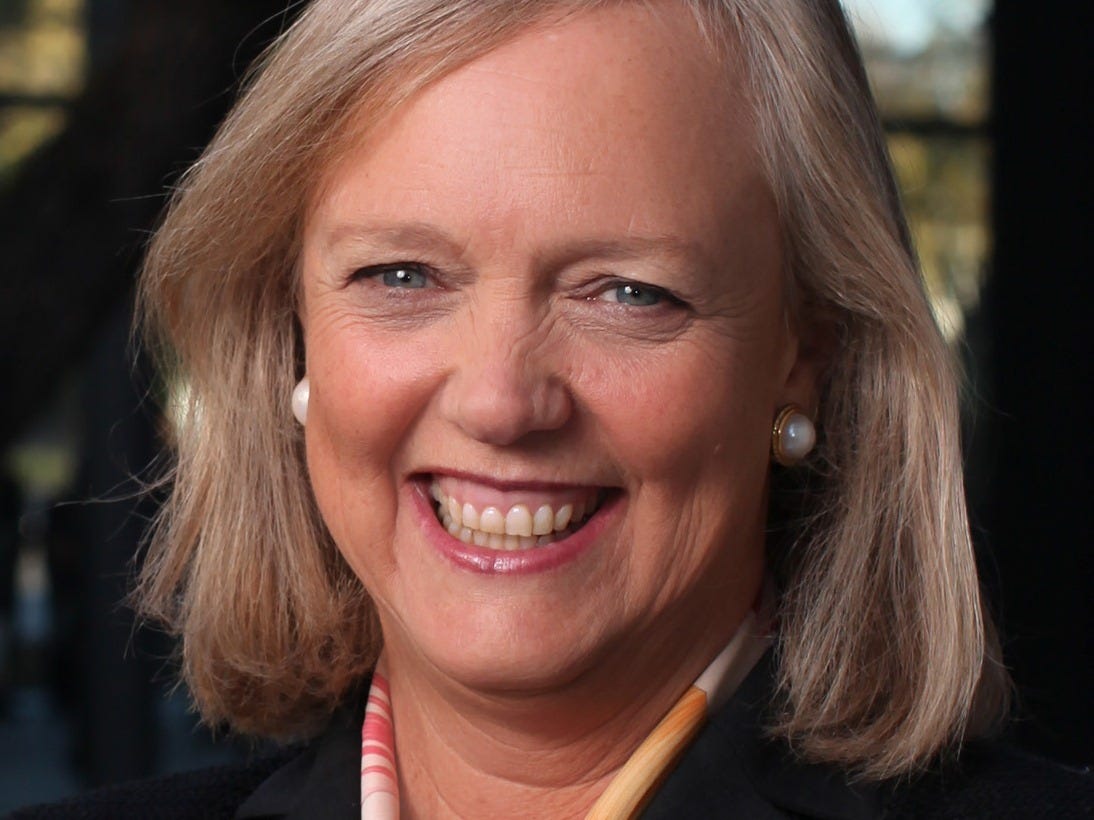 Born in Cold Spring Harbour, New York, Meg Whitman graduated high school in three years in the top ten of her class. She originally wanted to be a doctor, but ended up studying maths and science at Princeton University, then later changed paths after spending a summer selling magazine advertisements. Whitman went on to obtain her MBA from Harvard Business School and starting her professional career at Proctor & Gamble. From there, she worked as a consultant at Bain & Company eventually becoming a senior vice president before leaving to become an executive at Disney, Stride Right, and Hasbro.

From 1998 to 2008, Whitman was the CEO of eBay growing the company from 30 employees and $US4 million in revenue to more than 15,000 employees and $US8 million in revenue. Then in 2009, she ran for governor of California, later dropping out in 2010. A year later, Whitman went back into the corporate world as the CEO of HP before stepping down in 2017. Then in 2018, she became the CEO of Quibi, a short-form original mobile-only platform.

I’ve wanted to speak with Whitman for years because of her breadth of experience, both in politics and at different companies, has fascinated me.

In our conversation, Whitman spoke about the difference between leading a Fortune 500 company and a startup, how to decide what risks are worth taking, what she learned from politics, how to manage during a crisis, and her best career advice.

Dan Schawbel: You’ve been the CEO of two Fortune 500 companies and are now the CEO of a startup. What do you find are the differences, similarities, obstacles, and challenges between being a CEO at a large versus small company and what did you learn in your prior positions that prepared you for this role?

Meg Whitman: I’m a big student of situational leadership. In other words, what is the situation to which you find yourself, and then what does that require? Hewlett Packard was a $US122 billion company with 325,000 employees, seven major lines of business, and 120 countries when I joined. eBay had 30 people and $US4 million of revenue, and Quibi is a startup where I’m employee number one. There are quite different challenges, as you can imagine. In the small companies, you can manage by walking around. You know everything that’s happening all the time and even today with COVID-19, I pretty much know what’s happening at Quibi. And that was almost impossible at a place like Hewlett Packard. They’re quite different in terms of the situation.

There are some commonalities and one is communication. How do we communicate the vision and the strategy of what we are trying to accomplish? And that was as relevant at Hewlett Packard, as it is at Quibi and was at eBay. The second thing is the people that you hire. You are only as good as your team. And so I’ve been very thoughtful and judicious about hiring the right people in the right job at the right time with the right attitude. That is universal whether there’s four employees, 400,000, or however many. The third thing is financial architecture. How do you make money in the business and how do you invest in the right product lines? How do you segment your customer base so that you find the true customer for your offering? That’s similar, whether it’s a little company or a big company.

DS: You’re a big believer in the importance of risk-taking, and while you’ve received a lot of support for Quibi, most startups don’t succeed. How did you decide what risks are worth taking?

MW: I am a proponent of risk-taking. I always say the price of inaction is far greater than the cost of making a mistake. I have a bias towards action and I always just look quite carefully at what the risks are. I learned something very early on in my career at Bain and Company, which is: There are three really important constituents. First, it’s customers, second is your competitors, and third is what’s your cost structure to deliver that service. Whenever I’m looking at a risk and say, who are the customers? What are the trends? Is there an open white space in the offering to meet that particular customer’s needs? Who we’re going up against as a competitor and is there a way to win? And then thirdly, what’s the cost structure and what’s the capital structure of the company. Then I look at opportunities across those dimensions and say, ok, I think this is a risk worth taking.

MW: Let’s start with the easy question, which is what did I learn from running for office that helped me in my business career and frankly, be a better CEO. I learned a lot about communication. Think about it, when politicians communicate, they don’t actually talk about the facts or figures for the most part, they tell stories and people remember the stories, they don’t really remember the details and often even the numbers. So when I got to HP and I had to get a whole huge group of 325,000 employees and hundreds of thousands of customers to embrace the new mission, I went back to that notion of it’s the stories that you tell that people remember. I’ve learned that from politics.

The other thing is politics is hard. Anyone who looks at people who run for office and says, well, that looks easy or gee, well, if I were running, I would say this, or I do something different. Until you actually do it, it’s very easy to be a commentator on the sidelines. And until your name is on the ballot, I don’t think anyone really knows what this is about. I thought it was extremely challenging and drew on a lot of skills that the career politicians would have had that I didn’t have. At the same time, I’m really glad I did it. I learned a tremendous amount. I got to see California in a way that most people don’t get to see California, but it was one of the most challenging and prying experiences I’ve ever had.

Then what can politicians learn from business leaders? You’ll hear politicians say, I’d like to run the government more like a business. Actually, the government is not like a business. While those of us in the business community say, that seems easy, let’s just run this a bit more like a business, it’s a very different thing. It’s multiple, multiple constituencies, and multiple key metrics for success. You’ve got to hold together a coalition of people. It’s very different than being a CEO, where ultimately someone has to make the decision, but when you’re a politician, you’ve got to pull together and hold a coalition. There’s some experience from business, obviously leadership and things that are helpful in politics, but not as much as I had assumed.

DS: The workplace has changed so much since you started your career and is currently going through another transformation amid the COVID-19 pandemic. What should leaders do to effectively manage their workforce during this crisis and how do you think the workplace will be transformed in the aftermath?

MW: Let me start with how I think the workforce will be transformed. I think that a lot of things will be permanently different. I think there will be a lot more reliance on video conferencing. There’s been a number of companies who say, you will have the right or the opportunity to work from home for ever if that’s what you would like to do. So I do think that how we interact with each other, how we interact as teams may well be different. I think business travel may be different.

We’ve all learned to do conversations with partners and customers that can be done anywhere, and we can be anywhere. I do think that there is no substitute for human interaction around problem solving and getting up and trying on different solutions. There is often no substitute for being in person around a creative process. So those two things probably won’t change. But, how often people come to the office, business travel, how much you can accomplish on a Zoom call, or whether it’s a Google Hangouts, or Microsoft teams, or whatever it happens to be – those tools are going to increase in importance, and I think you’ll see some interesting new tools come about.

MW: For young people and who are coming out of college or graduate school for their first or second job, you should find a company that you really admire, that you really like the product, and admire and like people that you’re going to be working with, because I don’t know about you, but I spend more time at work than I do with my family and probably have over the last 40 years. My best career advice is to love the product, love the company, and admire, respect, and enjoy the people that you work for.