“This harm that Mr. Yoho levied, tried to levy against me, was not just an incident directed at me. But when you do that to any woman, what Mr. Yoho did was give permission to other men to do that to his daughters.” – Rep. Alexandria Ocasio-Cortez, responding on the House floor to Rep. Ted Yoho’s quasi-apology. Yoho had confronted her on the Capitol steps and allegedly called her a “f—ing b–ch.” 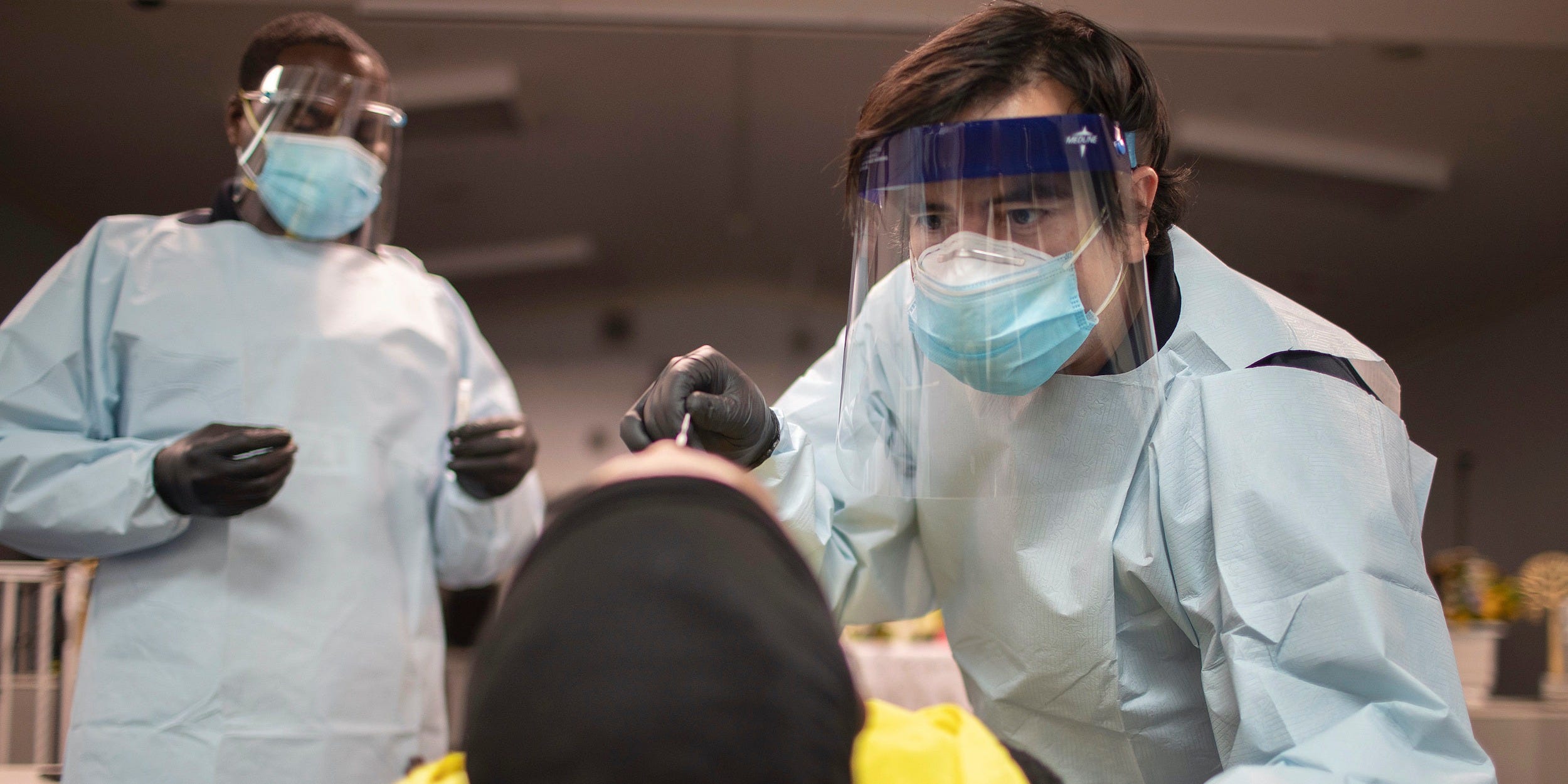 The US recorded its 4 millionth coronavirus case, just 15 days after its 3 millionth. (It took 28 days to go from 2 million to 3 million.) Deaths are topped 1,100 for two days in a row, the first time that has happened since may. And more people are hospitalized for COVID-19 than at any time since the pandemic began. This Texas hospital is so overwhelmed that it’s sending its sickest patients home to die.

President Trump cancelled the Florida portion of the Republican National Convention. That’s the part with the large gathering and crowded speeches. He made the announcement with no notice, acknowledging that the pandemic made the convention too dangerous.

China ordered the US consulate in Chengdu to close. Beijing was retaliating for the US closing the Chinese consulate in Houston the day before. 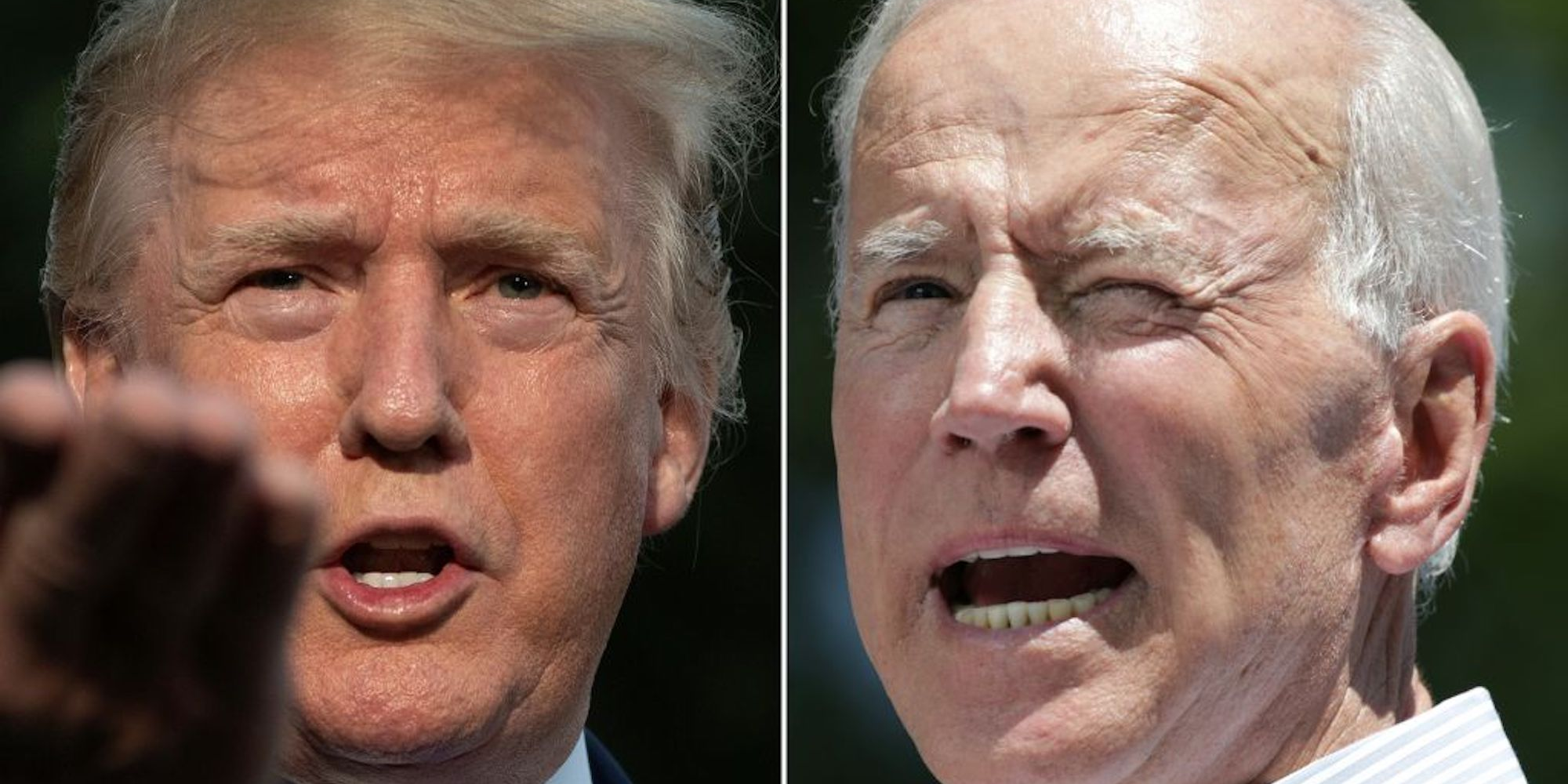 The election is 100 days from Sunday. This has been the weirdest of all presidential campaigns – hardly a campaign at all. Joe Biden, who seemingly has not left his basement since March, has quietly issued extraordinarily vast and progressive policy proposals. President Trump meanwhile has been talking about all kinds of weird things, notably the dementia test he took and the urban invasions he is ordering. The pandemic rages, recession shadows the country, and Americans have scarcely noticed that we’ve entered a very, very cold war with China.

It promises to be a strange and sad sprint to November. Here are the eight things we’ll be watching in the next 100 days.

How did Democrats get more unified than Republicans? 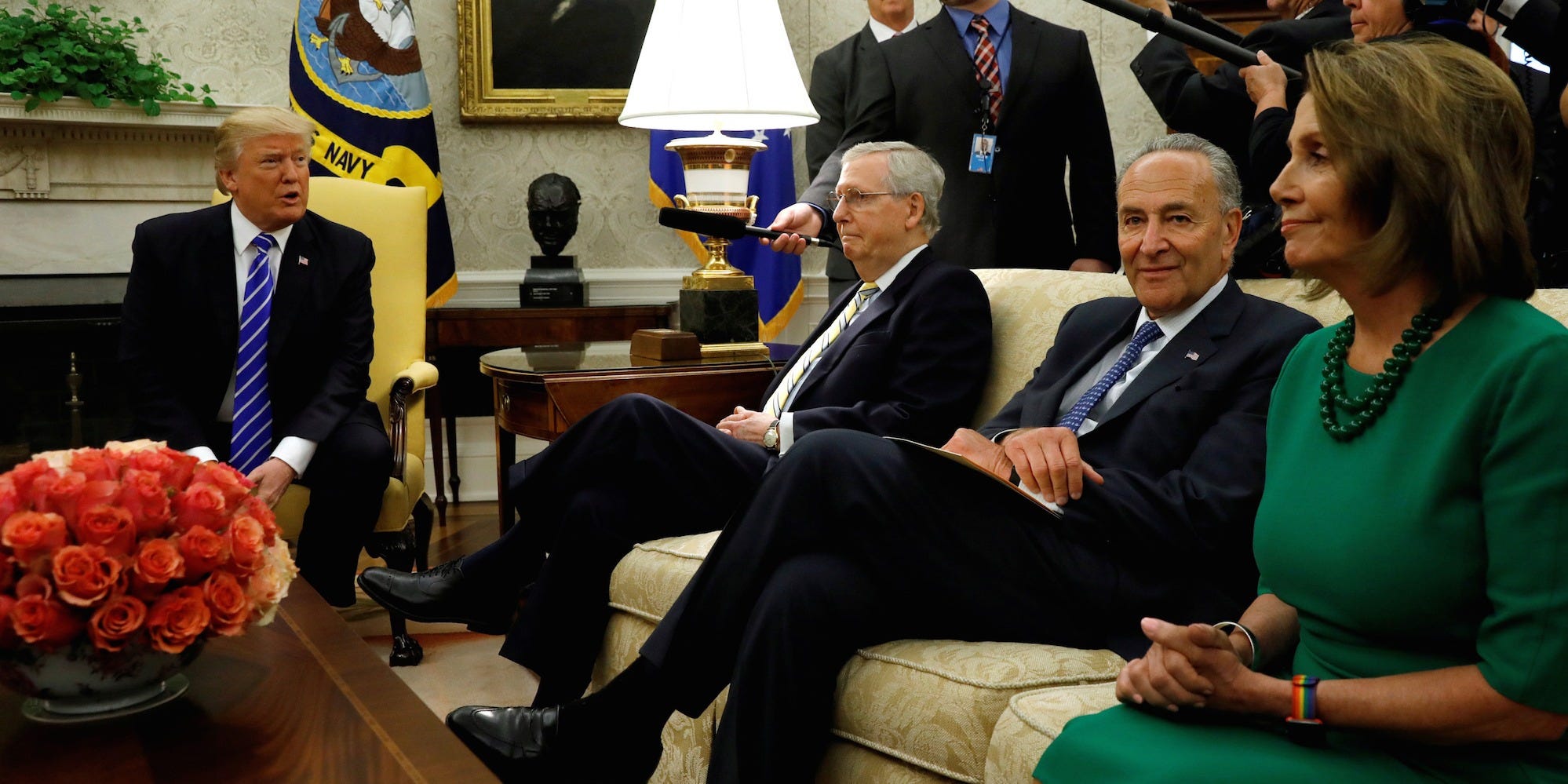 Talk about weirdness 100 days before election day – if you’d have told me that at this point Democrats would be more unified as a party than Republicans, I’m not sure I would have believed you.

As the Democratic campaign began last year, there was concern that a more progressive candidate would secure the nomination, handing Donald Trump a win as moderate voters shied away. Then, when Biden won the nomination, Democrats worried about a Bernie Bro rebellion. And there have long been whispers that the AOC-type progressives in Congress would become the same kind of annoyance to House Speaker Nancy Pelosi that the Tea Party was to former House Speaker John Boehner during the Obama administration.

None of that happened. Biden is staying quiet, and the Bernie Bros don’t seem to have much to say about him either. In Congress, Pelosi has her party marching with her in lock step.

One cannot say the same for Trump’s Republicans. Usually unified to the point of fusion, the GOP right now is engaged in a Dickensian fight over how much to cut coronavirus unemployment benefits while cases are skyrocketing across the country.

In a meeting this week reported by the New York Times only 86-year-old Senator Chuck Grassley had the sense to say sending payments to hurting Americans right before an election might be a good idea (if you want to, you know, win). The rest of the party’s younger members kept trying to outdo each other with how ideologically pure they could be by cutting spending, the economy be damned. Senate Majority Leader Mitch McConnell was supposed to present his proposal to Democrats on this matter today, but his party cannot agree, so now his homework is late.

And then there are the Senate races. Trump’s declining popularity has put the Senate in play. Democrats look likely to hold all their seats except for Doug Jones’ in Alabama. Republicans look likely to lose Martha McSally in Arizona. And besides that,a whopping six Republican-held Senate seats are in play, including Susan Collins in Maine and Thom Tillis in North Carolina. Talk about turnaround. -LL

What could have been

The chart below shows one of many differences between having a competent national response to the coronavirus (Germany) and an incompetent one (the United States).

The chart, from Pantheon Macroeconomics, shows the performance of one economic indicator – restaurant diners – from pre-coronavirus times to today. The curves mirror the less-extreme performance of the respective countries’ economies as a whole. 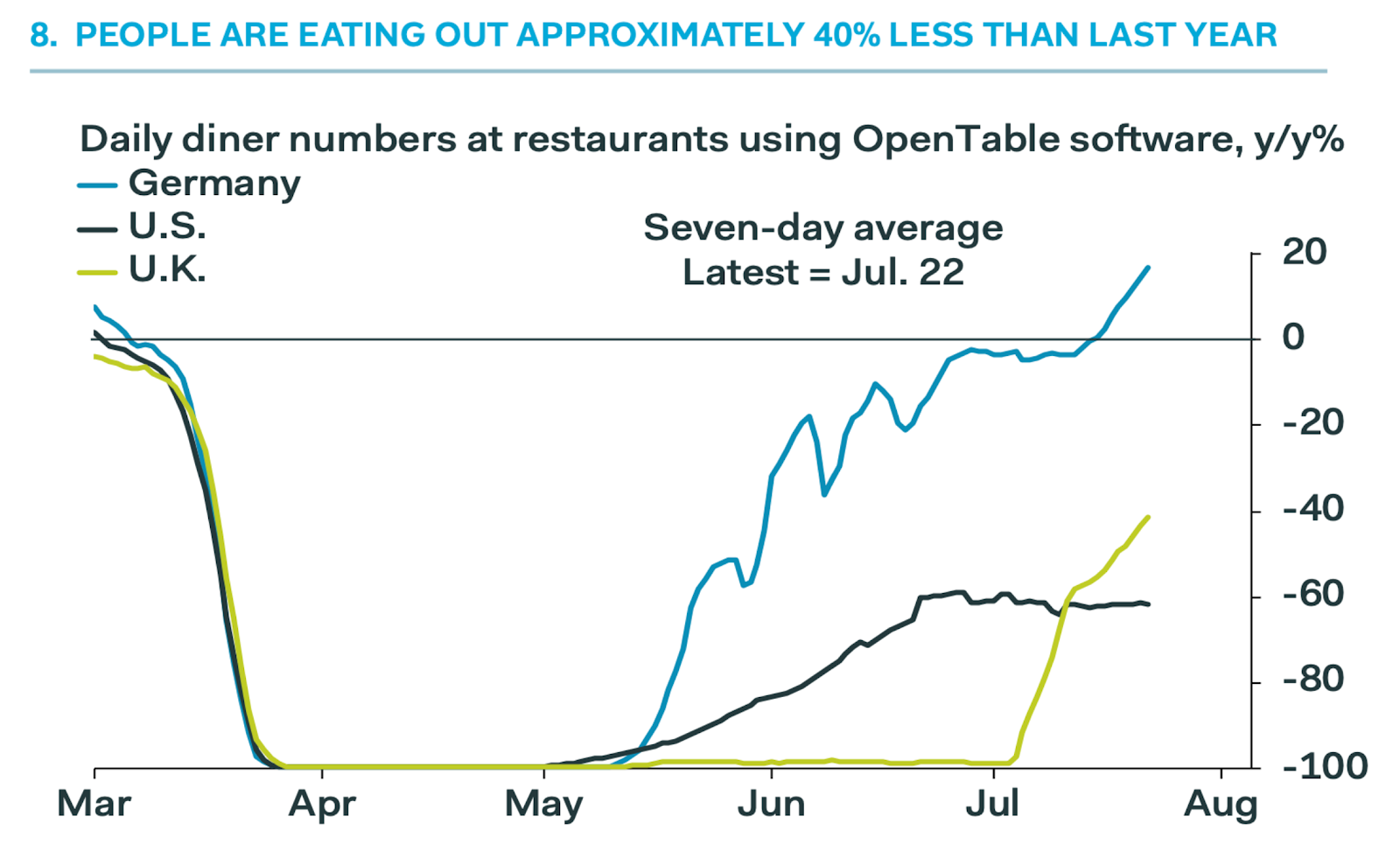 The competent country, Germany (blue), locked down fast and took care of its citizens and businesses. After a tough two months, it got the coronavirus under control. Now life and economic activity in Germany have returned to normal.

The incompetent country, the United States (black), minimized the threat of the coronavirus, bragged about having it under control, dismissed scientists, made half-hearted attempts to procure PPE and promote social distancing, declared victory too early, and encouraged local governments to reopen too quickly. As a result, the US endured the same brutal shutdown as Germany – and now its recovery has stalled.

The chart also includes the UK (gold), which began with a response that was as incompetent as the US’s, but then got its act together and corrected its mistakes. Restaurants in the UK stayed closed longer than those in the US, but activity has now recovered to much closer to normal.

Competent national leadership matters, especially in a crisis. Germany and most other wealthy countries have it. The United States does not. – HB “Presidential” is not a descriptor often bestowed on Donald Trump, and I’m not sure he or his supporters consider that a slight.

He wasn’t elected to carry on the mythology of the Oval Office, he was put there to burn it down.

And yet, whenever he does something wholly unremarkable for a US president – like read off a teleprompter or unilaterally bomb a foreign country – the pundit chorus belts out a collective refrain that this is the moment when Trump truly became president.

In an alternate reality where the president is actually seen as the public servant they are, “presidential” would signify a chief executive putting the interests of the country over their own political survival.

After Charlotte refused to allow mass gatherings for the RNC, Trump took his party and moved it to Jacksonville. But now that Florida is the nation’s coronavirus epicentre, Trump came to the belated realisation that holding a totally unnecessary three-day campaign rally there is dangerously irresponsible and sends the absolute wrong message to a country where the virus continues to spread with abandon.

Trump wanted his yuge event to project “strength” compared to the stripped-down Democrats convention-by-Zoom. His aides reportedly convinced him that the negative press he’d attract for hosting a potential super-spreader event would be a net loss.

So even though Trump did ultimately act in his own self-interest, there’s nothing he’s enjoyed more about the presidency than giving rambling incoherent speeches before adoring throngs of registered voters.

By wilfully giving that up, Trump, for a brief moment, became presidential. – AF

The temporary nickname for the Washington football team is the “Washington Football Team.” 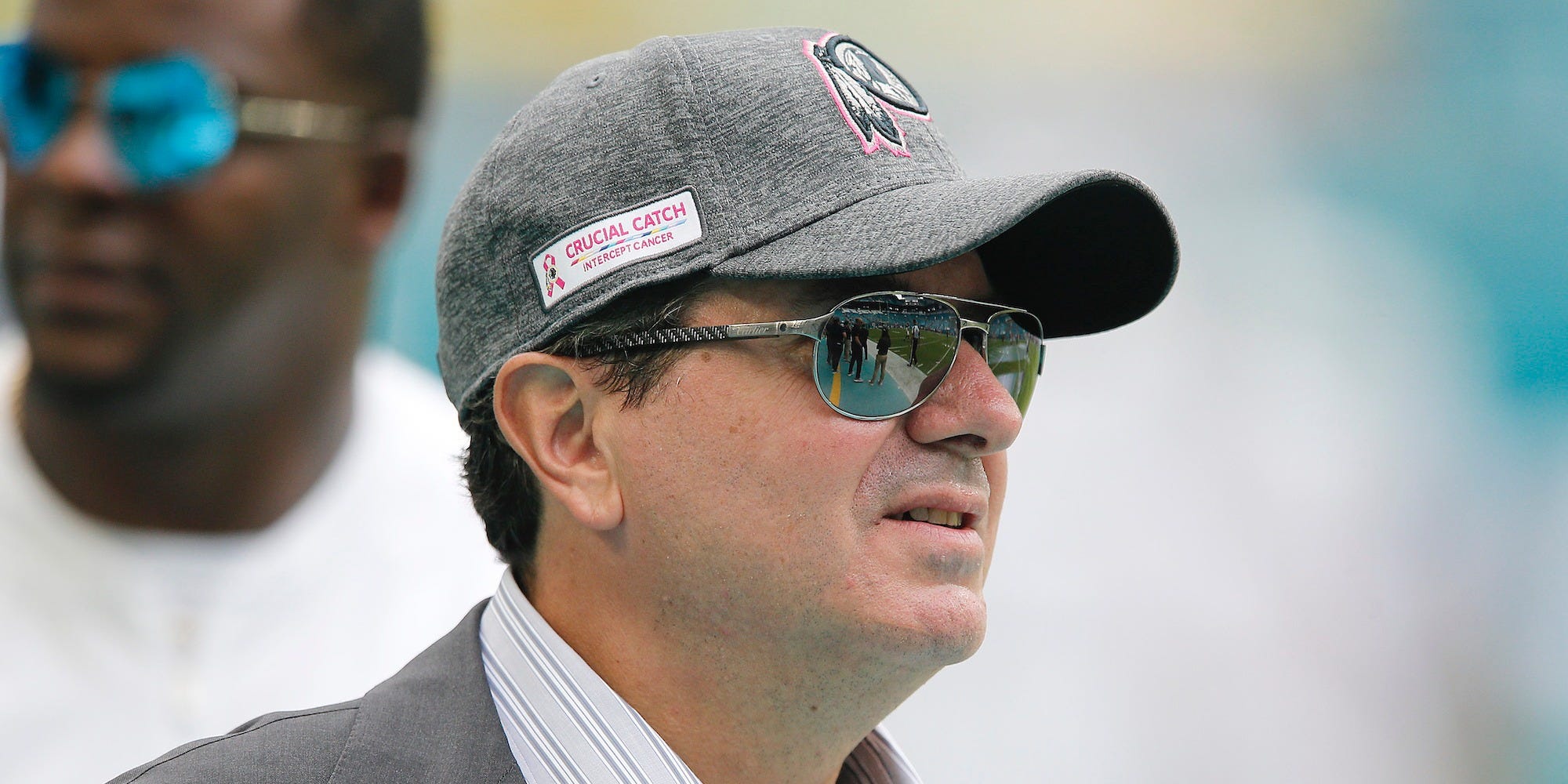 Having finally dropped its racist nickname, the Washington football team will play this season as…The Washington Football Team. The team, which could be abbreviated WFT on TV chyrons – or perhaps more accurately WTF – will spend the season figuring out the right new name, preparing to rebrand, and presumably buying out competitive trademarks.

If it were any other owner, you’d say it makes sense to take time to do the rebranding right. Since the team is owned by Dan Snyder, however, fans can assume that the eventual rollout of the new name will be grotesque, and accompanied by some fan-soaking scheme. (Would Snyder bar fans from wearing their old jerseys to the stadium in order to get them to buy new ones? You bet he would!)

Snyder, with his usual Snyderness, has also managed to pick a temporary nickname that people will despise. In this year of misery 2020 is there anyone outside the Beltway who hears the word “Washington” and doesn’t shudder with disgust? – DP

Republicans won’t unveil their next coronavirus relief bill until next week. They’d been trying to finish it by yesterday, but infighting stalled them. Expanded unemployment benefits will expire for millions before their relief bill is even considered.

Goldman Sachs agreed to a $US3.9 billion settlement with the Malaysian government over the 1MDB scandal.Malaysia agreed to drop criminal charges and to abjure any future charges against Goldman executives. The agreement clears the way for Goldman to settle with the Department of Justice. 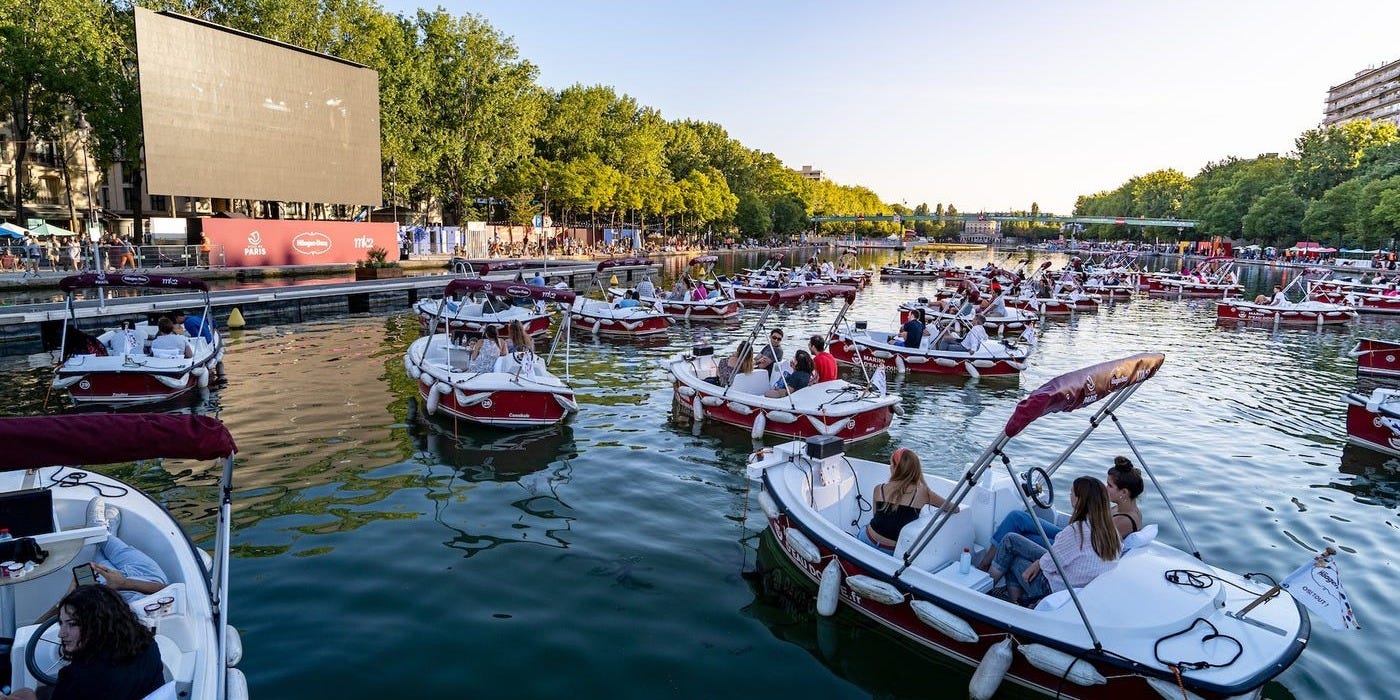 A stunning video shows the Statue of Liberty being struck by lightning. It’s a metaphor, if you want it to be.

Paris hosted a floating movie theatre.Parisians watched on socially distanced boats, and the photos are lovely. 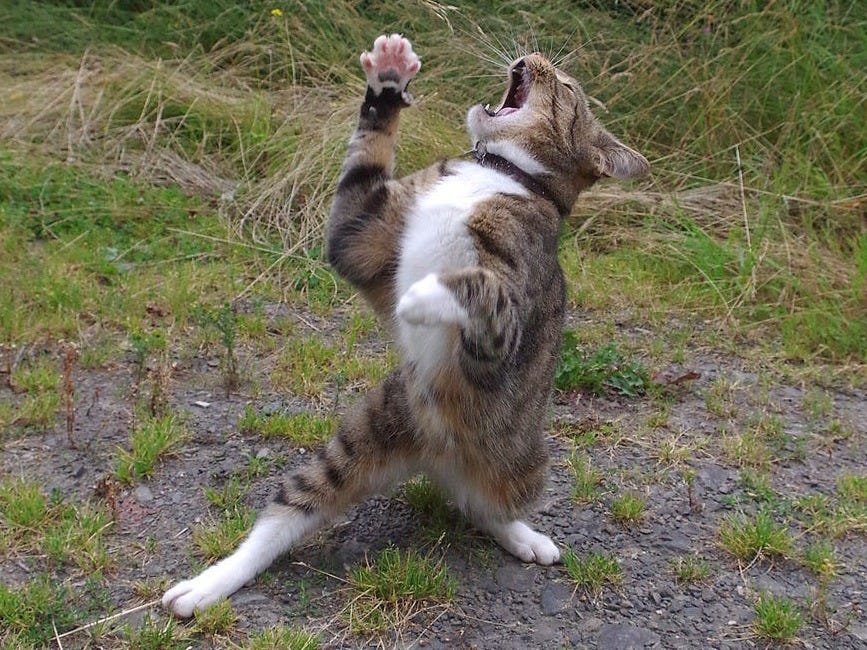 Mnuchin says GOP proposal would send a second round of $US1,200 stimulus checks to the same people.Some Republicans want to send checks to a smaller group, or even not send anything.

The Comedy Pet Photography Awards are a real thing, thank goodness. And here are 16 of the best pictures submitted so far.

A concentration camp guard was convicted of 5,232 counts of accessory to murder in one of the last Nazi trials. Bruno Dey is 93 years old, but was tried in a German juvenile court since he was only 17 at the time of the crimes.