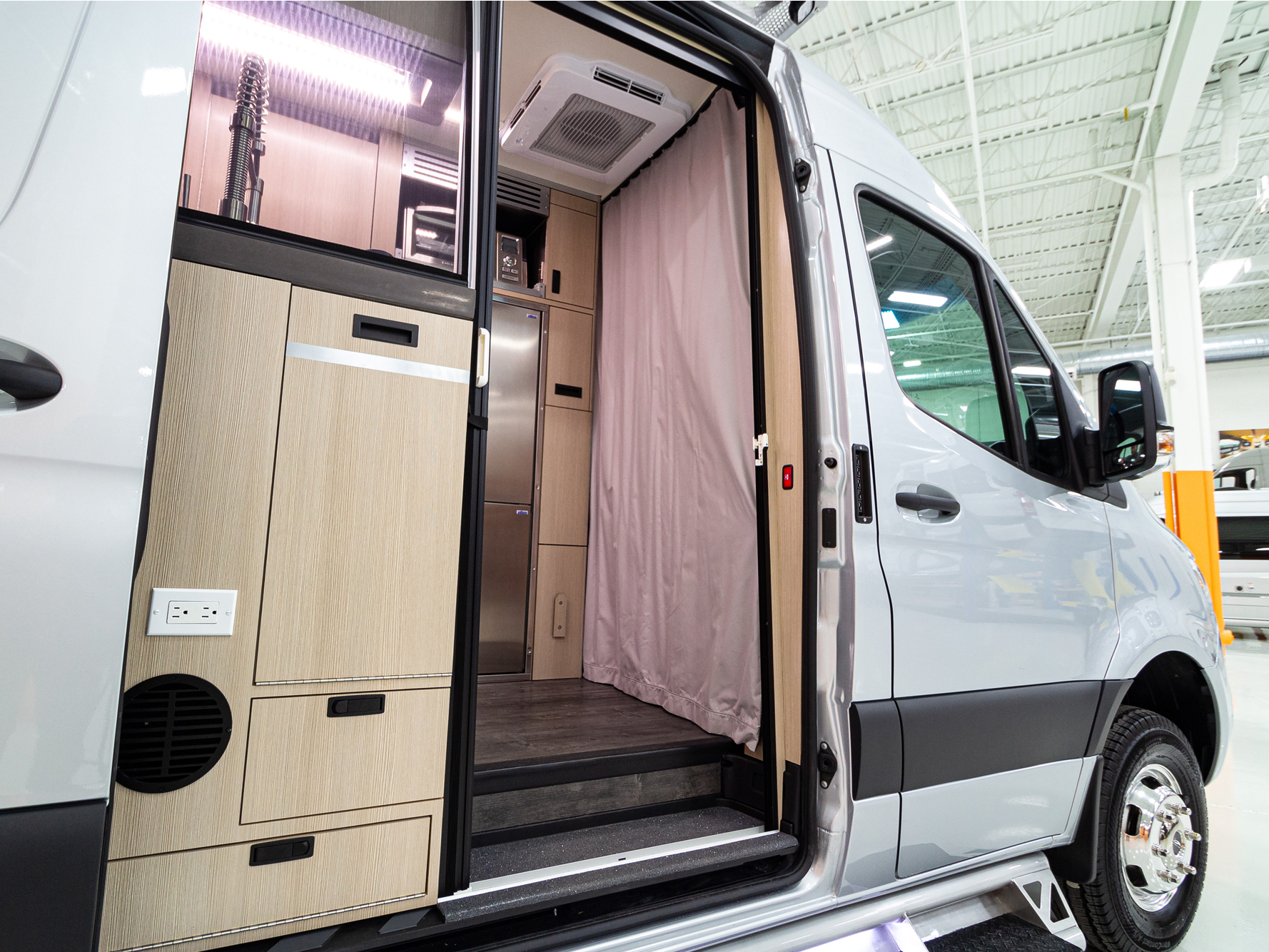 Living in a van no longer means being a “hippie.” For some people, living in a van now means a sense of freedom and mobility that isn’t possible with a traditional home. The #VanLife community has now expanded to include digital nomads, travellers, minimalists, and more.

The camper van community has also recently been featured in the national spotlight. In March, camper van conversion company Boho Vans was featured on “Shark Tank”, where company owners Brett Ellenson and David Sodemann were able to secure an investment from Barbara Corcoran to the tune of $US150,000 cash upfront and a $US150,000 line of credit for a 10% stake.

With all of this attention, it’s no surprise that camper van conversion companies have seen a surge in client inquiries during the coronavirus pandemic.

“People are trying to figure out what they can do,” Ready.Set.Van’s CEO and founder Benjamin Fraser told Business Insider. “Getting in a car and going somewhere is something most people feel like they can do.”

There are many ways to purchase a camper van, from doing it yourself to seeking help from a conversion company. Here are the seven questions you should ask yourself if you’re looking to purchase your own tiny home on wheels.

Why do you want a camper van? 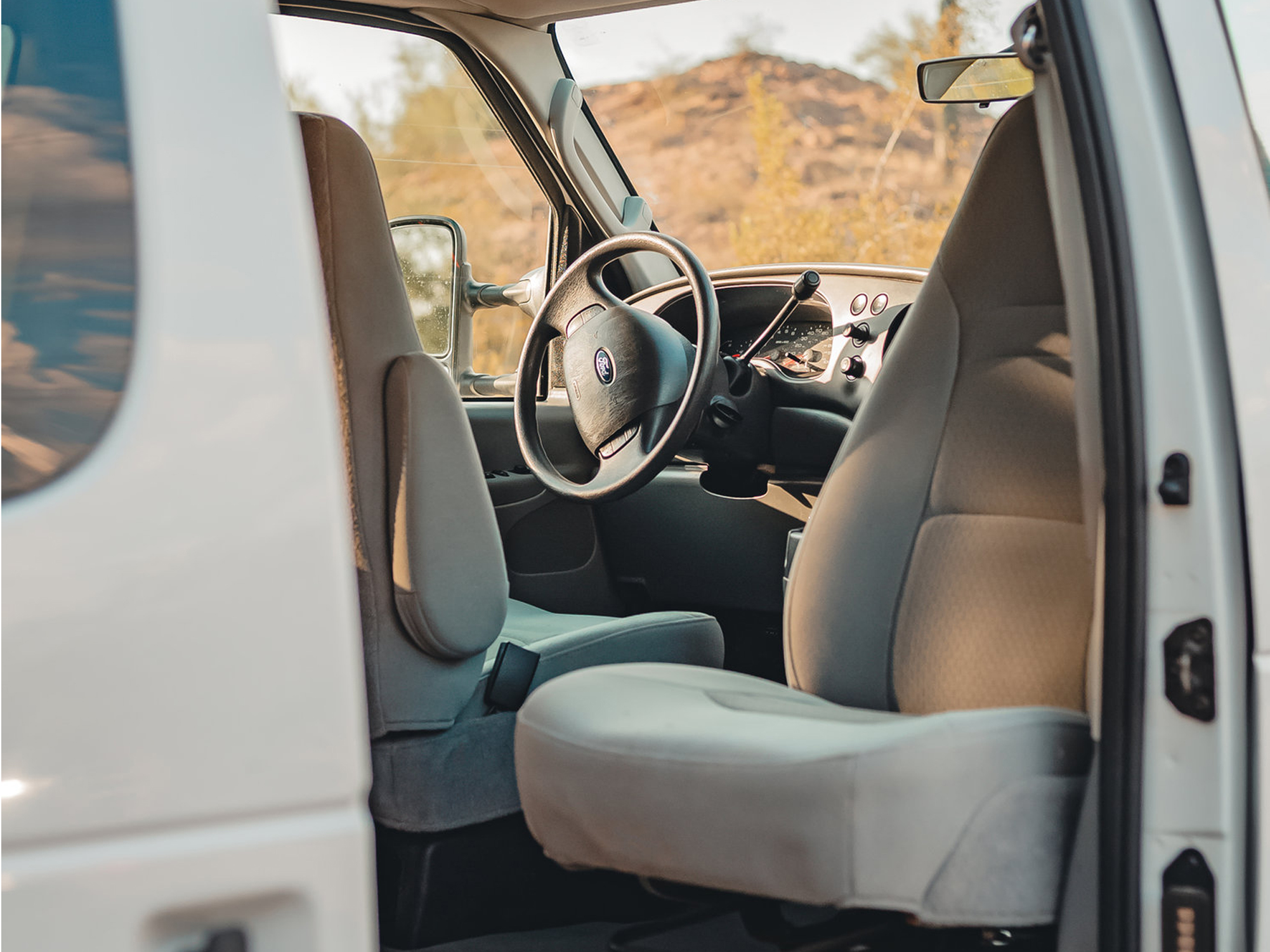 Establishing your reasons for wanting to purchase a camper van will allow you to figure out what you want inside of your van. For example, if your plan is to live in the van from Saturday to Sunday for weekend warrior adventures, you might not need a large battery pack or water tanks.

But if you plan on living in your van full-time and off-grid, your build may require a larger battery pack, solar panels, or an inverter.

More importantly, clarifying why you want a camper van is important because the final product could potentially amount to a more than $US100,000 investment for a custom build. If you want a camper van for an occasional annual trip, the big-ticket price might not be worth it. But if you plan on using the camper on a weekly or daily basis, or for extended periods of time, it may be.

“Have patience with yourself and do research in order to get comfortable and to know that it’s something you want,” Gianna Bachowski of Our Van Quest told Business Insider. “Sometimes, you have to get a little uncomfortable, so trusting in that process is important.” 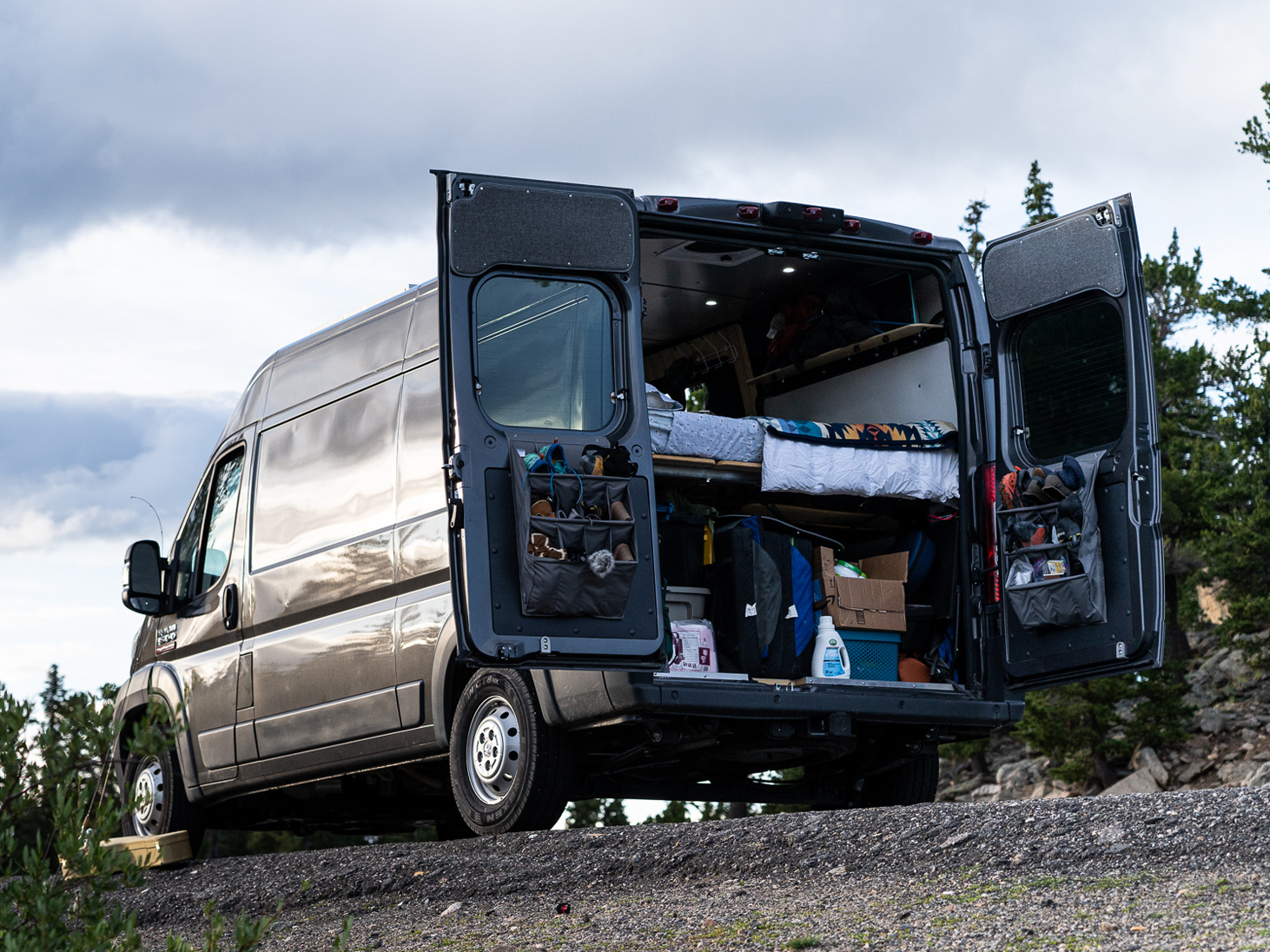 The big budget question also affects how you want your camper van to be converted.

If your budget is in the single-digit thousands, you may want to consider doing your own conversion or purchasing a conversion kit, such as the $US5,196 to $US11,394 kit from Wayfarer Vans.

If you want a camper van just to be able to sleep in your car, maybe owning an entirely outfitted van might not be the best choice. Lean towards options like an inflatable car tent or a bed-in-a-box instead of a converted van.

And if you’re just investing in a camper van because you want a full kitchen on the road, there are also kitchen units that are designed to be placed in the trunk of a car.

For those who want a custom converted van, the possibilities are endless, but so is the possible price tag: some fully converted campers could eventually amount to the price of a small home.

If you have a higher budget but don’t want to design a custom build, several companies also offer fully converted and designed vans at a higher cost. For example, Airstream recently unveiled its 2020 Atlas built on a Mercedes-Benz Sprinter for $US238,000.

For those who want a full conversion but don’t want to cough up life savings, there’s an in-between option. There are several companies in the market that offer less expensive non-custom conversions done in-shop. By having a set universal interior design, companies can streamline their production and material sourcing process, therefore decreasing the price of the final conversion.

What van base do you want? 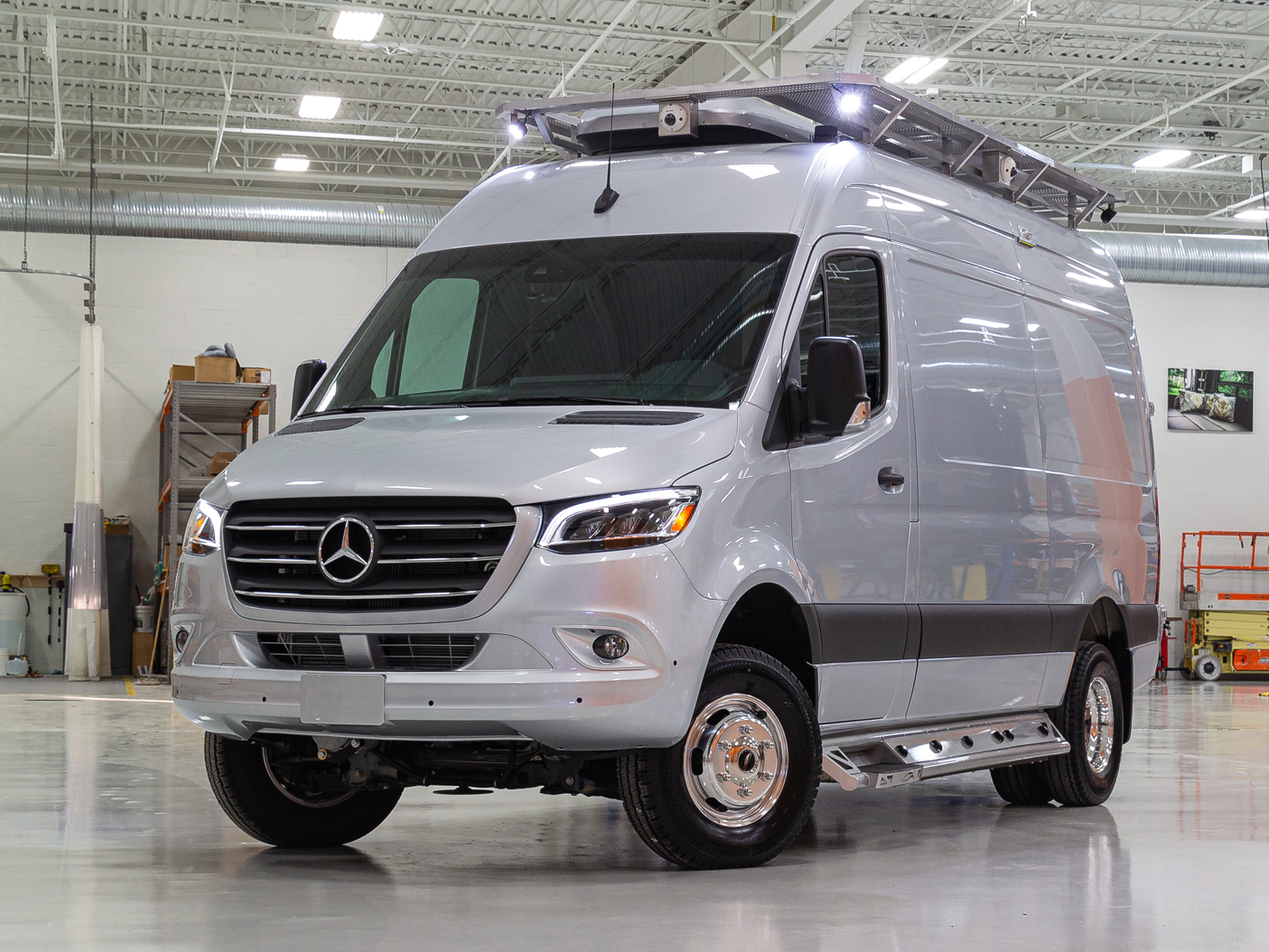 Many camper vans are built on the wildly popular Mercedes-BenzSprinter. However, the Sprinter is undeniably more expensive than a RamProMaster, another popular camper body.

Several conversion companies also use the Ford Transit van as the starting base. A 2020 Ford Transit Cargo has an MSRP of $US34,510.

When do you want your camper to be ready? 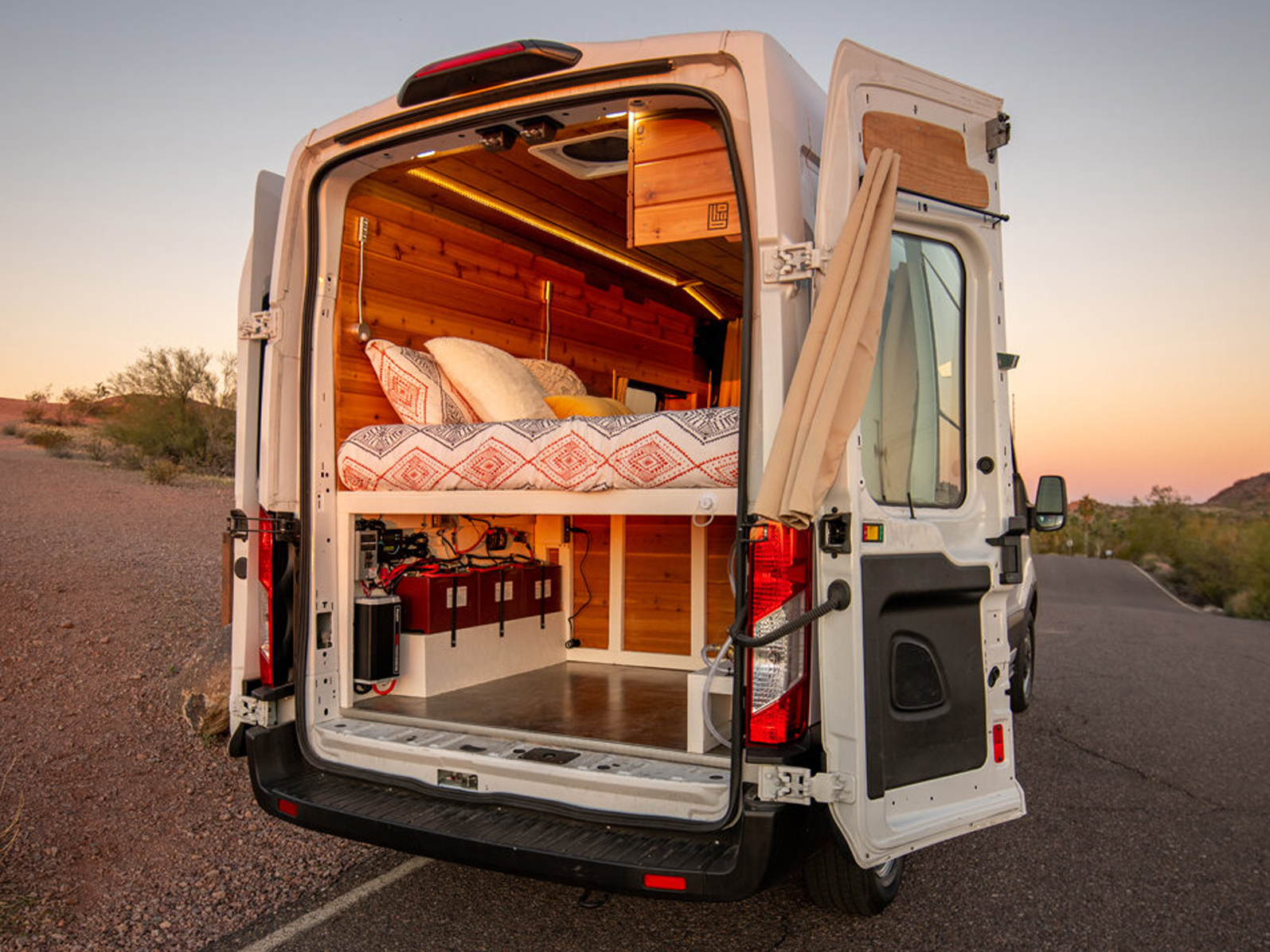 Knowing when you want your camper to be ready to go could affect how you go about converting your van.

If you plan on doing it yourself, setting a time you want to complete your conversion project by will allow you to create a week-by-week or month-by-month schedule.

However, if you plan on using a company to create a custom camper, the wait could be between several months to over a year, depending on the time it takes to convert the van and the company’s potential waitlist length. For example, Vansmith is normally booked two to three months in advance but spends about five to eight weeks creating its builds.

For example, Campovan spent four months on its custom Sprinter-based camper with a Japanese soaking bathtub, while Cascade Campers – which has a uniform conversion process across all of its vans – only spends three days on its builds, albeit the final product won’t be to spec.

What are your must-haves and things you would like? It’s important to have a list of items you absolutely need, and amenities that you would like but don’t consider essential.

Vans are undeniably small, and it’s important to plan according to the size of the space, especially since it might be difficult to fit larger items, like a toilet. Having a list of must-haves before starting the building process will allow you to design your van around items that you consider a necessity.

In the end, sacrifices in the “must-have” list may have to be made, but that doesn’t mean there aren’t workaround alternatives.

It’s important to remember that what may be a “must-have” in an actual home might not be as important in a camper van. For example, an indoor and enclosed shower space may take up too much precious interior space, but if you consider a shower unit necessary, it might be worth implementing an outdoor shower instead.

“It is a small space, so what we try to do is figure out what kind of gear [would you] be hauling, and then what are your top gear needs, and then just get creative,” co-owner of Freedom Vans, a camper van conversion company, Kyleigh Rogers told Business Insider. “Every person’s needs are so different.”

“There are some compromises in the small space, but if you’re willing to have more modular [design], you can fit more things in there,” Rogers continued.

Could any of the amenities you want play double duty? Using some creativity could help conserve space. In the end, the goal is to optimise the small van to fit as many features as you want, while still creating a space that doesn’t feel cramped.

For example, instead of creating a “living room” and seating area, make the passenger and driver seats swivel so they can face the interior space. Or if you find that there isn’t room for a heating unit, make your diesel cooktop work double duty as a heater to warm the interior of the van, like what Campovans implemented in its custom Sprinter build. 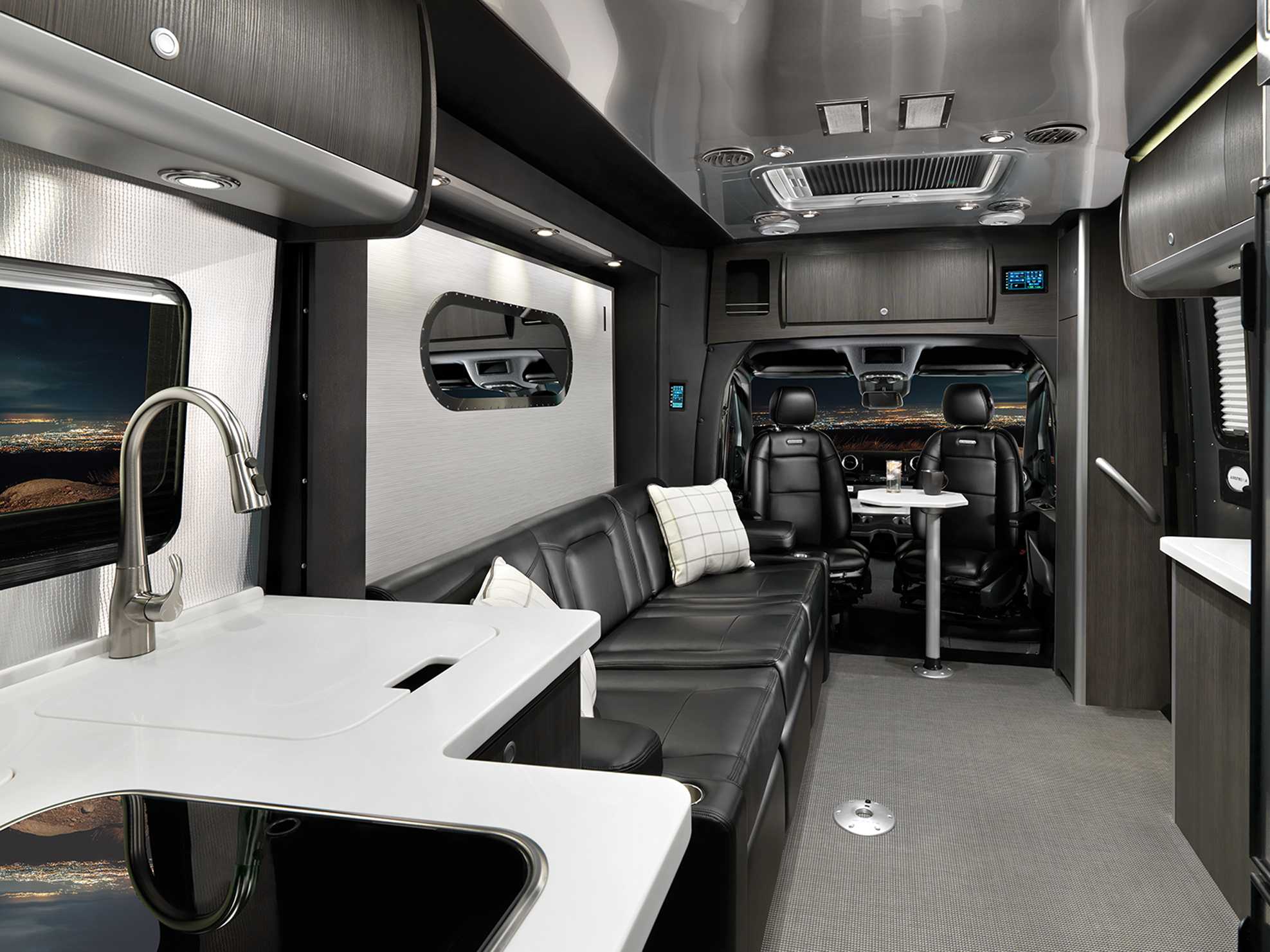 If you’re looking to find a conversion company, it’s important to note that different shops have different design styles. While you’re creating your vision board for your own camper van, make sure you have an idea of how you want to style the interior of your van and try to find a company that best reflects this. If that’s not possible, look for a conversion company that can create everything custom and from scratch.

When it comes to picking a company, Rogers notes that it’s important to find one that not only compliments your vision but also communicates well with you.

“Even after getting the van, if you have questions about it or if something happens, you want to feel comfortable like reaching out to [the company] and talking to them about it,” Rogers said.

Where do you plan on taking your camper? 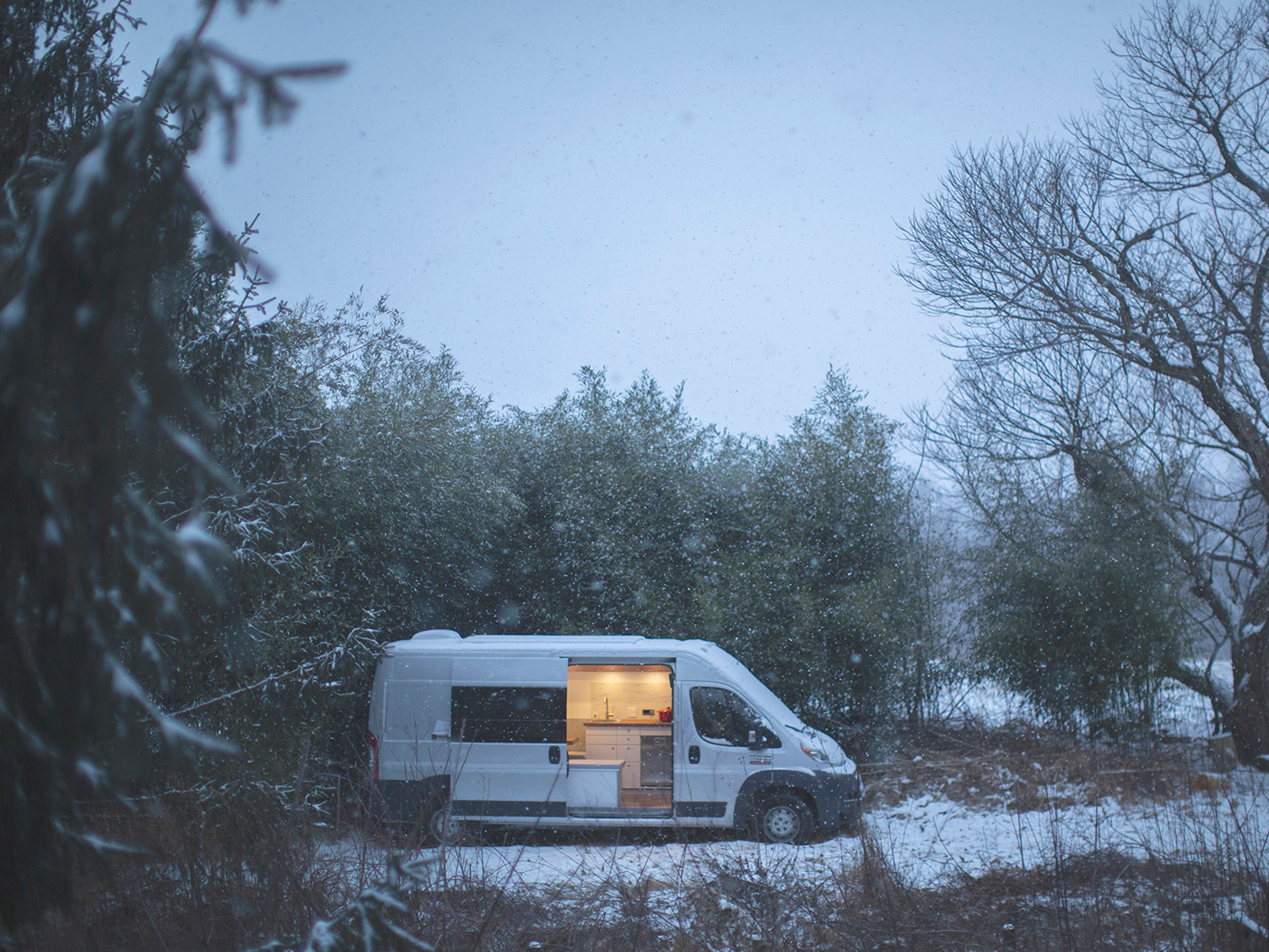 It’s important to outfit your camper according to where you may want to travel to. For example, if you plan on staying in tropical places, a heater may not be as necessary as an air conditioning unit or fans. Maybe even consider an awning so you can lounge outside your van in the shade.

But for those who want to brave the winter winds in a van, extra insulation and a heater may be key.

If you plan on trekking through uncharted terrains in your camper van, you might need exterior protective gear, such as a grille bar, or systems that could improve the van’s handling off-road, such as better tires or a suspension lift kit.